HARRY Potter star Tom Felton was smiling and joking on the golf course at the Ryder Cup before his shock collapse.

The actor was competing in the six a side Ryder Cup Celebrity Match in Wisconsin when he fell ill and was taken to hospital. 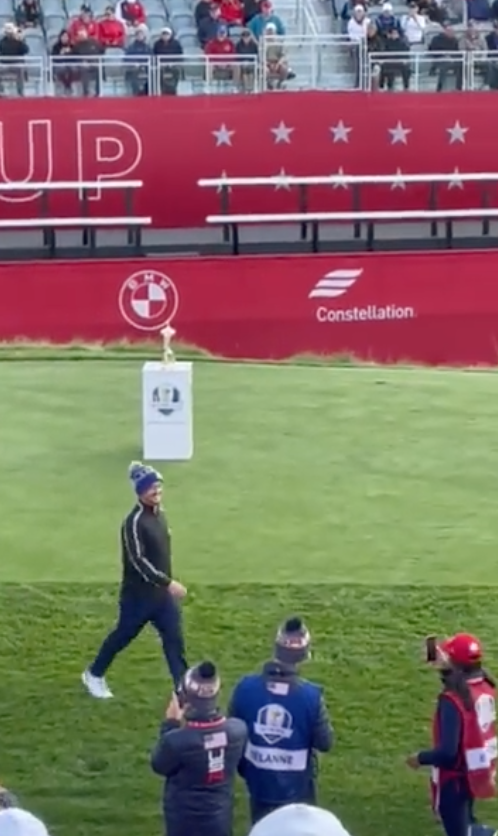 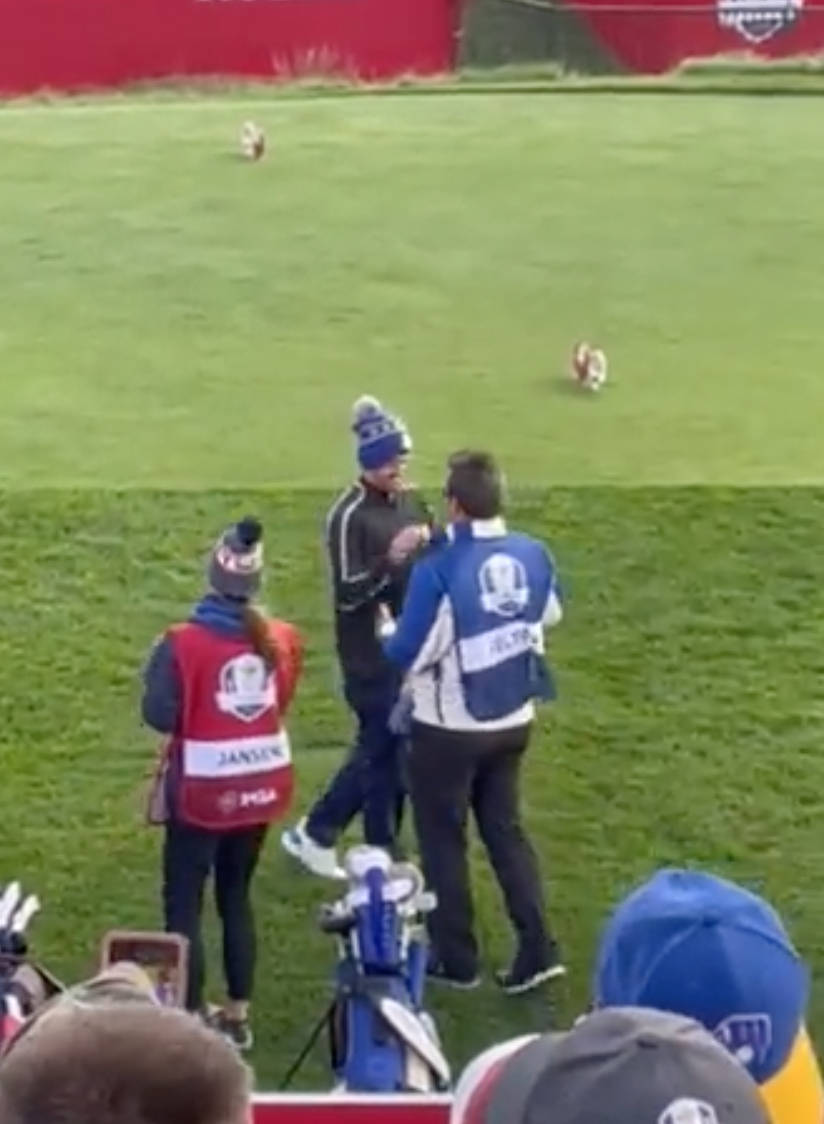 He was competing in the contest between Europe and America and Brit Tom, who had recently celebrated his 34th birthday, appeared in good spirits at the competition wearing a woolly hat, warm jacket and tracksuit bottoms.

In a video circulating online he strolled across the grass while smiling as the crowd cheered, and even pretended to trip up in front of a fan filming him from the sidelines.

He had earlier posed for photos with his celebrity teammates showing no signs of being ill.

Later that day he collapsed at the 18th hole of Whistling Straits with onlookers immediately rushing to his aid.

He was carried onto a stretcher attached to the back of a buggy and driven off.

Spectators gave the actor a warm round of applause as he headed away to receive further treatment from medics.

His current condition is unknown, but he was conscious when medics arrived.

Felton was competing for Europe in the six a side Ryder Cup Celebrity Match, which is now a traditional curtain-raiser for the real thing.

The star is best known playing Harry Potter's nemesis, Draco Malfoy, in the film franchise based on book series by JK Rowling.

He landed the hit role at just 14 years old – catapulting him to global stardom.

Yesterday as he celebrated turning 34, he told fans: "The best is yet to come".

Felton wrote on Instagram: "33 years done – good lord it’s been so much fun getting here – yet, somehow, I still feel the best is yet to come.

Fans rushed to send their well wishes to the star.

"Sending well wishes and good thoughts your way. Hope everything is ok," one wrote.

Another added: "Tom I'm sorry for what happened to you, God willing you'll be alright again, I'm sorry I'm so far away from you but know I love you so much, a lot of people love you." 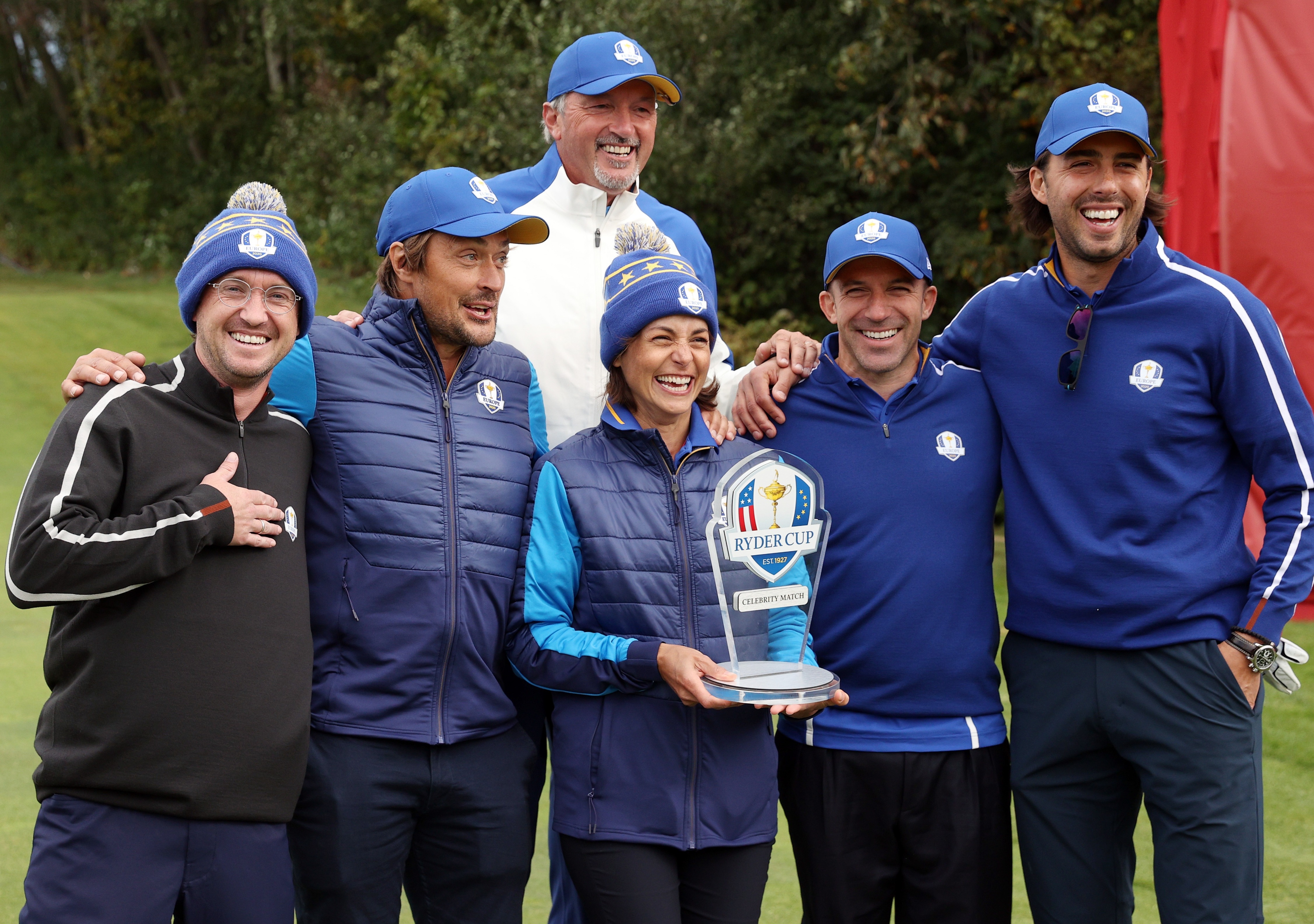 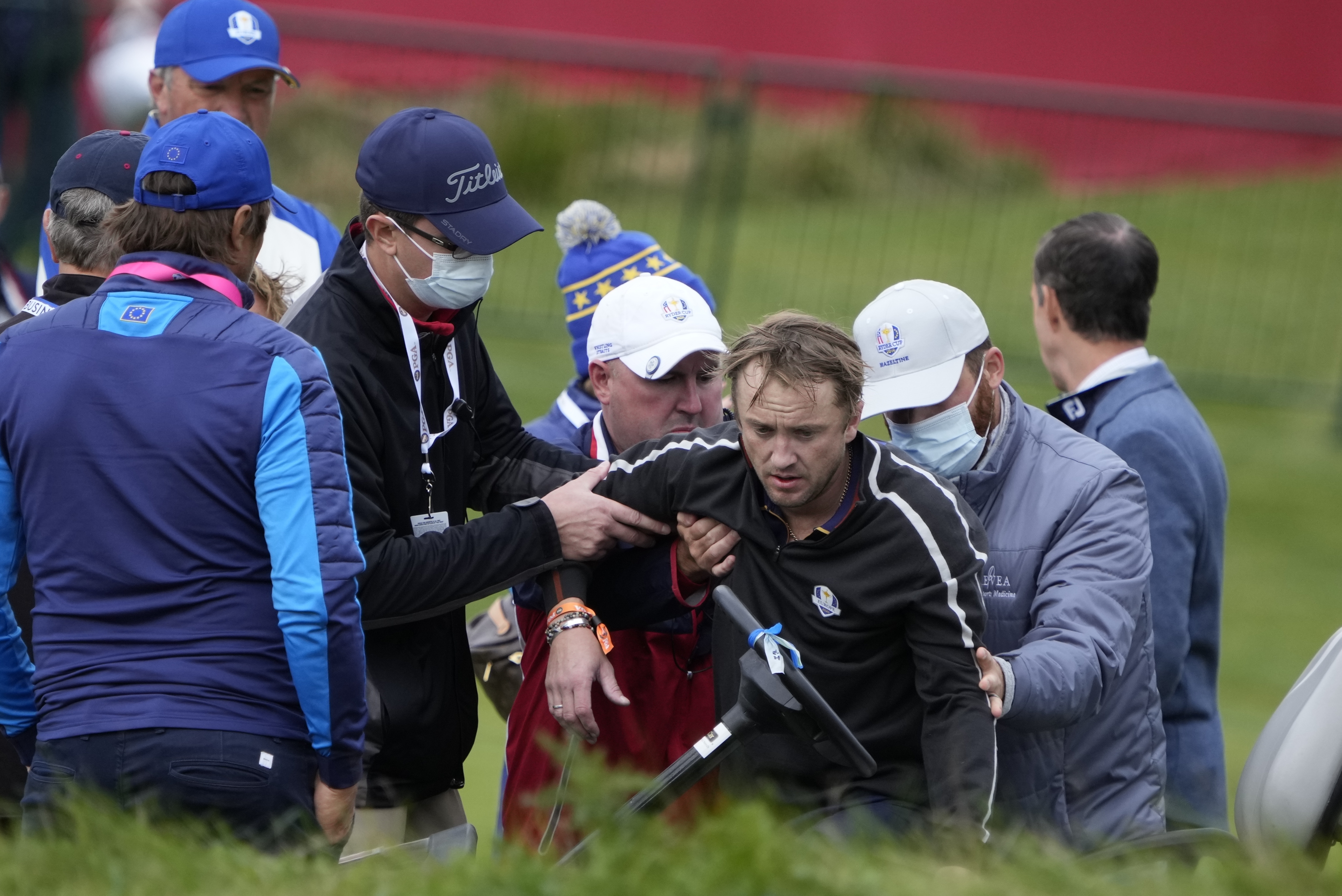 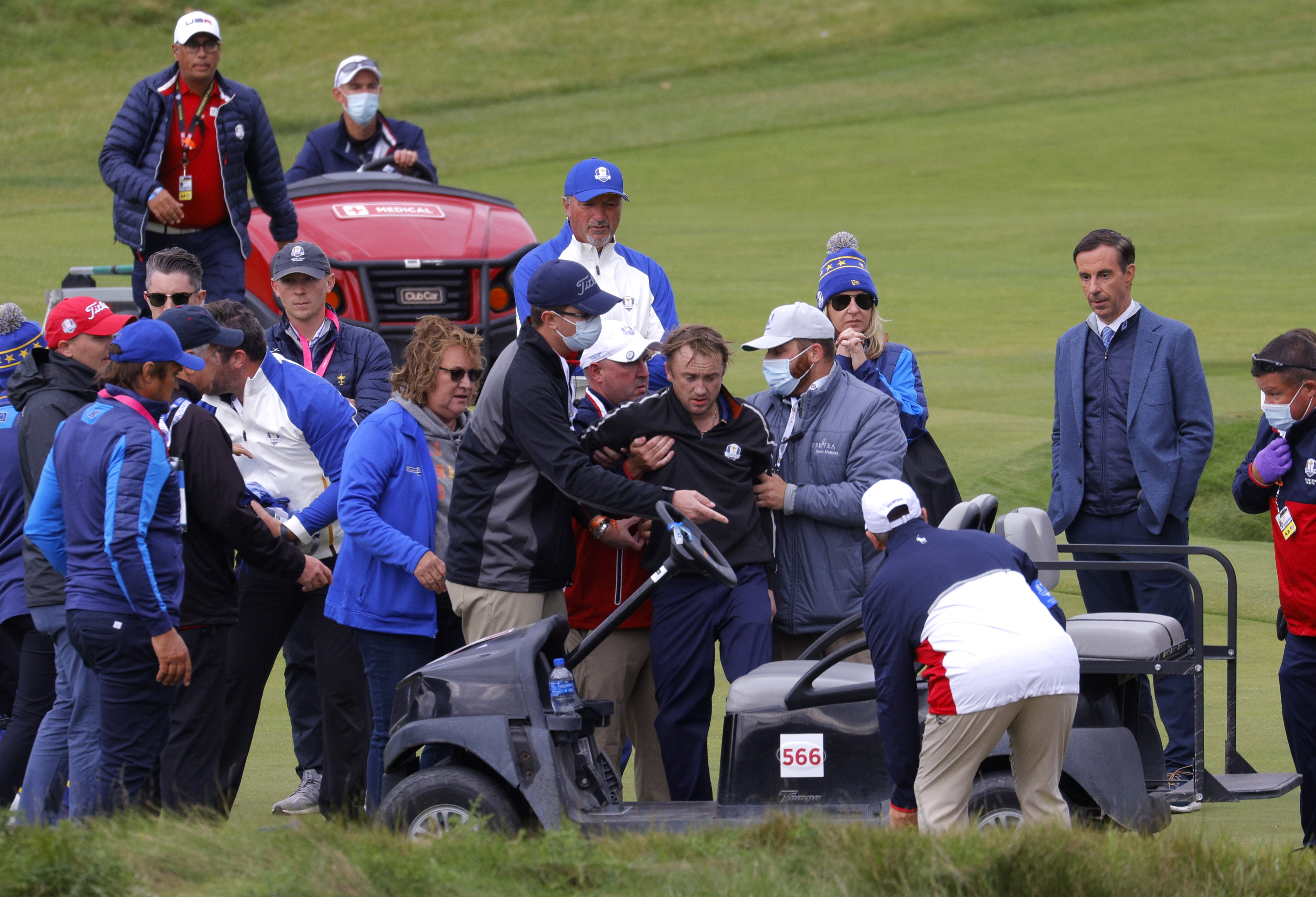 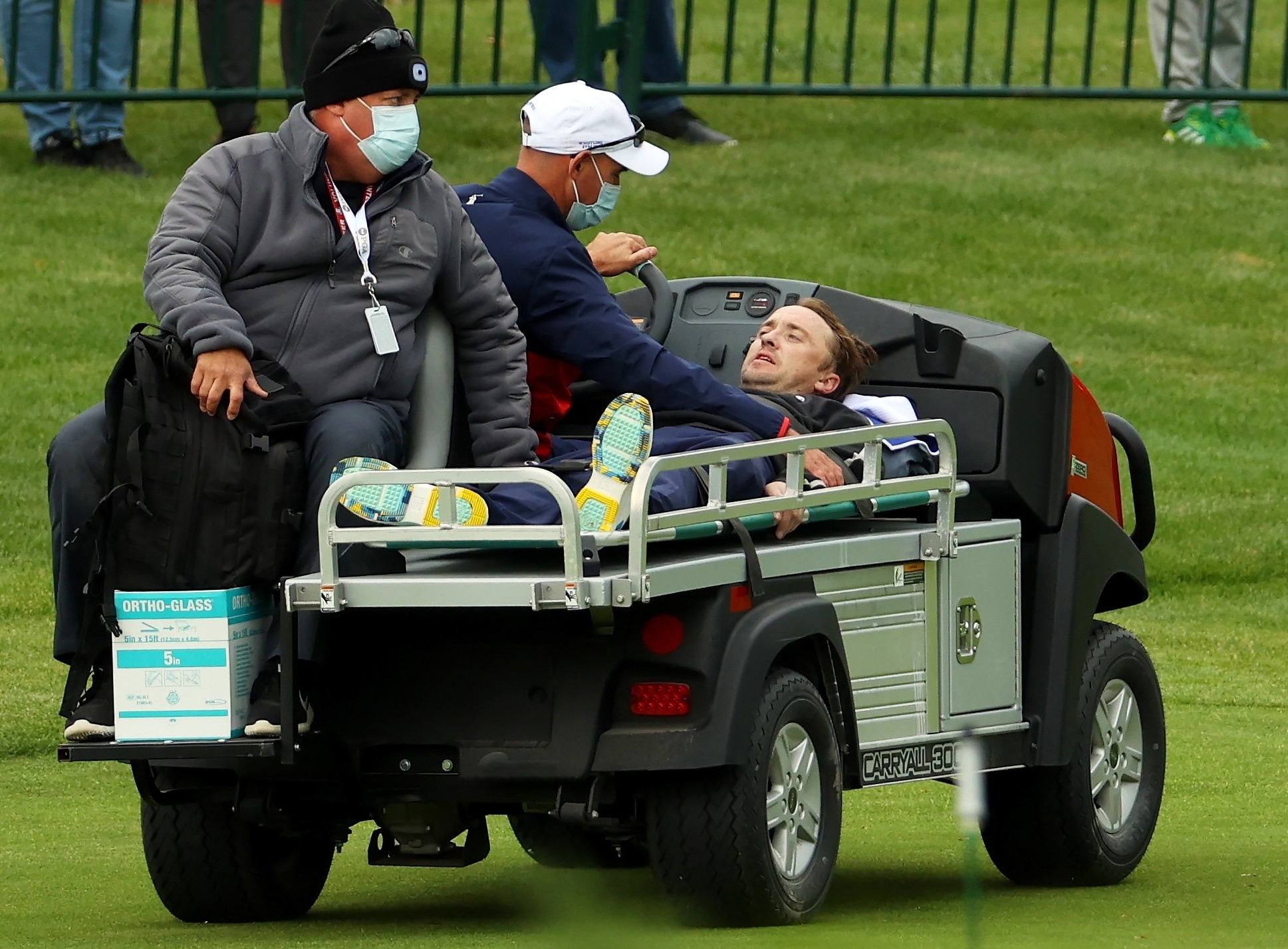