WandaVision was not supposed to be the launchpad for Phase 4 of the Marvel Cinematic Universe. However, the coronavirus (COVID-19) pandemic caused Marvel to shift its plans. As it turned out, WandaVision arrived at just the right time for fans. But that doesn’t mean the show’s songwriters don’t have some regrets. For instance, they wish they had drawn inspiration from Michael Jackson’s iconic “Thriller” for one sequence. 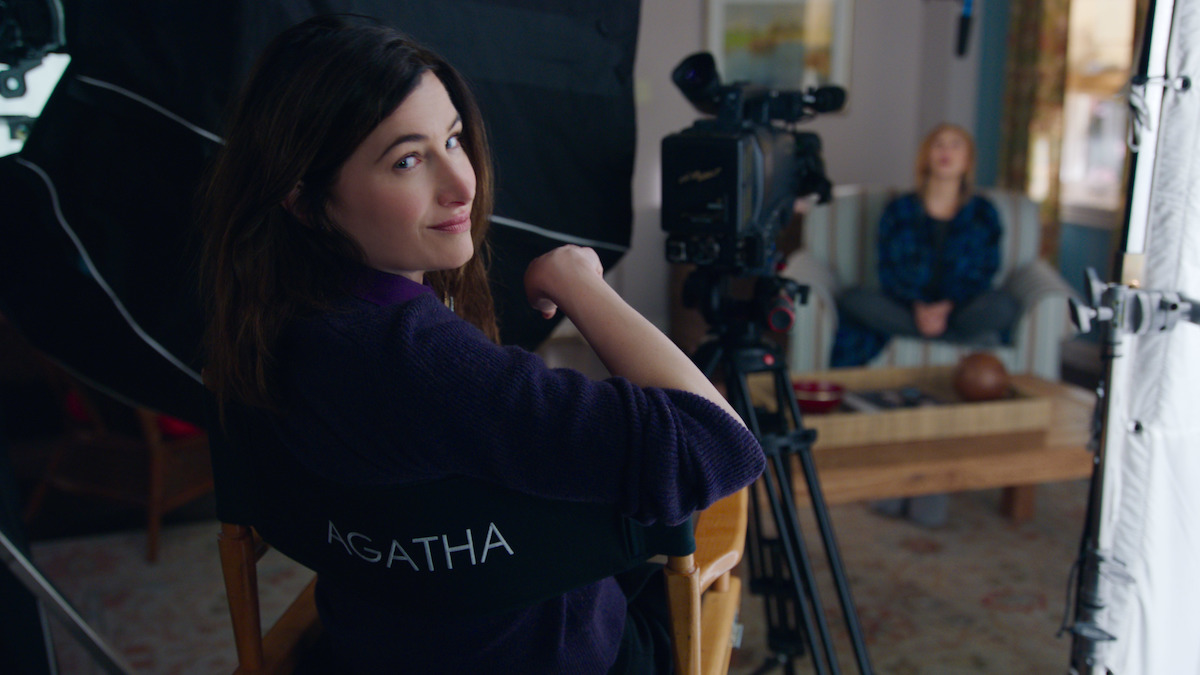 As the first MCU TV show produced by Marvel Studios, WandaVision would have always felt like something new and different. But the series’ inherent connection to classic TV sitcoms distinguished it even further from anything Marvel had ever done. Journeying from one decade to the next, WandaVision takes viewers along for the ride not only visually but musically as well, thanks to a series of familiar-sounding TV theme songs.

To write these tunes, Marvel reached out to Oscar-winning songwriters Kristen Anderson-Lopez and Robert Lopez (Frozen, Coco). And the duo managed to expertly distill each decade of TV comedies into a handful of opening theme music. From a jaunty tune inspired by The Dick Van Dyke Show to an instrumental that takes his cues from The Office, Anderson-Lopez and Lopez thread a single melody throughout each and every style.

‘Agatha All Along’ should have been inspired by Michael Jackson, the songwriters said

Of course, one of WandaVision‘s many original songs stood out. In the final moments of episode 7, Agnes (Kathryn Hahn) reveals her true identity as series villain Agatha Harkness with the catchy “Agatha All Along.” The song — inspired by spooky TV themes such as The Munsters and The Addams Family — went viral, becoming a hit single on the iTunes and Billboard charts. But the sequence could have been very different.

“Looking back, I really wish we had pitched that when Agatha had control of the whole town, she made them do some sort of ‘Thriller’ moment,” Anderson-Lopez recently told Rolling Stone as part of a detailed breakdown of WandaVision‘s success. “If we had known the way the songs were going to hit, I think we would have wanted to have a big finale. But we had absolutely no idea.”

In the Rolling Stone piece, Lopez admits he and Anderson-Lopez relied heavily on Hahn’s guidance. After all, the songwriters weren’t as hands-on with the show’s tone or story. So, of course, they wouldn’t have realized whether the residents of Westview breaking out into a big dance number would have fit. Still, looking back, perhaps all fans really needed was that montage of Agatha secretly pulling the strings the whole time.

When will Agatha Harkness return to wreak more havoc in the Marvel Cinematic Universe?

WandaVision doesn’t completely close the book on Agatha Harkness, however. After embracing her identity as the Scarlet Witch, Wanda (Elizabeth Olsen) traps Agatha in her own mind. Until further notice, Agatha will remain in Westview, believing she is the sarcastic homemaker Agnes. But the character — and Hahn’s performance — has too much potential to leave unattended for long. So fans can count on her eventual return.

Although WandaVision Season 2 could happen, it’s increasingly unlikely. By its very nature, the story is finite. And Scarlet Witch is off and running in the movies, with a pivotal role in the upcoming Doctor Strange sequel. Perhaps she and Benedict Cumberbatch’s Sorcerer Supreme will need the help of another mystical master. Or maybe Agatha takes part in the rumored introduction of the all-villain Thunderbolts team. Only time will tell.