“Last summer, Mr. Fisher was offered the opportunity to reprise his role as Cyborg in ‘The Flash,’” WarnerMedia says 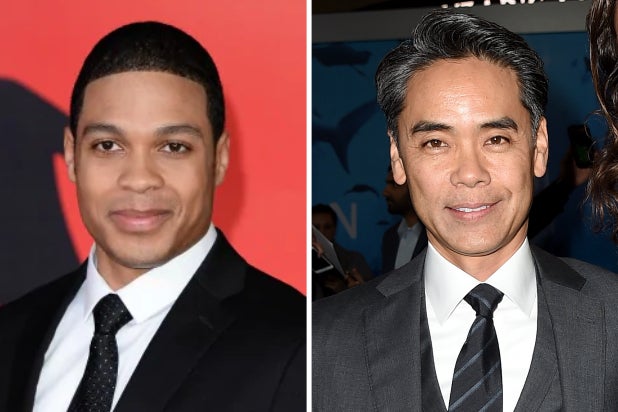 Ray Fisher and WarnerMedia are offering differing takes on why the actor will not be reprising his role as Cyborg in DC’s upcoming film “The Flash,” with Fisher saying he was pushed out of the film by WarnerMedia and DC Films president Walter Hamada and the company saying Fisher was offered the chance to reprise his role, but refuses to participate in any movies associated with Hamada following the “Justice League” reshoots investigation.

“I strongly disagree with their decision, but it’s one that is unsurprising,” Fisher said in a lengthy statement tweeted Wednesday night.

“Despite the misconception, Cyborg’s involvement in ‘The Flash’ was much larger than a cameo,” the “Justice League” actor’s statement continues. “And while I do mourn the lost opportunity to bring Victor Stone back to the screen, bringing awareness to the actions of [DC Films president] Walter Hamada will prove to be a much more important contribution to our world.”

Fisher says he told WarnerMedia on Dec. 30 that he could no longer work with Hamada for two reasons: 1) “Walter’s purposeful attempt to undermine the Justice League investigation in order to protect his friend, and former co-president, Geoff Johns,” and 2) “Walter’s attempt to protect himself by contributing to the public dissemination of lies and misinformation about myself and the Justice League investigation in Warner Bros. Pictures’ September 4th statement to TheWrap.“

WarnerMedia disputed Fisher’s claims against Hamada and the actor’s account of how he was removed from “The Flash” Thursday.

“As has been previously stated, an extensive investigation was conducted by an outside law firm, led by a former federal judge who has assured WarnerMedia that there were no impediments to the investigation,” WarnerMedia said in a statement to TheWrap Thursday. “Last summer, Mr. Fisher was offered the opportunity to reprise his role as Cyborg in ‘The Flash.’ Given his statement that he will not participate in any film associated with Mr. Hamada, our production is now moving on. Warner Bros. remains in business with Geoff Johns who continues to produce Stargirl, Batwoman, Doom Patrol,Superman & Lois, and Titans for the studio, among other projects.”

“I believe in Walter Hamada and that he did not impede or interfere in the investigation,” Ann Sarnoff, chair and CEO of WarnerMedia Studios and Networks Group, said in her own statement. “Furthermore, I have full confidence in the investigation’s process and findings. Walter is a well-respected leader, known by his colleagues, peers, and me as a man of great character and integrity. As I said in Walter’s recent deal extension announcement, I’m excited about where he’s taking DC Films and look forward to working with him and the rest of the team to build out the DC Multiverse.”

Representatives for Fisher did not immediately respond to TheWrap’ request for further comment Thursday.

This marks the most recent development in an ongoing dispute between Fisher and WarnerMedia which began last July, when the actor publicly accused “Justice League” reshoot director Joss Whedon of “gross, abusive, unprofessional” behavior on set. Fisher said Whedon’s behavior was enabled by then-DC Entertainment president Geoff Johns and by Jon Berg, former co-president of production at Warner. Berg left the company in December 2017 as part of a “restructuring,” while Johns stepped down seven months later. He began to criticize Hamada in September.

Warner Bros. launched an independent investigation in mid-August, a move initially celebrated by Fisher. But on Sept. 4, he criticized the company on Twitter, saying, “After speaking out about Justice League, I received a phone call from the President of DC Films wherein he attempted to throw Joss Whedon and Jon Berg under the bus in hopes that I would relent on Geoff Johns. I will not.”

In a counter-statement later that day, Warner Bros. denied Fisher’s accusation against Hamada and said the actor had never actually accused anyone of “actionable conduct.” The company also said Fisher refused to speak to the investigator despite multiple attempts to reach him.

In a statement released on Dec. 11, WarnerMedia said it had concluded its investigation into accusations by Fisher of inappropriate conduct during the production of “Justice League.” The company said “remedial action” was taken, but declined to clarify what that means.

Last week, Fisher posted several tweets directed at the company and partly in response to a story by TheWrap saying his role in the upcoming “The Flash” movie would not be recast after Fisher left the project. He said Warner Bros. “has struggled to regain control of the narrative ever since they failed to bury me and the JL investigation.”

“The investigation was conducted by an outside law firm and led by a former federal judge,” a rep for the company told TheWrap in response to Fisher’s Jan. 7 tweets. “More than 80 people were interviewed. We have full confidence in its thoroughness and integrity, and remedial action has been taken. The investigation has concluded, and it is time to move on.”

See Fisher’s statement in full, shared via Twitter on Wednesday, below. 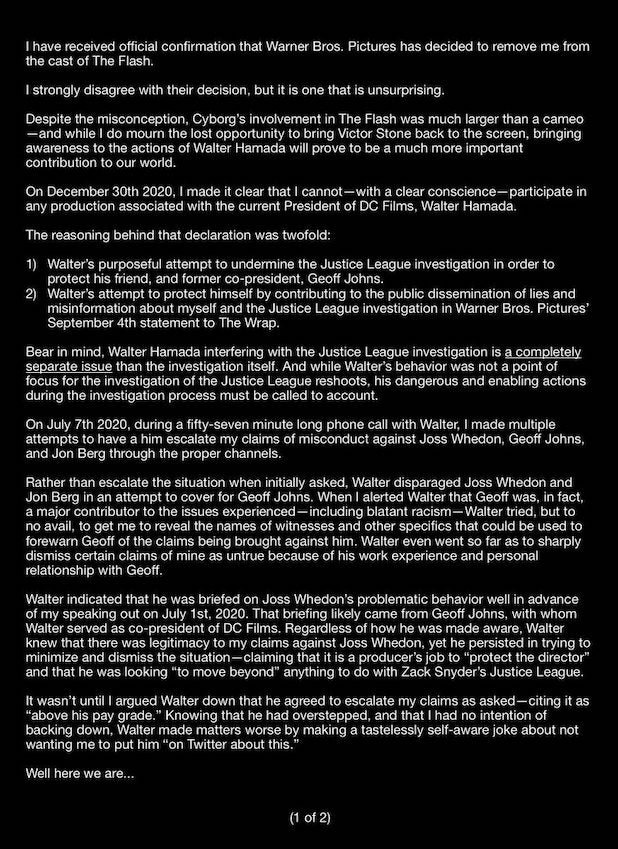 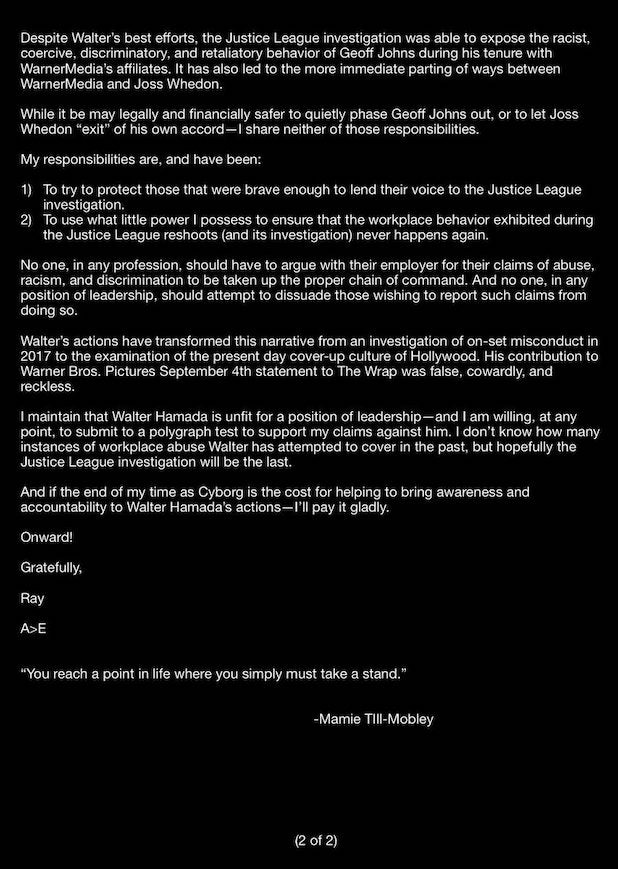