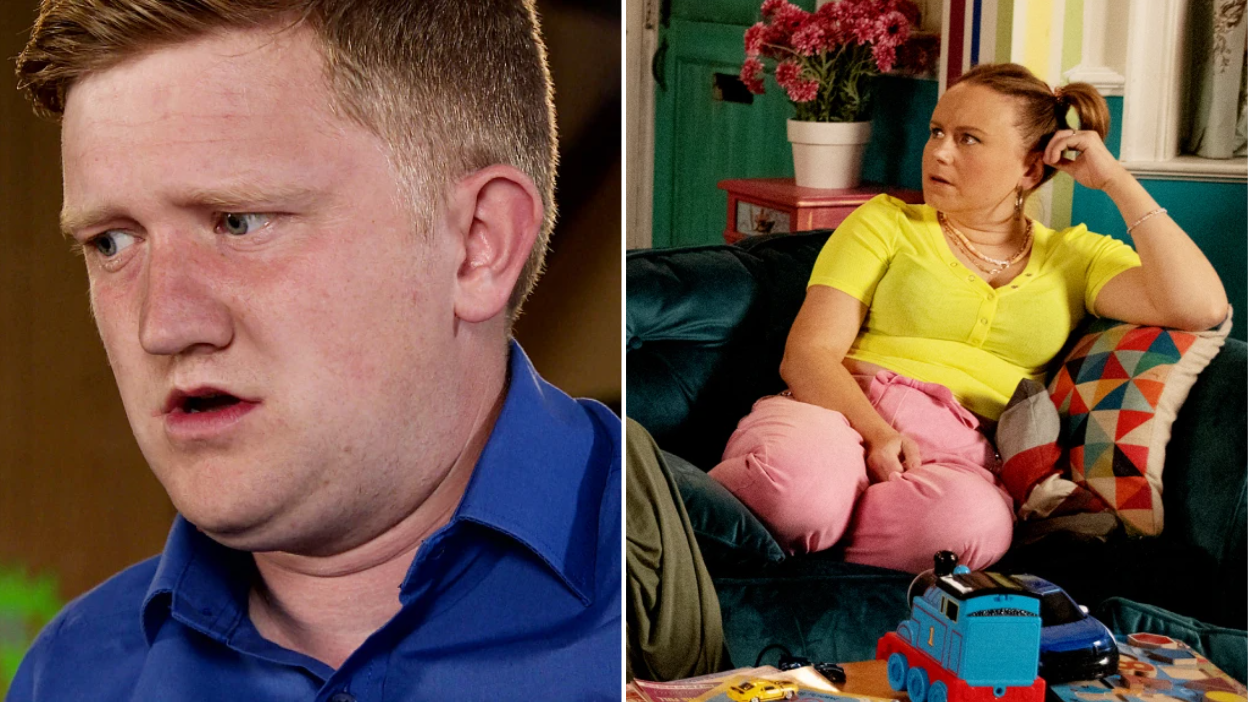 A mistake from Gemma Winter (Dolly-Rose Campbell) in last night’s episode of Coronation Street gets Chesney Brown (Sam Aston) thinking – why don’t they get married?

The couple have been together for years and suffice to say they won’t be splitting up anytime soon (imagine the childcare issues with the quads)…but tying the knot, just like Fiz (Jennie McAlpine) and Ty (Alan Halsall), has something that’s never really been on Gemma and Chesney’s minds.

However, when Fiz arrived at Underworld, she found Gemma wearing it and wondered what was going on.

Backed into a corner, the first thing that came out of Gemma’s mouth was quite possibly the worst – she and Chesney are getting married!

Of course, Ches and Gemma are not planning their nuptials and at the start of 2023, he tells his partner that if they had the cash, he wouldn’t want to waste it on a wedding.

However, after some home truths from Dev (Jimmi Harkishin), Chesney is given food for thought and returns home with an empty chilli sauce tub, telling Gemma they can use it as a piggy bank and save up for the wedding.

So, where does that leave them?

A wedding completely off the cards…or maybe not?