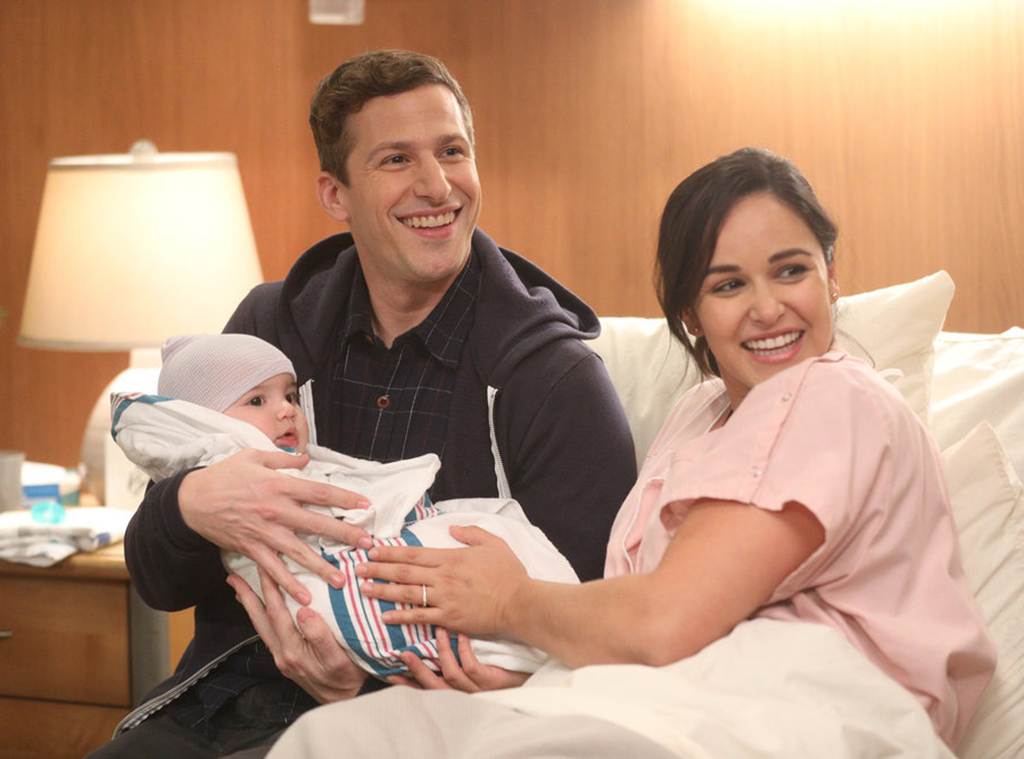 Season seven of Brooklyn Nine-Nine has been over for a week now and we’ve got a long while to wait for season eight, but the good news is that a season eight is definitely on the way.

NBC renewed the show back in November, months before season seven even premiered, and the writers started meeting last week via video chat. The finale didn’t end with a cliffhanger other than Jake and Amy now having a newborn baby to take care of, so the question is: what comes next?

It’s an especially interesting question right now, as the entire world is dealing with the coronavirus pandemic, and New York City, where Brooklyn Nine-Nine takes place, has been hit particularly hard by the virus. Whenever the show is able to return, the world will have changed, and it’s impossible to predict how, so how is a comedy show about essential workers set in NYC supposed to handle that?

A lot of people, us included, have been watching the show as a distraction or an escape from what’s happening in the real world, and Goor is extremely conscious of that aspect of the series.

“One of the things I’m very conscious of is that people are watching the show and saying it’s a nice escape, and I’m not unaware of that, and I don’t think there’s a world where the next season is like a dark meditation about how affected they’ve been by coronavirus, but at the same time, I don’t know that we can or should fully ignore that it has impacted the city that they’re in, and the people that they know because of their jobs, and they can’t escape it,” he says.

Another question is about timing. 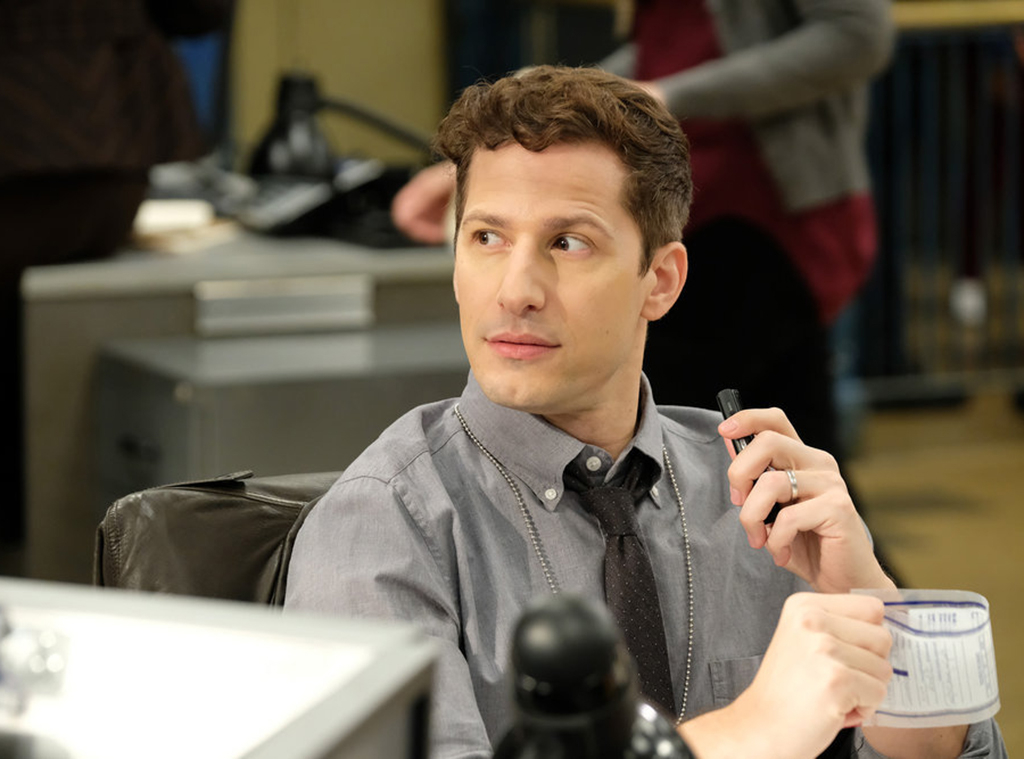 “Obviously the world will be in a place where we can shoot, and if we can shoot, then a lot of these restrictions have been eased off, which means the world is starting to return to normal or has returned to normal, so the other danger of doing too much corona stuff is that it will feel dated,” he says. “If they’re in the middle of the pandemic, that’ll feel dated, so I don’t think anyone wants to see that. That doesn’t mean we won’t do an episode which flashes back to it, or I don’t know. The truth of the matter is I just don’t know.”

What Goor does know is that there is a season eight, and it will feature Jake and Amy as parents, though it’s not turning into a show about Jake and Amy being parents.

“I think in general we’ll be telling the same kinds of stories,” he told us. “It will mostly be at the 99, and we will not ignore that they have a kid, but I think the bulk of the kid stuff will be about how it impacts them at work and with each other, but it’s a source of stories for sure.”

The Return of Gina Linetti

Season eight may or may not also feature Gina Linetti. If season eight doesn’t, then a future season will.

“Yes, for sure, 100%,” he said when we asked if she’d be making a return. “I think Chelsea Peretti is one of the great comediennes of our time, and I love the character of Gina. There’s nothing to be read into the fact that she wasn’t in this season, other than we just couldn’t come up with a story in time that would work with her schedule. I wish she were in this season, she’s great, she’ll definitely be back, 100%.” 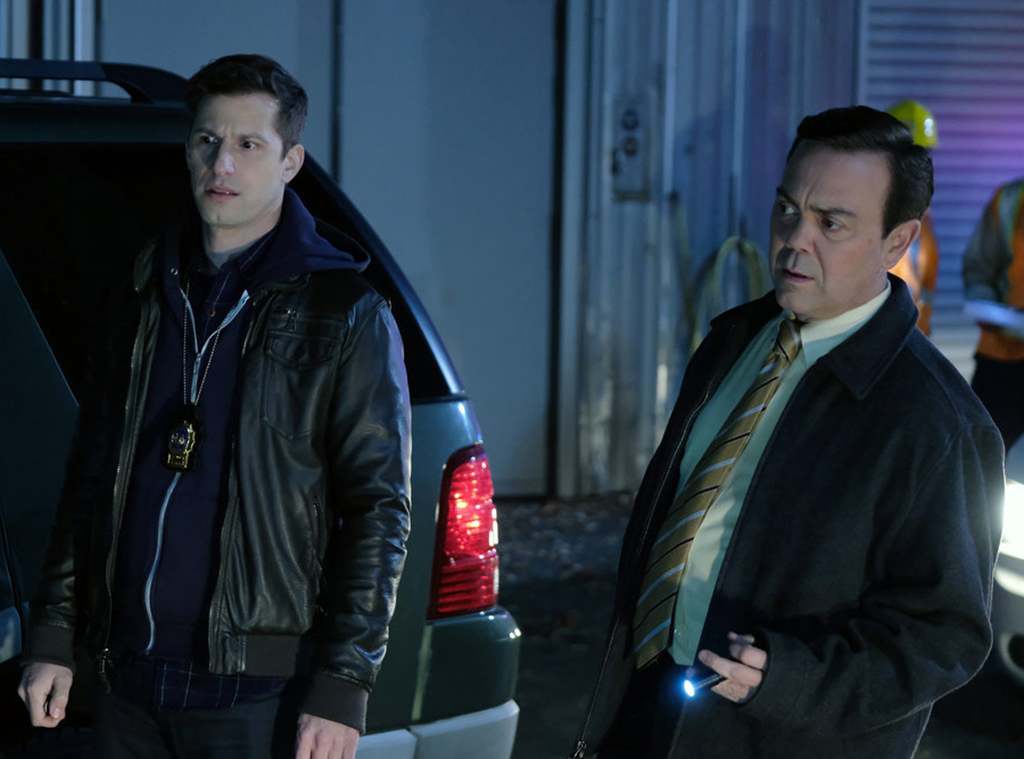 The End Is Not Yet Near

As for the possibility of seasons beyond eight or of ending the show, Goor isn’t thinking about it just yet, but he did ask us if we had any ideas for a spinoff, and seems to have thought of some of his own. (We didn’t at the time, but here’s our pitch: Grown-up McClane, a man raised by both Jake and Amy, captain of his own quirky precinct.)

“It’s hard, because it’s like, would you want to see Brooklyn Six-Five with Terry and an all new crew? I don’t know if you’d wanna see that,” Goor says. “It’s really hard to figure out. Would you want to see Terry take over a small town police department in Maine and they’re the only black family in town? That could be kind of interesting. I don’t know.” 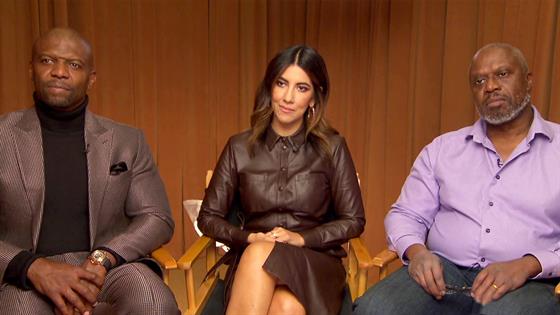 Spinoffs aside, Goor and the rest of the crew are mostly just thinking about how to make season eight work right now.

E! and NBC are both part of the NBC Universal family.