One of Netflix’s most successful food shows is also one of the calmest. The Great British Bake Off stands out compared to American cooking shows in that regard. When you watch popular food competition shows in the U.S. like Chopped and Cutthroat Kitchen, you see fierce competitors, hosts who are there to up the intensity, and mid-episode surprises that throw the contestants into a fluster. The Great British Bake Off provides something different: for example, several long shots of contemplative bakers looking into ovens.

The Great British Bake Off is truly a piece of art in motion. First, you as a viewer get to appreciate some of the artistry of baking. They portray the long, sometimes painful methods that it can take to get a “good bake.” But the show also includes lovely illustrations of the bakers’ take on the challenges; while the contestant explains their plan in detail, you see colorful drawn interpretations of the treats. And we haven’t even mentioned the soft, cheerful piano that soundtracks the series.

The calming music, paired with the contestants’ adorable British accents, is something like ASMR for your soul. (In other words, you’ll want to watch The Great British Bake Off, not Iron Chef, to soothe your ever-present pandemic anxiety). 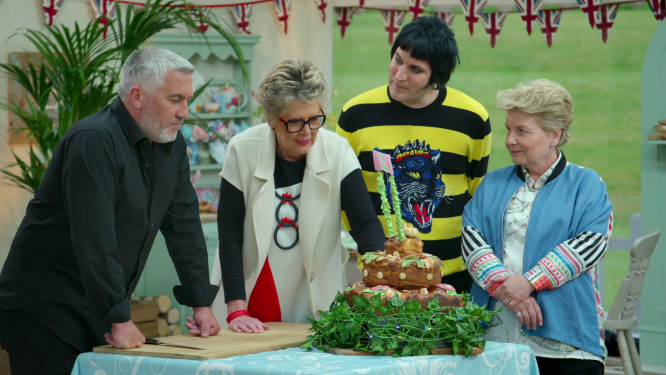 The Great British Bake Off is simply not set up to make the bakers fail, like so many other cooking shows seem to be. Unlike a typical American reality series, the hosts don’t introduce twists halfway through challenges to throw off contestants. (As Nicole Byer does in Nailed It, for example).

And there are always enough eggs. (Like, Chopped knows that we know they can afford more than one ice-cream maker, right?)

Which brings us to the next difference about The Great British Bake Off. The challenges are never surprises. The judges hand out challenges weeks before contestants do it in front of cameras, so the bakers have time to practice at least two of their bakes at home. While the technical challenge might be new to most of the contestants – they might never have baked it or even heard of it – most of the challenges are doable, like cakes, breads, etc. And in the technical, because they already have so much baking experience, contestants often luck into making the right thing.

It’s less anxiety-inducing than watching Chopped contestants pull out fresh durian and tuna salad, or whatever.

The setting doesn’t hurt either. As The Guardian reported, “Bake Off’s huge white tent is erected in the rolling grounds of Harptree Court, a gorgeous old pile of a country house 16 miles from Bristol.” It looks like a dreamy fantasy version of the English countryside.

And why wouldn’t it be a great set? There are free, delicious, hand-made, competition-level treats around constantly. The challenges, The Guardian explained, “are cut up alongside lunch for everybody to eat,” and “once the filming had stopped the camera crew [swoop] like vultures.”

Another reason The Great British Bake Off is so soothing? The stakes are pretty low. There’s no real prize other than the title itself. Most of the contestants have jobs outside of baking, meaning their competition results won’t make or break their careers. (Cutthorat Kitchen, on the other hand, features mostly chefs, many who have their own restaurants – and who could really benefit from the monetary prize). 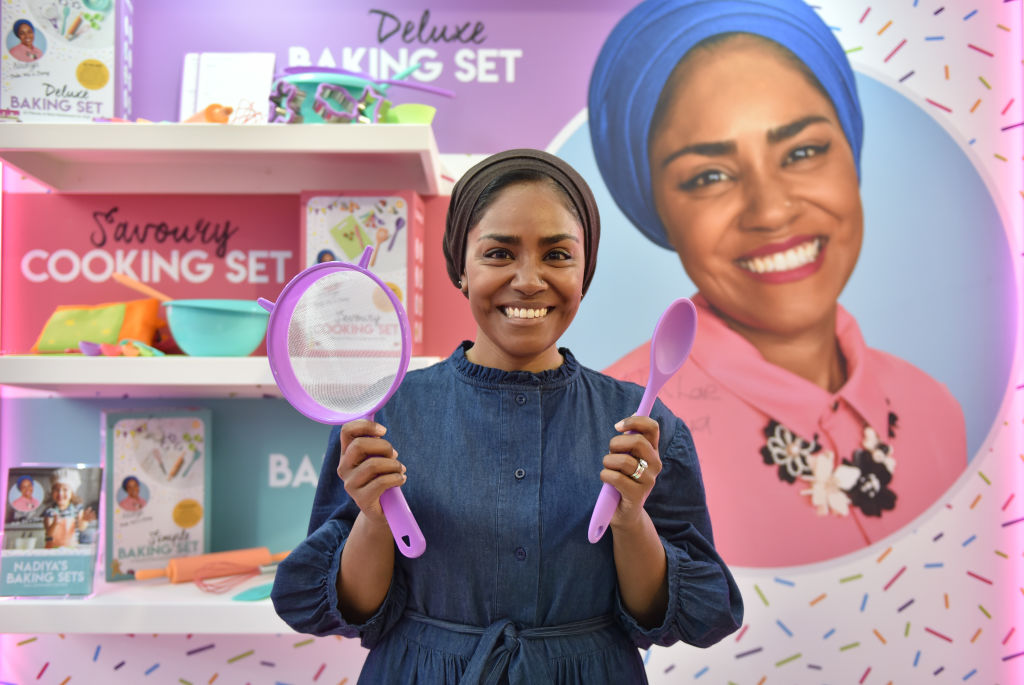 One of the more popular bakers from the series, Nadiya Hussain, now hosts a spin-off Netflix show called Nadiya’s Time to Eat. However, that’s something of an anomaly; most Great British Bake Off contestants more or less go back to their lives.

Also, The Great British Bake Off contestants are no doubt talented, but they’re still amateurs. They’re more like real people, and for many of the challenges, the baked goods seem achievable for viewers who are amateur bakers themselves to try at home.

The best part? The ‘GBBO’ cast members are all dear friends!

But the absolute best thing about the show? The part that totally juxtaposes the cutthroat nature of so many American food shows? They’re friends!

The contestants on The Great British Bake Off even help each other out. When one of them makes a mistake, other contestants will rush in to try and rescue a bake. And in their interviews on the show, the bakers talk about how they get really close. But it’s not just the contestants who become dear buddies.

The hosts of ‘The Great British Bake Off’ are nice, too

The unique (or maybe just British) hosts add light and levity to the show – and cheer up the bakers who are having a rough go at the Baked Alaska, or whatever it is. They’re not there to add intensity or stakes. (Looking at you, Ted Allen!)

In fact, Mel Giedroyc and Sue Perkins, the former Bake Off hosts, told The Guardian in 2013 that they would purposely mess up footage of contestants crying so that the show won’t be able to use it.

“… if we see them crying or something, Mel and I will go over there and put our coats over them or swear a lot because we know then that the film won’t be able to be used,” Sue explained.

Also, there’s never any cheesy mood lighting or daunting music before an elimination — thinking of Chopped again here. The judges usually seem legitimately disappointed to let people go, and the contestants are often openly sad to see each other get cut. Perkins and Giedroyc too: 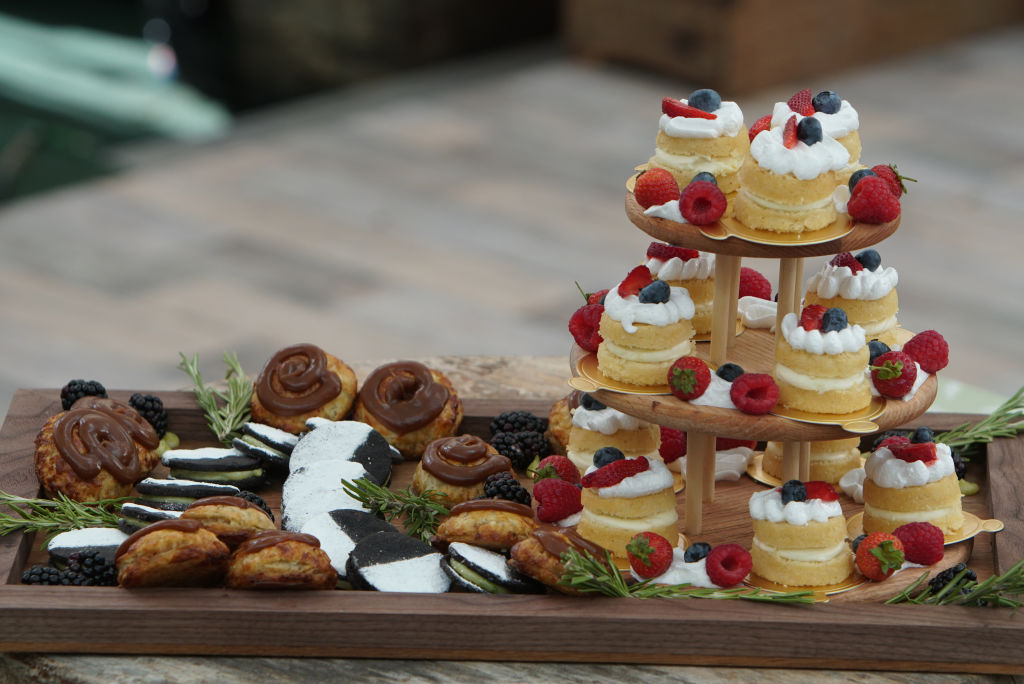 “They cry when certain favorite contestants leave,” the publication wrote of the hosts.

In a way, The Great British Bake Off presents a utopia, a world that doesn’t exist yet. It’s a diverse cast in which everyone treats each other with respect and kindness, and the loftiest goal in the entire series is to make the yummiest treat. It’s a world we wished we lived in. Luckily, we can, for a few hours, on Netflix.