From 2001-2002 Christina Vidal played Taina Morales on the hit Nickelodeon sitcom, Taina. The series had appealed to fans of all different backgrounds and made a significant impact on the younger generation as it was one of the first Latinx-led shows on television. 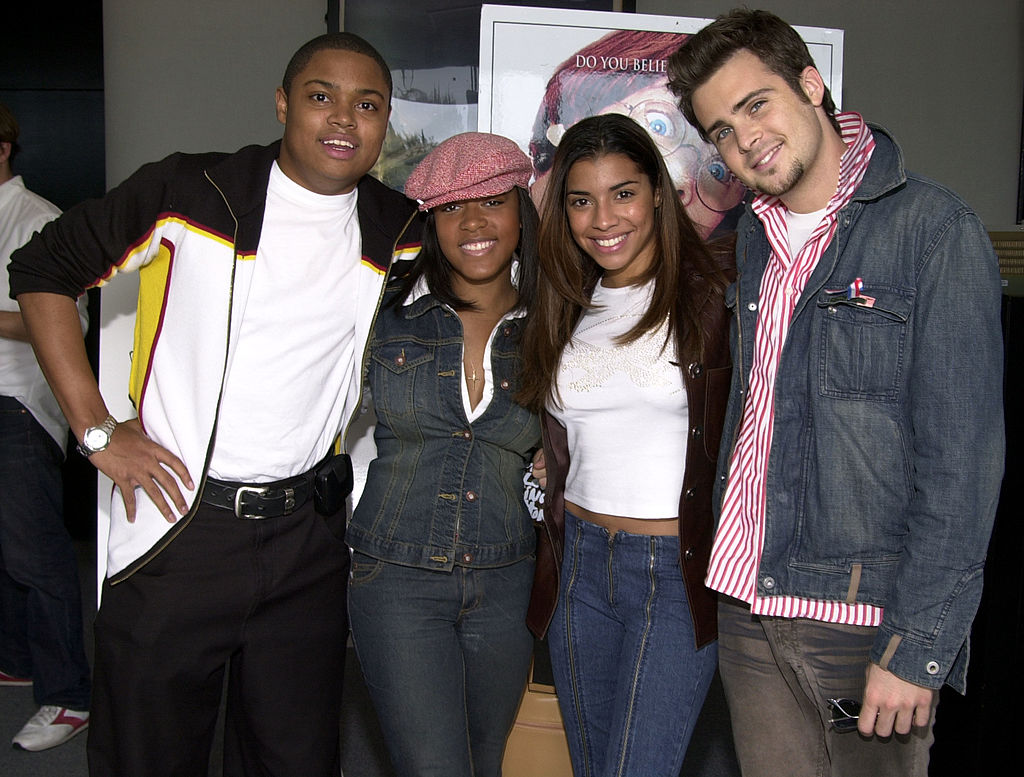 Though the series was a massive success and raked in high ratings, it was shockingly canceled after just two seasons. So why was this beloved show taken off of the air despite its popularity?

What was ‘Taina’ about?

If you grew up watching Nickelodeon in the late 90s/early 2000s, chances are, you’ve seen an episode or two of Taina.

The hit sitcom followed Taina, a beautiful and talented high schooler who aspired to “see her name in lights” by becoming a famous singer and actress.

Each episode followed Taina as she and her friends Renee, Daniel, and Lamar would get themselves into wacky situations while attempting to become stars on their own accord. The show also featured Taina daydreaming of eventual superstardom, something she often did while in school and at home with her boisterous family.

Though the show only lasted two seasons, it still resonated with many fans as it focused on the idea that we all have big dreams and aspire to be someone people will remember.

Although Taina was a teenager, she didn’t let that stop her from following her passion and doing whatever she could to get another step closer to her goal.

As the lyrics of the show’s catchy theme song go: “You know I cannot wait to see my names in lights / No one’s gonna stop me you’ll see / I will go far / Taina, Taina.”

Although Taina was a fan-favorite sitcom that many people related to a personal level, Nickelodeon canceled the series after just two seasons due to the network’s consensus that it only appealed to girls.

It was also revealed by Josh Cruze, who played Taina’s father in the show, that increasing production costs also played a part in the series’ cancellation. It turns out that Nick didn’t want to focus all of their funds on one show and ultimately decided to cancel Taina.

While it was sad to see Taina leave our tv screens in 2002, the show’s legacy continues to live on in pop culture today. Though the series followed a 15-year-old girl from NYC with dreams of being a star, the show was much more than just that.

Since Taina was a Latinx-led show, it made those who were part of the same community feel seen and opened the eyes of non-Latinx to a culture they may not have known much about, which is why the show continues to hold a special place in fans’ hearts.

“When I did Taina [17 years ago], I certainly didn’t have the life experiences I have now to understand the power of meshing entertainment and [Latinx] representation,” Vidal told Teen Vogue in 2019. “As a teenager, I was thinking about what the show could do for me. But now as a grown woman, I know such lead roles for Latinx representation carry a responsibility that is so much bigger than one person.”

Though Taina has been off the air for more than a decade, we think that now is the perfect time for the show to get its own reboot — especially with the number of nostalgic Nick sitcoms getting modern-day revivals.

Fingers cross that the head producers over at Nick consider bringing Taina back to our screens because we need to know if she was able to make her dreams of seeing her name in lights come true.