Dan Springer reports on the fallout from Portland’s police cuts amid a surge in violent crime.

Federal prosecutors in Portland, Oregon, have moved to dismiss almost half the cases they charged in connection with violence accompanying last year’s protests over racial injustice, as authorities grapple with how to tamp down politically motivated unrest that has arisen since then.

Of 96 cases the U.S. attorney’s office in Portland filed last year charging protesters with federal crimes, including assaulting federal officers, civil disorder, and failing to obey, prosecutors have dropped 47 of them, government documents show. Ten people have pleaded guilty to related charges and two were ordered detained pending trial. None have gone to trial.

The penalties levied so far against any federal defendants, most of whom were arrested in clashes around federal buildings in Portland including the courthouse, have largely consisted of community service, such as working in a food bank or encouraging people to vote.

More than half of the around 30 so-called deferred resolution deals, in which prosecutors ask the court to drop cases once defendants complete volunteer work, were initiated last fall under the Trump administration, interviews and a review of cases shows. Prosecutors have continued to pursue such deals under President Biden.

Senior Trump Justice Department officials had pushed prosecutors to be aggressive in bringing a full slate of federal charges, including possibly sedition and racketeering, The Wall Street Journal previously reported, but no such charges were filed.

Alternative resolution agreements aren’t uncommon in criminal cases, said Lisa Hay, the federal public defender in Portland. “What’s unusual is to have so many cases brought in at once that merit this treatment,” she said.

Federal prosecutors in Washington are pursuing more than 400 alleged members of the pro-Trump mob that stormed the U.S. Capitol on Jan. 6. While many Democrats say the government should make a priority of confronting violent right-wing extremism, some Republicans have cited last year’s events in Portland as evidence that violence by leftists or unaffiliated demonstrators poses a threat as well.

Attorney General Merrick Garland said at his confirmation hearing that while he was concerned about the Portland violence, he viewed the Capitol riot as a domestic extremist attack, seeing it as directed at interfering with government functions while the Portland violence targeted unoccupied buildings at night.

“Both are criminal,” he said, “but one is a core attack on our democratic institutions.” 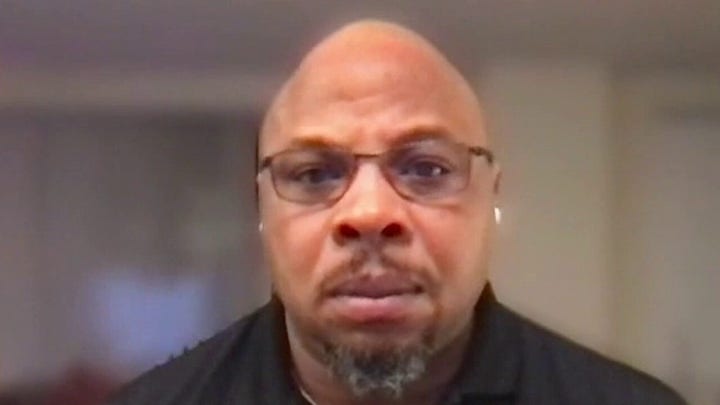 Many charges arising from the Capitol riot have been more serious, including conspiracy and obstructing official proceedings, which could carry a 20-year sentence, and several dozen of those defendants remain in detention awaiting trial. Defense lawyers are expected to raise the Portland agreements as they make their cases for leniency for Jan. 6 defendants.

Portland has again this week faced nighttime violence following peaceful protests over the Sunday killing of a 20-year-old Black man, Daunte Wright, by police in Minnesota. Police declared a riot on Monday night as a crowd of 200 gathered around a Portland government building and threw rocks and shot fireworks at officers, shattering windows and spraying graffiti, video shows.

No federal charges have been filed in connection with this week’s unrest, said Kevin Sonoff, a spokesman for the U.S. attorney’s office. Portland Police cited only one arrest.

Federal law-enforcement officials said they tried to use criminal charges last year to deter the nightly violence. “All of our cases are handled on their own merits and our prosecutors have broad discretion on how each is resolved,” Mr. Sonoff said.

The government reviewed some cases and agreed no crime was committed or found other reasons to drop the charges, Ms. Hay, the public defender, said. “Many of these cases originated in chaos and darkness, after officers charged out of the federal courthouse at night and arrested people who had not dispersed,” she said.

Prosecutors last week, for example, moved to dismiss “in the interest of justice” a charge of assaulting a federal officer they filed last July against a Texas man, David Bouchard, who showed up at a nighttime protest with a leaf blower to disperse police tear gas and ended up on the ground with two police officers, according to an affidavit.

“We reviewed video that showed he didn’t try to hurt any U.S. officer,” Mr. Bouchard’s attorney, Ernest Warren, said. “I think the U.S. attorney’s office in Oregon was very reasonable, and they looked at the circumstances of his case.”

Mr. Bouchard, a 36-year-old veteran, said he completed 30 hours of community service at a food bank near his North Texas home in connection with the resolution. “I did that and they immediately dropped the charges,” he said. “I was kind of amazed by that.”

To read more from The Wall Street Journal, click here.