Anti-social behaviour cases DOUBLED by more than 1million last year but more than half of victims are failing to report incidents, study finds

Victims of loutish anti-social behaviour are failing to report incidents with actual cases thought to be double official figures, new research has found.

Residents have reported huge surges in the number of incidents such as rowdy neighbours and drinking in the street since the onset of the Covid-19 pandemic.

And police forces last year recorded two million incidents, up from 1.3million the year before, though a number of forces included breaches of coronavirus rules in the same category.

Now a study has found that 56 per cent of people who were victims or witnesses to loutish behaviour did not report it to any authority. 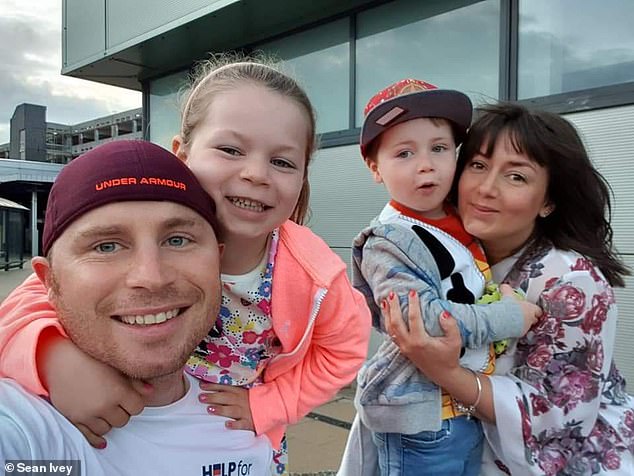 Victims of loutish anti-social behaviour are failing to report incidents with actual cases thought to be double official figures, new research has found (Pictured: Sean Ivey and his family, whose home was destroyed in an arson attack in March this year)

More than a fifth of people also said the incidents made them feel unsafe where they live.

And 20 per cent of those surveyed said anti-social behaviour had caused them to move or consider leaving their homes.

Several local authorities and victims’ groups reported huge surges of up to 140 per cent in the number of cases for periods of last year.

Police also found that they had experienced a 12 per cent increase when discounting breaches of covid-19 regulations.

Community safety group Resolve’s survey of 2,000 people also found that 45 per cent of people said anti-social behaviour was a problem where they live while more than a third said it had increased in the last three years.

Victim Sean Ivey, a 38-year-old former marine who retrained as a primary school teacher, saw his family’s home destroyed in an arson attack in March this year.

Mr Ivey, who lives with his wife Kate, 35, and two children Georgia, seven, and Benjamin, five, was targeted after standing up to anti-social gangs in Wingate, County Durham.

He said: ‘Loads of people got in touch to say they were sick of it.

‘Later on someone sent me a message saying that they’d seen an image of my house on the Snapchat social media channel with a flaming emoji on it.

‘I phoned the police and they said someone would be out in a couple of hours, but no one came. 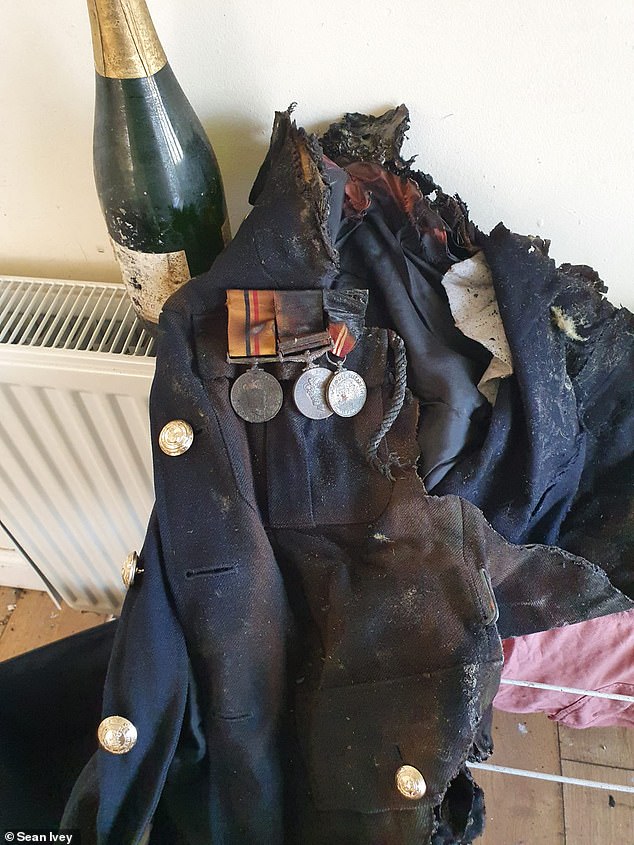 Mr Ivey said that we must stand up to anti-social behaviour, adding that what happened to him and his family could happen to anyone ‘if ASB is left to run riot’

‘Enough is enough. We’ve seen a big rise in ASB in the area and we must stand up to it.

‘What has happened to me and my family can happen to anyone if ASB is left to run riot.’

Last year Home Secretary Priti Patel was accused of being in ‘denial’ over the extent of the anti-social behaviour problem by Victims’ Commissioner Dame Vera Baird QC.

She added: ‘We must understand why more than half of people who are victims or witness to ASB don’t come forward to report it.

‘The worry is that victims are too scared to take a stand against ASB.

‘We must make sure that all the authorities know of this hidden victim community and listen out keenly for their voices to be heard.’

Rebecca Bryant OBE, chief executive of Resolve, said: ‘Since the pandemic hit last year, cases of anti-social behaviour have been on the rise across the country.

‘Teams on the frontline have been at breaking point trying to deal with new cases and finding ways to support victims while working around the restrictions that have been put in place. 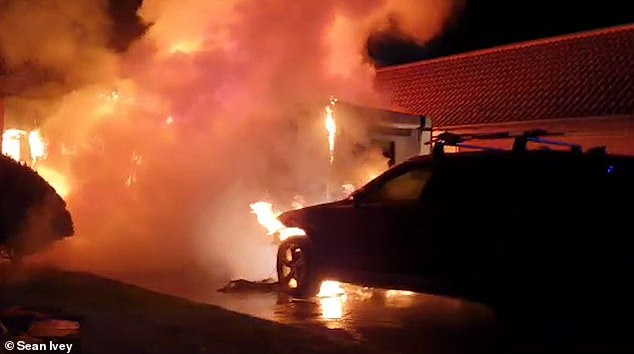 After the fire, someone messaged Mr Ivey and said that they’d seen an image of his house on Snapchat with a flame emoji on it (pictured: the fire at Mr Ivey’s house)

‘Whatever the national statistics say, our research shows that the situation in communities is even worse than is being reported.’

‘Policing will continue to work in close partnership with other local agencies to listen to victims, understand their problem and take sensible, joined up action to address the underlying causes.’

Minister for Safeguarding Victoria Atkins said: ‘We know that, where left unchecked, anti-social behaviour can have an overwhelming and devastating impact on victims and our communities.

‘We are very much determined to create safe and peaceful communities where people can thrive.’