Tish James sides with goons against the NYPD

Antifa militants chanted “f—k” President Biden during a rampage through Seattle after the inauguration — and smashed up the historic site of the very first Starbucks.

Seattle cops made at least three arrests as at least 100 protesters scrawled graffiti, smashed windows and even set fire to an American flag, according to the Seattle Times.

Videos showed the mob chanting their allegiance to “Antifa” and repeatedly decrying the election of a left-wing president, Biden.

“F—k Trump, f—k Biden too, they don’t give a f—k about you,” a large crowd chanted in one clip.

Some said they took to the streets because they were disgusted that the new president had called for unity rather than attack their right-wing opponents. “Calling for unity with people who actively want to harm people is disgusting,” a woman named Anna told the Seattle Times.

The destruction included the Starbucks on Pike Place, home of the java chain’s very first location, which opened on the street in 1971.

Police shared images of the store covered in police tape to protect smashed windows. One of the three arrests Tuesday night was for burglary and property damage at the historic store, police said.

“I guess their[sic] Anti-caffeine, too,” one Twitter user, John Blair, said as he decried the attack on what was not just a “Starbucks” but “the original one. Store #1.” 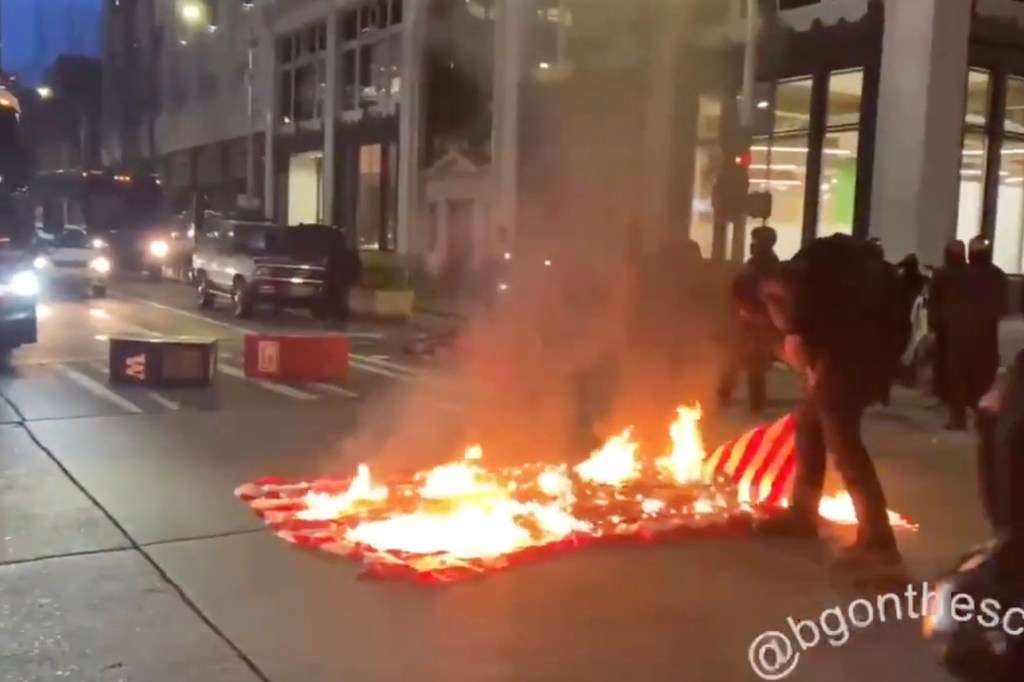 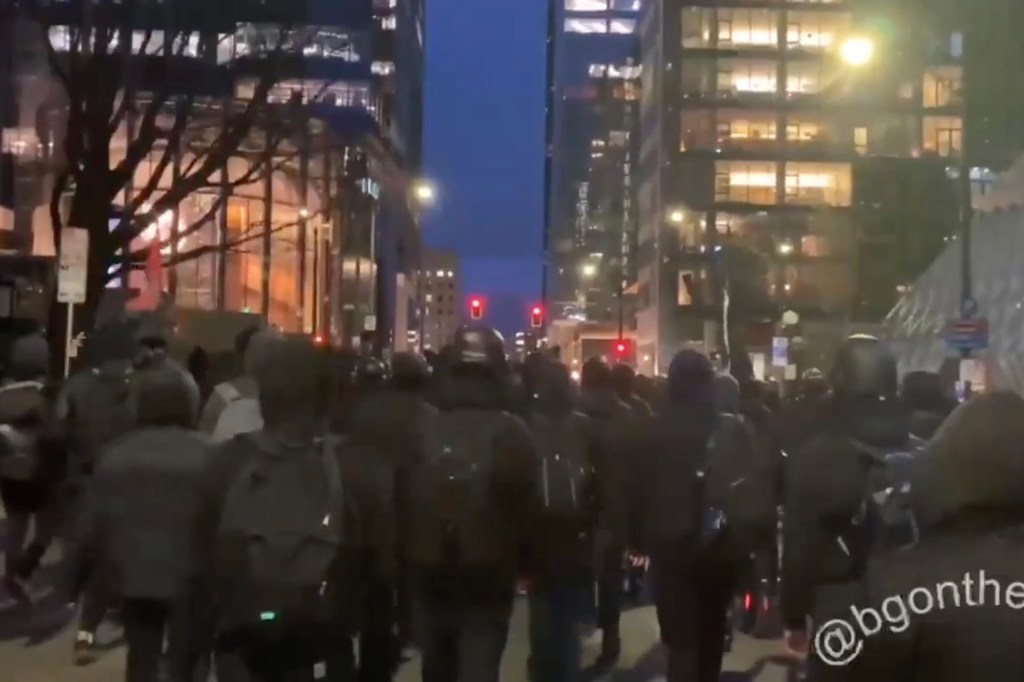 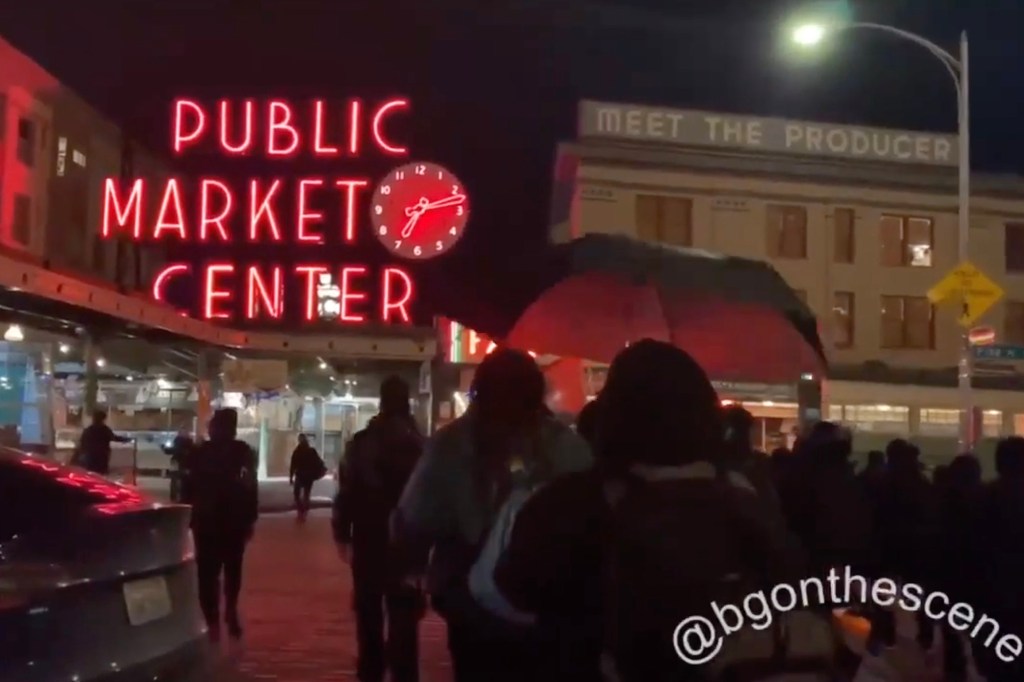 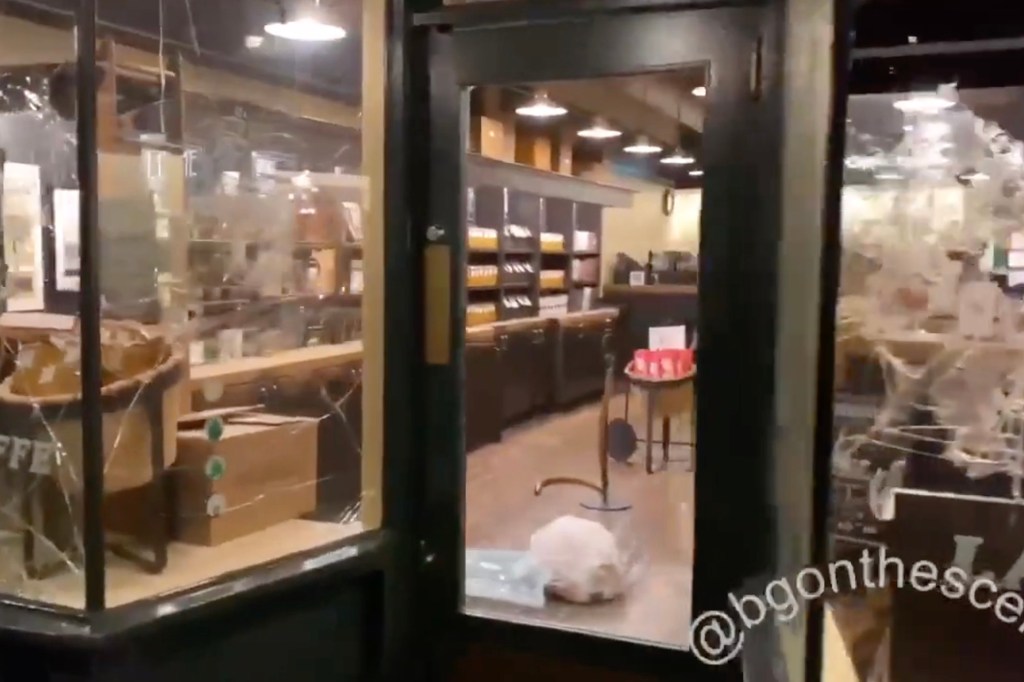 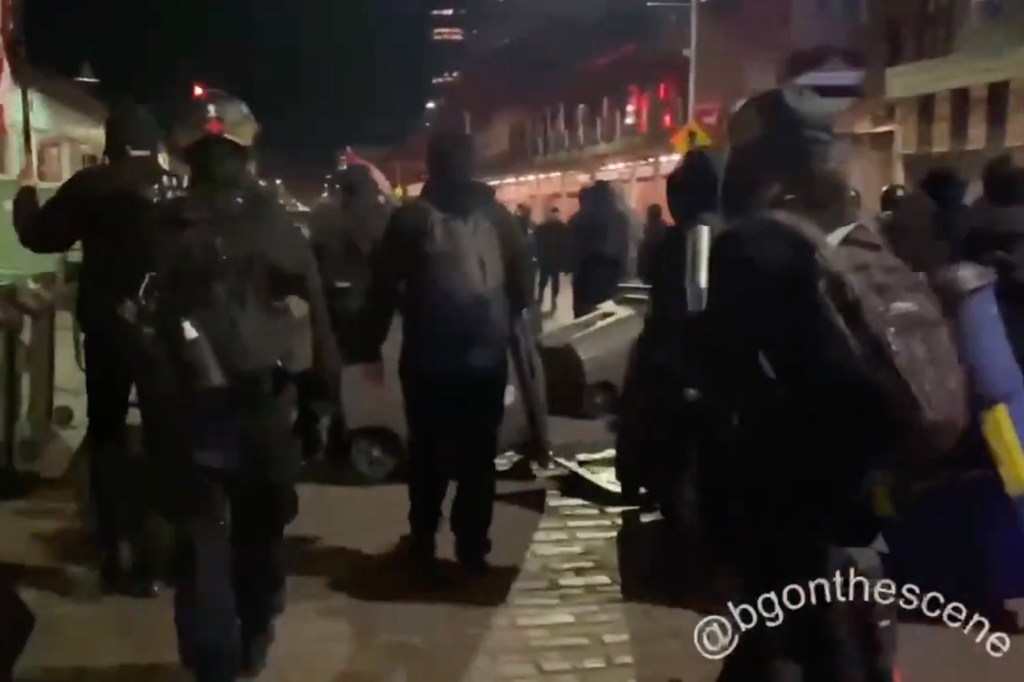 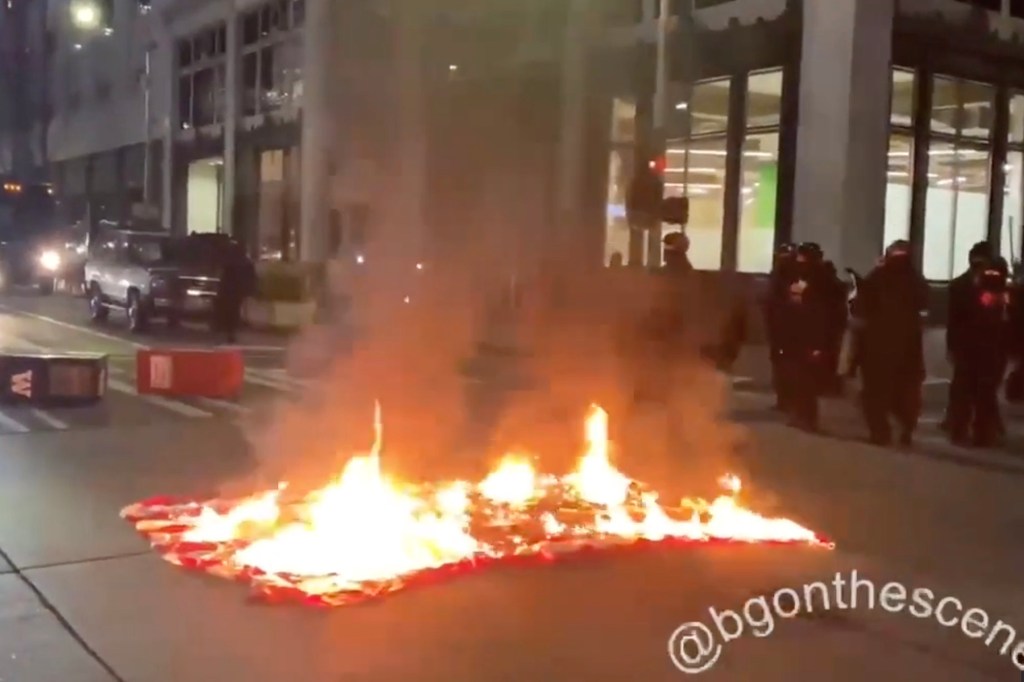 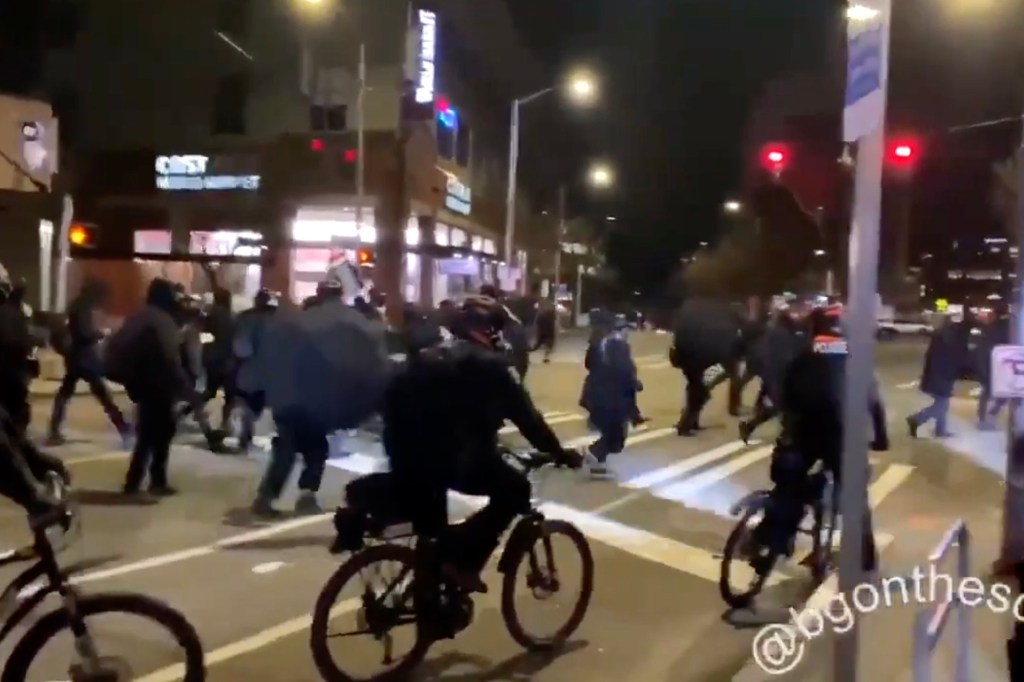