The suspects in the killing of an Arkansas police officer face additional charges, according to Sunday reports.

Pea Ridge officer Kevin Apple died Saturday after, authorities say, he was struck by a vehicle driven by Shawna Cash and Elijah Andazola.

Cash, 22, and Anadaoloza, 18, were arrested and each charged with capital murder and attempted capital murder. KNWA and FOX24 reported Sunday that Cash now faces a charge of reckless driving, driving with a suspended license and improper use of registration. 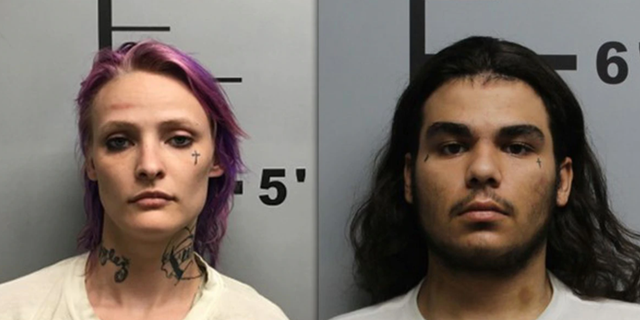 Both are in custody at the Benton County Jail without bond. It was not immediately clear if they have an attorney who could speak on their behalf.

Apple was killed when he was struck by a vehicle in a convenience store parking lot. The vehicle was parked at gas pumps at the store and matched the description of a vehicle sought by police, according to Lt. Michael Lisenbee.

Apple and another officer approached it to speak to the occupants and an “altercation erupted,” Lisenbee said.

The driver of the vehicle rammed into a patrol car and left the scene, striking and killing Apple.

Police later found the vehicle in Bella Vista, about 9 miles west of Pea Ridge, and arrested Cash and Andazola.

The Pea Ridge Fraternal Order of Police Lodge has set up a donation account for Officer Apple’s family. The department said many of its officers will be taking off work to grieve this week.