THE bacon butty has been named the nation's best loved sandwich.

A poll of 2,000 adults saw the British staple of fried or grilled bacon sandwiched between two chunky slices of bread come out on top. 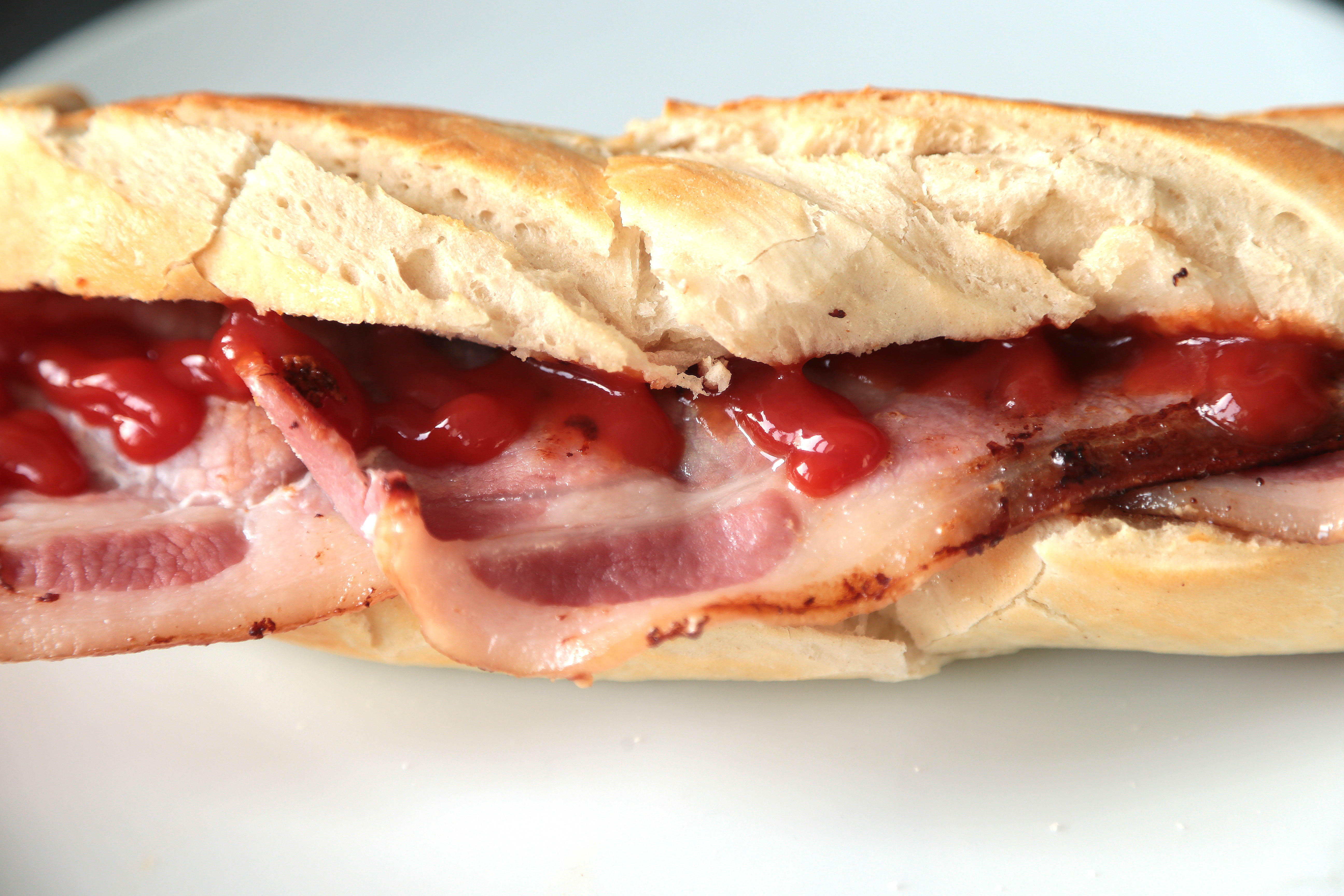 Other popular fillings include cheese and pickle, chicken and bacon, and even a filling of crisps.

The results show a shift in tastes, with a similar study from 2018 seeing a plain cheese sandwich top the chart.

This was followed by ham and cheese – which has now slipped to sixth place – with the nation favouring sausage, and egg mayonnaise two years on.

It also emerged that when it comes to preparing the perfect sandwich, ‘white, medium sliced bread with the crusts left on and cut into squares’, is the top choice.

However you prepare it or whatever you fill it with, there’s something that can’t be beaten about a good old British sandwich.

A spokesman for Warburtons, which commissioned the 2018 and 2020 studies, said: “However you prepare it or whatever you fill it with, there’s something that can’t be beaten about a good old British sandwich.

"It’s also great to see Brits get more creative in the kitchen with jam and cheese, and even peanut butter and marmalade being used in the nation’s sandwiches.

"The combinations are endless so it comes as no surprise that bread is still one of the nation’s favourite go-tos."

The study also found it’s not just sandwiches being enjoyed more by the nation, as a third of adults are eating more toasties now than they did before the lockdown, with cheese the most popular filling.

And among the best loved condiments to enjoy with sandwiches were pickle (40 per cent), ketchup (37 per cent) and mayonnaise (55 per cent).

Others choose to spice up their sarnie with a splash of sriracha (six per cent), a drop of tabasco (six per cent) or a spread of English mustard (34 per cent).

It also emerged that almost half of those polled are eating more bread, while a third are enjoying more toast since the start of lockdown.

The average person will enjoy four sandwiches and two toasties during a typical week – but a fifth are currently tucking into more than seven sandwiches in a seven-day period.

As a result, the average household is getting through two loaves of bread a week – with a quarter consuming more than three loaves in that time.

Nearly a third Brits said the reason they’ve had more bread is because they aren’t buying as many meals away from home, and 29 per cent put it down to having lots of other food in the house which goes well with it.

Lunch is still the most popular time to enjoy a sarnie or toastie with 82 per cent doing so, while a quarter of Brits frequently indulge by snacking on a sandwich.

More than a third actually prefer sandwiches for lunch over a hot meal, and 24 per cent would even struggle to go a day without enjoying a slice of bread.

However, people are no longer creatures of habit as 73 per cent of those polled, via OnePoll, try to alternate their sandwich fillings, and one in 10 have been more experimental with fillings during lockdown.

Some of the strange and unusual creations put together by the UK were also revealed with one respondent admitting to enjoying a chocolate spread and salami sandwich.

Another confessed to eating a chocolate biscuit sandwich, with corned beef and peanut butter also among the inventive combinations.