IT is a sight to make your skin crawl – a bloodied man gasps for breath after being buried alive. Towering over him, gun-wielding thugs prepare to shoot him.

This moment of horror is a now-iconic scene from Netflix crime drama series Top Boy, feted for showing what London’s gang wars are really like. 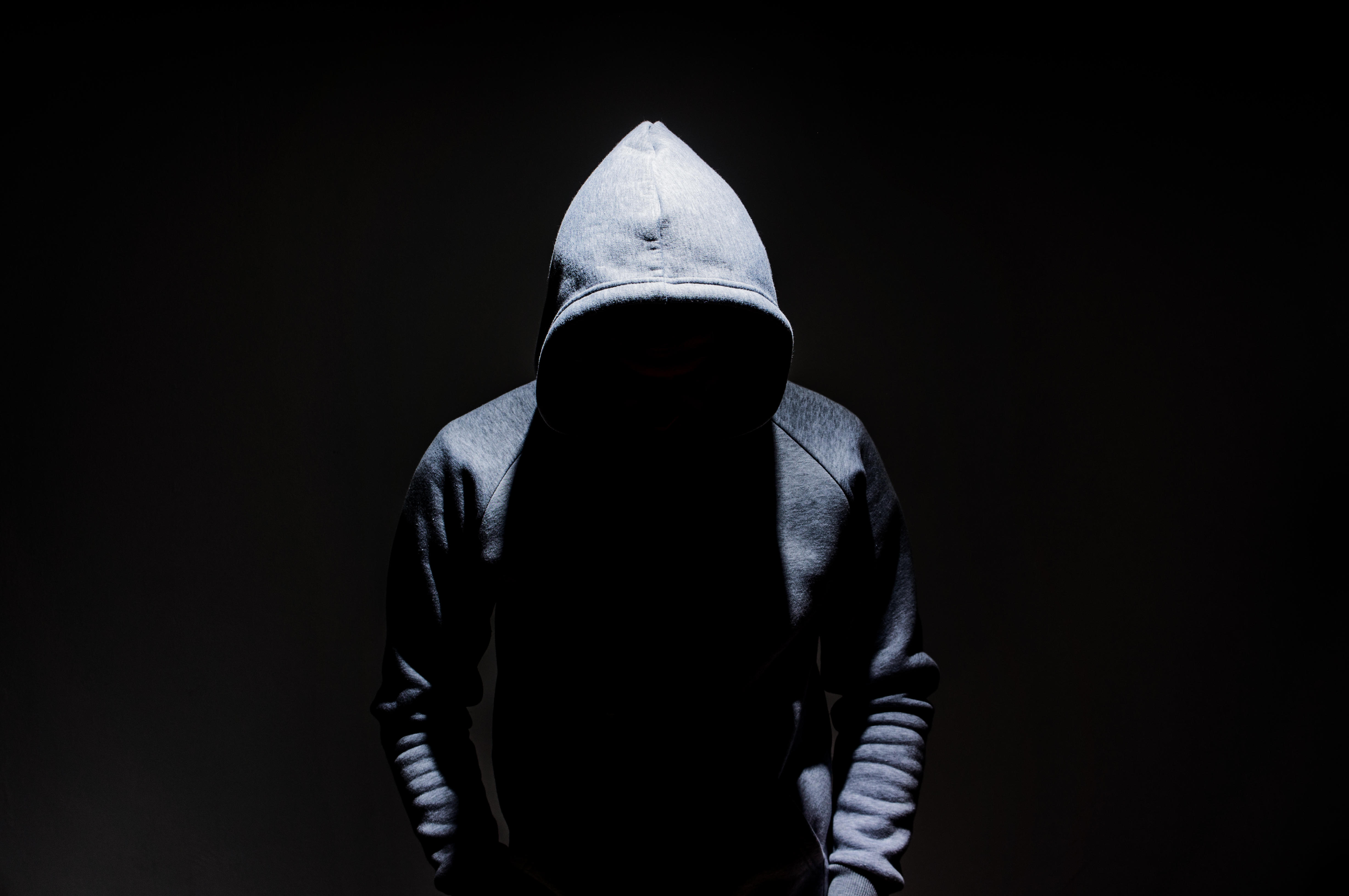 The show, set on the fictional Summerhouse estate in Hackney, East London, counts grime music star Kano among its stars.

But alarmingly, judging by what I’ve witnessed in three years studying the city’s gangs for my new book The Real Top Boys, the extreme violence is TRUE to life in London.

The Metropolitan Police last night repeated its call on local communities to help. A spokesman said: “We need information about those who carry a weapon or exploit people for gain or revenge.

"Community intelligence can be used to great effect to detect but also prevent crime, keep London safe and save young lives.”

Yet gang wars continue to leave a bloody trail as bullets fly and blades flash, and often the innocent find themselves in the way.

Here, I reveal London’s gangs – and the terror their leaders deploy to stay Top Boys.

ONE teenager called Bull, from Edgware, told me he’d carried a knife from the age of nine to protect himself from gangs – and he claimed to have used it. 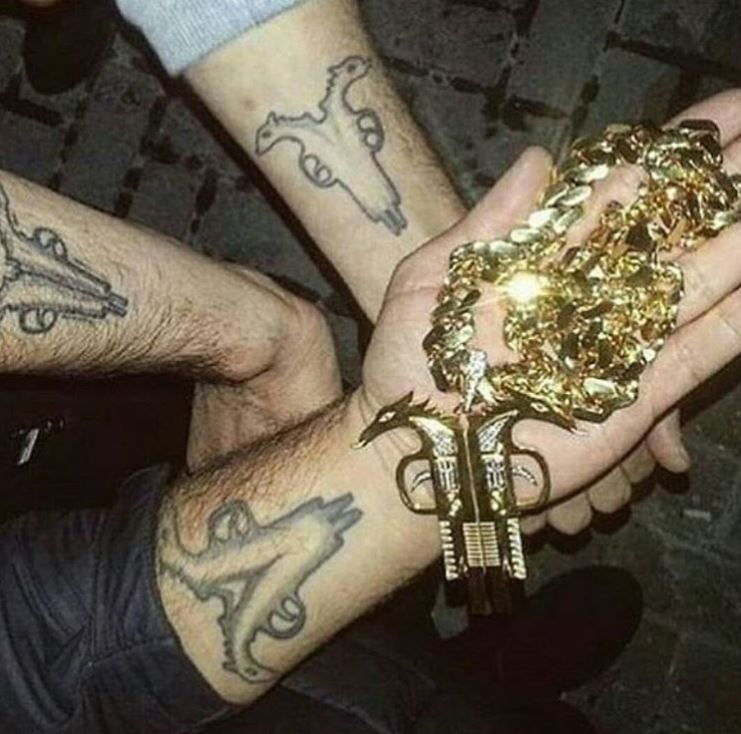 Top Boys also often use violence as a warning to their own gang members and their rivals.

On one occasion I spent a day visiting a notorious North London housing estate with an Albanian henchman called Carl.

He revealed how his mate had, “just killed some kid who was working for one of his enemies”.

The police found the body outside his own family’s flat on the estate – with the message: “Don’t rat on me or this will happen to you.”

But many gangs are not afraid to strike out in public. 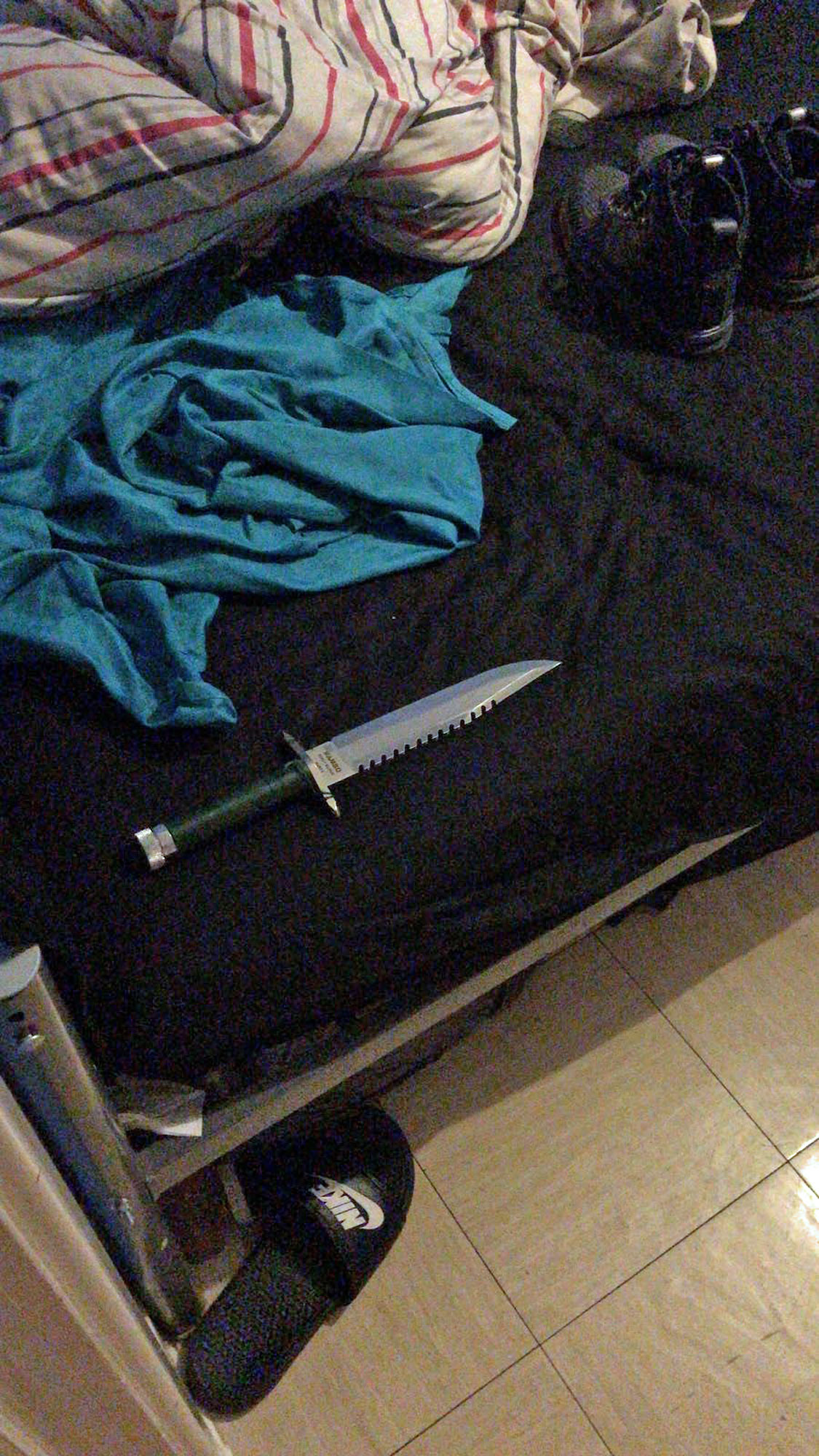 He bled to death in front of customers, including children. His killers, thought to be members of the NPK gang, got life behind bars.

On April 2, 2018, innocent Tanesha Melbourne-Blake, 17, was killed by gunfire from a passing car while standing with a group of friends in Tottenham.

It was believed to be a “mistaken identity” shooting, sparked by an earlier brawl between rival street gangsters.

Tanesha had no connection at all with gangs.

THE knife epidemic in London has been fuelled by street dealers’ fear of Albanian and Eastern European bosses who control the majority of county drug lines.

Street gangster Dayglo, who has used a knife since the age of 14, told me: “Knife crime ain’t goin’ away.

“Blades are much easier to get than guns, so they do the job perfectly for us.”

One former South London detective explained to me: “Guns are obviously harder to come by than knives . . . and the way knives now dominate the inter-gang wars on the streets of London, and so many UK cities, has also been influenced by how much younger the gangsters have become.”

In 2017, Jermaine Goupall, 15, was knifed to death in the Thornton Heath area of South London in a feud between rival gangs.

Jermaine was not believed to have been an active gang member himself.

Three men were jailed for life over the killing.

Two years later, in June of last year, I heard about rival gangs of schoolboy gangsters in South London attacking each other with knives as terrified pupils ran to take cover. 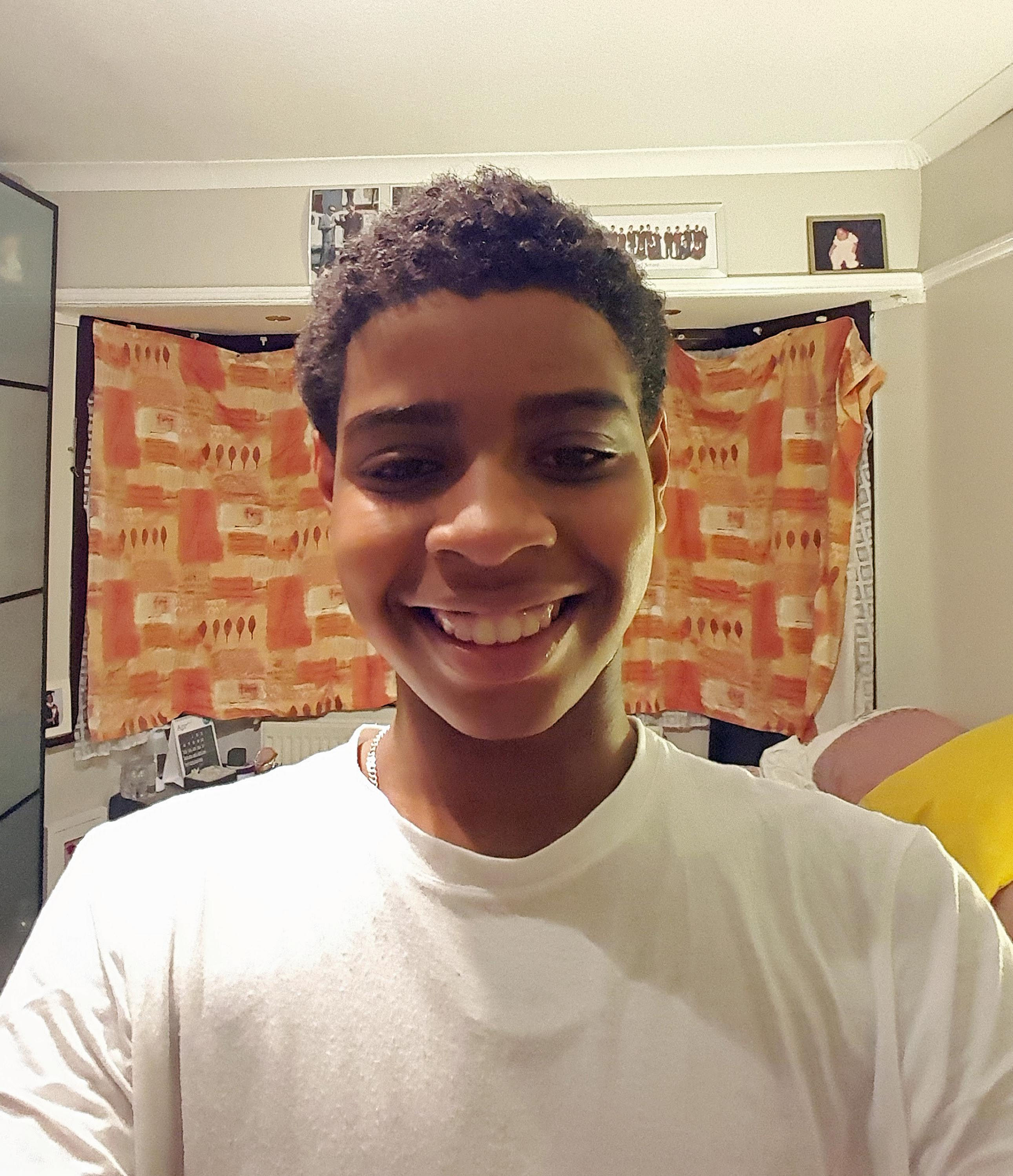 I experienced the threat of a knife myself during a visit to an East London housing estate at the end of last year. I was being introduced to a gang at the time and they were suspicious.

They had a go at the intermediary, then a knife was pulled and shown to me. I think they wanted to prove they were in charge. It wasn’t a very serious attempt, but it felt threatening.

If I’d been just another kid, they’d have done something with the knife.

GANGSTERS use stabbings, torture and rape to spread fear.

One such attack stunned a neighbourhood in June last year. Nursery teacher Christel Stainfield-Bruce, 36, was pushing her three-year-old son in a buggy in Islington when she was knifed by a boy in the back of the leg. 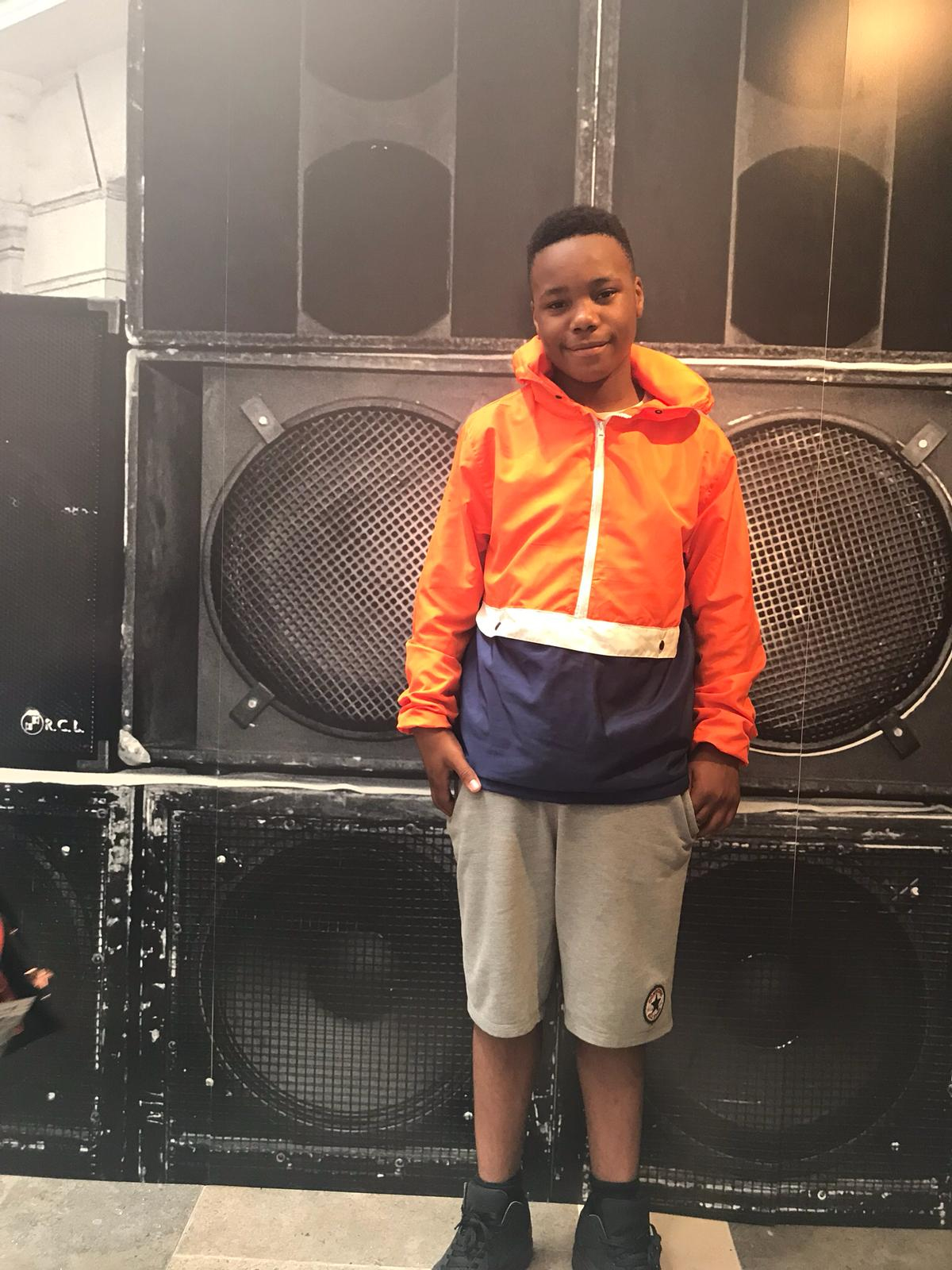 She survived the attack, which she believed may have been a gang “initiation”, and her attacker was jailed for four and a half years.

Gangsters also torture rivals, and make sure people know about them. This is public relations for them, ensuring most people do not dare to cross them. They will threaten another person’s family – that is the most popular form of torture.

One example of turf war turning deadly was the murder of Beaumont Crew member Jaden Moodie, 14, in Leyton, in January 2019. Led by Mali Boys gang member Maj Majdouline, 18, a group of youths stabbed him multiple times. Maj, who denied killing Jaden, was eventually sentenced to life.

One street gangster I’ve met, Fraz, is well qualified to explain the role of knives in the drugs underworld. He was stabbed four times on one of East London’s most notorious estates after he lost a bag of drugs he was holding for a gang.

He had been mugged by a rival gang, who snatched the drugs, but his Top Boy did not believe him and he was hung over the side of a balcony, 100ft up, for almost half an hour.

The next day the Top Boy and two of his gang attacked Fraz in a darkened alleyway, the Top Boy stabbing him repeatedly. Fraz later recalled: “I felt and heard that blade kinda squelch into me . . . I fell on the pavement, blood gushing everywhere.” 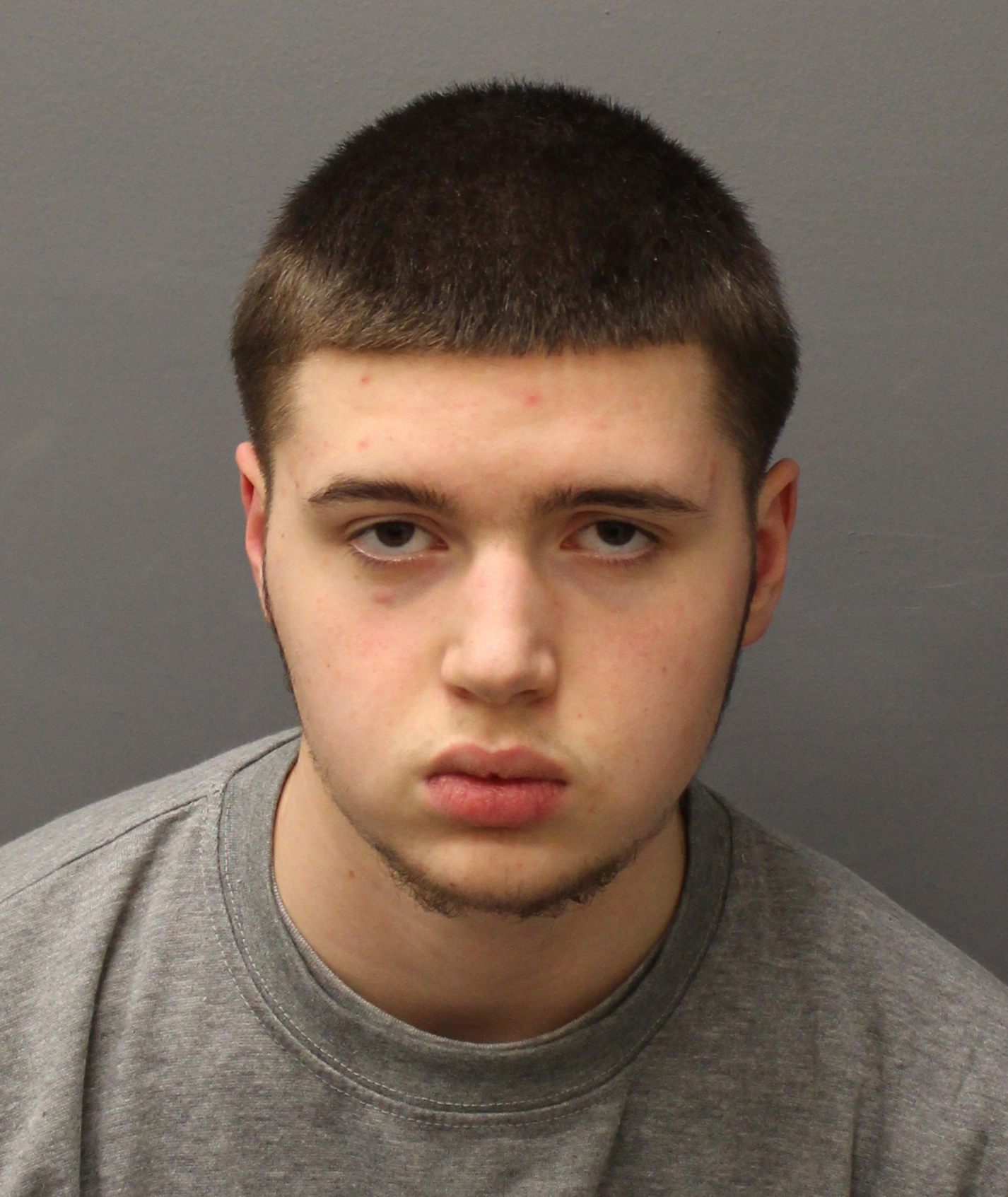 The Top Boy then leaned down and stabbed Fraz again, this time in his stomach, and he felt it immediately. Fraz said: “When the knife was inside me, he twisted it around. I could feel my insides being scraped.”

The same attacker later visited Fraz in hospital and handed him an envelope filled with cash. Fraz never informed on him after that.

Many London housing estates have become lawless territories where the police do not dare to go.

I visited one in East London at the end of last year and it opened my eyes to a secret netherworld. It is grey, cold and uninviting – broken playgrounds, litter scattered across scrubby, dog s***-infested grassland.

Buying a loaf of bread from a corner shop can lead to a knife threat here. As one 11-year-old resident explained to me: “They want p’s [money] . . . If they say, ‘Gimme your phone or I shoot ya’, ya just do it or they might push that gun in yer face and press the trigger.”

I was shown to one of the abandoned flats on the estate by a former gangster who introduced me to a Top Boy. 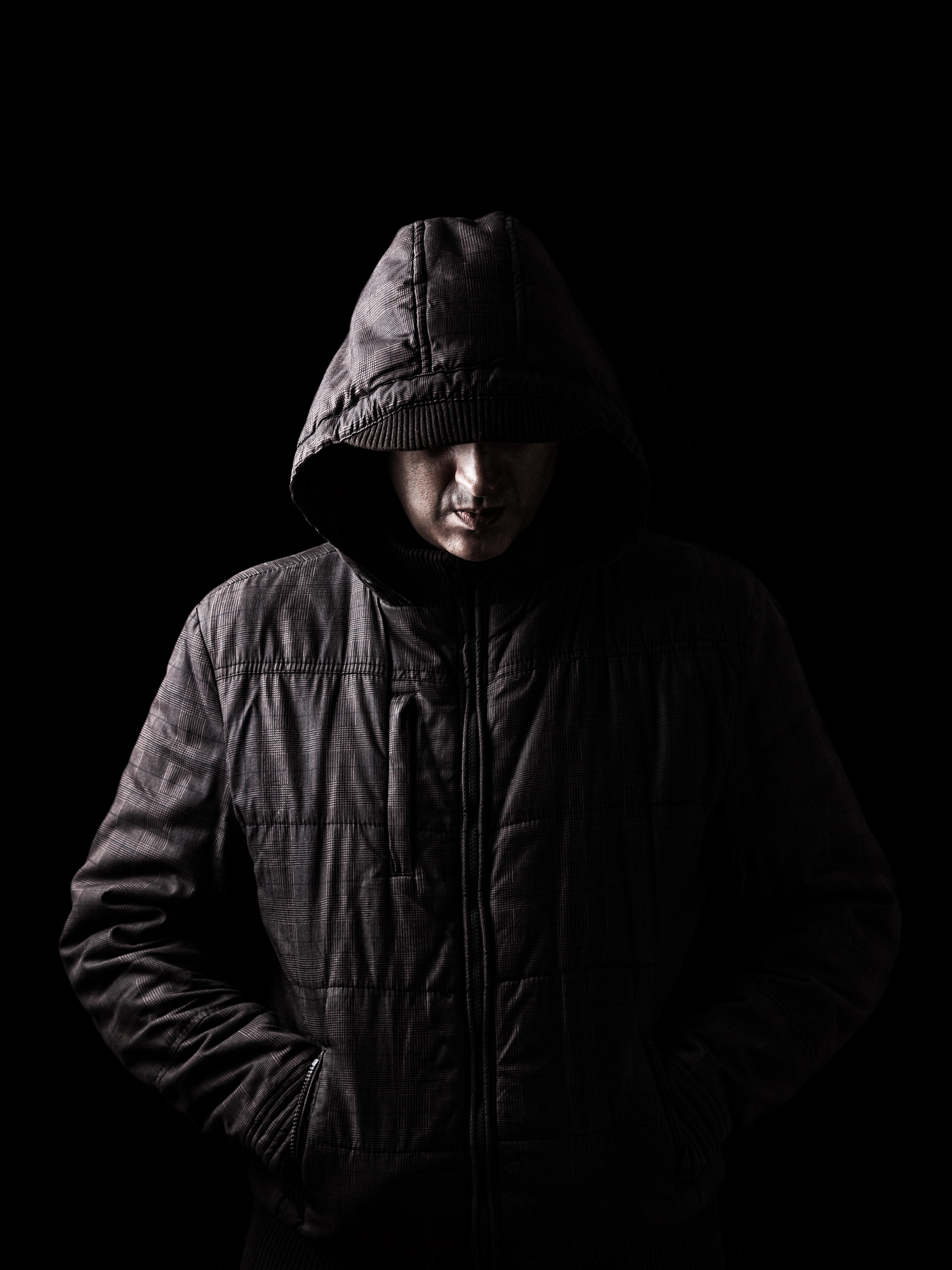 Inside were at least ten unemployed teenagers cutting cocaine, 12 to 15 hours a day, often for minimum wages.

But there are more stories.

I once saw a nine-year-old kid hide drugs in his mouth before he passed them over. You think, ‘if that bag burst, what on Earth would happen to him?’

A major problem is also the county-lines phenomenon in recent years. Top Boys and their crews have been deliberately recruiting underage kids to move their “produce” between the UK’s biggest cities.

One 13-year-old from an East London estate told me: “It’s a chance to earn some real p’s.”

IT is not just male gangsters ruling the drugs underworld.

I heard about a notorious female gangster, Fem, who lived on a West London housing estate. 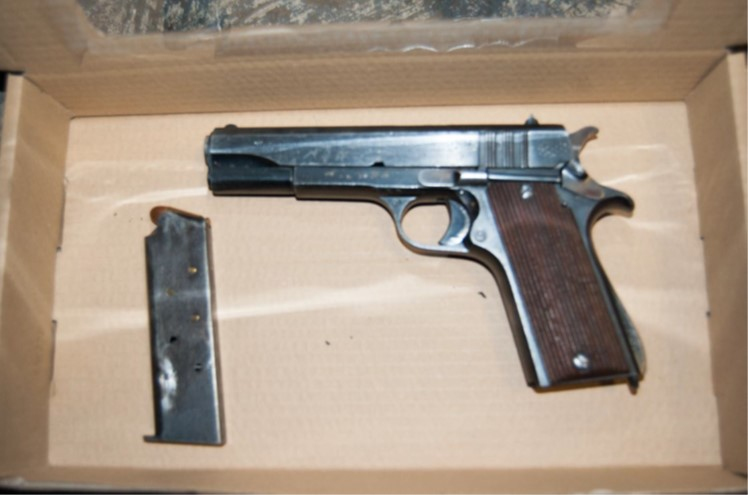 I wasn’t able to talk directly to Fem but did manage to contact two former members of her crew.

They told me she became the gang’s hit-lady after urging her then Top Boy to kill one of their street dealers who was suspected of being a police informant.

One ex-member of her gang said: “Fem just wouldn’t leave it alone.

“The rest of us were not so sure he was even a rat and urged our Top Boy to hold back and establish the facts first.

“But then Fem just went and shot the dude, in cold blood, in front of most of us.”

Sadly, innocent people are caught up in these gang wars, too. 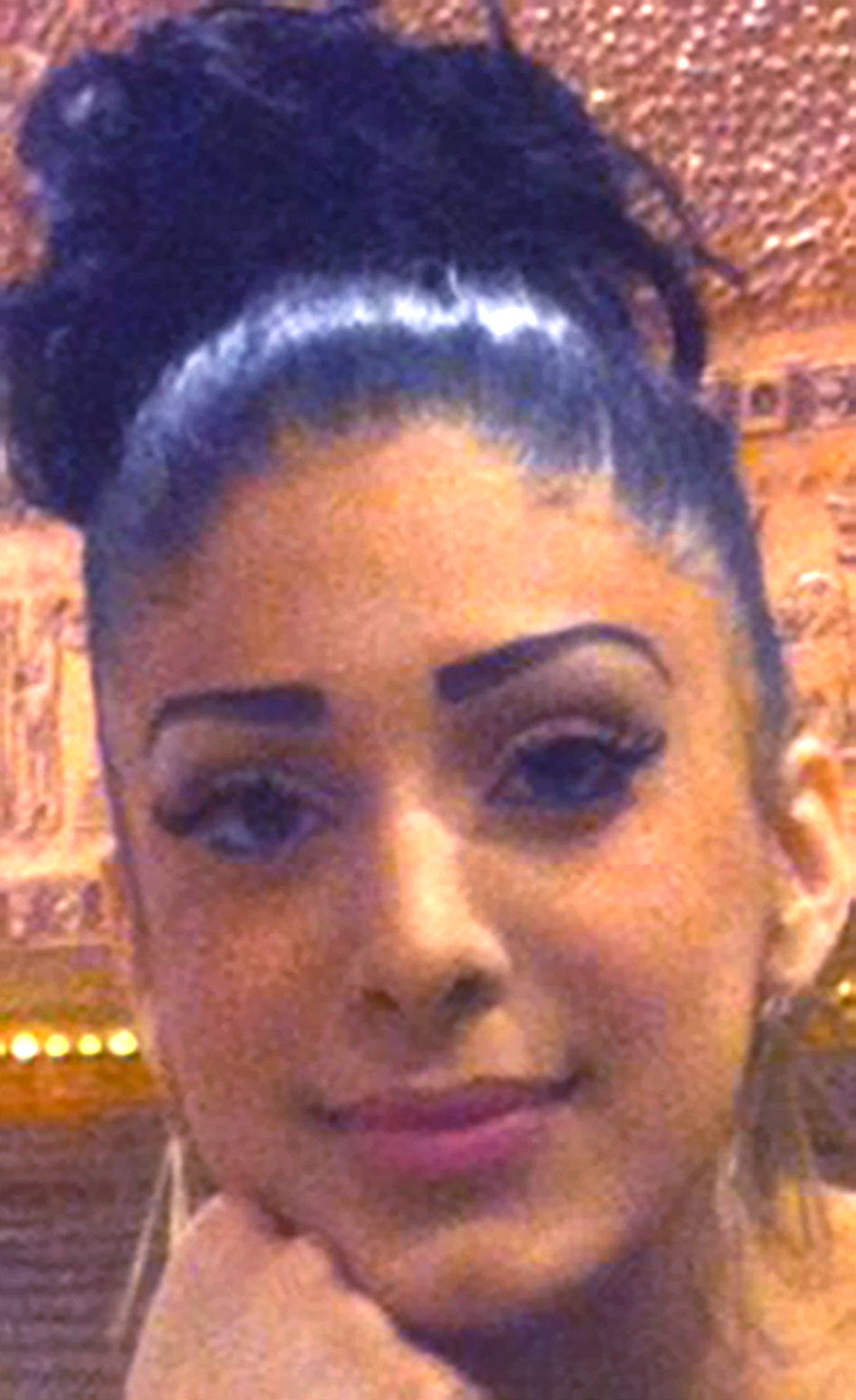 The murder of Mohanna Abdhou – Montana to friends – on May 26, 2017, in South Kilburn, highlights how danger-ous turf wars have become.

The 20-year-old was killed when she was hit by a ricocheting bullet amid a hail of gunfire from two masked men on bicycles.

A court was told how it followed years of tit-for-tat violence between Killy gang members from the nearby South Kilburn Estate and Harrow Boys from the next door Mozart Estate. The men arrested were later cleared of killing her.

In 2017 I lived close to an estate in West London which had evolved into a world within a world, where few people apart from residents dared to enter.

I heard about one brave teenager called Fido.

He was about to take his A levels and had plans to be the first member of his family to go to university.

But he was outraged at how local gangsters had taken over and pledged to stop them.

Fido was eventually stopped by three knife-wielding gang members and mugged – but he still he refused to back down.

A couple of days after he had been mugged, he confronted one of the same gang members on the estate and they had a vicious fight.

Fido won and demanded a meeting with the Top Boy of the estate’s street gang.

His brother Rani said: “We all tried to stop him.”

Two days later Fido was found dead from knife wounds in an alleyway on the edge of the estate. 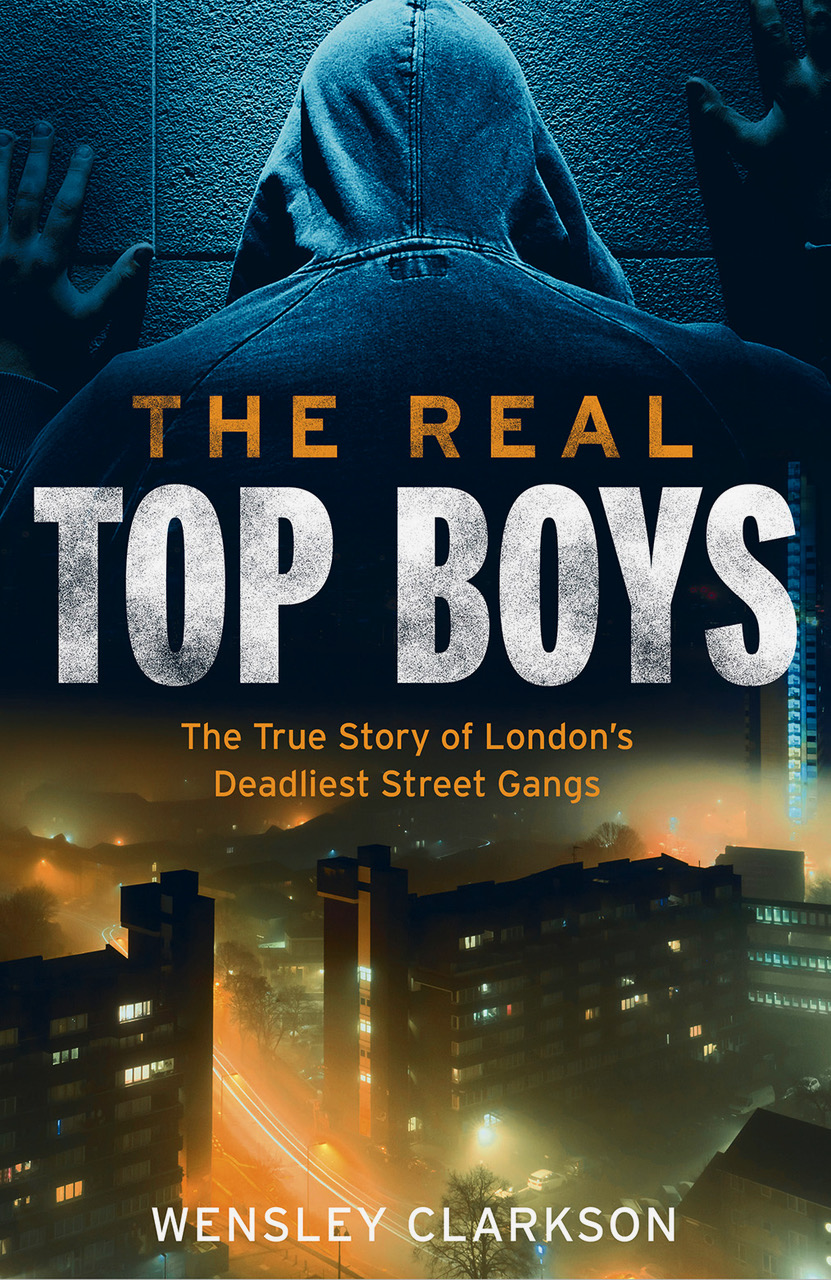