The BBC has announced it is to close the ‘majority’ of its smaller news offices across England as part of a cost-cutting drive during the coronavirus crisis.

The move by the broadcaster comes after BBC News halted cuts of up to 450 jobs as part of a wider mission to achieve an £80 million saving by 2022.

Staff were circulated an internal email notifying them of the closures of the satellite offices, generally used by the BBC’s regional news teams.

The BBC has been reviewing the use of all its smaller district offices across England through much of 2019. 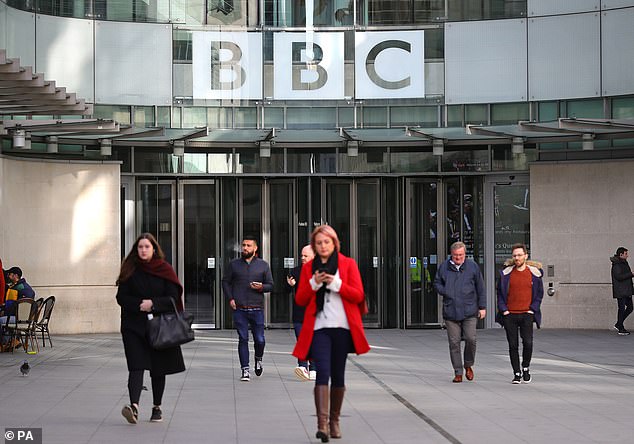 Pictured: BBC Broadcasting House in London. ‘There will be no job losses and our services in those areas will not change’

The news comes as the ‘BBC faces a challenging financial future’.

‘The coronavirus crisis and all of the issues that have resulted from it mean that we have to look at our costs in an even more forensic way than we normally do,’ said Jason Horton, head of BBC East and South East, speaking to the Press Association.

Among the sites facing closure is the BBC South Today office in Gunwharf Quays, Portsmouth, Hampshire.

The site is generally used as a hub for reporters to record local broadcasts.

The BBC said its main hub in Southampton will be unaffected by this change.

‘We have been reviewing all of the smaller district offices we have across England and were doing so through much of last year,’ said Horton to the PA.

‘We have now decided to close a majority of those smaller sites.’

According to the BBC the planned closures will ‘save a significant amount of money’ for the broadcaster.

‘We have 39 broadcast bases across England. These sites are supported by a number of very small, often unstaffed sites in nearby locations,’ said a BBC spokesperson.

‘New technology means these smaller sites are no longer needed. Closing them will save money at a time when the BBC faces significant financial pressures.

‘There will be no job losses and our services in those areas will not change.’

One BBC staff member, who wished to remain anonymous, told PA: ‘It is worrying to hear ‘a majority’ of smaller sites will be closed although I am very sympathetic with the corporation which is facing immense financial pressures.’