JOE Biden dodged greeting Boris Johnson and told him to "wait a minute" so he can elbow bump his wife first.

The president made a b-line for the Prime Minister's wife, Carrie Symonds, when he arrived in Cornwall on Thursday morning. 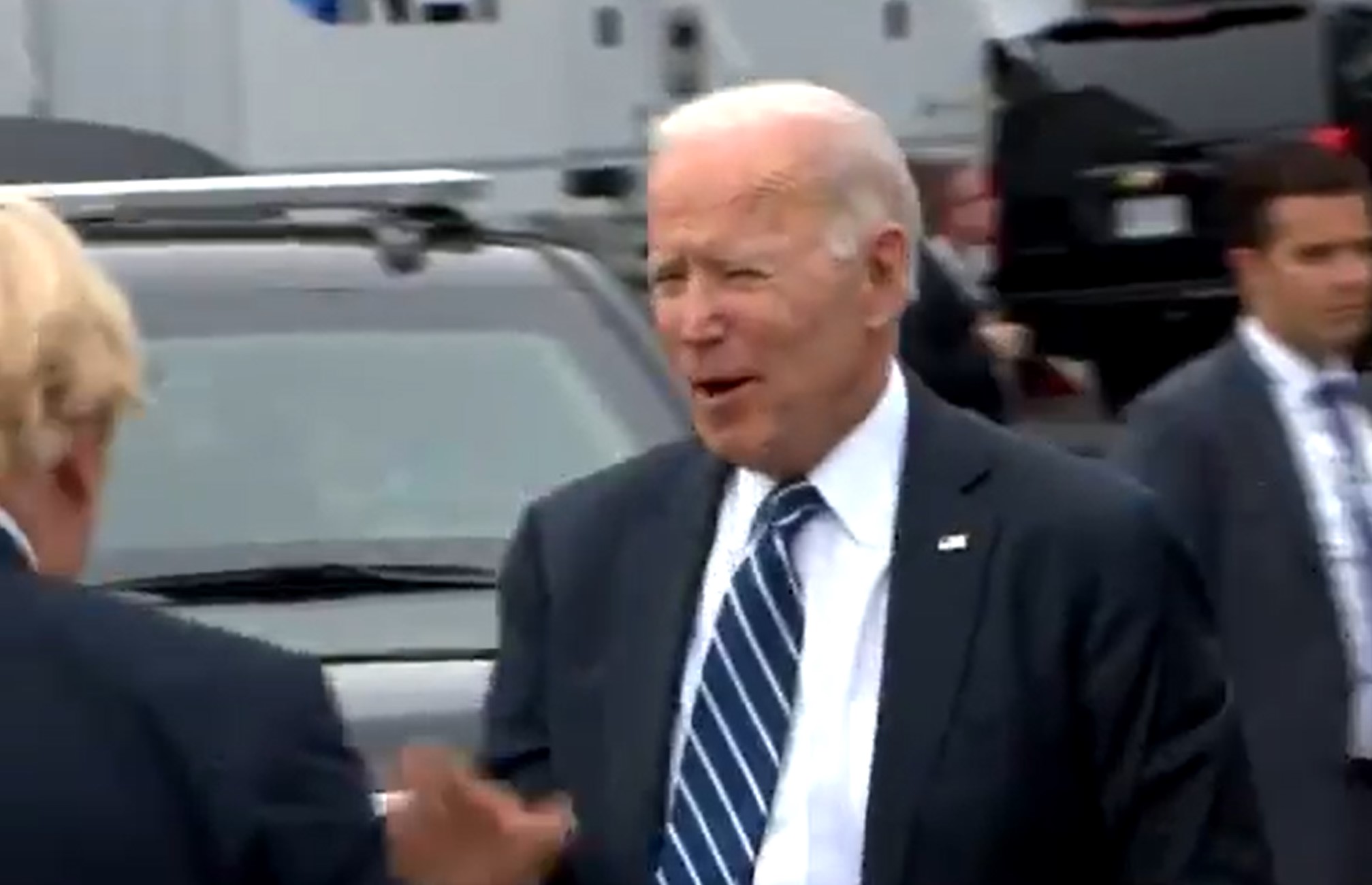 "Wait a minute," Biden said as he waved Johnson away, before repeating, "wait a minute."

The 78-year-old could then be seen bumping elbow's with the Prime Minister's new wife, Carrie.

Biden then turns to Johnson and starts speaking with him, as Dr Jill walks towards the trio to join them.

Jill goes to shake Boris's hand, but is quickly reminded that in the United Kingdom people are currently bumping elbows due to the coronavirus pandemic. 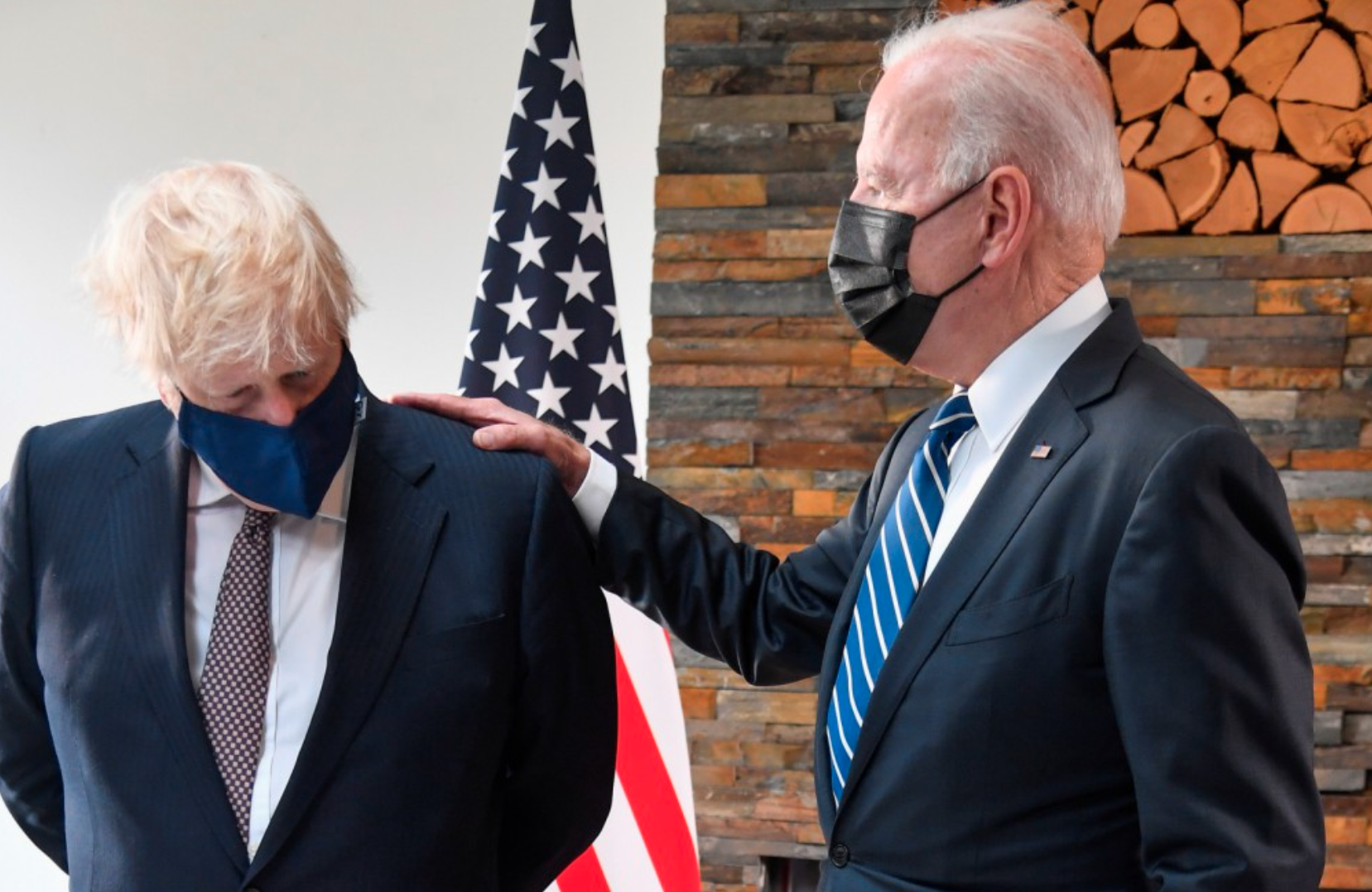 The Biden's were in Cornwall, England, to meet with Prime Minister Boris Johnson and his wife, Carrie.

The American couple arrived in the United Kingdom on Thursday, with the president making a speech at a Royal Air Force Station shortly after.

After running on stage, Biden began his speech by proclaiming "When I was 14…" before he became distracted by the standing crowd.

He gestured the large crowd to sit back down by saying "at ease" before joking "I keep forgetting I'm president".

In another gaffe, the 78-year-old referred to the RAF as the RFA.

"These partnerships have hardened and have been hardened in the fire of war and generations of Americans and service members who fought them. Like those RFA pilots," he blundered.