A BLACK driver was filmed demanding Black Lives Matter protesters stop blocking the road during a rally in Austin.

Footage shows the furious dad telling the campaigners to "get out my way" because he had to get to work. 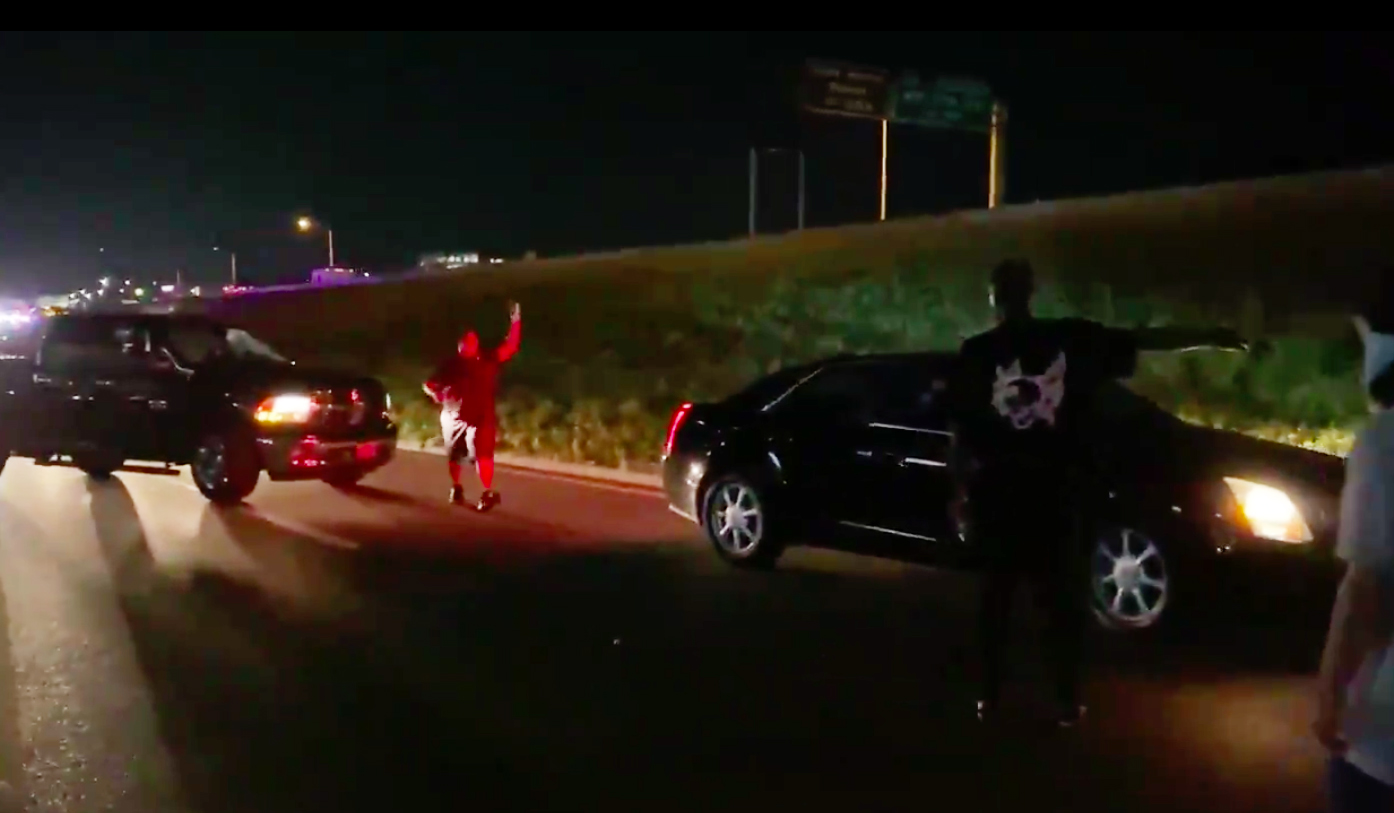 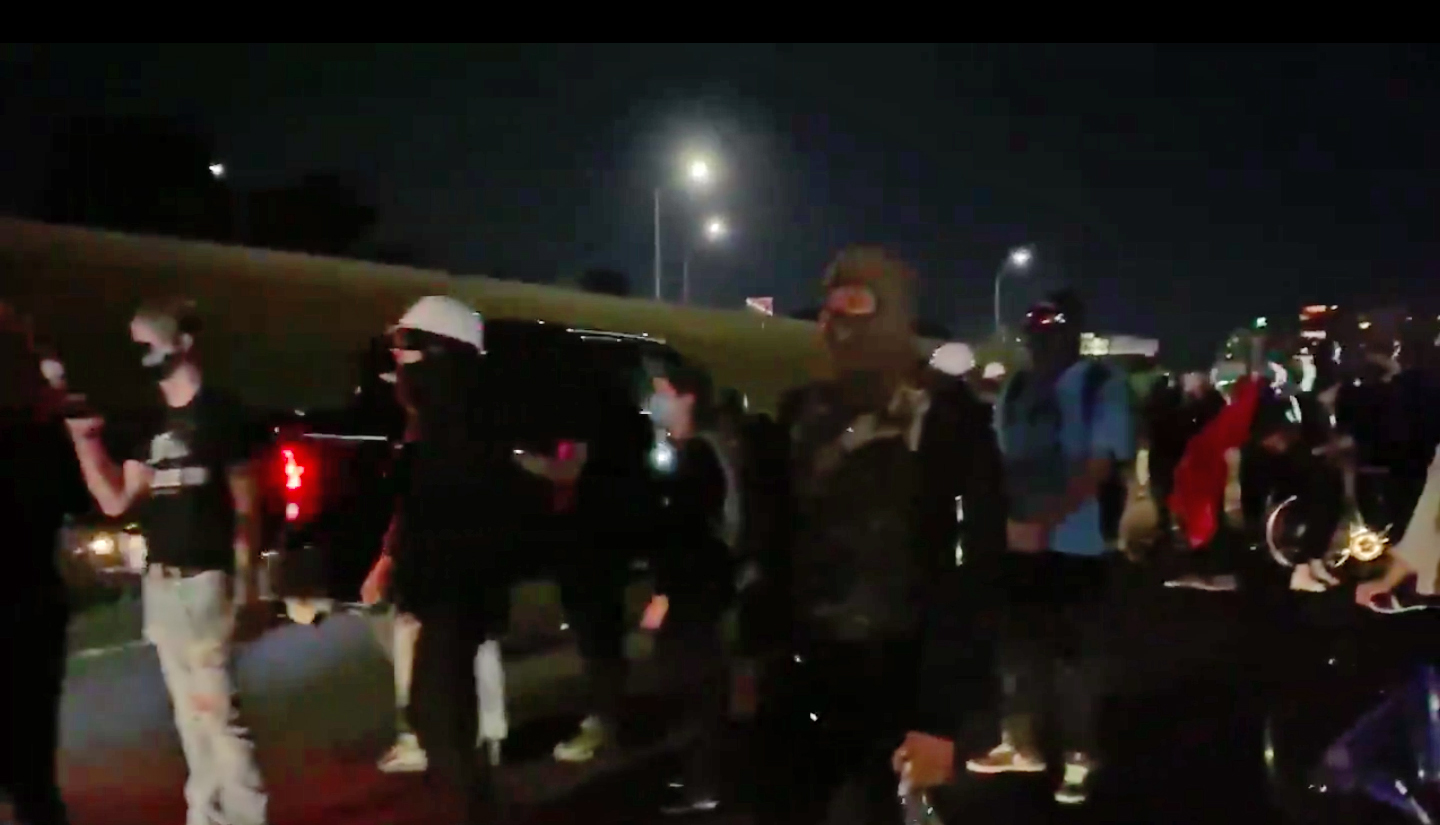 It came after heavily-armed rival protesters were locked in a stand-off a week after BLM supporter Garett Foster was shot dead.

The motorist who was blocked by a group gathered on the highway said: "'I've got bills! I've got kids! Get the f**k out of my way!"

After shouting at the activists, the man returned to his pick-up truck to which the crowd stepped to the side of the road to let his car continue on the I-35.

After the footage was shared by reporter Savanah Hernandez last night it went viral with several users calling the situation ironic.

"A father whose kid's lives matter enough to him to confront the crowd on the way to his job to put food on the table. Respect!," another Twitter-user wrote.

The incident follows a tense night in Austin after rival gunmen clashed over the fatal shooting of BLM supporter Garrett Foster.

Perry claims he came across the protest by accident while working as a rideshare driver, and that he only opened fire in “self-defense” after Foster allegedly waved his AK-47 at him. 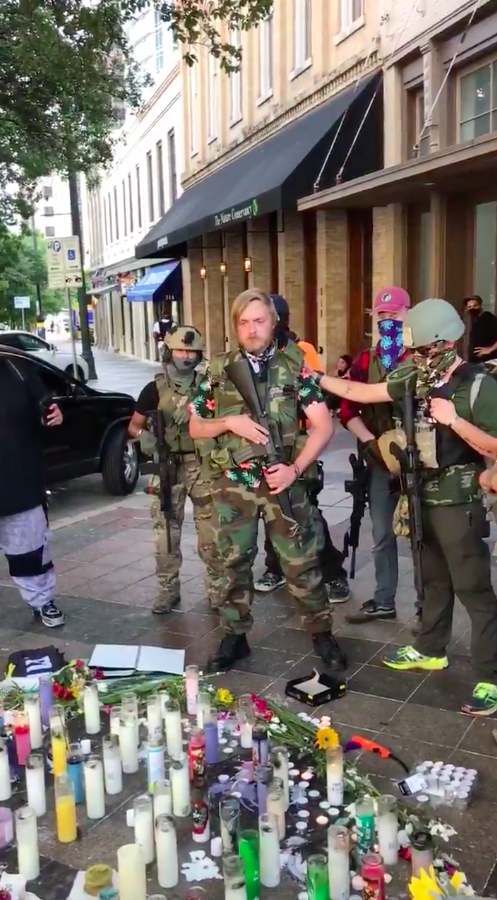 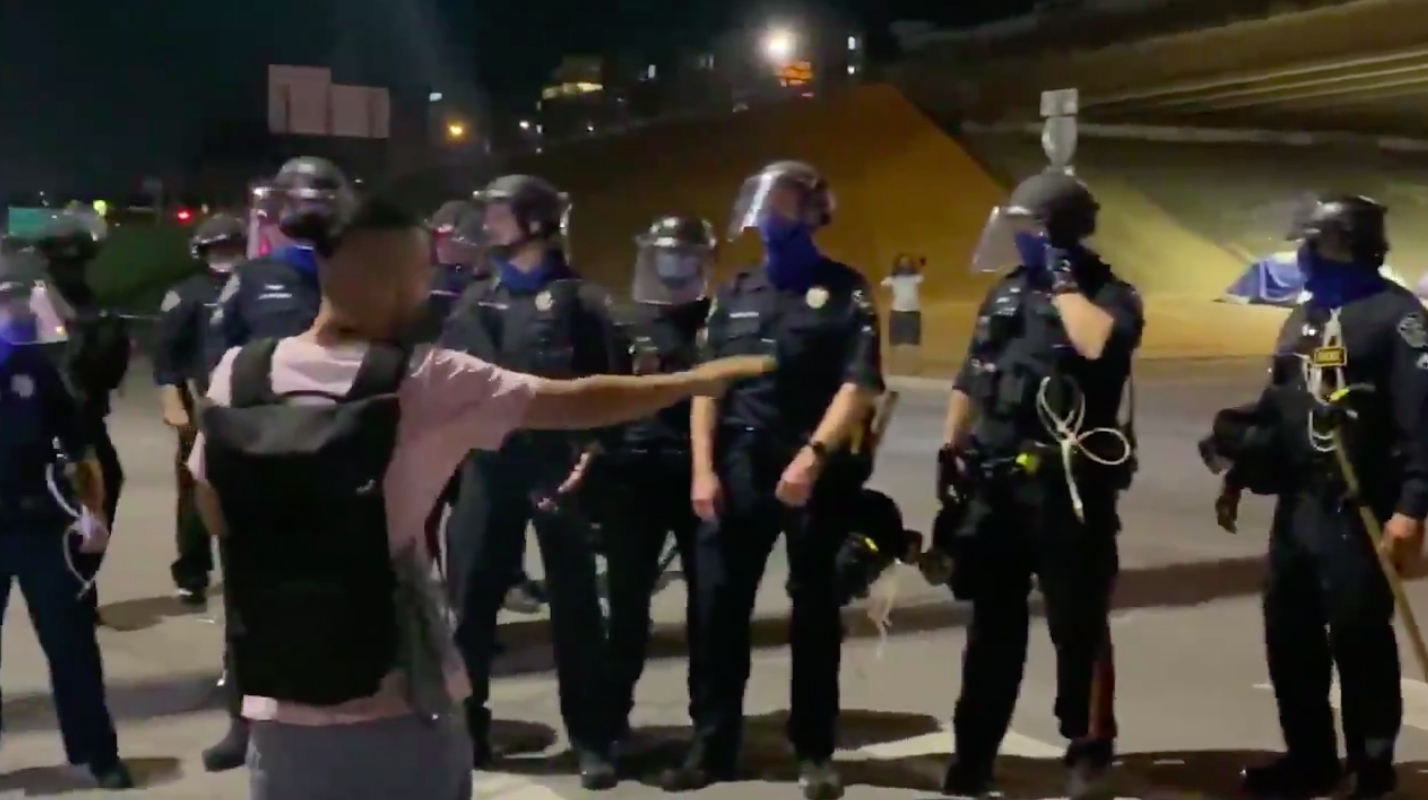 Yesterday evening a group of armed men gathered to protect demonstrators at a makeshift memorial in honor of Foster.

Earlier in the week the memorial had been destroyed by a man who claimed Foster was a “terrorist” because he supported the Black Lives Matter movement and that he was, therefore “rightfully and legally euthanized”.

Other gun-toting men from the far-right group The Boogaloo Boys were spotted near the memorial.

Austin Police Department deployed cops out on the streets as they feared tensions would explode between the two groups by nightfall.

The police department released a statement saying that they had called in extra police officers and state troopers to help protect both people and property.

The statement read: “We are bringing in the necessary staff, and have partnered with other local law enforcement agencies as we have done throughout the past few months, to allow for those peacefully and lawfully practicing their first amendment rights while also working to prevent any violence or destruction of property.”

Austin Police Department also issued a warning to people who lived in the downtown area to be “on guard” after rumors of BLM activists could break into high-rise residential buildings to stage rallies from rooftops.

It was reported that by 8 pm two police helicopters were circling over the city in a bid to spot protesters on top of buildings.

Elsewhere across the city police wearing riot gear were seen forming a protective barrier in the downtown area.

According to one witness, police had cleared protesters from other parts of the city claiming: "If you do not you will be subject to arrest for obstructing the roadway." 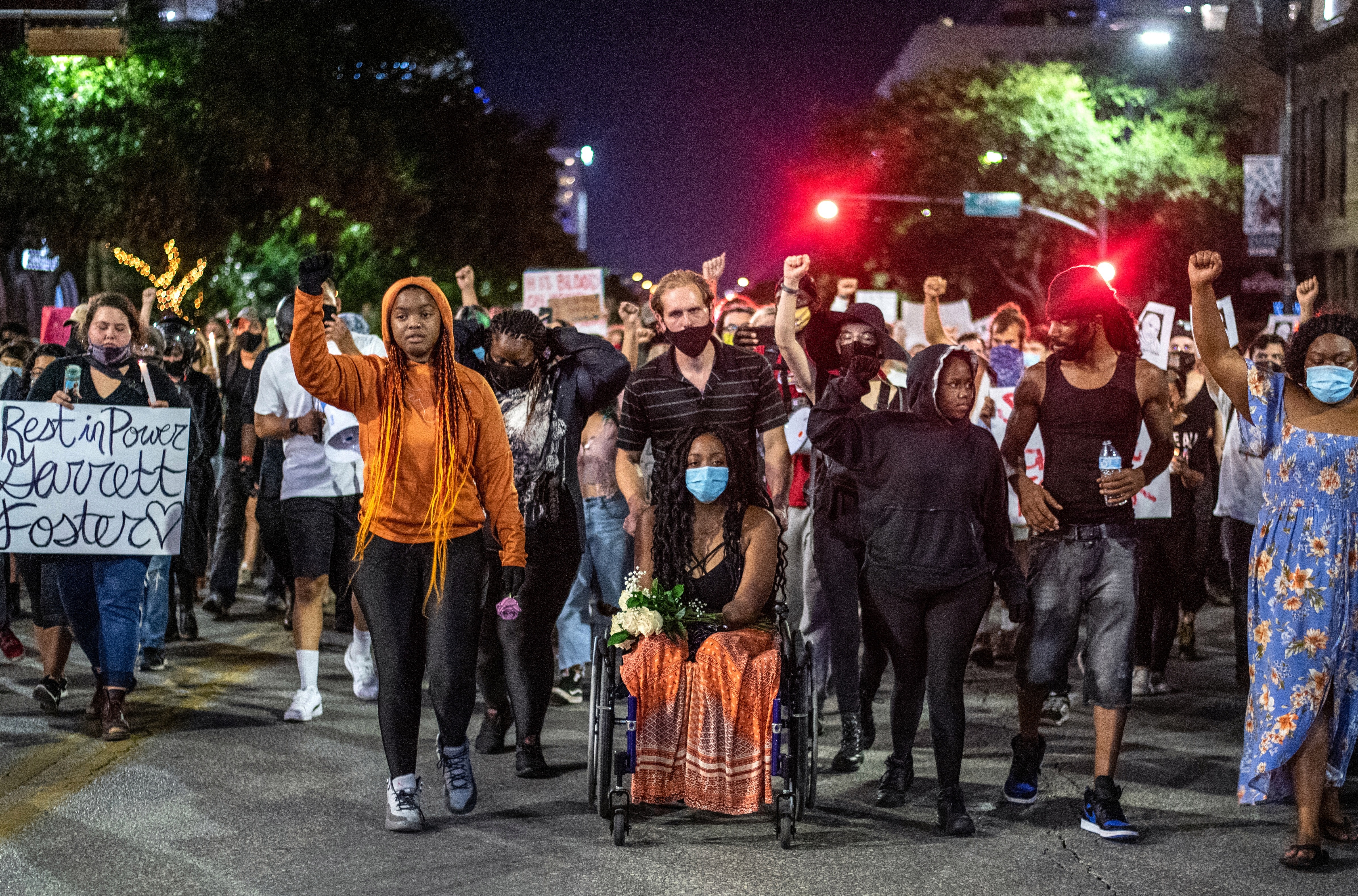