Britain suffers another 888 coronavirus deaths – the worst figures for a week and the fourth worst day for deaths overall as total toll surges to 15,464

Britain’s coronavirus daily death toll today rose today to 888 – dashing hopes that the country’s fatality curve may be flattening after days of uncertainty.

The total death toll is now 15,464 but it is feared there are thousands more due to a delay in recording hospital fatalities and the failure to include those in care homes. 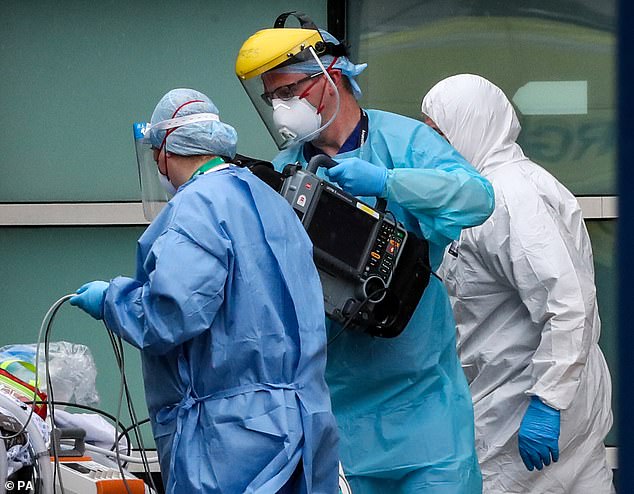 But fewer than 900 deaths have been recorded in UK hospitals for seven days in a row, giving faint hopes that the darkest days of the crisis could now be behind us.

Today’s higher figure comes after a total of 847 deaths was reported by officials yesterday, which was a drop on the previous day’s total of 861.

April 10 was Britain’s deadliest day with 980 deaths – the worst day for any European country only recording hospital deaths, overtaking Spain’s high of 950 on April 3.

The worldwide death toll is now at 154,188, with 2,251,690 cases now registered in 193 countries and territories since the outbreak began in China last December.

Of these cases, at least 497,600 are now considered recovered.

It comes as a key adviser to the Government on coronavirus has said trials for a vaccine for the disease could be completed by mid-August. 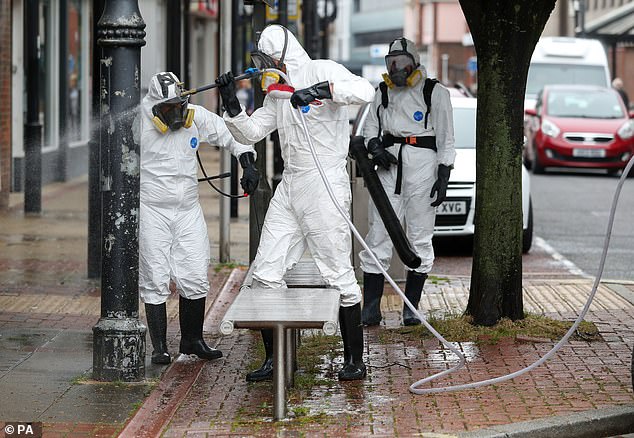 Human testing of a potential vaccine is due to begin within the next week at Oxford University.

Asked about the possibility of a vaccine being produced by the autumn, Professor Sir John Bell, a member of the Government’s vaccine task force and an adviser on life sciences, told BBC Radio 4’s Today programme: ‘The real question is will it have efficacy?

‘Will it protect people, and that has not been tested and it will only be tested once you have vaccinated a significant number of people and exposed them to the virus and counted how many people have got the virus in that population.

‘So, we won’t even get a signal for that until May.

‘But if things go on course and it does have efficacy, then I think it is reasonable to think that they would be able to complete their trial by mid-August.’

Sir John said of the candidate vaccine being tested at Oxford: ‘If we can see evidence of a strong immune response by the middle or the end of May, then I think the game is on. 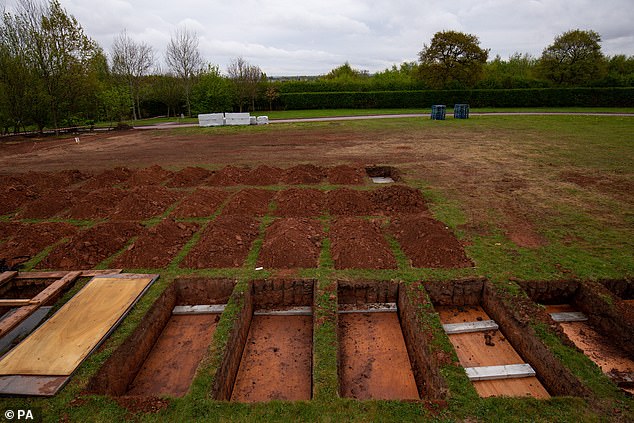 ‘Then, of course, there is the massive issue of how you manufacture at scale many billions of doses.’

The comments came amid fears that some hospitals could run out of certain types of personal protective equipment (PPE) this weekend.

Chris Hopson, chairman of NHS Providers, said some trusts will run out of supplies on Saturday or Sunday because we have ‘reached the point where national stock of fully fluid repellent gowns and coveralls (is) exhausted’.

The comments came as a British Medical Association (BMA) survey of more than 6,000 doctors across the country said a significant amount of them remain without the protection they need to guard against Covid-19.

It echoed another survey of 14,000 medical staff by the Royal College of Nursing (RCN) which found half of nurses have felt pressure to work without appropriate protective equipment during the crisis.

It comes after it was revealed that doctors and nurses in England will be asked to work without full-length gowns and to reuse items when treating coronavirus patients ahead of expected shortages of protective garments, prompting outrage from unions.

BMA council chairman Dr Chaand Nagpaul said: ‘The Government says that one billion items will soon have been shipped, and while there have been signs of improvement, our research clearly shows that equipment is not reaching all doctors working on the frontline.

‘Too many doctors and healthcare staff have already lost their lives. We cannot afford to risk losing any more.’

He added: ‘Just yesterday the Health and Social Care Secretary said he could not guarantee that hospitals would not run out this weekend.’

The BMA survey found just under a third of doctors working in high-risk areas – aerosol-general procedure (AGP) areas – and other non-AGP hospital settings said they were sometimes pressurised to work without adequate protection, while 50% of doctors working in AGP areas said there were shortages of, or no supply at all of, long-sleeved disposable gowns and disposable goggles.

If the gowns are not available, clinical staff are now advised to wear ‘disposable, non-fluid repellent gowns or coveralls’ or ‘washable surgical gowns’, with aprons, and to wash their forearms afterwards.

At least 50 NHS workers have now died after contracting coronavirus.

A Department of Health spokesman said: ‘New clinical advice has been issued today to make sure that if there are shortages in one area, frontline staff know what PPE to wear instead to minimise risk.’

Niall Dickson, chief executive of the NHS Confederation, a body that describes itself as speaking for the health and care system, told BBC Radio 4’s Today programme: ‘I think the worrying situation is absolutely there.

He told the Times: ‘The Government is going to have to accept and admit we are coming out of lockdown.

‘We need to trust the British people and not treat them like children. We must respect their common sense. They need to know that the sun is rising at some point in an economic sense.’