Tea’s up! Britain’s only tea grower says orders have soared to 12 times normal as locked-down Britons turn to a cuppa to help them keep calm and carry on through Covid-19 crisis

Britons are turning to tea to keep calm during the coronavirus crisis with business booming for the nation’s only tea grower.

Tregothnan Estate says it is struggling to keep up with demand as online tea orders skyrocketed – with 12 times as much business as usual.

The company said there was ‘nothing more British then a cup of tea’ especially in a time of crisis. 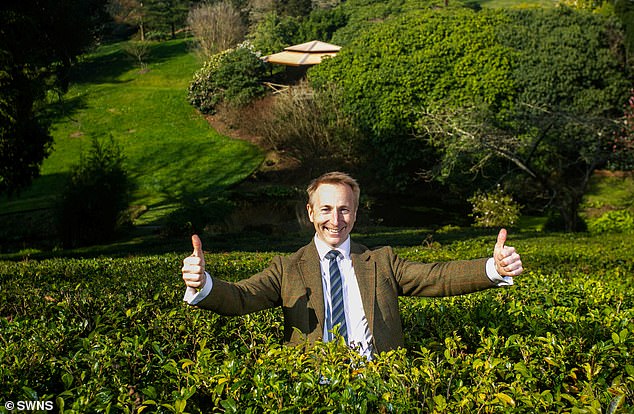 Jonathon Jones, Managing Director of Britain’s only tea grower at Tregothnan Estate says business is booming with Britons stuck inside and consoling themselves with the drink 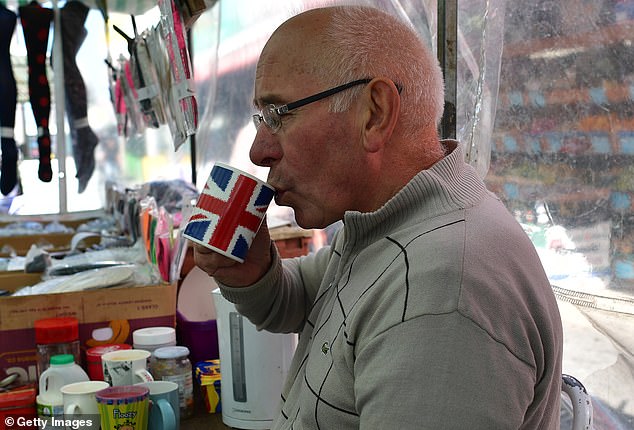 Jonathon Jones, 48, managing director of trading at the estate in Cornwall, said that another reason for the surge in demand is people have even been enjoying tea with their friends and family digitally through video chats.

He said: ‘Tea orders are going up because people are staying at home, everyone is a tea drinker these days.

‘I think people are consoling themselves with a cup of tea. People are video talking to each other and having a cup of tea online.

‘In the last four weeks we have seen our web sales multiply by a factor of 12, it’s a huge spike.

‘Certain types of tea orders have multiplied by a factor of 20 online.’ 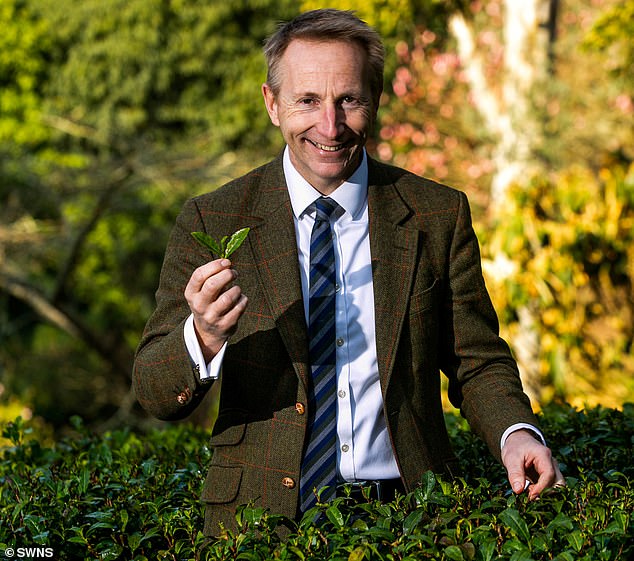 While sales to restaurants and airlines have dramatically reduced, online sales are strong

Jonathon said that some aspects of the business have been affected by the ongoing lockdown, and said that orders from restaurants and airlines had almost completely dropped off.

He said: ‘Normally we were selling to restaurants and airlines and that’s dropped off, but we’ve seen a much bigger increase in web sales so we’re ok.

‘In a sense it’s not bad, but the situation is very nerve wracking for everyone involved.

‘We don’t know what’s going to happen in life, we hope that people will get back to drinking tea together but we don’t know when that will be.

‘Tea is the world’s favourite drink, not just here in the UK but around the globe.

‘We see a lot of orders going to the US and we’re making a British and American blend at the minute, it will be made with tea from Alabama and here in Cornwall – it will be the first time it’s been done.’

Tregothnan Estate’s new British and American blend is expected to be ready in the next few weeks. 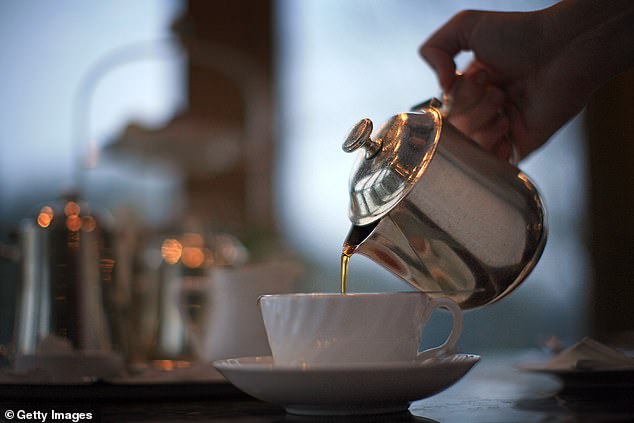 Tregothnan is believed to be the first place to grow ornamental Camellias outdoors in Britain over 200 years ago and is now the only place growing tea in England.

It currently produces both loose leaf and tea sachets to sell and serve, with four black teas and ten herbal infusions.

Tea was first developed commercially at the site in Cornwall from Camellia sinensis, the ‘Chinese tea plant’, in 2001.

The first ‘English tea’ was then sold in November 2005 to Fortnum & Mason of Piccadilly.