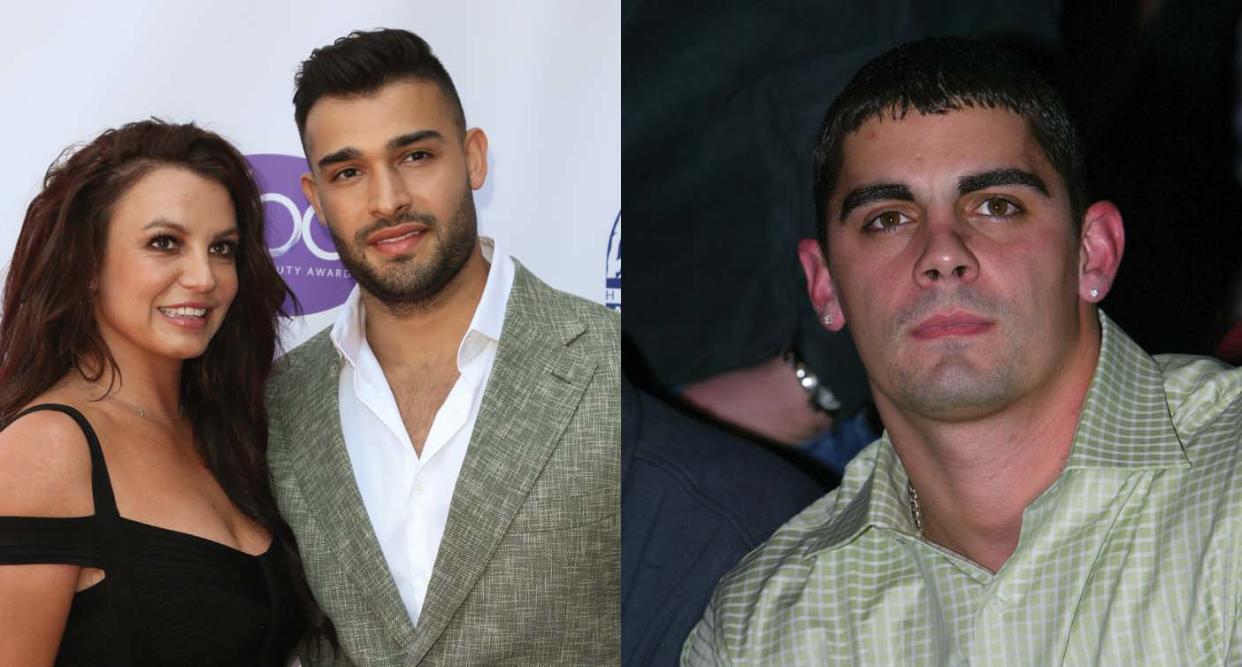 Britney Spears and Sam Asghari obtained a restraining order against Jason Alexander after the singer’s first husband crashed their wedding. Alexander was arrested just hours before the intimate ceremony, which took place at Spears’s home, and booked on trespassing, vandalism and battery charges.

“Fortunately, Alexander is incarcerated and under an emergency protective order,” Spears’s attorney Matthew Rosengart tellsYahoo Entertainment. “I want to thank Sergeant Cyrus Zadeh, Detective Ken Michaelson, and the Ventura County Sheriff’s Office for their prompt and good work and look forward to working with law enforcement to ensure Alexander is aggressively prosecuted and hopefully convicted, as he should be.”

Alexander somehow made it past security at Spears’s estate in Southern California and into the tent where she and Asghari would soon exchange vows. He also went into her home looking for the superstar. Alexander live-streamed the whole thing on Instagram and yelled out, “Britney Spears invited me here. She’s my first wife, my only wife. I’m her first her husband. I’m here to crash the wedding.”

Rosengart adds, “This was an outrageous security breach, which I am livid about, but fortunately Britney is safe, and she was a stunning and happy bride.”

Alexander was allegedly armed with a knife when he entered Spears’s home, according to the order obtained by Page Six. He’s apparently “continuously trespassed” on her property.

Spears and Alexander were childhood friends. They eloped during a wild weekend in Las Vegas in January 2004. The marriage was annulled 55 hours later.

Alexander is still in custody as of Friday afternoon. His next court date in on Tuesday, June 14 at 1:30 PM.

MORE: Sam Asghari says he and Britney Spears are staying “positive” about starting a family after miscarriage