Industry groups, unions, universities and sporting organisations are set to join forces to generate policy and project ideas that would power Victoria's economic recovery and define the state's post-pandemic legacy.

Talks are under way involving the AFL, companies including KPMG, leading universities and Victoria's peak union body to join the Victoria Summit, which is being organised by the Victorian Chamber of Commerce and Industry. 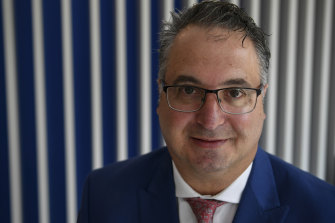 The Andrews government welcomed the formation of the summit and VECCI chief executive Paul Guerra, backed by Trades Hall secretary Luke Hilakari, said it would harness the trust formed between government, business and unions during the pandemic.

"It'll be one of those ones where you drop the ego at the door and bright minds around the state come together," Mr Guerra said, adding the group will collaborate on ideas for key growth sectors such as renewable energy, artificial intelligence and medical research.

"We have the opportunity to create a bold vision for Victoria. Where does Victoria go and where will we be in 2030? … If we bring industry, universities, TAFEs, unions and government together, what can we create?"

"Our legacy should be what we did coming out of COVID, not the virus itself." 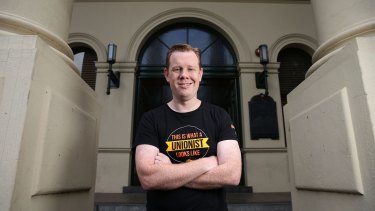 Plans for the summit involve a series of forums, workshops and consultations – utilising advice from thought-leaders and researchers – that would culminate in concrete proposals being put to governments. Meetings of the summit could be held as soon as December.

In the 1990s a group of disparate political, union and business figures – including Labor premier Joan Kirner, trucking magnate Lindsay Fox and Liberal figure John Elliott – developed reforms to recover from a deep recession. The plans included the redevelopment of Docklands and the introduction of Sunday trading.

Victoria's economy has shrunk by 2.3 per cent per capita this year, the worst decline since the 1990-91 recession and 13.2 per cent of jobs have been wiped out in the CBD and surrounding suburbs, according to the Australian Bureau of Statistics.

Mr Hilakari said the summit was a "great idea" that would help make Victoria a smarter, fairer and more prosperous state. The partnership between Victoria's peak union body and VECCI has strengthened during the pandemic after the groups jointly called for a wage subsidy before the JobKeeper scheme was created.

"It is beyond time civil society, unions and employers got together to talk about the future of this state," Mr Hilakari said. "We think Victoria is a very special state and we get ahead by people who want to work together to make it an even better state."

The union leader said he would use the summit to improve the industrial relations, planning and education systems. Enhancing female workforce participation and free childcare will also be in his sights.

The Trades Hall boss and Mr Guerra said it was essential for the economy that international students, who fuel consumer spending and provide labour supply, returned to Melbourne as soon as safely possible.

Mr Guerra said restrictions on density limits should largely be lifted by January when workers return from summer holidays. City building capacity, which will be set at 25 per cent from Monday, should be doubled or even tripled, he said, and limits on event sizes should be eased in order to kickstart the lucrative event and conference sectors.

Earlier state government restrictions guidelines, which no longer provide the framework for future sets of restrictions, said Victoria would move into the "COVID-normal" phase after recording 28 days of zero cases. In this phase, no restrictions would apply to hospitality venues, household gatherings, weddings or funerals.

"We've got to take off these artificial controls and let businesses and citizens operate as if they're going to be able to in a COVID-normal world," Mr Guerra said.

"Our view would be, why are there any restrictions at all [if virus number remain at zero for months]? The restrictions should be on masks … and COVID-safe workplaces and venues.

"Even if there is a view that the virus is still out there, we've contained it. We can wind back more restrictions and [not increase] much risk."

The biggest threat to Victoria's economic recovery was the reintroduction of COVID-19 via hotel quarantine when international flights return to Melbourne on December 7, Mr Guerra said.

The Andrews government has announced few details of the revamped program that has been paused since July after the virus transmitted from a returned traveller to hotel quarantine staff who then spread it into the community.

Mr Guerra said it was logical to host people entering Melbourne in a location close to the airport or in a desolate area distant from population centres. However, he acknowledged there was a need to treat those arriving with dignity and said a CBD hotel program could be effective if solid safeguards were implemented.