BUSINESS bosses and MPs have called for a further easing of lockdown to help kick-start the economy as experts say the decline of coronavirus is 'speeding up'.

The number of people in hospital with the disease across the UK has fallen below 10,000 for the first time since lockdown was implemented in March after a 13 per cent drop in the last week alone. 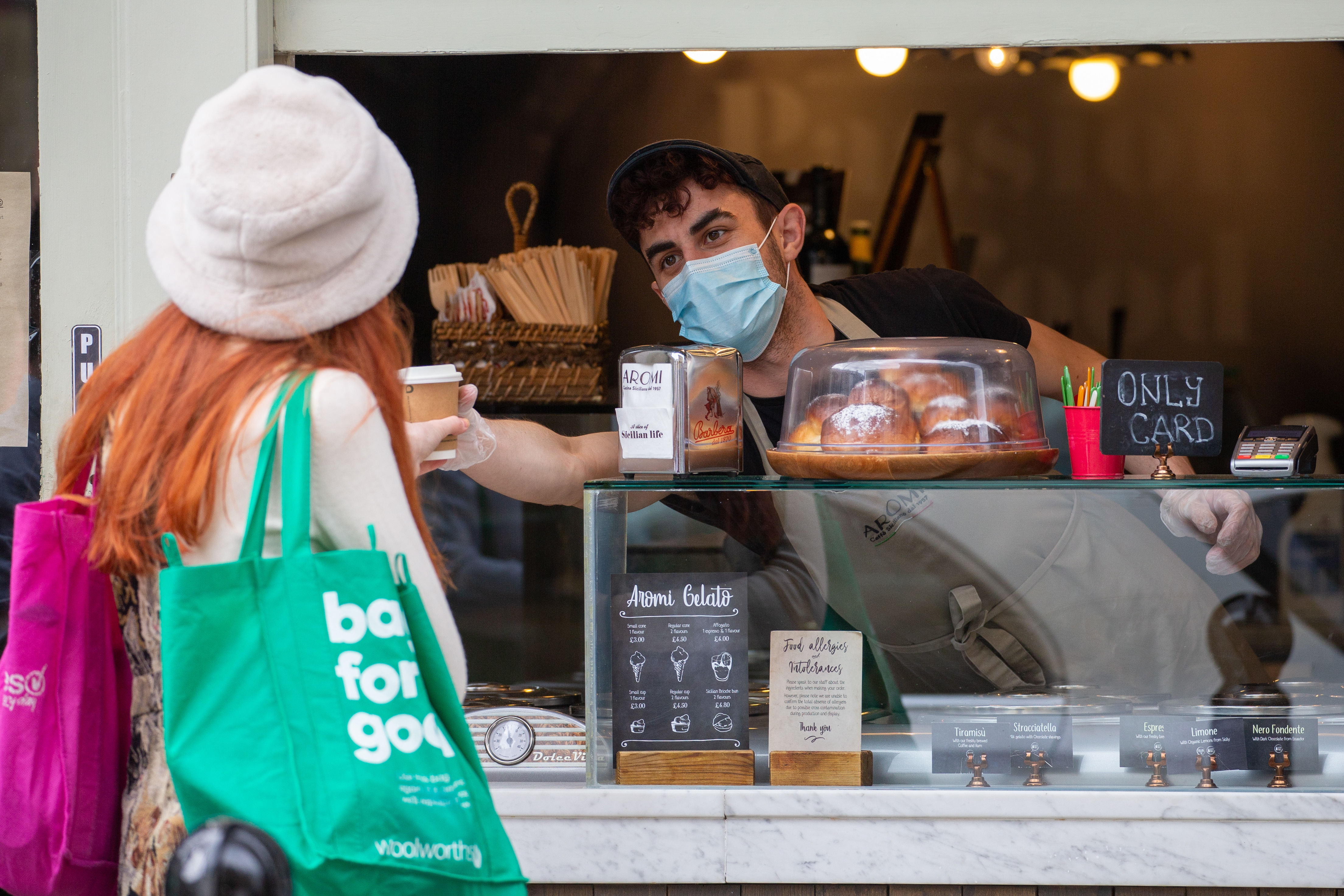 The number of hospital deaths and admissions has been falling steadily since the peak of the outbreak at around Easter.

In London, no new cases were recorded over a 24-hour period earlier this week and Health Secretary Matt Hancock yesterday announced 17 per cent of people living in the capital are believed to have contracted the virus.

Ministers are currently shaping plans for so-called 'immunity certificates' to be granted to people who have had the disease to be allowed to return to work and freely mix with others.

Professor Carl Heneghan, director of the centre for evidence-based medicine at Oxford University, said the rate at which the virus was disappearing in the UK appeared to be "speeding up".

He said: "You are seeing a trend here that all of the data is showing it is disappearing at a rate that is speeding up, which is highly reassuring."

Worrying economic figures released today show government borrowing hit a record high in April as the UK added £62bn to its debts to finance emergency measures such as the furlough scheme.

The retail sector also announced a record 18 per cent drop in sales during April as footfall was all but wiped out by the lockdown on the nation's high streets.

This week has seen pubs, restaurants and cafes start to reopen to takeaway customers but politicians have said owners need more help to get back on their feet. 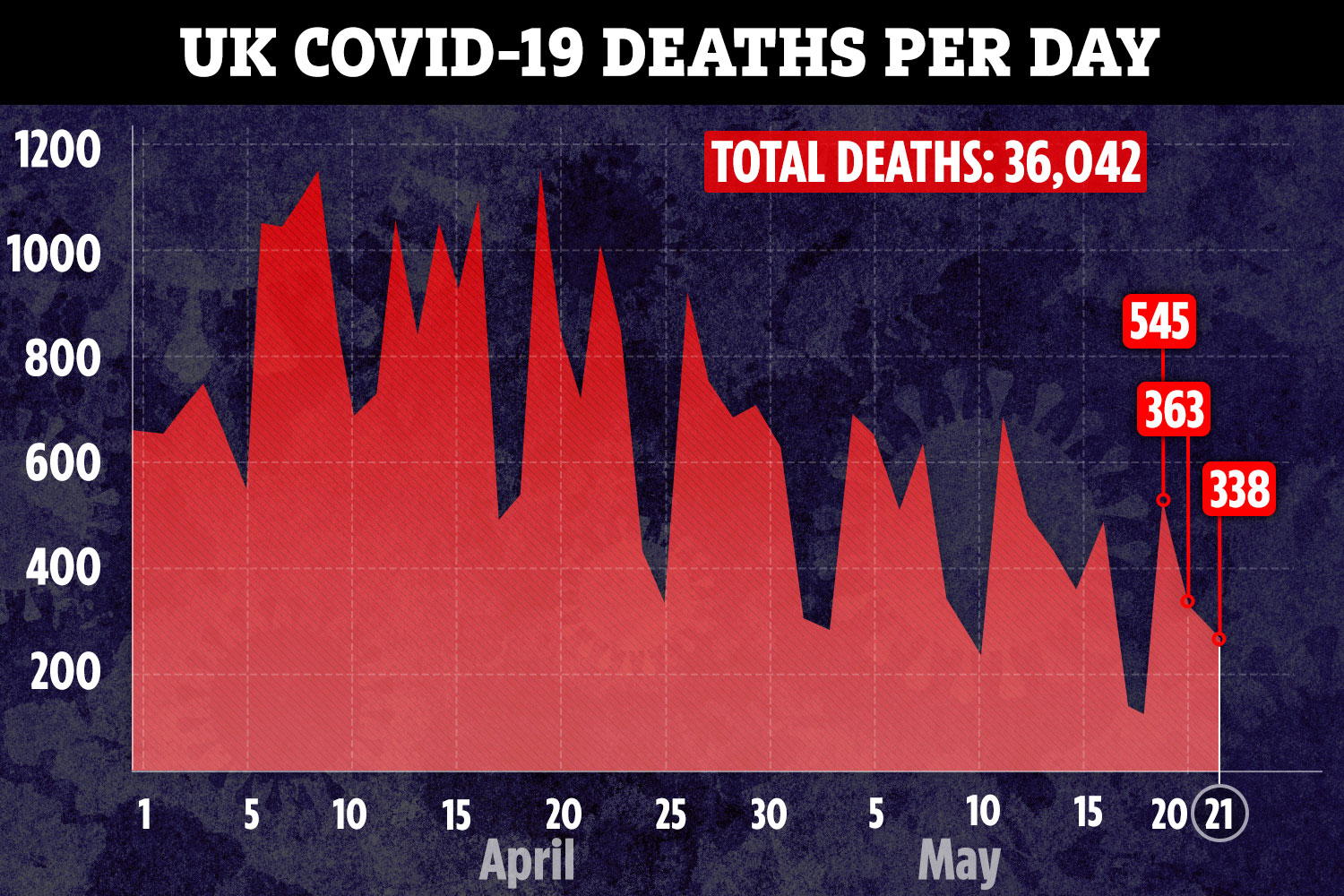 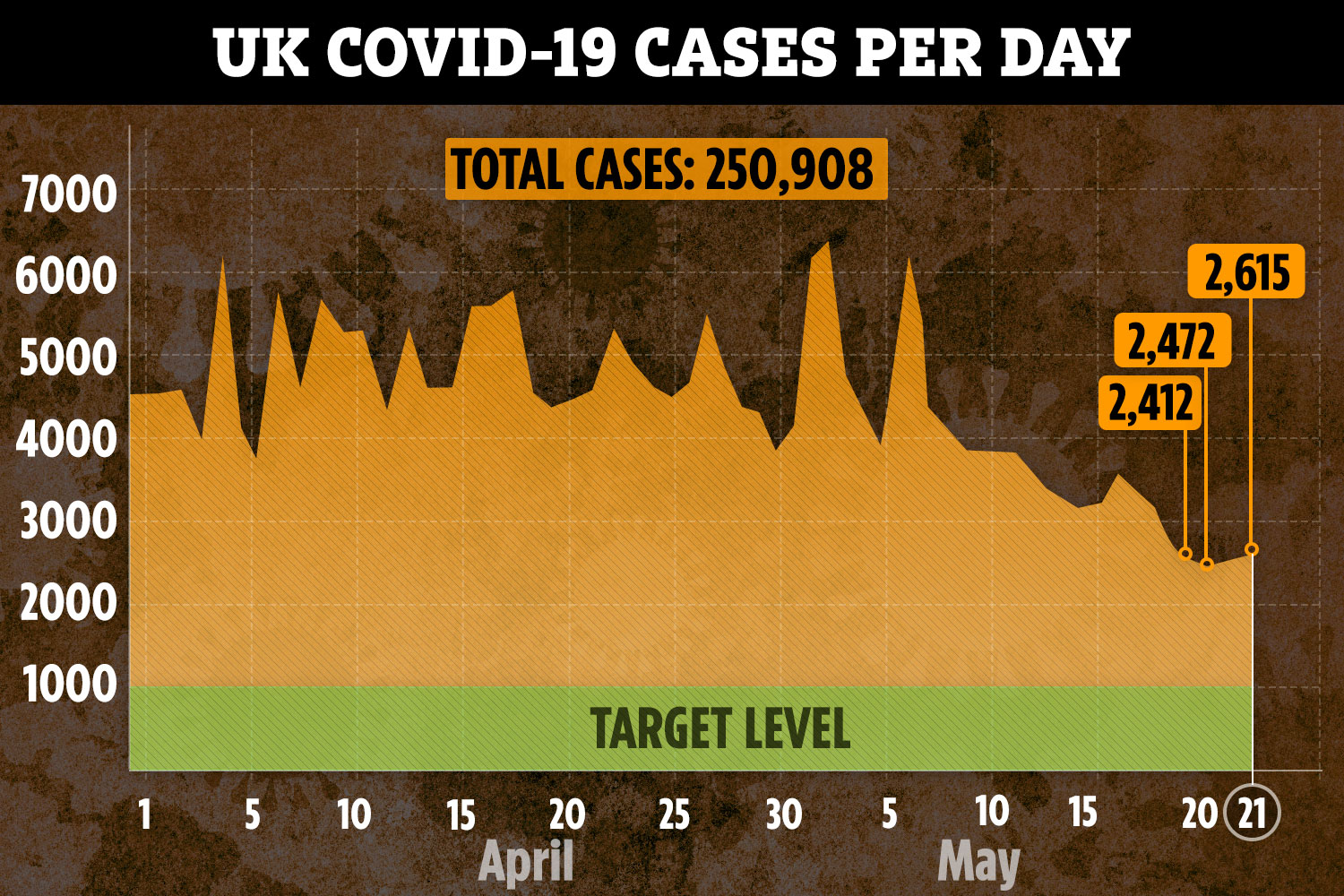 Kate Nicholls, of the umbrella group UK Hospitality, said: "If we leave it much longer many businesses won't survive and we will see redundancies.

"We are ready to go from July 4. Parts of the sector… could be ready more quickly."

Emma McClarkin, of the British Beer & Pub Association, said: "The 27,000 pubs in the UK with beer gardens will be amongst the best placed to re-open under social distancing conditions and so should be amongst the first to reopen."

Conservative MP and former party leader Iain Duncan Smith said: "We need to move fast. The threat facing us now, outweighing coronavirus, is that of a failing economy."

Former Chancellor George Osborne told the BBC Radio 4 Today programme the government "needs to start reopening our economy" and called for "big, bold ambitious plans" to do so.

In London, the number of deaths peaked at 229 on April 4, but has not been higher than 50 since April 27 and dropped to seven on May 19 – however, this figure is likely to change.

While the midlands saw a lower peak with 185 deaths on April 8, its daily total – which is also in decline – has remained above the capital's since April 23, according to data from NHS England.

Figures from Public Health England also suggest a drop in lab-confirmed cases in London, falling from 196 on May 1 to just two on May 19, although the latter figure could still increase.

As for new coronavirus cases in the UK, the numbers have also been slowly falling since the end of April, despite an increase in testing capacity over the same period.

However there are still likely to be "many more" positive cases than have been recorded, the DHSC said.

The latest data from hospitals in England shows the estimated number of Covid-19 admissions has been in decline since April 2 when the figure peaked at 3,121.