Government handed £33million worth of contracts provide PPE masks to a CANNABIS research firm worth just £6,000

CannaGrow Biosciences, which is based near Southampton, has only existed since 2018 and last month filed accounts showing it had assets totalling just £6,000.

But official documents show that it has been handed two contracts worth £16.5million each by the Department of Health and Social Care to manufacture protective masks.

It is run by David Extance, who set it up in Romsey, Hampshire, having previously worked as a motor industry lawyer and chief executive of founded E-Quits, which makes liquids for vaping.

On its website, it says it carries out ‘research into the science of cannabis’ with a focus on medicinal use ‘centred on Inflammation, anxiety, pain relief and eczema’.

The contracts, first discovered by the PoliticsHome website, were revealed as  a devastating report laid bare the Government’s £18billion rush to source PPE during the coronavirus crisis. 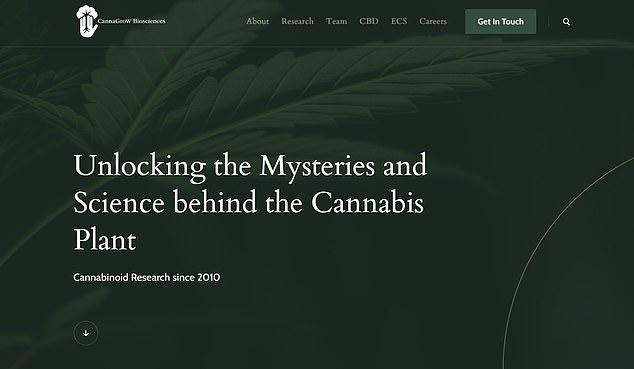 CannaGrow Biosciences, which is based near Southampton, has only existed since 2018. On its website, it says it carries out ‘research into the science of cannabis’ with a focus on medicinal use ‘centred on Inflammation, anxiety, pain relief and eczema’ 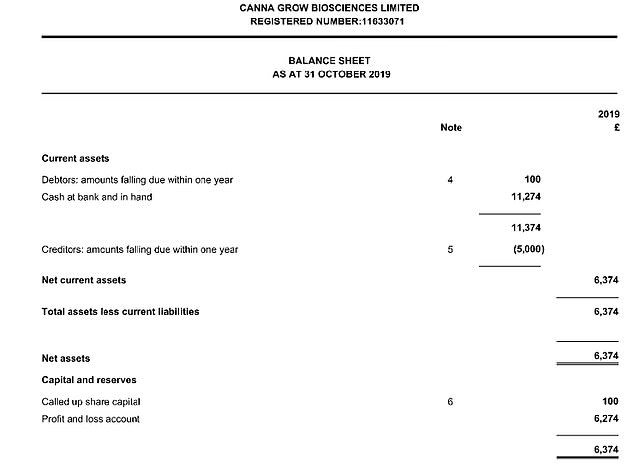 A review by Britain’s spending watchdog the National Audit Office of 8,600 contracts has revealed that officials had signed agreements for hundreds of thousands of facemasks which turned out to be unusable – wasting hundreds of millions of pounds.

As coronavirus swept across Britain, a £12.3billion ‘Wild West’ opportunity emerged for any firms able to provide the NHS with protective equipment as hospitals and care homes ran out. Many companies with zero experience of supplying PPE won multi-million pound Government deals while suppliers with political contacts were ten times more likely to get business.

‘Questions need to be answered here so taxpayers know the government isn’t handling contracts out that won’t deliver, and to reassure qualified and experienced British businesses they’re not being left out in the cold.’

In the tender announcements issued by the DHSC, it justified the way the contracts had been issued without the competitive tendering process.

‘There are genuine reasons for extreme urgency: DHSC are responding to Covid-19 immediately because of public health risks presenting a genuine emergency.

‘The events that have led to the need for extreme urgency were unforeseeable …  it was impossible to comply with the usual timescales.’

The NAO said yesterday it will launch an urgent investigation into one extraordinary deal for surgical gloves and gowns with a Florida-based jewellery designer where a Spanish businessman who served as a middleman was paid an astonishing £21million in UK taxpayers’ cash.

Gabriel Gonzalez Andersson, from Madrid, was drafted in to help with ‘procurement, logistics, product sourcing and quality control’ of the life-saving equipment.

Court documents described him as having done ‘very well under this arrangement’ – at one point being in line for more than £35million.

He was working for Florida-based jewellery designer Michael Saiger, 31, who set up a business providing protective garments to governments across the world earlier this year.