Residents will finally be allowed to leave care homes to meet friends and family after the Government scrapped guidance which ‘falsely imprisoned’ them.

Last night the Prime Minister announced a U-Turn on cruel rules forcing anyone who leaves the confines of their care home to isolate alone for 14 days on their return.

From Tuesday, the UK’s 400,000 care residents will be allowed to go on trips outside with friends and family without having to self-isolate afterwards. 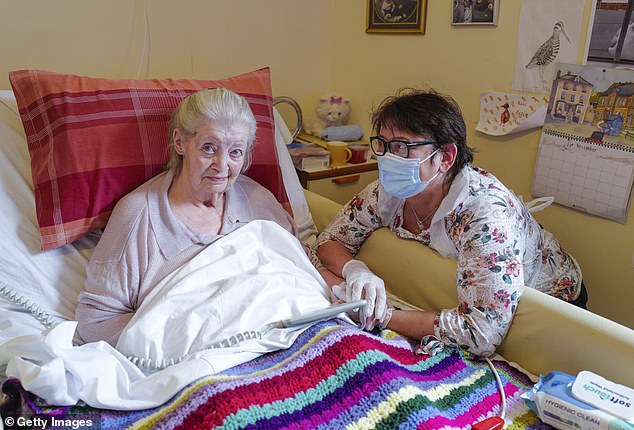 Last night the Prime Minister announced a U-Turn on cruel rules forcing anyone who leaves the confines of their care home to isolate alone for 14 days on their return. Picture: File image

They will be able to visit a friend or family member’s garden, or go on walks in parks, public gardens and beaches.

For many, it will be the first time in over a year they have left their care homes. The change in guidance will also allow residents to vote in Thursday’s local elections in person.

Announcing the change, Prime Minister Boris Johnson said: ‘We know how challenging this time has been for care home residents, so I am pleased that they can now leave their homes to reunite with their loved ones outdoors.

‘With the data continuing to head in the right direction and as restrictions ease, it is my priority to keep increasing visits for residents in the coming weeks in a safe and controlled way.’

Minister for Care, Helen Whately said: ‘As part of this interim update before the next stage of the roadmap, care home residents will also be able to leave to spend time outdoors. I know this has been long-awaited for those who haven’t had a chance to enjoy trips out. I look forward to encouraging more visiting and trips out in future as we turn the tide on this cruel virus.’

Although outdoor activities will be permitted, residents have been told they should not visit indoor spaces and avoid the use of public transport.

The Government had been facing a legal challenge from John’s Campaign, a dementia rights organisation, over the requirement that residents must self-isolate for 14 days any time they left their home. 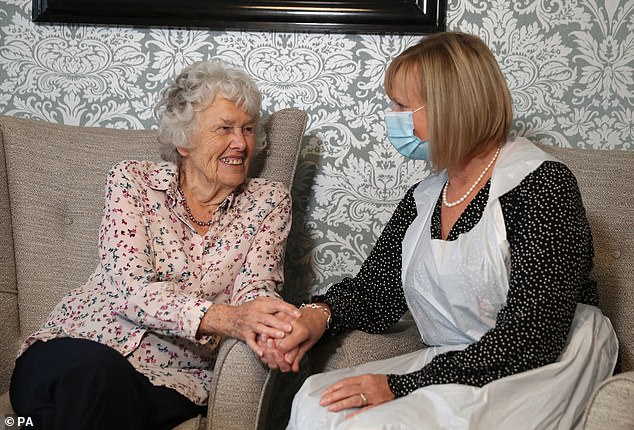 From Tuesday, the UK’s 400,000 care residents will be allowed to go on trips outside with friends and family without having to self-isolate afterwards. Picture: File image

The decision to scrap the rule is a victory for the Daily Mail, which has campaigned for an end to cruel visiting restrictions at care homes.

Diane Mayhew, from campaign group Rights for Residents, said: ‘This is fantastic news and will be a massive boost to thousands of residents who have spent 14 months locked up.

‘Many have been cooped up in small rooms, isolated, and not allowed to get any sunshine. Being allowed out for a walk or to see their families will mean so much for their mental health and wellbeing.

‘We are still concerned that unless this guidance is made into law then care providers will continue to restrict the human rights of residents and will not follow it.

‘Now that Government scientists have said it is safe for fully vaccinated people to meet up, care homes have no excuse to impose restrictions on visits.’ Bans on visiting have led to sharp deteriorations in the mental and physical health of residents, with thousands dying without being allowed to say goodbye.

As part of the easing of lockdown, residents are currently allowed to see two ‘named visitors’, provided they test negative and wear PPE.

However, campaigners warn some are still being denied the chance to see their loved ones and that a postcode lottery remains, with many families only getting the ‘bare minimum’ of one supervise 30-minute visit each week. 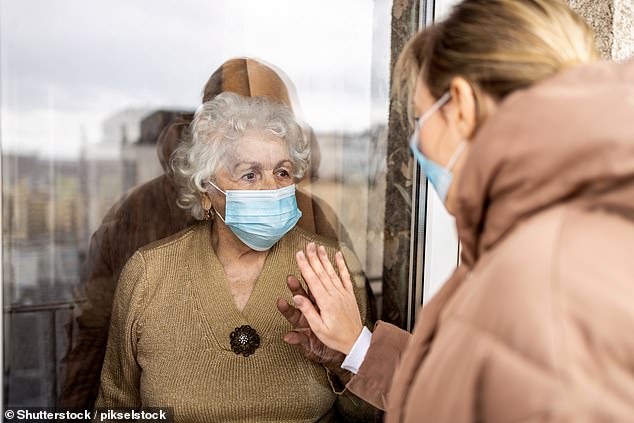 Although outdoor activities will be permitted, residents have been told they should not visit indoor spaces and avoid the use of public transport. Picture: File image

Rights for Residents are demanding that the right to visit loved ones is enshrined in a new law which recognises family members as ‘essential caregivers’.

They will deliver a petition on the issue to Downing Street next week, along with West End star Ruthie Henshall, who went almost a year without being able to visit her mother at her care home in Ipswich.

The Labour Party is also backing the call for new legislation to enshrine the right of family visits and ensure that blanket bans can never be imposed again.

Relatives also believe visiting restrictions should be relaxed further now that almost all residents have received both doses of the vaccine.