A CHILD abuse victim who was repeatedly raped by a member of a the 'Children of God cult says she’s been “set free” after the fiend was finally jailed 31 years after he first attacked her.

Hope Bastine, 41, said she had her childhood and adolescence “cruelly stolen” from her as a young girl due to the sex attacks by cult member Derek Lincoln. 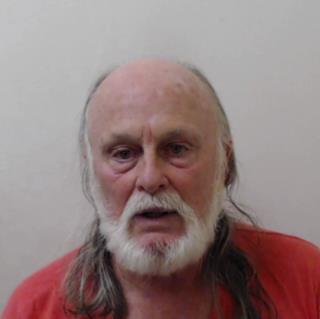 The twisted beast, now 74, has now been caged for 11 and a half years at the High Court in Glasgow for the abuse of Hope and another young girl between 1989 and 1996.

Hope bravely waived her anonymity to speak out after the sentencing.

She said: "Words cannot describe how I feel today after the conclusion of my 16-year fight for justice.

"My childhood and adolescence were cruelly stolen from me by a man who repeatedly abused me within a religious cult which legitimised his actions. By incarcerating my abuser for 11 and a half years, Lord Matthews has set me free.

"Finally, I can give myself permission to pursue happiness and peace.

"Now, my greatest wish is that other victims of abuse living in silence and shame will see that justice can be done and seek freedom too."

Hope, who was instrumental in bringing her attacker to justice, also thanked those who "gave her the opportunity to speak".

Lincoln used his position in the 'Children of God' religious cult to prey on the youngsters – who were just nine and 10 when he first struck.

The pervert OAP committed the crimes at various locations in Ayrshire, Lanarkshire and Renfrewshire between 1989 and 1996.

The Children of God group lived communally, performing missionary work with little contact with the outside world.

His first victim was raped, beaten with a belt and also had soap shoved into her mouth. After one attack, she described it as if "the light went out inside me".

Lincoln also raped her in a wooded area while out together jogging. When she begged him to stop he put his hand over her mouth.

Prosecutor Kath Harper said: “The abuse continued daily and sometimes after raping her he would say 'thank you’”.

The victim, who suffered in silence, ended up being tagged "the weird kid" by other youngsters – and tragically tried to take her own life.

He preyed upon his second victim in a similarly horrific way, with Lincoln buying her gifts to keep her quiet.

But after a victim bravely came forward in 2014, cops launched an investigation.

Lincoln was arrested in France – where he was retired and living – in 2019, and extradited to Scotland to face trial last month.

Sentencing today, Lord Matthews told him: "I have no idea if your remorse is genuine or not. You had told your victims that you were sorry, but you continued to abuse them. You say 'it just happened', but it did not just happen. You sacrificed their dreams for your own perverted desires."

The judge said that if Lincoln had not pleaded guilty, the jail term would have been 13 years.

He said: "Lincoln used his position within the Children of God to perpetrate violent sexual abuse against two young children.

"My thoughts continue to remain with the victims and those impacted by Lincoln’s deplorable actions over the many years."