Jones appeared to walk into the middle of a crowd of President Donald Trump’s fans and shouted, “up with Trump!” 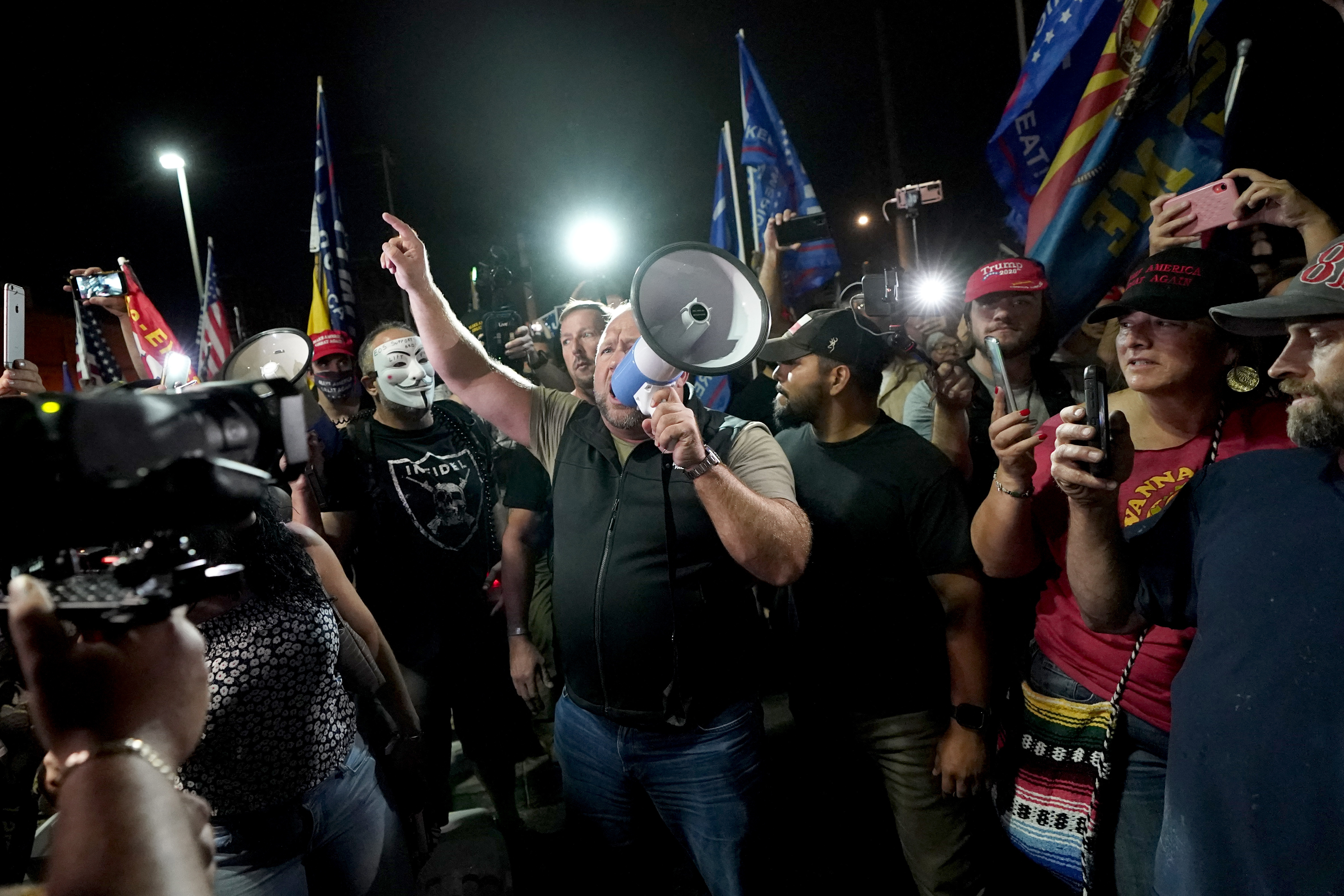 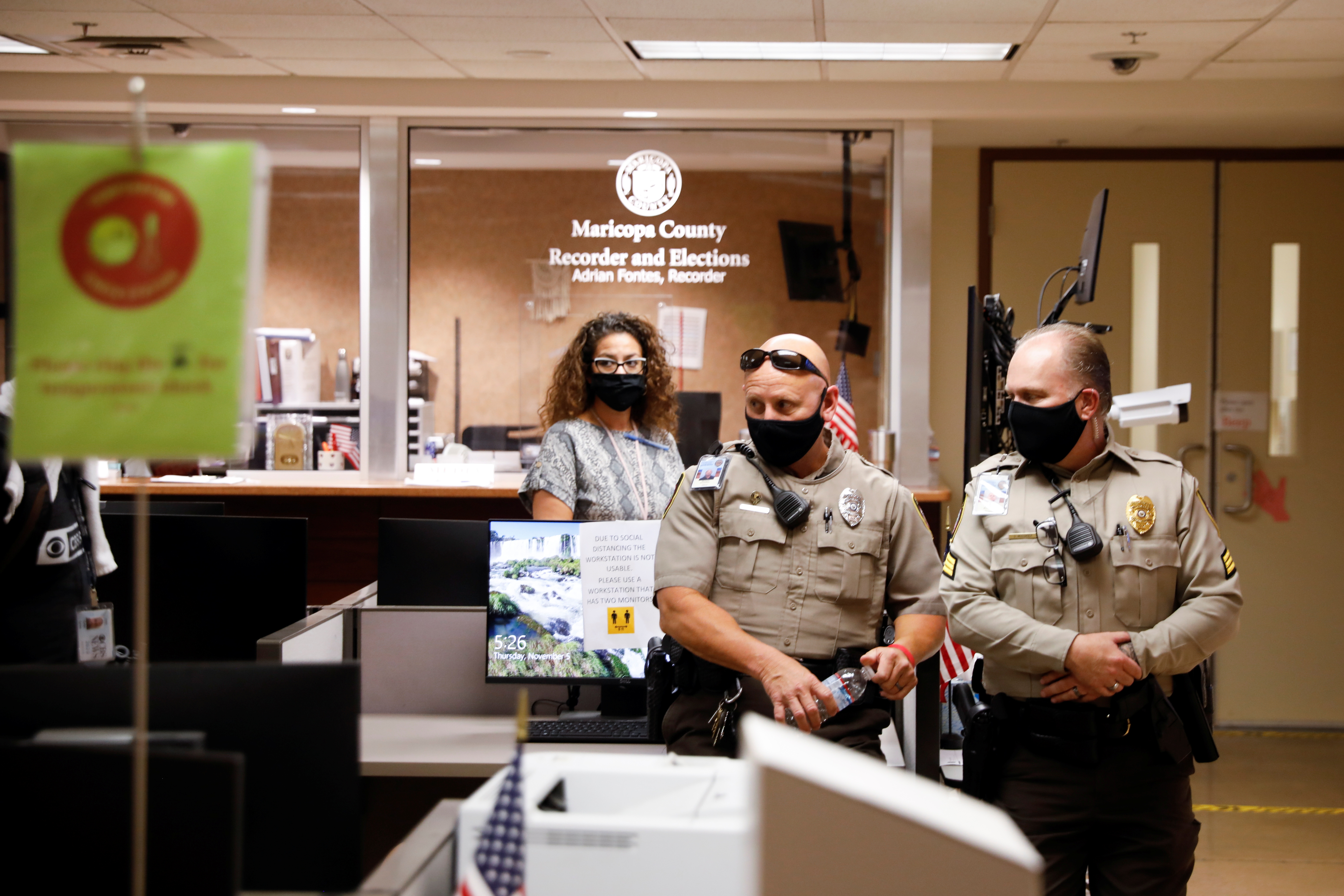 The crowd cheered the Infowars host on as he said “1776” repeatedly and joined him on the chant, a video shared by a Sky News correspondent shows.

About 100 Trump supporters congregated in front of the Maricopa County election center in Phoenix on Thursday, chanting “count the votes!” And “four more years” for Trump.

Many of them used megaphones to project their attacks on the voting process, echoing the president’s baseless claims of fraud. 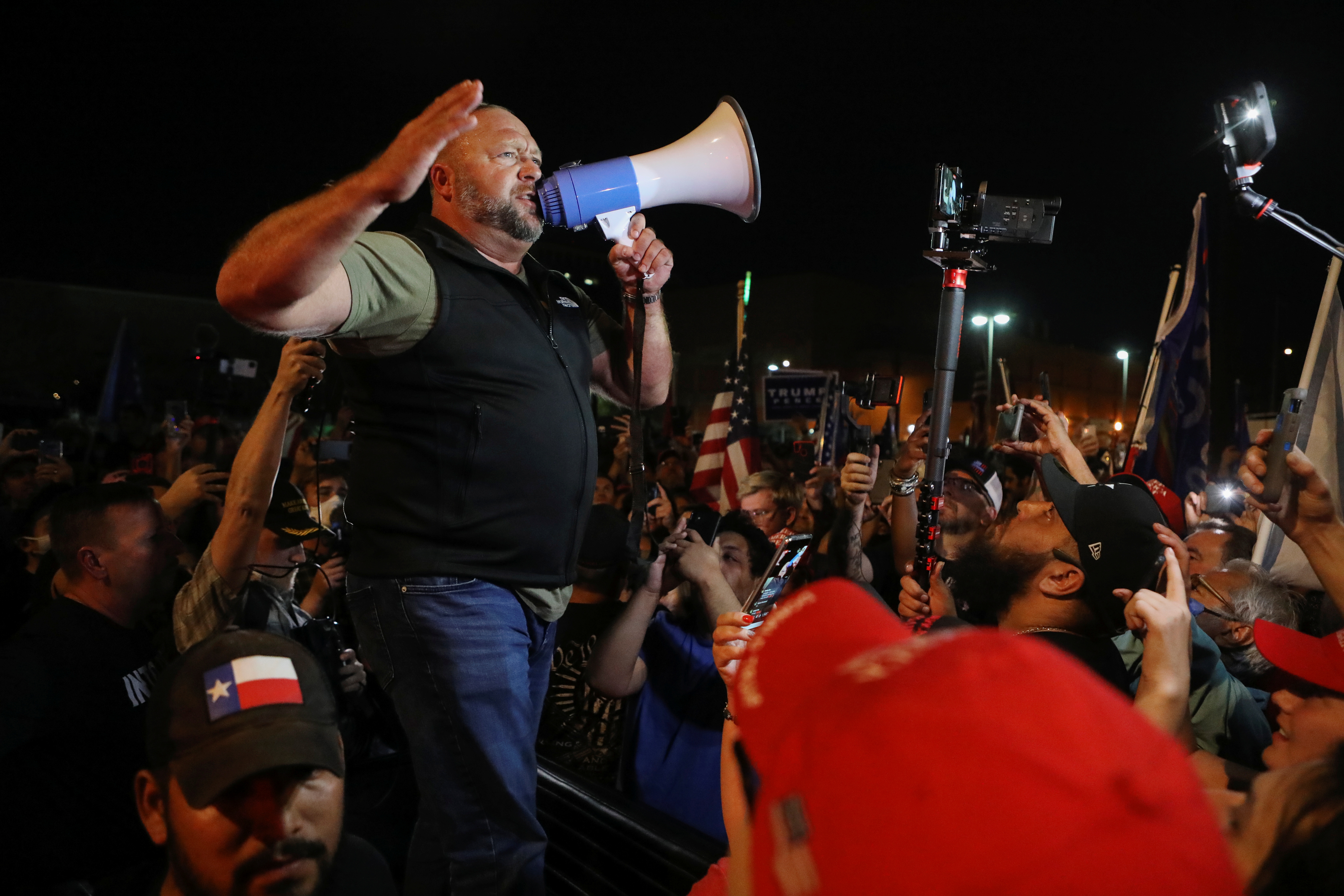 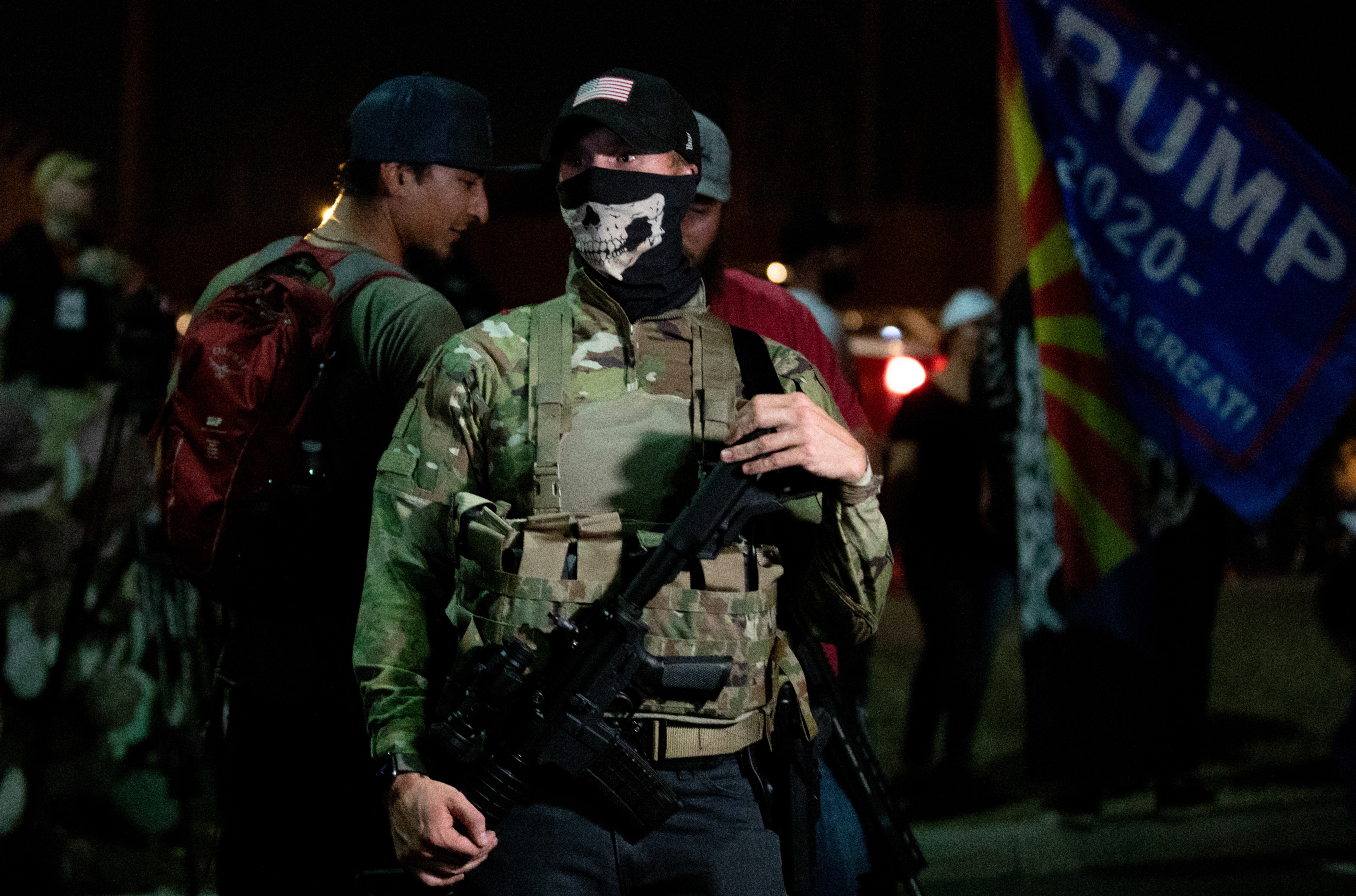 Hobbs feared for the staff’s safety and sheriff’s deputies worked to protect them.

Some protesters brought military-style rifles and handguns to the demonstration, as the state lets people carry guns openly.