FLASH floods have swept cars into the sea as people who were left stranded fled to rooftops in Crete.

Torrential rainfall on the Greek island caused hundreds home to flood as residents were told to stay indoors. 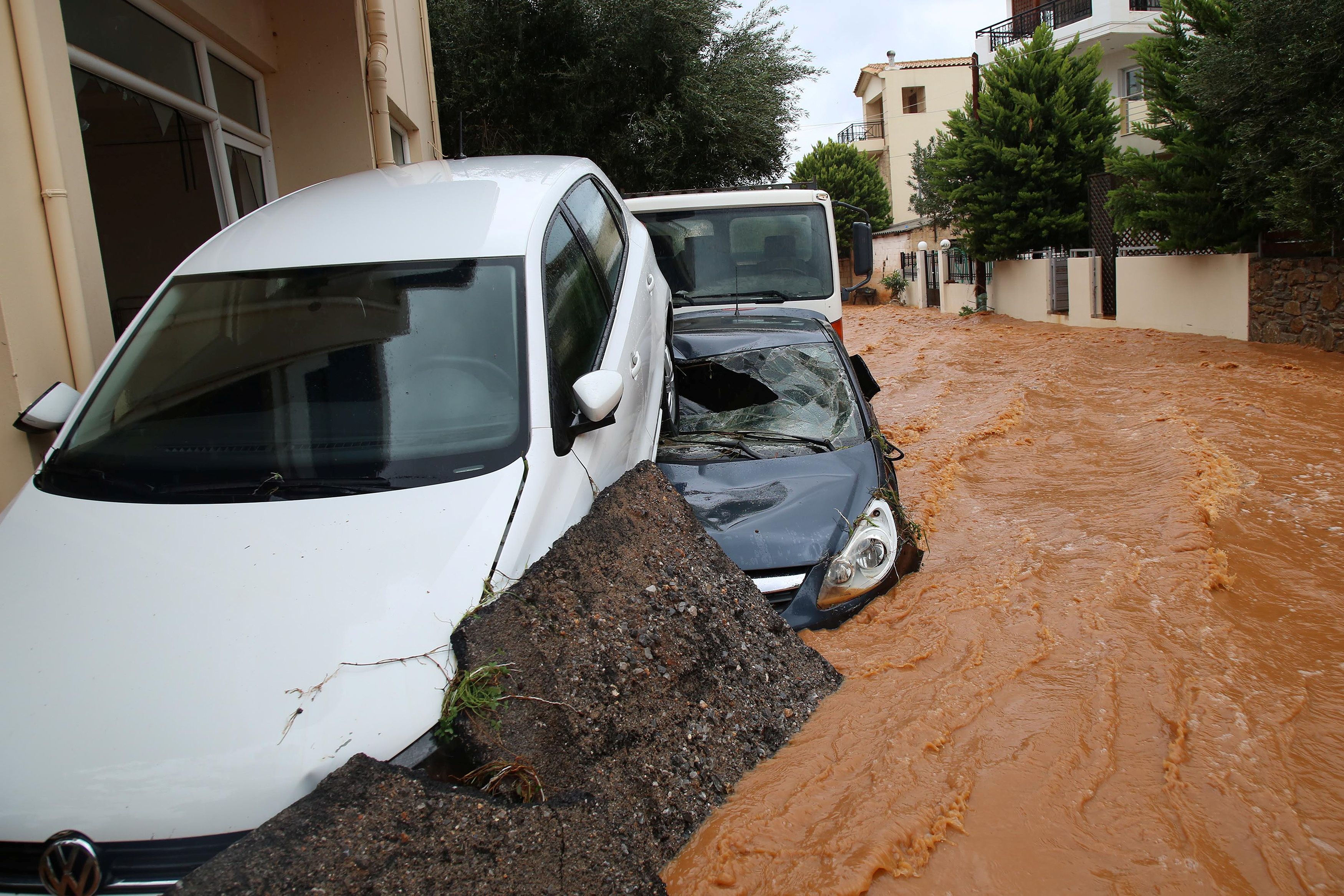 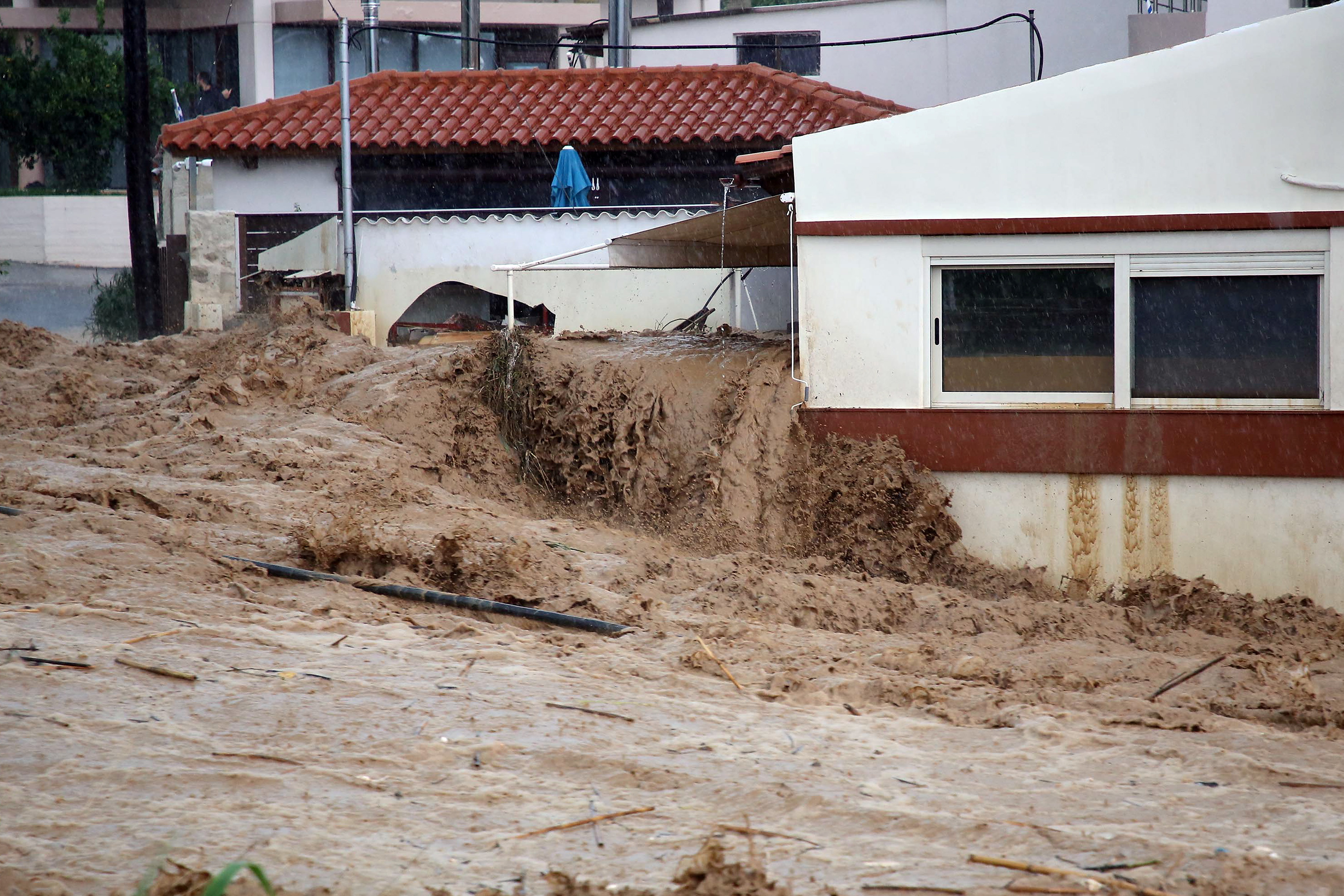 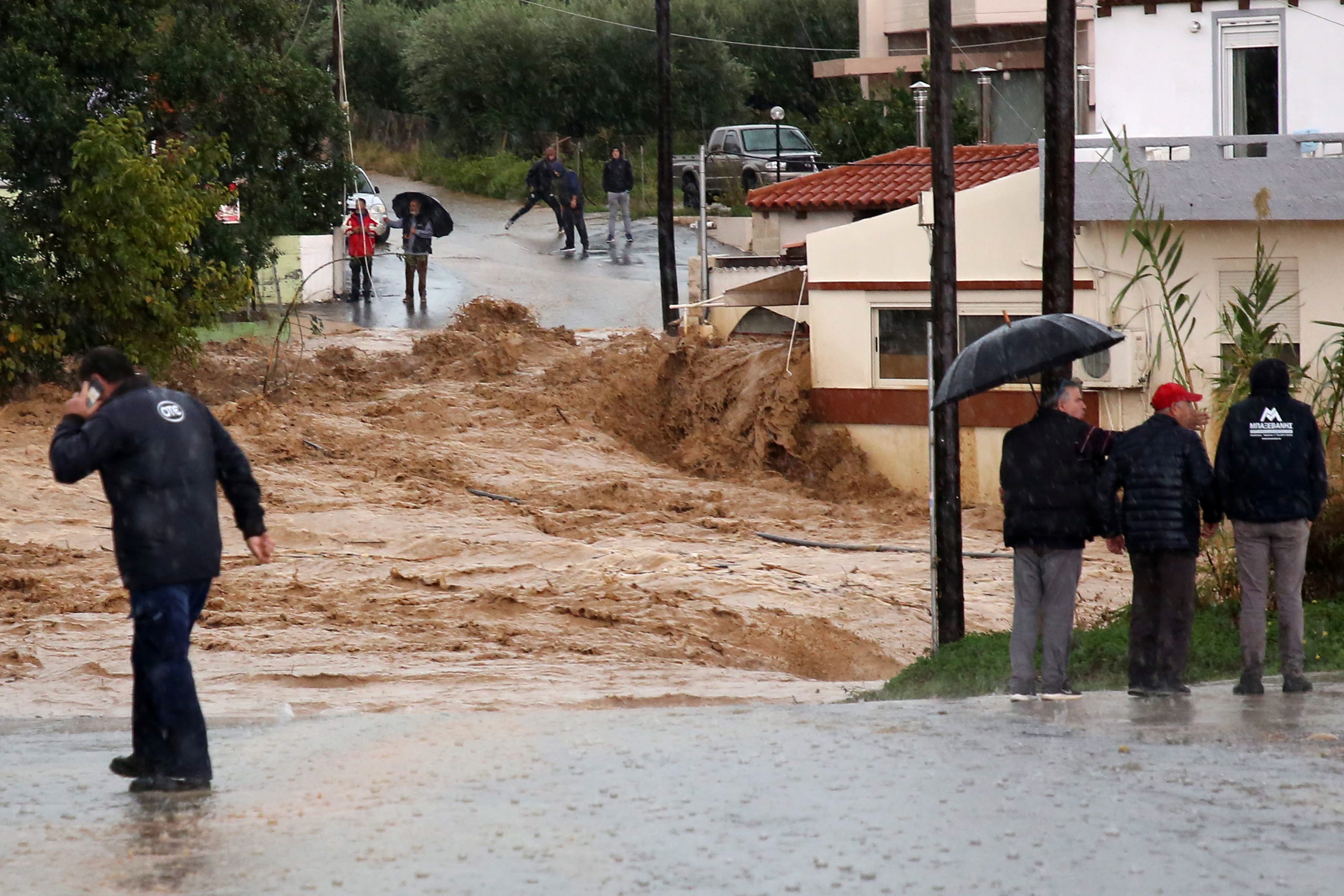 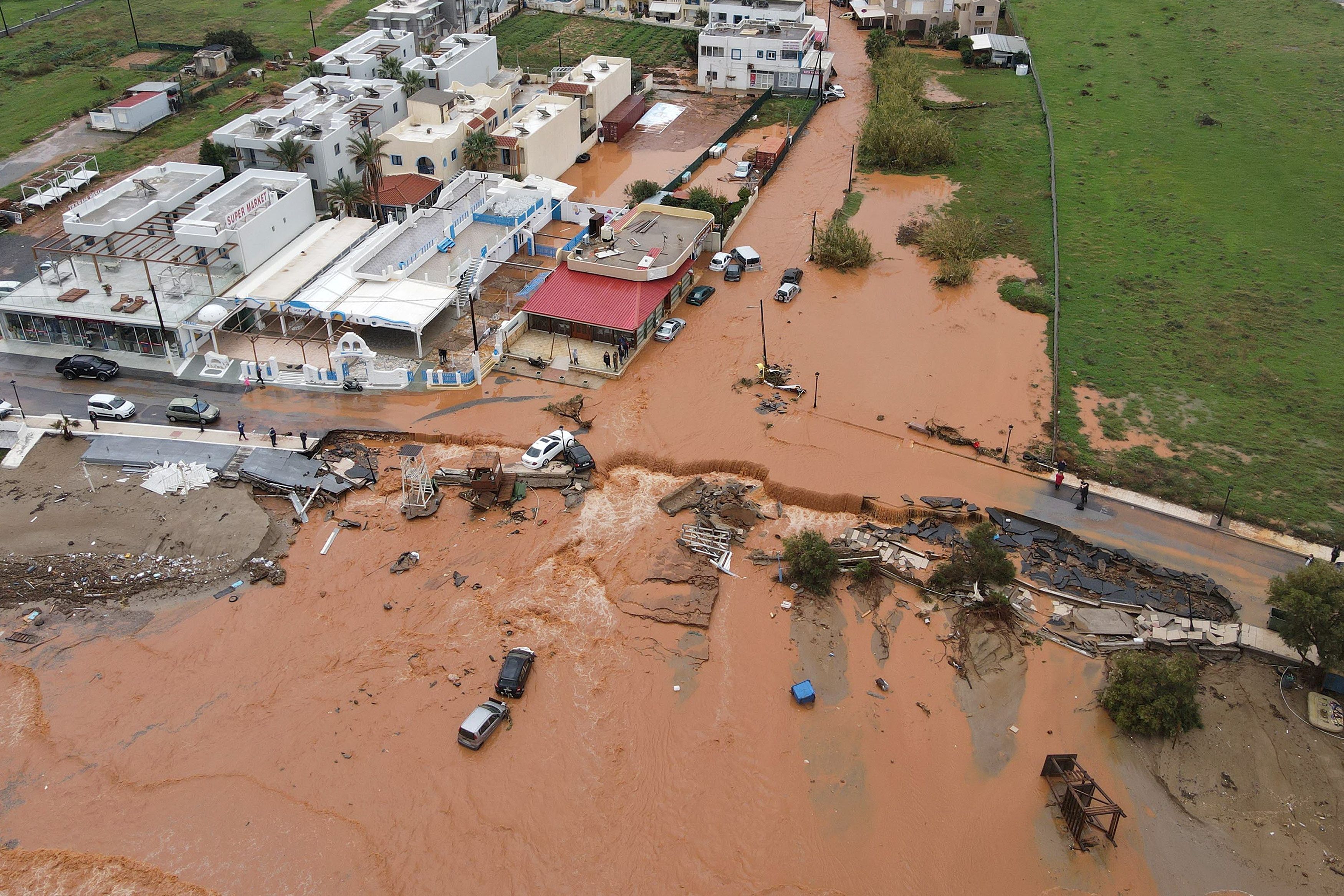 Some sought refuge on the roofs of the their homes when muddy water ripped through buildings, dragging cars and debris with is.

Tassos Kouroupakis, the civil protection governor for Crete, told Greek state television: "Since last night and until today, incessant, huge amounts of water have turned the streets into rivers… and unfortunately, the damage is inestimable."

The fire brigade said it had received 230 calls to pump out rainwater from homes and help people trapped in the floods move to safety.

No injuries were reported, but regional government officials said the islands road network had been damaged, along with homes and businesses.

It was the third time in less than a month that the area has been hit by flooding. Heavy rainfall is expected to continue through Thursday.

Authorities said the two victims as an elderly woman found dead in her flooded home and a 63-year-old shepherd who was swept by rising flood waters.

Storm Ianos caused power cuts and up rooted trees on the Ionian islands and the western Peloponnese before sweeping to the cities of Karditsa and Farsala.

In August, at least seven people were killed during devastating floods on the Greek island of Evia.

The tragedy was also believed to have taken the life of an 86-year-old man and his 85-year-old wife on the island of Evia.

Three of the victims, including the baby, were found in the village of Politika.

Fire brigade officials said another four people died in the village of Amfithea and the area of Bourtzi in central Evia, northeast of Athens.

They told Reuters: "We have been in the mud since six in the morning.

"There was nothing I could do, I climbed up onto the table to save myself. I was alone." 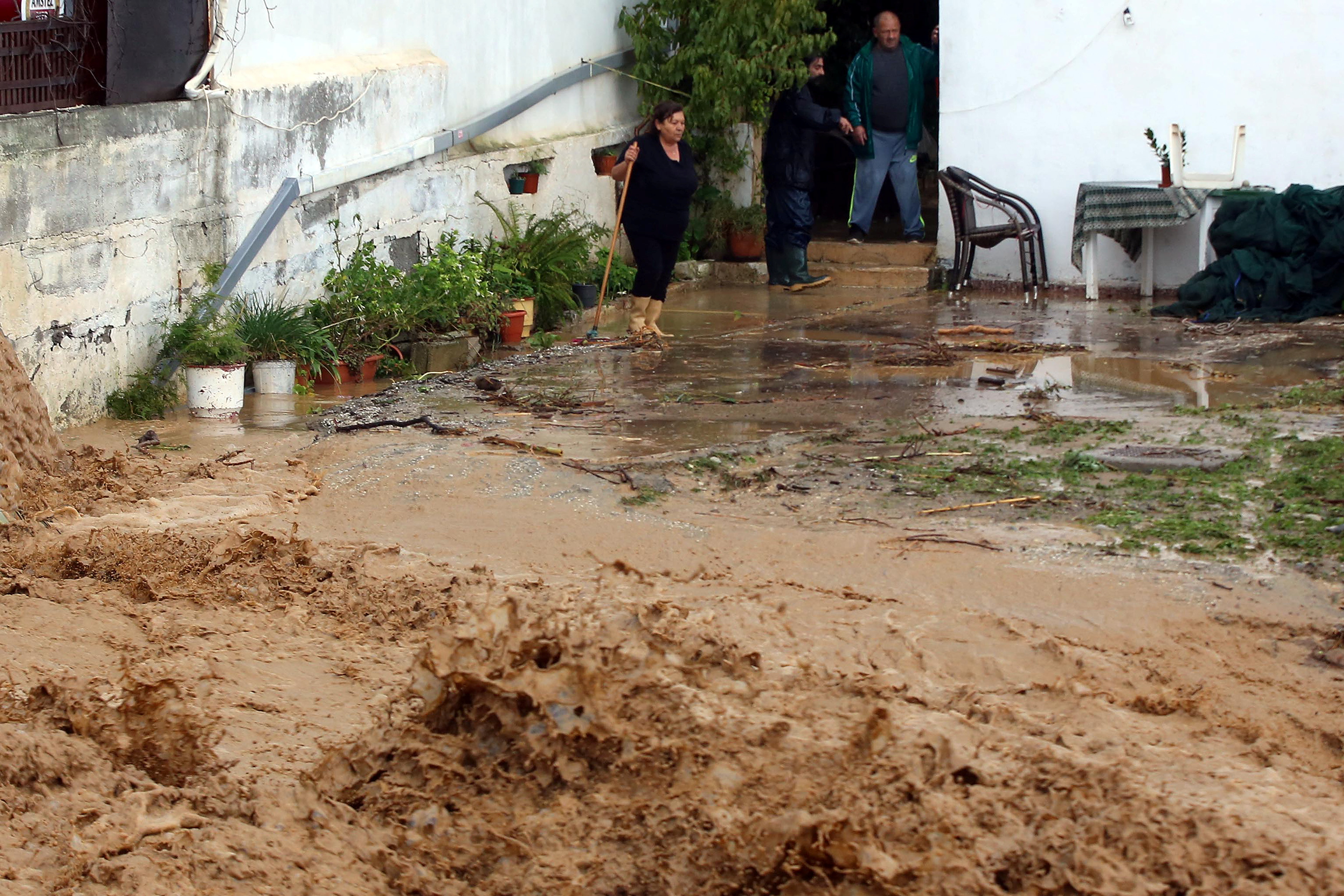 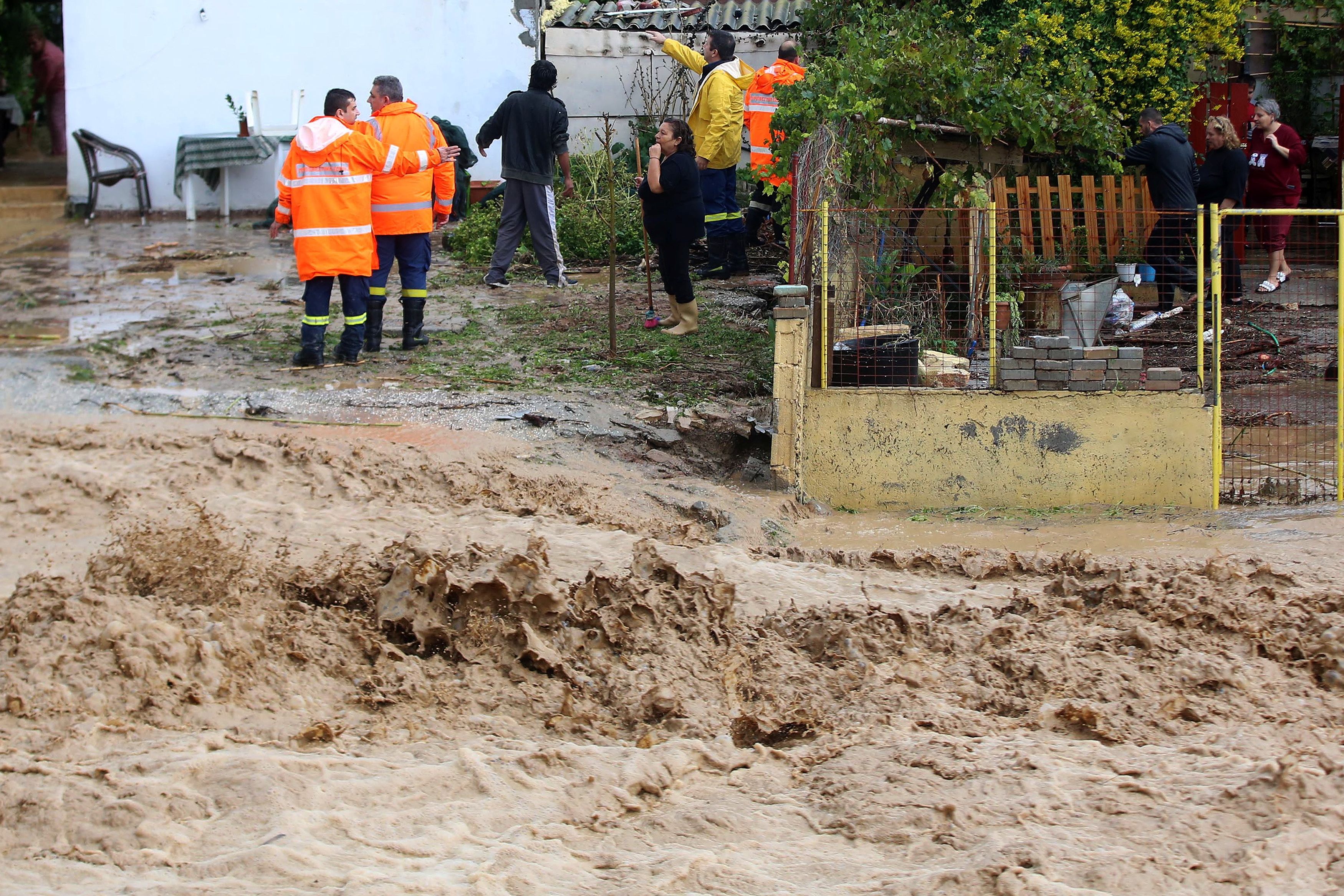 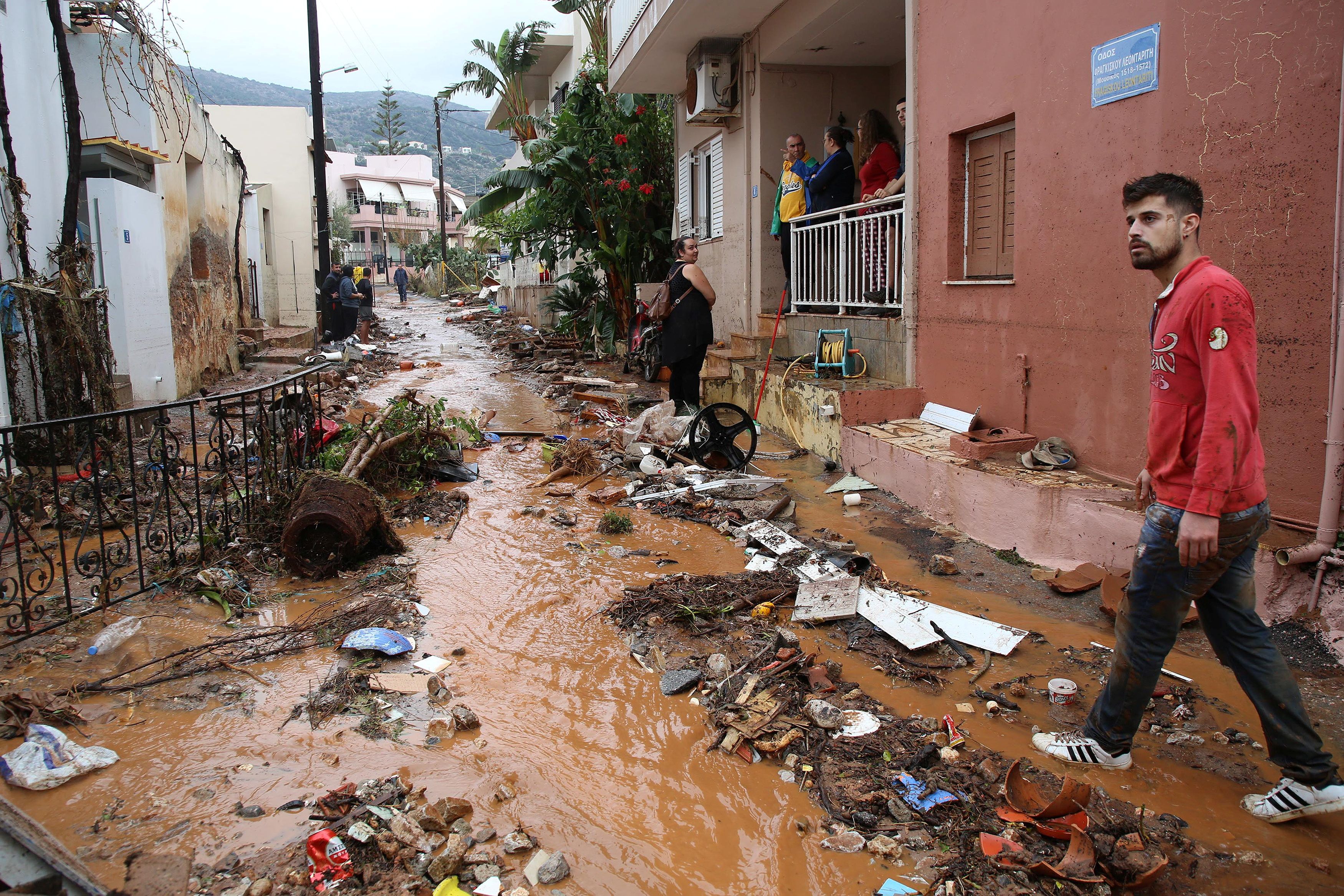 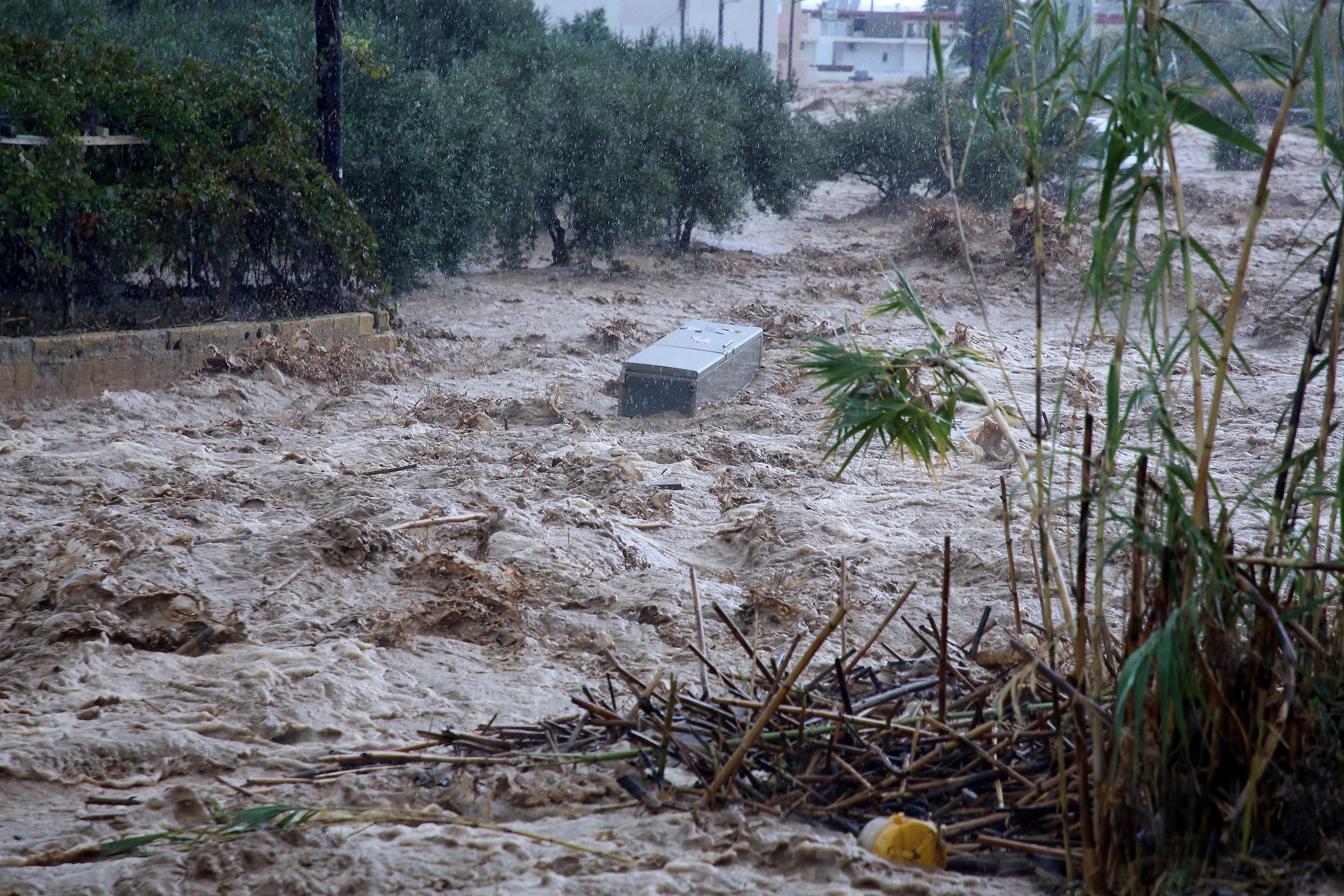 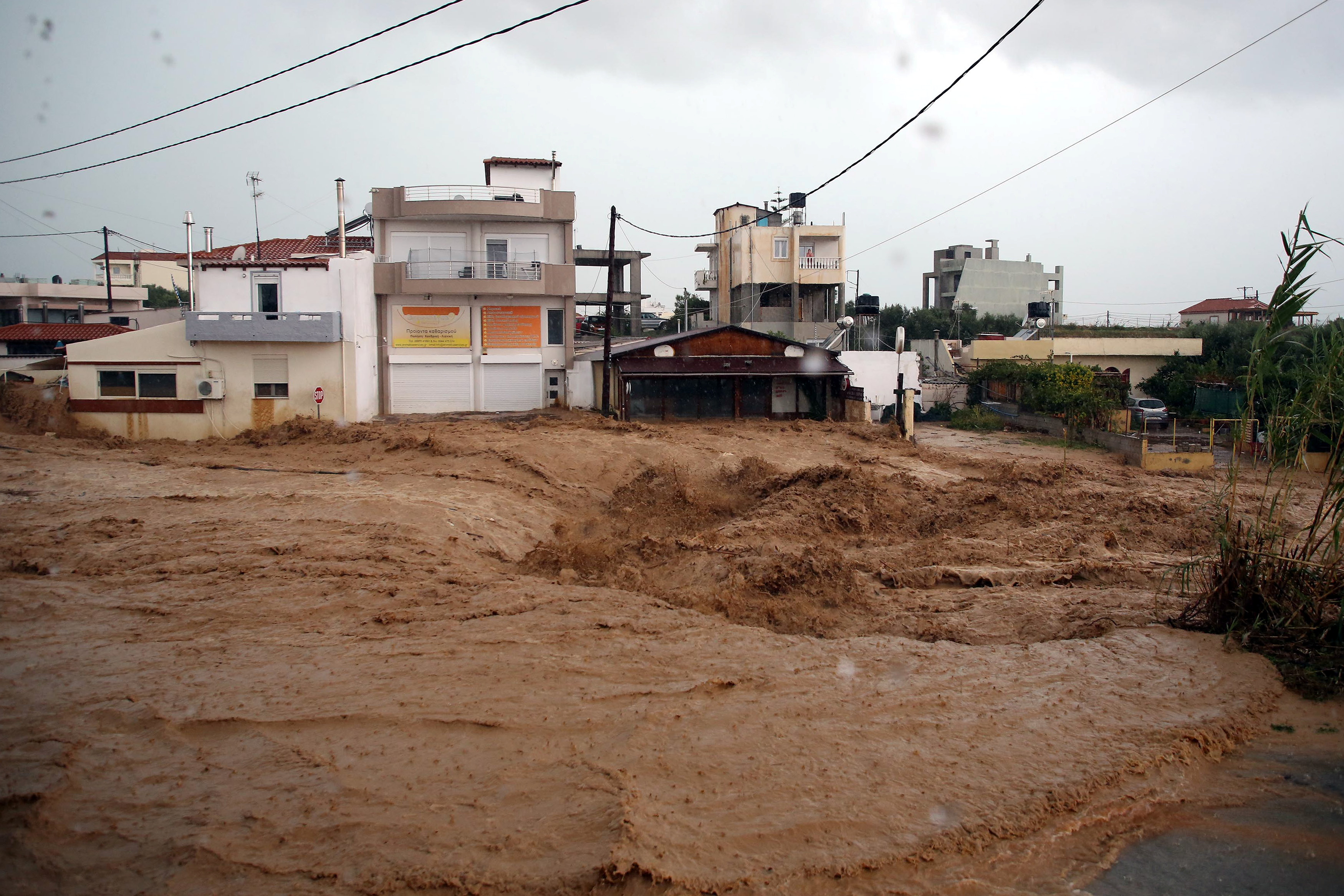