A DAD suffered fourth-degree burns after he stepped on boiling sand where a BBQ had been used, resulting in his skin melting.

Danny Howard, 33, who was enjoying the sun on Barmouth Beach, said it was "the most excruciating pain" he had ever experienced. 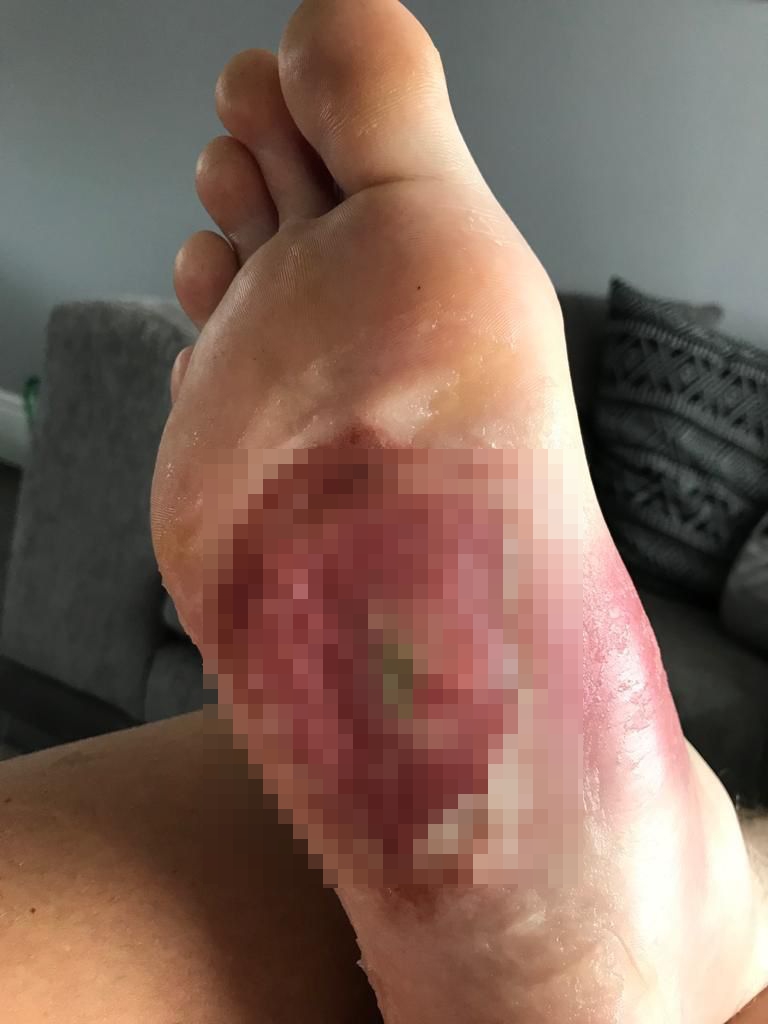 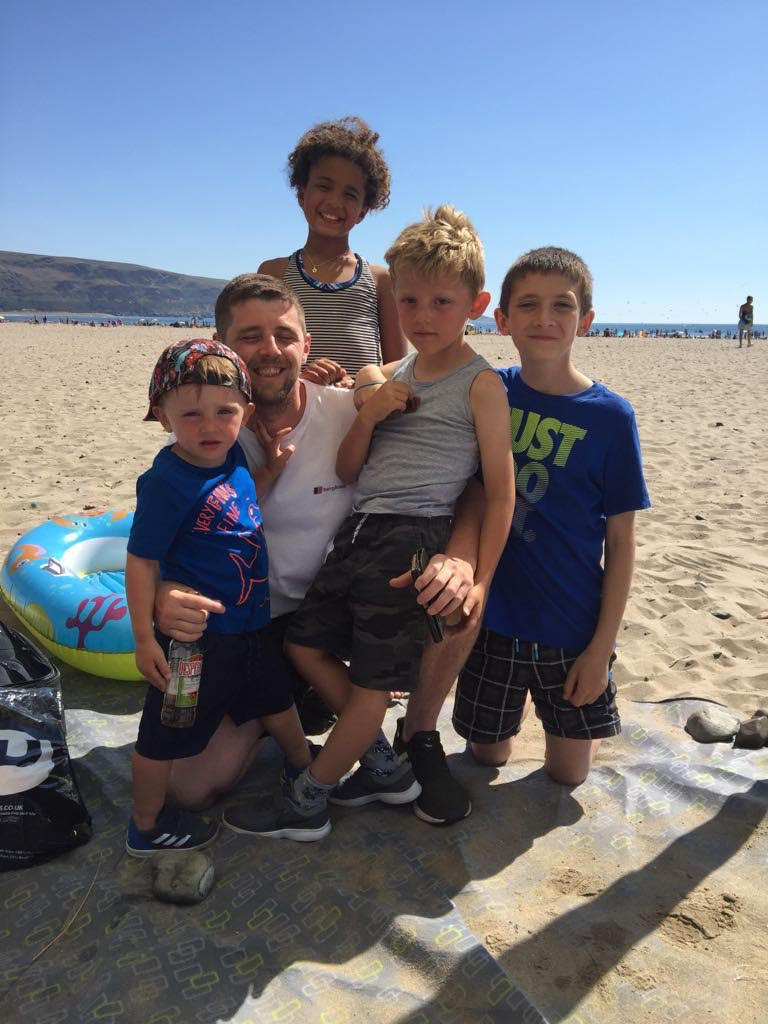 The self-employed plasterer decided to take his family to the popular beach in Snowdonia to make the most of the hot weather.

Danny, his wife and their six children made the two hour trip from Chester in two separate cars.

"We got to the beach, carted a load of stuff over the dunes and set up a little tent,” Danny told WalesOnline.

“We got a couple of disposable barbecues out, cooked all the food and I decided to move the barbecues to a bit of a safer distance – but obviously not realising that the sand had accumulated all the heat of the barbecue.

“I stood on the sand where the barbecue was within an hour of being there.”

Despite the trays, which had been burning for around 45 minutes, were cold at the time Danny moved them, he said the heat of the coal had transferred to the sand.

“Sand is just like glass at the end of the day, so it’s just going to absorb all of the heat. I don’t know how far that heat will travel down into the sand, but it’s quite a good insulator and it was a really hot day as well, so there was probably no escape for the heat,” Danny said.

Recalling the agonising pain, Danny said: “On a scale of one to ten, I’d put it at 25.”

The dad-of-six said that the top layer of sand was cooler, but when his foot sank about half an inch deeper into the sand, he said the temperature "absolutely melted" his skin.

“I’ve got second, third and fourth degree burns all around the bottom of my foot,” he said.

Miraculously, Danny was able to drive the family home before heading to the hospital – using just his toe.

He considered going to a local hospital, but explained that he wanted to get his kids back home so they wouldn't be forced to "hang around" in a hospital.

“They’d been driving for four hours just to be out of the vehicles for an hour. I felt like I’d ruined their day to be honest,” he said.

“I didn’t want them to be hanging around in a hospital, so I got them home first and I went straight to Chester A&E.”

Hospital medics cut away the huge blister that had formed on the bottom of his foot.

The boiling sand had seared through two layers of his skin.

“I had to go back the next day because the pain was excruciating. They re-bandaged it and there was thickening, forming a hole in the centre. Thickening is what they call a fourth degree burn.”

He was transferred to a burns specialist centre in Whiston, where he was given morphine and strong anti-inflammatories.

Doctors told him that if he had gone to the burns specialist unit straight away, he might have been able to have a skin graft for the fourth degree burn.

But because the area around the hole had started healing, a graft would just cause more damage.

He anticipates he will have to stay home to heal for six to 12 weeks, with weekly appointments at the burns unit, before he can return to work or live normally.

“Then I’m going to have physio to get my foot stretched. I don’t think my foot will ever be the same again,” he said.

Concerned over missing out on money while he's resting, self-employed Danny said: "I’ve got six kids to try and cater for. 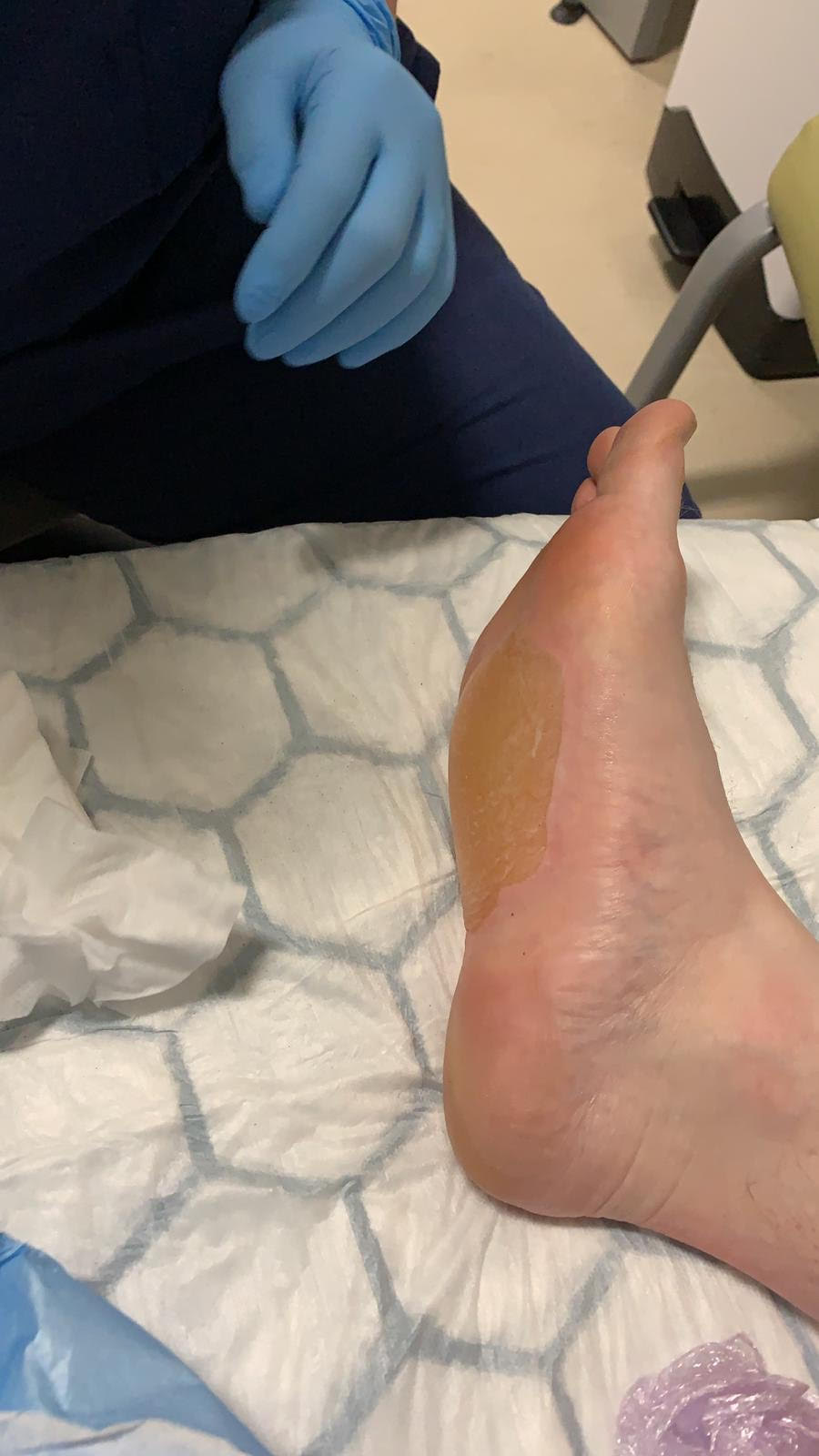 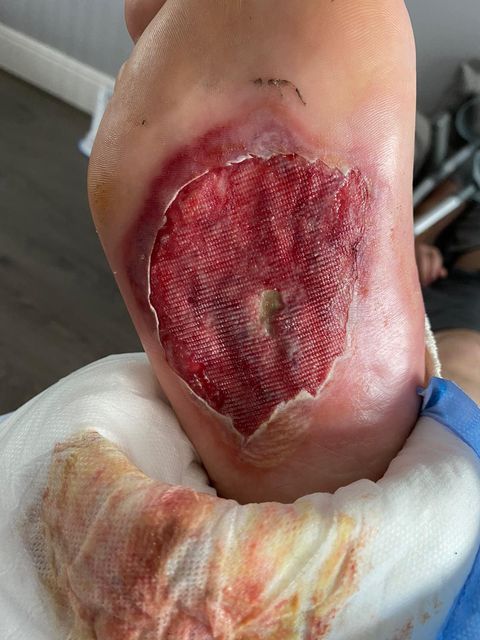