Death of Oxford Brookes student, 23, who was impaled on spiked railings after he slipped while climbing over them on a rainy night was accidental, coroner rules

The death of a 23-year-old university student who was impaled by metal spikes as he tried to climb over a fence was a ‘tragic accident’, a coroner has found.

Suhith Mahendra, a master’s student at Oxford Brookes University, was on his way home with a friend after collecting a takeaway when he tried to ‘climb or jump’ over a metal spiked railing.

He slipped and fell onto the fence, suffering two fatal abdomen punctures.

A security employee was alerted to the accident at around 4.05am when he heard Mr Mahendra’s friend Theo Pemberton screaming ‘my friend has died, please don’t die’.

Mr Mahendra, an Indian national, was pronounced dead at John Radcliffe Hospital, Oxford just before 5.30am on May 19.

His friend told the inquest that they had gone to get chips from a kebab van and walked back using the route they always took.

‘There’s a low metal fence with metal spikes on top,’ Mr Pemberton said. ‘We had taken this shortcut hundreds of times before. I jumped over first, I had longer legs than Suhith and I used my phone to shine a light. He used his right leg and had his left leg on a metal post.

‘It was then that his foot slipped, it had been raining lots that evening. I jumped back over and I used all my strength to pull him off. He then fell backwards on to another fence. 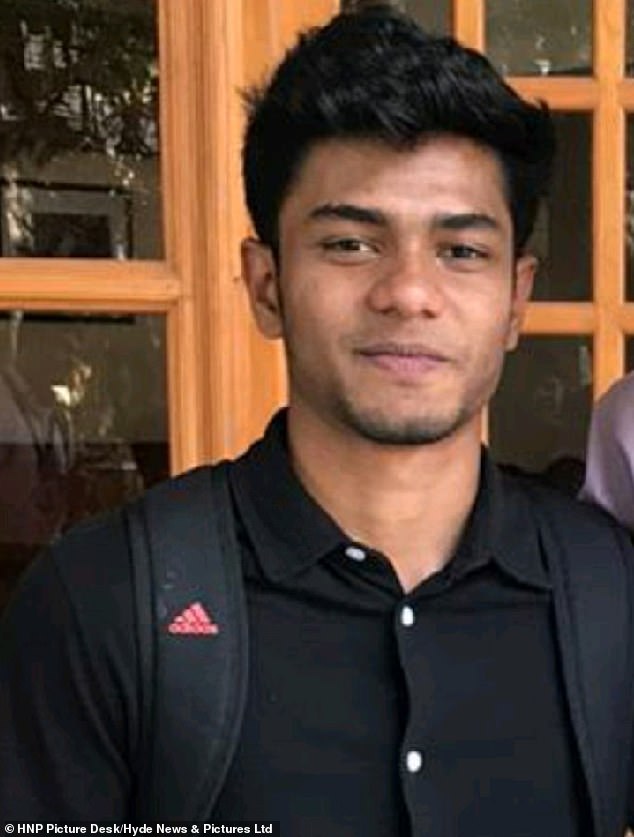 The death of 23-year-old university student Suhith Mahendra who was impaled by metal spikes as he tried to climb over a fence was an accident, a coroner has ruled

‘He was wearing a white top and I could see wounds under his belly button. I could see something coming out of his wounds.

‘I used my hoodie and hat to put beneath him. He very quickly went downhill and was in pain but then he stopped. I then called for an ambulance.’

Mr Pemberton started to administer CPR and said he stayed with his friend for about 25 minutes. He added: ‘He was a very close friend, he was a brilliant friend, kind, sweet, and generous.’

‘It appears this was a tragic accident and he had landed on the metal spikes causing him to die from his injuries.’ 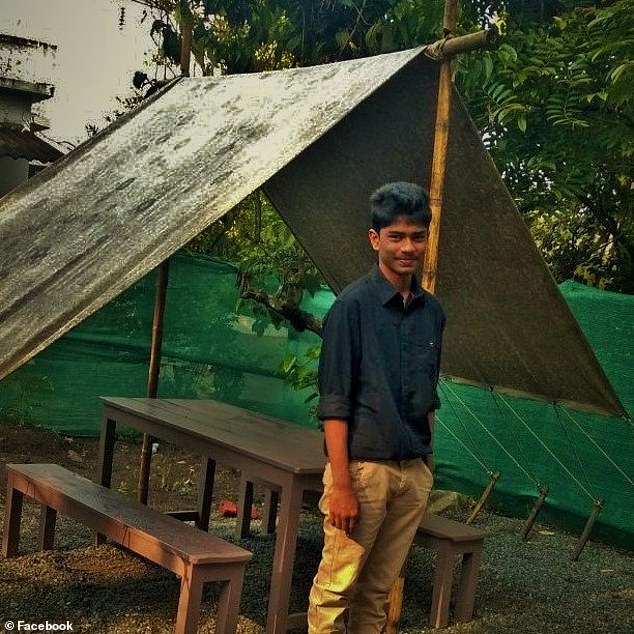 Coroner Nicholas Graham, sitting in Oxford Coroner’s Court, said: ‘My conclusion is accidental death. No one could have predicted that he would have fallen or suffered such serious injuries.

‘The cause of death was given by Professor Ian Roberts as one of traumatic aortic rupture with haemothorax and retro-peritoneal hemorrhage at around 5.30am on May 19.

‘He attempted to climb over metal railings on Mastern Lane but slipped and impaled himself on metal spikes. He sadly died of his injuries later the same day.’

Mr Mahendra was studying a master’s degree in marketing at Oxford Brookes University before his tragic death and lived in halls on Hollow Way, Cowley.

A spokesman for Oxford Brookes University said: ‘It is with great sadness that we can confirm that Suhith Mahendra died following an incident on Cuckoo Lane at the boundary with Clive Booth Student Village on May 19.

‘Students are encouraged to contact the University’s Wellbeing Service if they need emotional support, or they can access 24/7 support from TogetherAll.’