DEFENSE Secretary Mark Esper does not support invoking a law that would give Trump the ability to deploy US military to quell the George Floyd protests, he has said.

"The option to use active duty forces in a law enforcement role should only be used as a matter of last resort and only in the most urgent and dire of situations," he said in a statement. 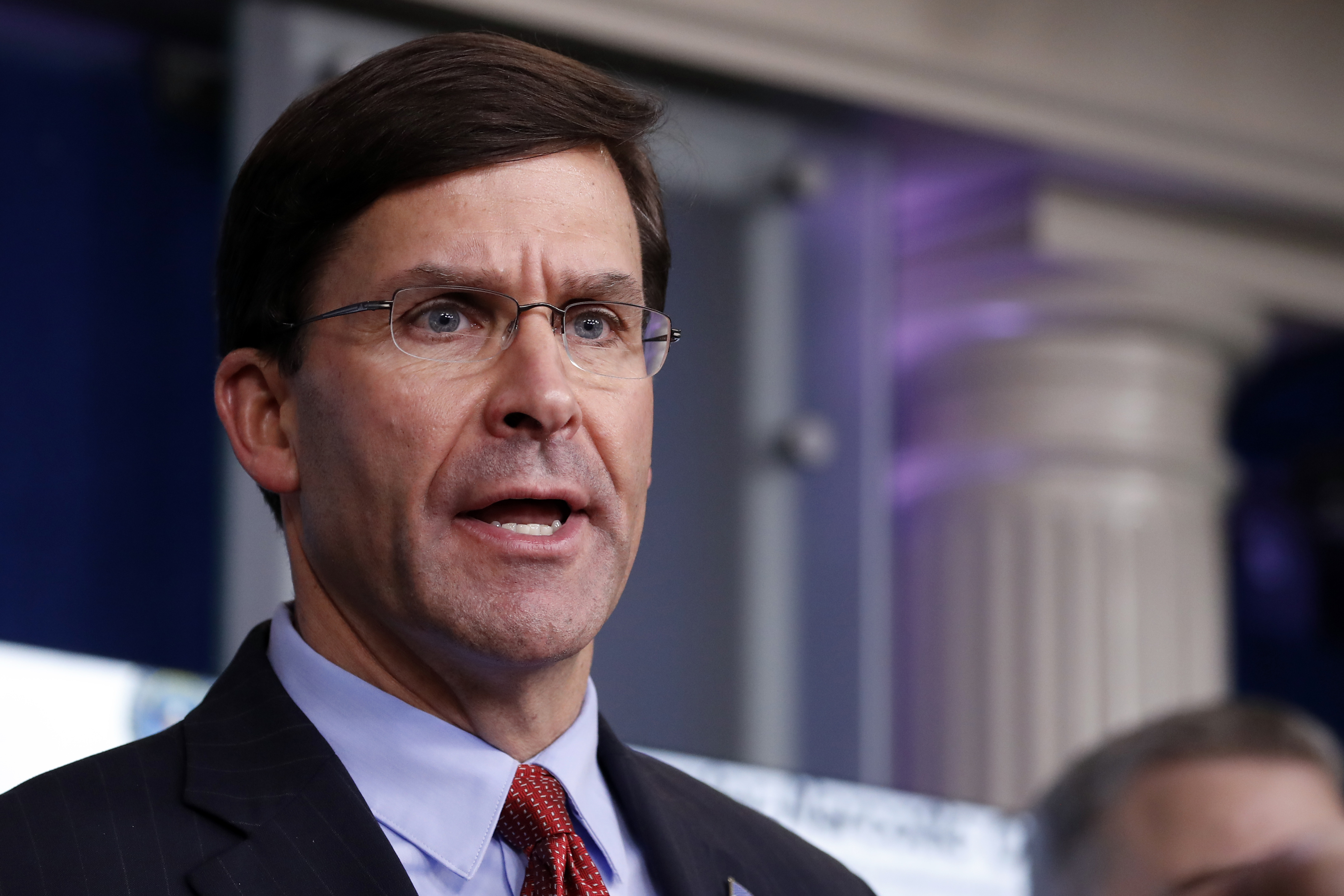 "We are not in one of those situations now. I do not support invoking the Insurrection Act."

He added on Wednesday: "I say this not only as secretary of Defense, but also as a former soldier and a former member of the National Guard.

"I've always believed and continue to believe that the National Guard is best suited for performing domestic support to civil authorities in these situations in support of local law enforcement," Esper said at a news conference Wednesday.

More than 17,000 National Guard troops have been deployed across 23 states to patrol the cities that have erupted in protests – and looting.

However Esper described America as a "battle space" to be cleared, drawing the ire of retired senior military leaders.

"We need to dominate the battle space," he had said on Monday.

Gen. Martin E. Dempsey, former chairman of the Joint Chiefs of Staff, said in a post to Twitter: “America is not a battleground. Our fellow citizens are not the enemy.”

Gen. Tony Thomas, the former head of the Special Operations Command, added: “The ‘battle space’ of America??? Not what America needs to hear … ever, unless we are invaded by an adversary or experience a constitutional failure … ie a Civil War.”

The new spark for an explosion of fury was Monday’s death of ex-trucker Mr Floyd at the hands of Minneapolis cop Derek Chauvin, 44, who arrested him for using a fake $20 note.

He was filmed kneeling on Mr Floyd’s neck for eight minutes and 46 seconds as he gasped for breath and begged for his mother.

Chauvin was charged with third-degree murder and manslaughter and he and three other officers were sacked.

Esper, alongside General Milley, the chairman of the Joint Chiefs of Staff, accompanied Trump on his photo op in front of St John’s Church on Monday.

Peaceful protesters were tear gassed in Lafayette Square in order to clear the area for Trump to walk through.

Esper has since said he wasn't aware of law enforcement plans regarding clearing Lafayette Square on Monday evening prior to his appearance with Trump, Washington Post journalist Missy Ryan reported.

Esper also claimed that the National Guard did not fire tear gas or rubber bullets into the crowd on Monday night outside the White House.