Hundreds of people were forced to flee their homes as a diesel train burst into flames, sending a giant smoke cloud into the night sky – with families forced to sleep in a nearby evacuation centre.

British Transport Police said crews were dealing with the blaze in Llangennech, near Llanelli, after being called at around 11.20pm on Wednesday.

Three carriages of the train were alight and an evacuation zone was put in place, according to Dyfed-Powys Police.

Two employees were on board the train at the time, but no injuries were reported. 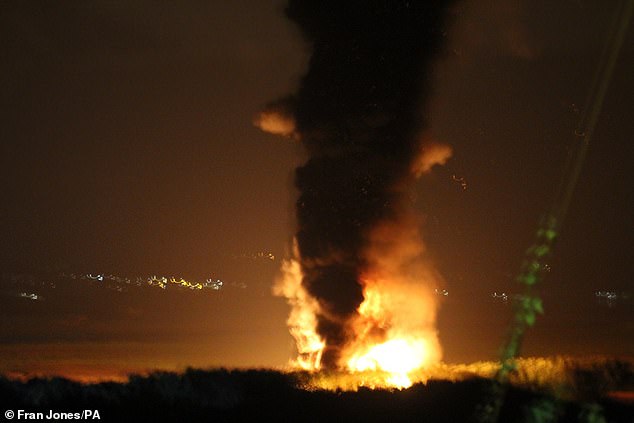 An evacuation zone was put in place in Llangennech, Wales, on Wednesday night after three carriages of a diesel freight train caught fire 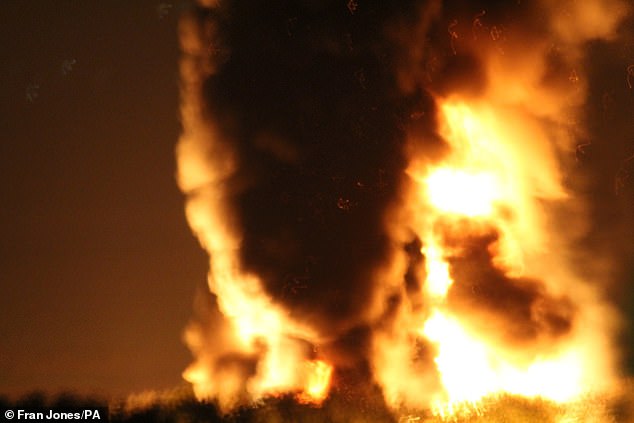 Two employees were on board the train at the time, but no injuries have been reported, shocking pictures show flames and smoke billowing into the night sky during the blaze

Gary Jones, a county councillor in Carmarthenshire, posted on Facebook saying ‘A major incident on the railway line has been declared.’

Officers declared a major incident and knocked on houses in an 800-metre exclusion zone, asking people to move to the nearby Bryn School and Llangennech Community Centre.

People were allowed to return to their homes after 5am on Thursday.

A BTP spokesman said: ‘A cordon around the scene will remain in place and people are still being advised to avoid the area.’

British Transport Police Assistant Chief Constable Sean O’Callaghan said: ‘This is a significant incident. Resources from across BTP, South Wales Fire and Rescue Service and Dyfed-Powys Police have been deployed to the scene to mitigate damage to the surrounding area and ensure the safety of all those living nearby.

‘The fire continues and there is still a substantial risk within its immediate vicinity, so our advice remains for people to avoid the area.

‘Our officers will be conducting initial enquiries into the incident and are in the process of securing key witness statements and CCTV.

‘Once the fire has been extinguished, and the scene is safe to assess and investigate, we’ll be working with the Office of Rail and Road and the Rail Accident Investigation Branch to establish the exact circumstances behind the incident.’ 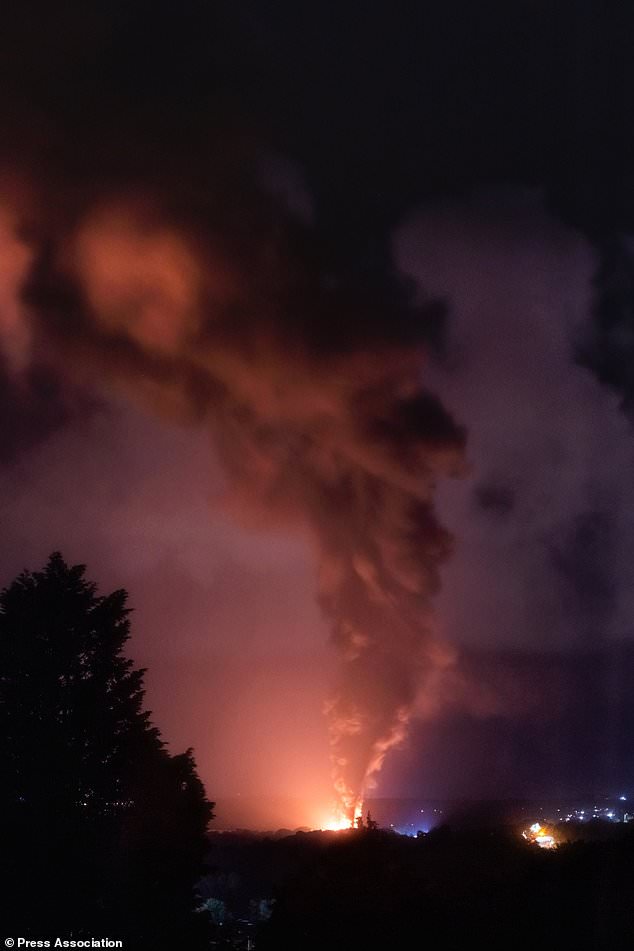 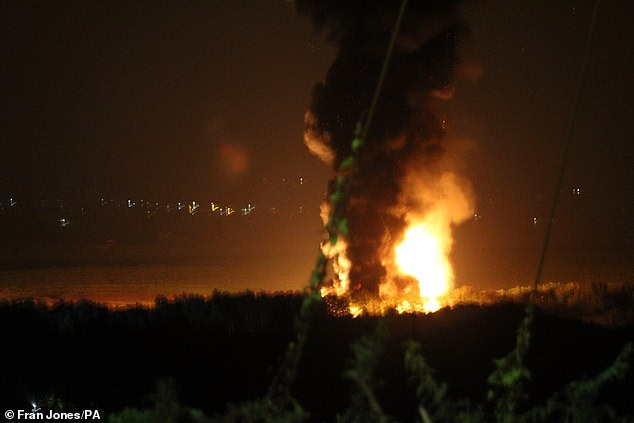 Dyfed-Powys Police said officers were contacting people living in the evacuation area and asking them to leave their homes and convene at Bryn School.

Superintendent Ross Evans said: ‘This is a fast-moving situation, which has been declared a major incident.

‘There are a significant number of emergency services personnel at the scene, and an evacuation zone has been put in place.

‘Officers are in contact with people within that area asking them to leave their homes, and we urge people to comply with officers’ requests to ensure a swift and efficient evacuation.’