Management consultant paid £2,000 a DAY to cut costs at struggling NHS trust while living at his luxury penthouse in Marbella is axed by health board – so it can save money

A management consultant paid almost £2,000 a day to cut costs at a struggling NHS trust while living in Marbella has himself been axed – to help it save money.

Phillip Burns, 45, had been hired as a ‘recovery director’ for a health board with a budget deficit of £40million.

Under his contract, he could spend one day a week working from Marbella, on the Costa del Sol, where he has a duplex penthouse. At the time of his appointment, Irish-born Mr Burns – nicknamed the ‘Costa Cutter’ – also had a £1million home in Enfield, north London. 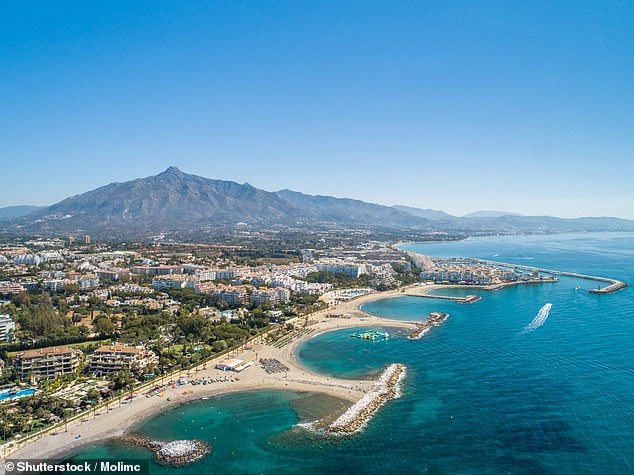 Phillip Burns, a management consultant who was paid £2,000 a day to cut costs at a struggling NHS clinic and spent most of his time at his luxury penthouse in Marbella (pictured) has been axed by his health board

Mr Burns’s social media pages were filled with images of him enjoying the good life in Spain with his wife, Lynsey Cade Davies, 39, a divorce barrister.

But it has emerged that he had his contract with Betsi Cadwaladr University Health Board, in North Wales, terminated two months early as it battles the financial impact of coronavirus.

The board’s projected deficit to the end of the 2020/21 year is expected to be around £40million – identical to when he was hired.

The cash-strapped board is controlled by the Labour-run Welsh government.

A Freedom of Information request by Plaid Cymru revealed the board had spent £2million on 37 management consultants since 2018.

Llyr Gruffydd, a Plaid Cymru member of the Welsh Assembly, said: ‘So the positive news is the board has saved £70,000, but they’ve paid him almost £300,000 in eight months to achieve what exactly?’ 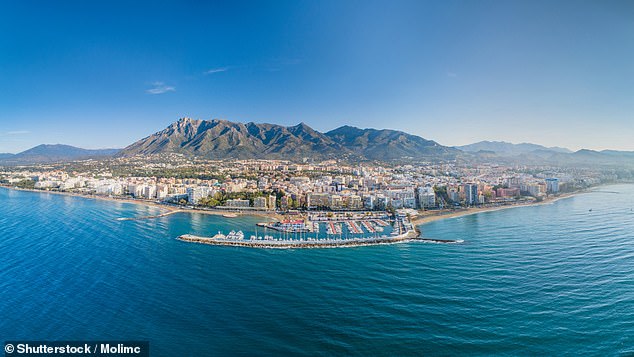 The money that was spent on Mr Burns cutting the NHS costs for nine months, while he spent time in his Marbella home, could have paid for 14 nurses in that time

He said the board had to focus on the virus in the short term, but that ‘we must have answers’ about the money spent on consultants. Details of any savings plans proposed by Mr Burns have never been revealed.

The board confirmed Mr Burns’ contract had been terminated without being paid in full. Mr Burns had been due to earn more than £360,000 for nine months in the role – £1,990 a day. This could have paid 14 nurses over the same period.

Mr Burns’s fee was paid to a third party company for his services. He previously worked for two years at Blackpool Teaching Hospitals as a ‘turnaround consultant’ and spent 11 months as ‘turnaround director’ at London’s King’s College Hospital in 2016.

John O’Connell, of the TaxPayers’ Alliance, said at the time of his appointment: ‘The fastest way for Mr Burns to save money would be to sign his own P45.’