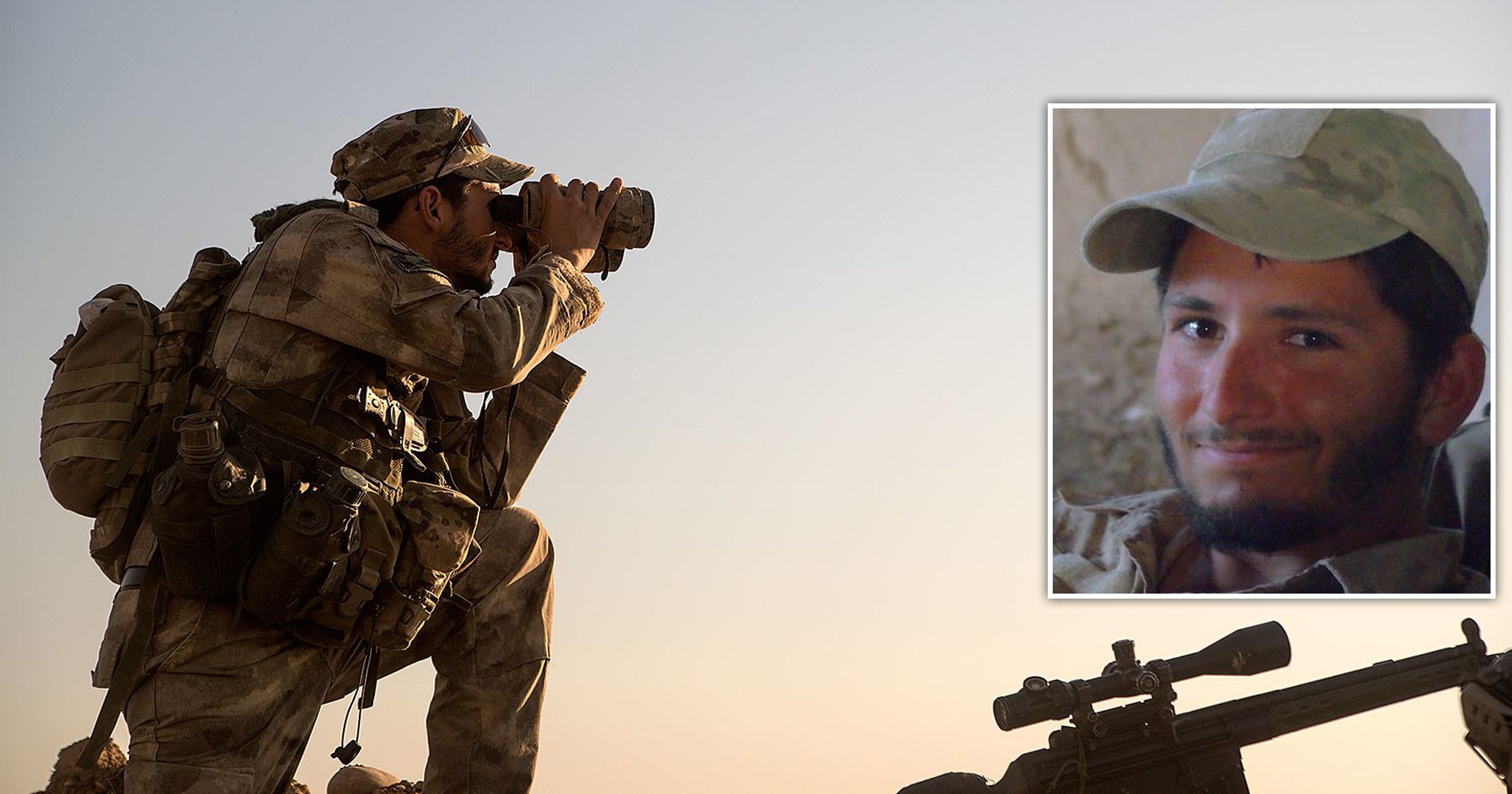 An elite Canadian sniper has debunked reports he was killed by Russian forces in Ukraine, saying he ‘doesn’t have a single scratch’.

Known by the pseudonym ‘Wali’, the veteran of two Afghanistan tours made headlines in February when he revealed he had travelled to Kyiv.

Rumours began swirling online last week that the ‘deadliest sniper in the world’ had been rubbed out by Vladimir Putin’s men.

Frantic messages from his loved ones in Canada began flooding his phone after they read reports he had been killed 20 minutes after setting foot in Mariupol.

But in a Facebook post which included a selfie while lying in a ball pit holding a rifle, Wali wrote: ‘I am alive.

‘The rumors that I died in the fight were completely ridiculous. The truth is we have taken the enemy’s ground in addition to causing him losses.

‘Unfortunately, we also lost comrades, dead and injured. The Russians are afraid of close combat.

‘They prefer to bomb again and again, destroying houses like frustrated thugs.’

Earlier this month, Metro.co.uk reported on the veteran’s arrival in Kyiv after he was pictured hunkered down in an abandoned Kyiv building armed with his .338 rifle.

Wali was one of the tens of thousands of soldiers who answered Ukrainian president Volodymyr Zelensky’s call for foreign fighters to join the resistance.

‘I’m alive, as you can see’, the infamous sniper said in a video call with CBS News on Tuesday. ‘Not a single scratch.

‘I’m pretty much the last person to know about my death. I have never seen Mariupol in my life.

‘I don’t understand why they are doing this because it’s so amateur.

‘I’m a good sniper. Nothing less, nothing more … I didn’t kill any Russians yet. I help doing so because the sniper is doing a lot of observation, reporting.’