He wears some smart designer clothes and he is kind of cute. But would you pay $1 million for a teddy bear?

It may be a rather outrageous price for a plush toy, and it may be a bit of a lark but should someone stump up a cool "mill" the proceeds will go to a charity that seriously needs it, Epilepsy Action Australia. 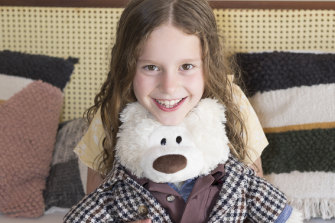 Melbourne advertising writer Alex Wadelton's Million Dollar Teddy Bear campaign was inspired by market workers who auction the season’s first box of cherries for tens of thousands of dollars, with the money going to charity. The point is in doing good, not in the cherries’ actual value.

Whoever "buys" the bear is, in fact, making a tax-deductible donation.

A few months ago, he learnt Epilepsy Action Australia's coffers had taken a $800,000 hit during the COVID-19 pandemic thanks to fewer donations and cancelled fundraisers.

The charity had helped his own family. "I wanted to do something," he said. 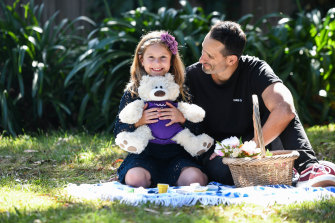 Two years ago, Mr Wadelton’s daughter Lila was diagnosed with epilepsy after suffering major seizures in a restaurant and at school.

Mr Wadelton said it was a "very scary" time but Lila took comfort from a teddy bear Epilepsy Action Australia had sent her. They also sent a comic book that explained epilepsy to her.

Mr Wadelton said: "The support and love from, basically, strangers, was quite beautiful."

The charity sent an information pack on epilepsy to him and wife Sheridan and connected them to a specialist nurse-on-call service and to event, where he met other parents of epilepsy patients. 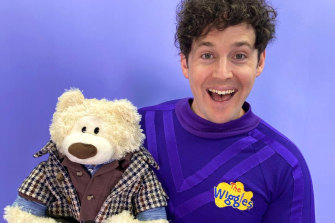 Ms Ireland said Mr Wadelton has built the campaign as a volunteer, including creating a website, milliondollarteddybear.com

Mr Wadelton and his friends posed the bear at the National Trust mansion Rippon Lea for a promotional video, narrated by actor Nadine Garner.

Mr Wadelton said it is possible someone will buy the $1 million bear, and it will help people like Lila.

"One person can change the lives of so many people with epilepsy," he said.