THE crew of the container vessel Ever Given smile in their first picture since the ship brought world trade almost to its knees by blocking the Suez Canal.

The 25 Indian sailors have been onboard the 1,312ft megaship for two months and have no immediate prospect of going home after Egypt demanded $1billion in compensation. 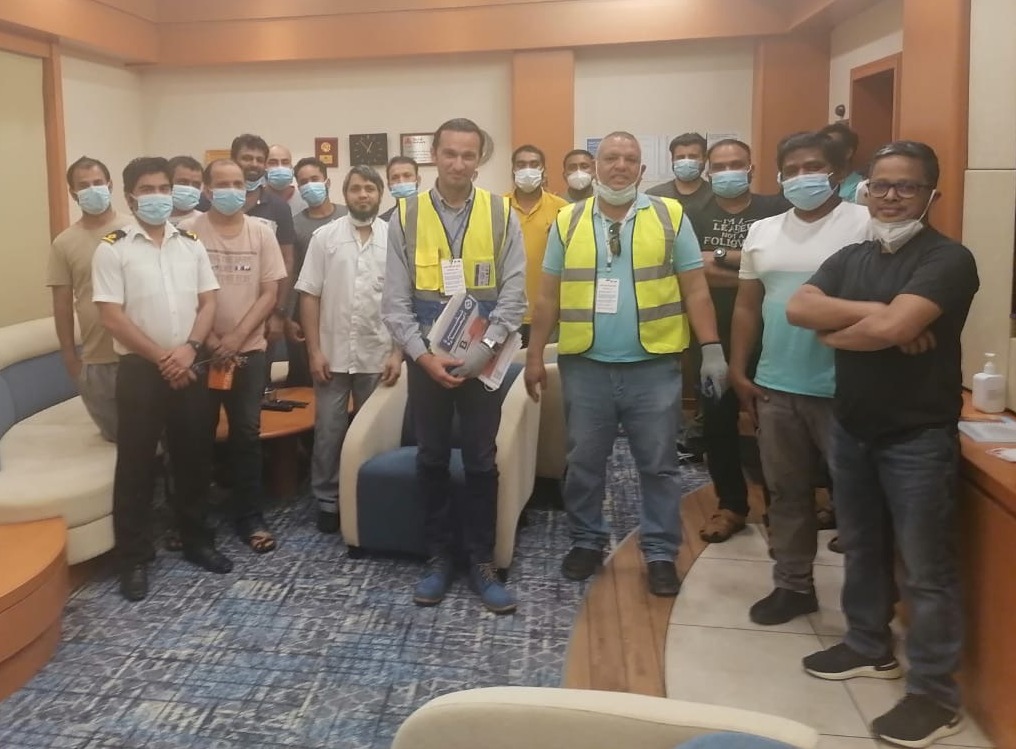 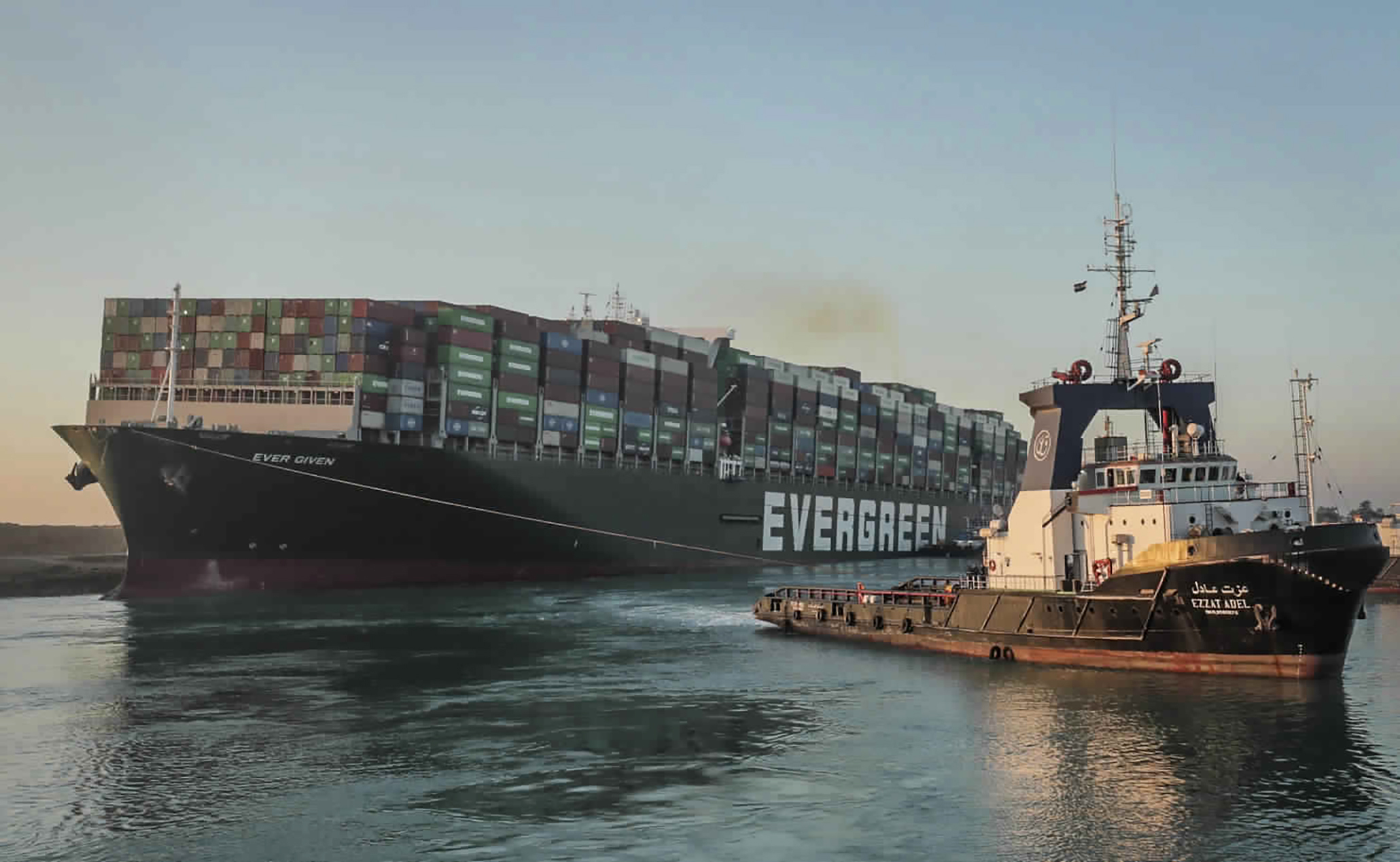 Trade was brought to a halt when after the Ever Given – which has almost 20,000 containers onboard – jackknifed across the Suez Canal last month.

It blocking the vital trade waterway for six days before she was straightened with the help of diggers and a flotilla of tug boats.

The canal is a vital through route for ships coming from Asia and heading to Europe and avoids the long trip around Africa.

Experts say the blockage cost world trade an eye watering £7billion a day as more than 400 ships were held up during the massive operation to free her.

Egypt says it lost $15million in transit fees for each one and is refusing to let the Ever Given continue its voyage.

She is currently at anchor on the Great Bitter Lake midway along the Suez Canal after she was seized by Egypt last week as part of a court order.

Our exclusive picture shows Egyptian reps from the International Transport Workers Federation (ITF) onboard while the compensation row is thrashed out.

The crew are pictured smiling for the camera, but secretly union officials in their home country of India fear they will be kept hostage for weeks until the compensation is paid by the ship's owners.

No identities were revealed. The only person wearing merchant navy epaulettes is on the far left with insignia identifying him as a fourth engineer. 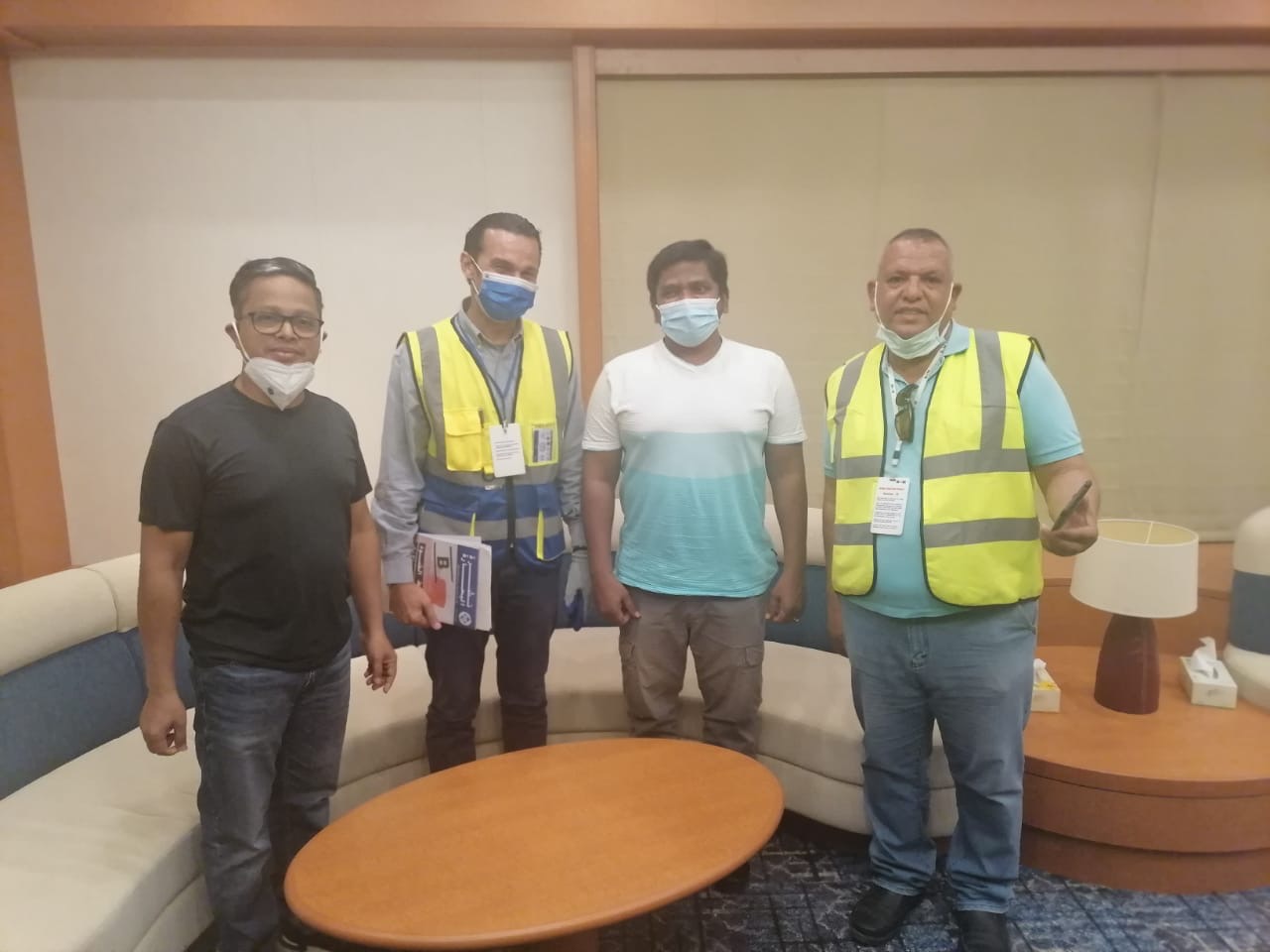 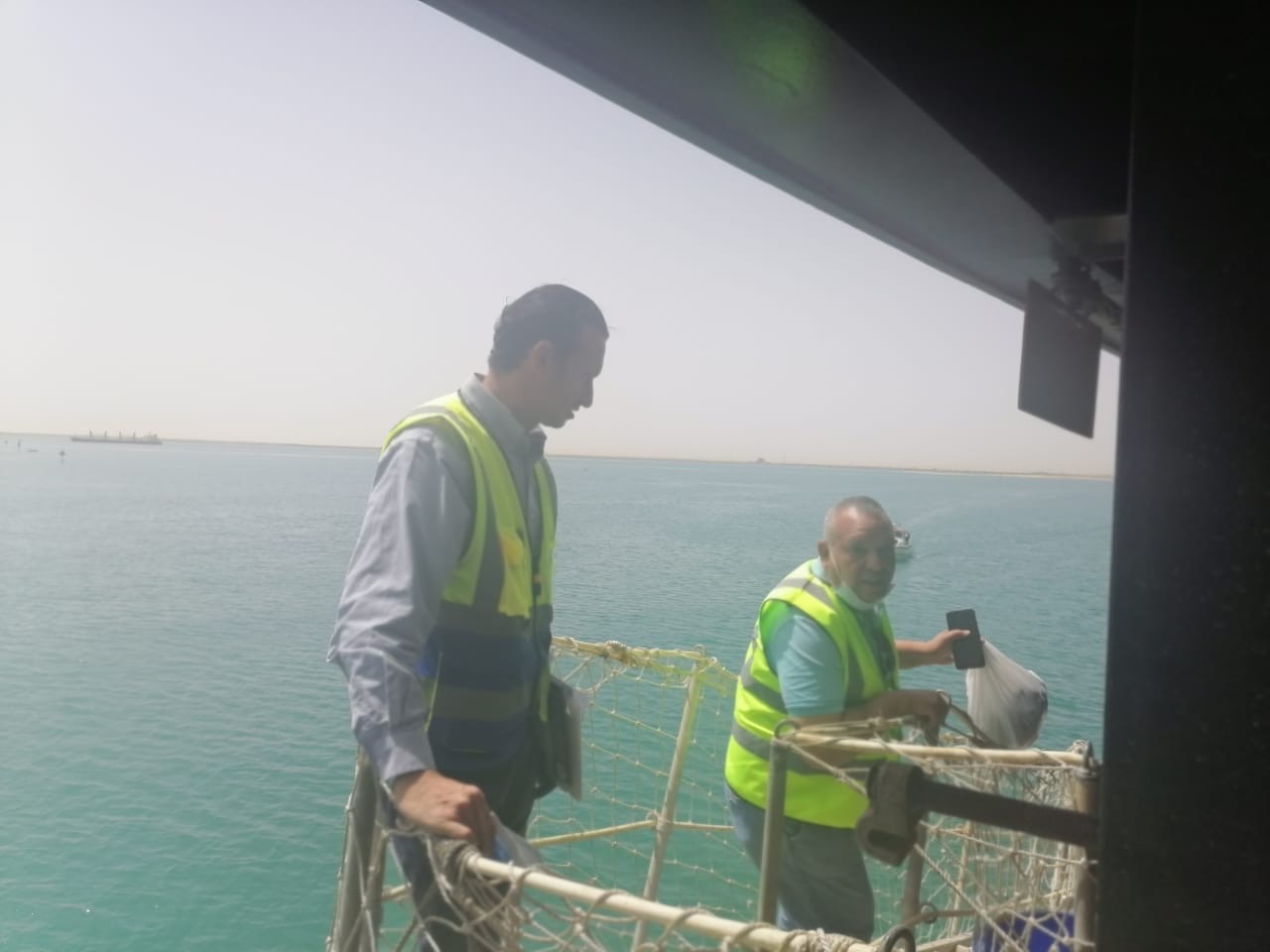 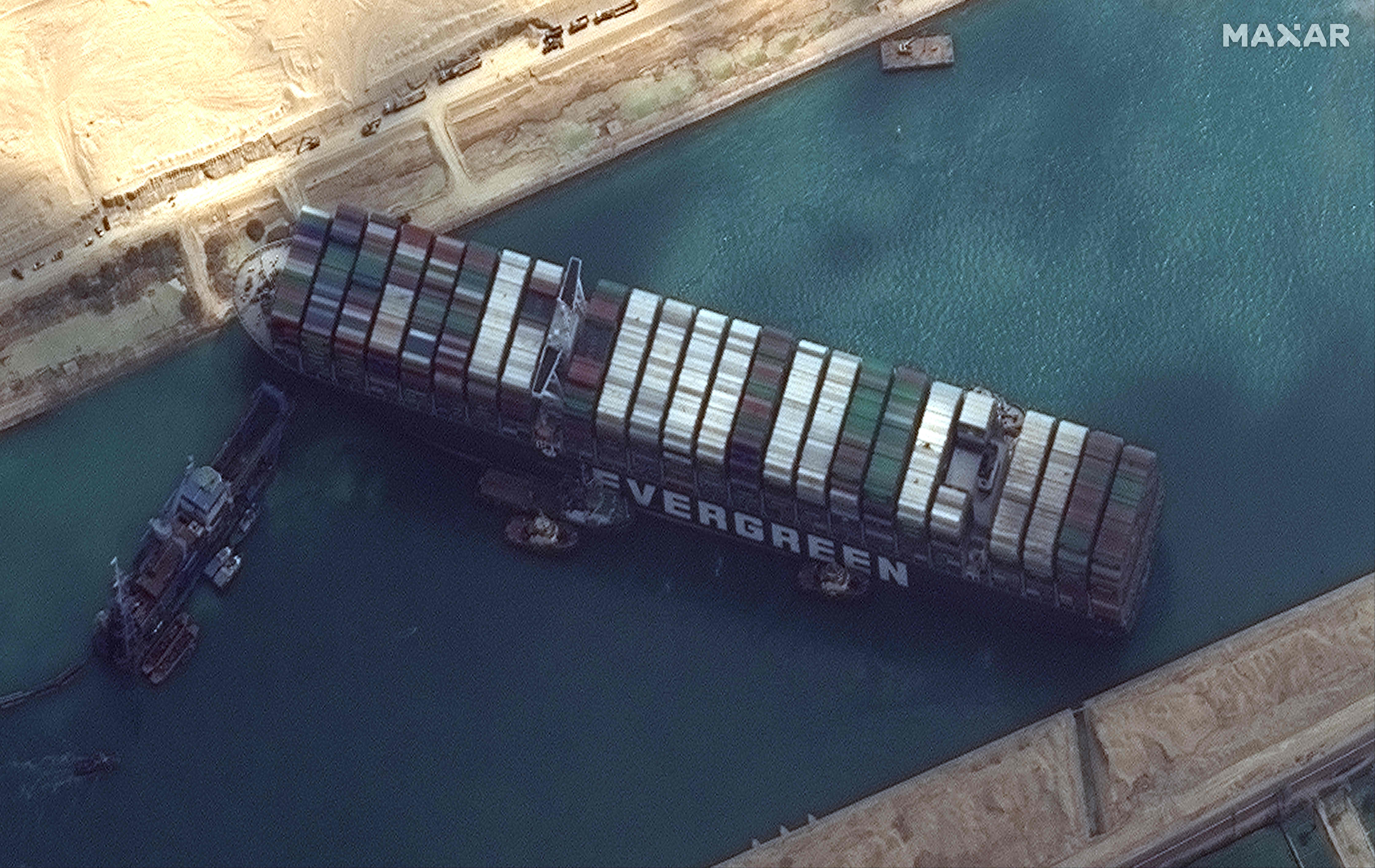 Two of the crew have been allowed to leave the Ever Given and are being replaced while a second master (captain) has flown out from India to join the ship.

She should have arrived at her destination in Hamburg earlier this month after stopping at Felixstowe, Suffolk.

Today Abdulgani Serang of the National Union of Seafarers of India told The Sun: "The visit was primarily a welfare one – we wanted to make sure the crew were all safe and well and not suffering.

"It was important to show solidarity with our fellow countrymen and seafarers, they should not be held to ransom and should be allowed to leave the ship.

"We want to make sure they are not victims of any injustice.

"I have personally spoken to the master (captain) twice and he has assured me everyone on board is well.

"Two seafarers were given permission to leave because of personal family matters at home in India.

''The ITF representatives spent several hours onboard and passed on our good wishes and solidarity to the crew.

"The message from us is that they are not alone and they have our support and the support everybody locally, nationally and internationally.

"The Captain and the crew onboard stated that there were no problem regarding wages, food or provisions. They fully understand the situation.

"The crew are keen to resume sailing soon. The ITF team also delivered internet devices to all the crew."

The ship’s insurer for third-party losses, the U.K. P&I Club, said in a statement that it received a claim for $916million, the size of which is “largely unsupported”.

It said it was disappointed that the vessel was seized last week.

The U.K. P&I Club said the claim included a $300million salvage bonus and another $300million for loss of reputation, but not the professional salvor’s claim for its services.

It said a generous offer was made to settle the claim and that negotiations will continue.

It added: "When the grounding occurred, the vessel was fully operational with no defects in her machinery and/or equipment and she was fully manned by a competent and professional Master and crew.

"Navigation was being conducted under the supervision of two Suez Canal Authority pilots, in accordance with the Suez Canal Rules of Navigation.

"The UK Club is working with all parties involved. Our priority is the fair and swift resolution of this claim to ensure the release of the vessel and cargo and, more importantly, her crew of 25 who remain on board."

The Sun can also reveal that three weeks ago in London's High Court the owners also filed a limited liability suit for $114million for the owners of containers on the Ever Given which are thought to contain aircraft spares. washing machines and other electrical goods.

It is expected either Japanese company Shoei Kisen Kaisha, which owns the Panama-flagged Ever Given, or the Taiwanese firm Evergreen Marine Corp, which had charted the ship, will be liable for the compensation.

The ship was initially said to have got into difficulty after high winds and a sand storm hit but officials in Egypt said they had not yet ruled out human or mechanical error. 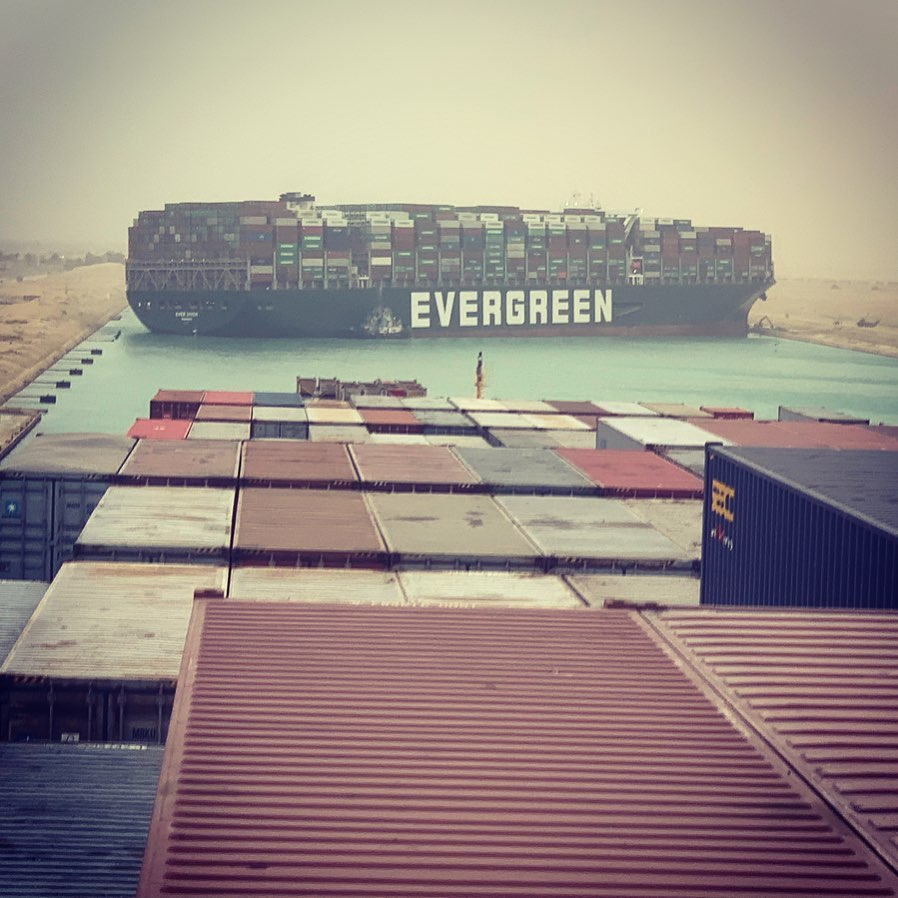 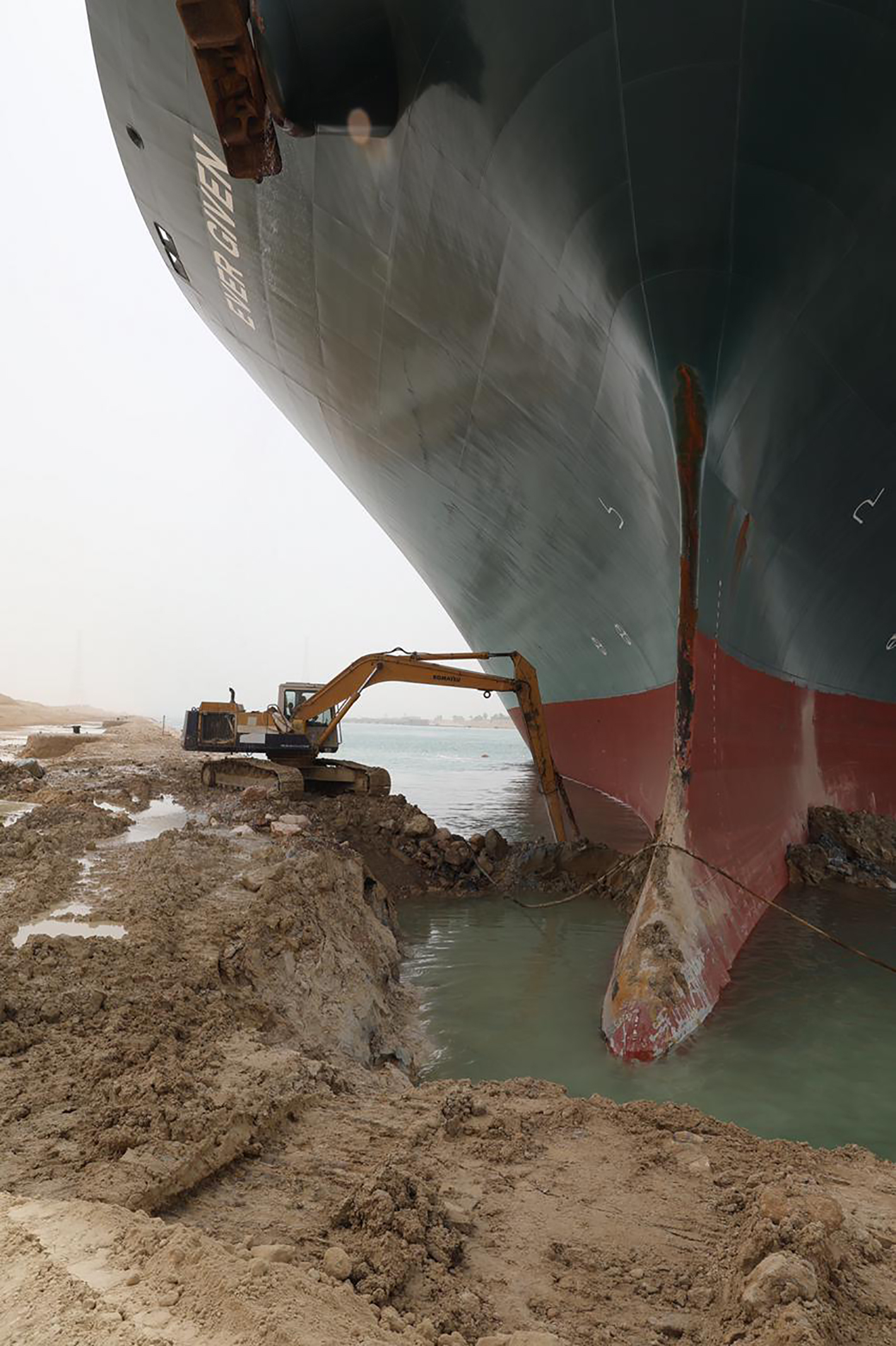