A ‘fantasy knight’ today apologised after armed police swooped on his stroll in full medieval outfit and sword around a Cardiff beauty spot – and said: ‘I was simply enjoying a walk in my armour.’

History-lover Lennon Thomas, 20, was stopped in his tracks at Hendre Lake, in St Mellons by three gun-toting officers on Wednesday after families feared he would launch an attack with his 3ft sword.

Shame-faced Lennon said today: ‘Sorry – it looks like I might have scared a few people around the lake.’ 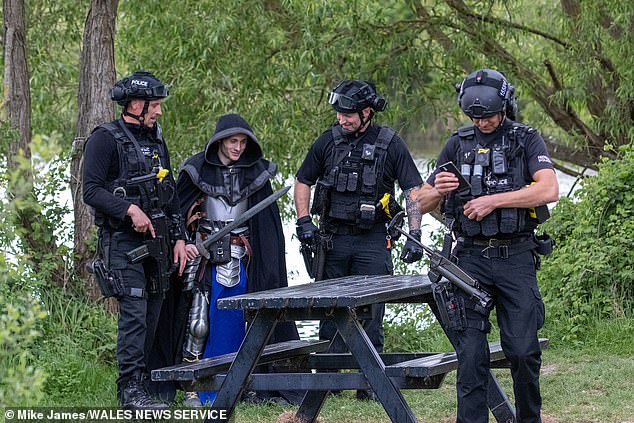 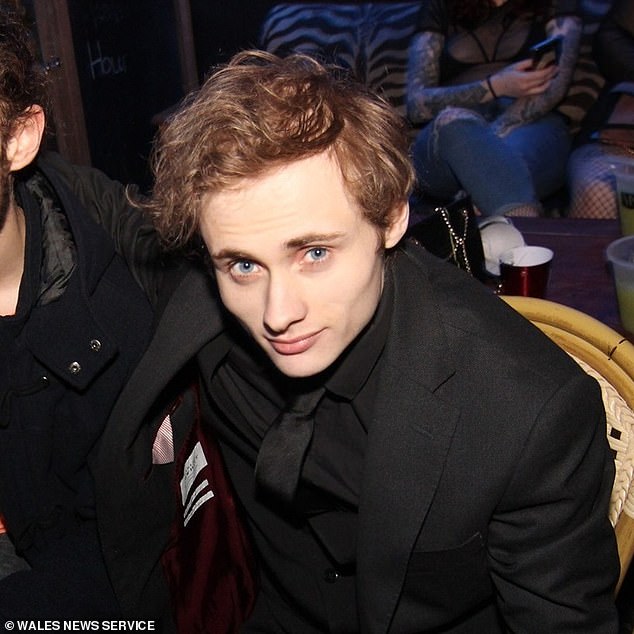 History-lover Lennon Thomas, pictured, was stopped in his tracks at Hendre Lake, in St Mellons, Cardiff 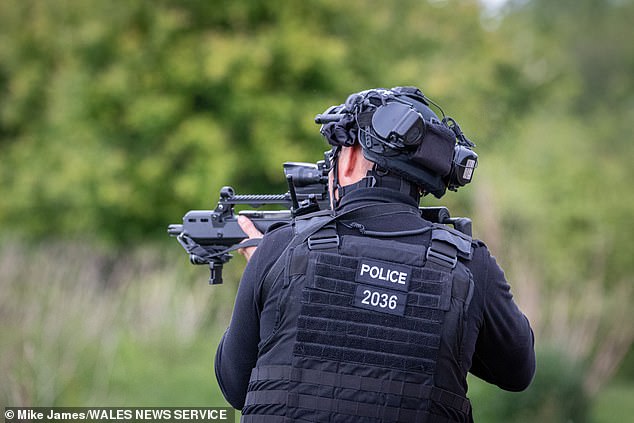 The student had pulled on one of his selection of outfits for fantasy role-play games known as Larping – or Live Action Role Play.

The Dungeons and Dragons fan was trying out the new knight’s outfit when he was met by three officers from the firearms unit as he strolled around the lake in St Mellons, Cardiff.

His ungallant halt was caught on camera by a passer-by – as police saw the funny side of his sword-carrying stroll. Lennon was described as being more of a Sir Laughalot than Sir Lancelot.

But Lennon said: ‘I will admit that I had a lapse in judgement on the sword part, perhaps bringing that wasn’t a good idea, however the rest of my outfit was simply me practicing for a hobby of mine.

‘I was simply enjoying a walk in my armour and using the time to practice for my hobby, I was trying to get use to wearing the armour as it is slightly physically demanding after a while of wearing it.

‘I’m simply enjoying my hobby. Life is a lot more fun when you don’t care how weird you are. 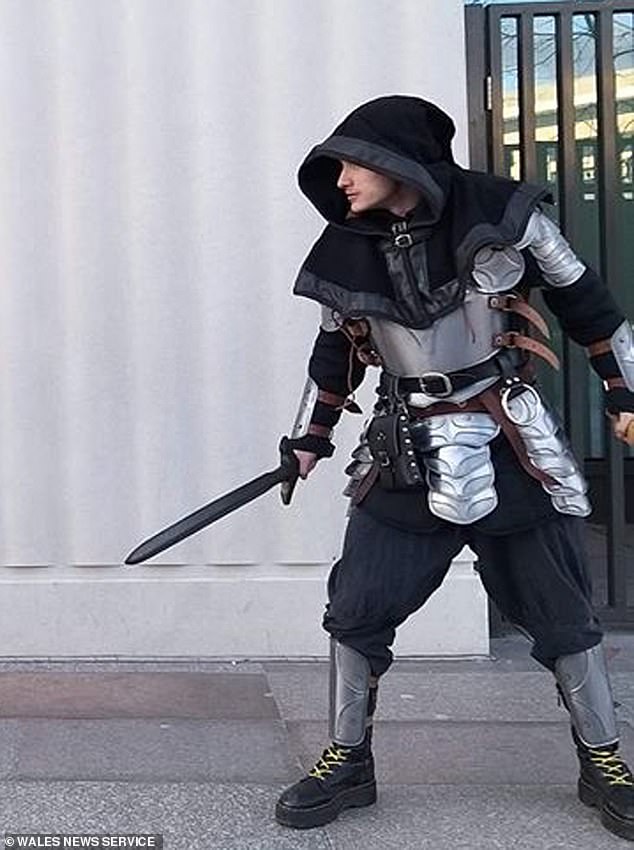 The Dungeons and Dragons fan, pictured, today apologised but insisted ‘I am no idiot for simply enjoying myself and practicing for my hobby’ 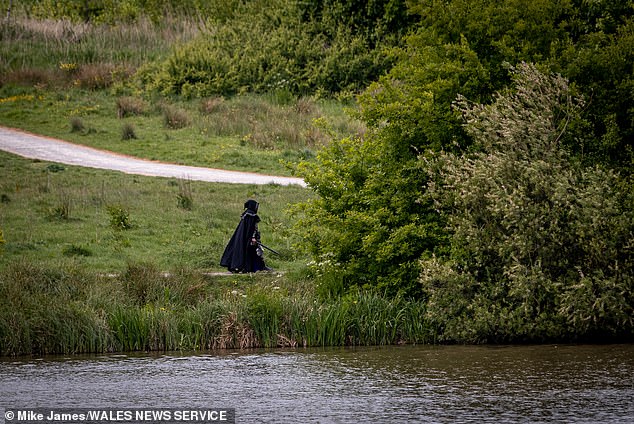 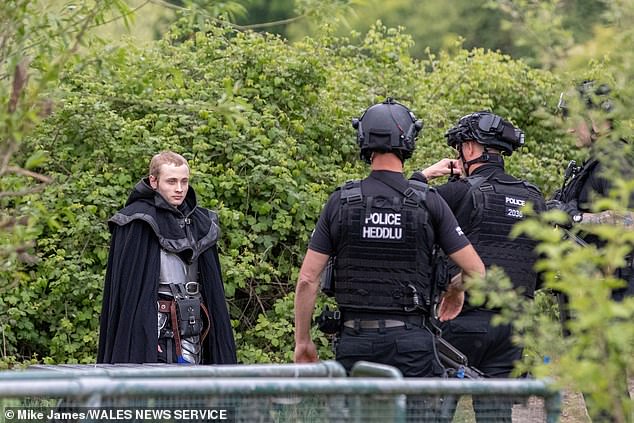 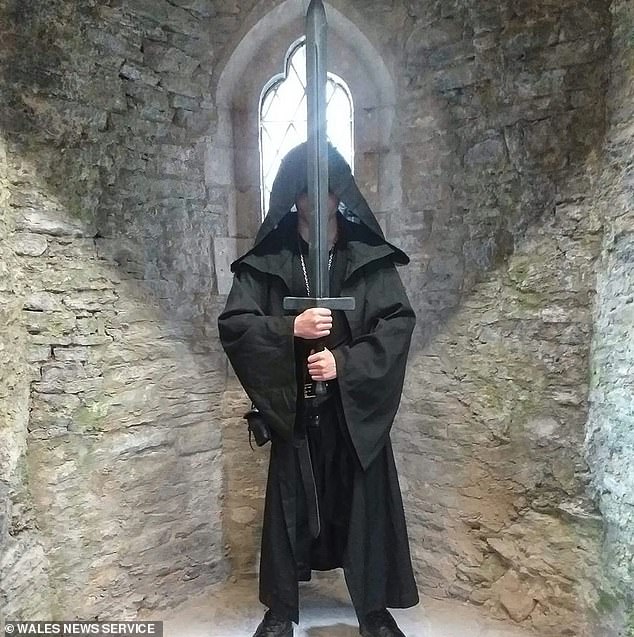 The student, 20, pictured, told passers-by ‘if I were in America I would have been shot on sight’ 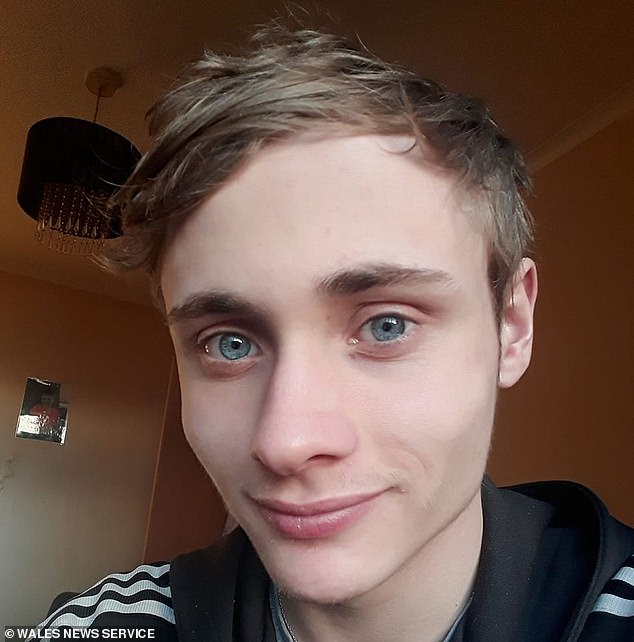 Lennon, pictured, lives less than a mile from the lake where he was confronted by armed police

‘I am no idiot for simply enjoying myself and practicing for my hobby – perhaps it was a little stupid of me to bring the sword as from a distance it does look realistic.’

Lennon, who lives less than a mile from the lake, admitted that passers-by were alarmed by his outfit – and even more when he was arrested.

He said: ‘I joked to some passers-by who saw the incident that ‘if i were in America I would have been shot on sight’.

‘Officers were deployed to the scene where they located a young man who was in fancy dress carrying a toy sword. No criminal offences were committed and the man was given suitable advice.’

Medical technician Mike James, 31, who was out with his wife and son, said: ‘The whole thing was really surreal – he looked like something out of Assassin’s Creed.

‘We saw this guy walking around in this knight’s outfit and carrying a sword.

‘I thought: ‘That’s a bit weird.’ But I thought he must be an actor or something so I didn’t think much more of it.

‘About five minutes later the armed police turned up, they said they’d had reports of a suspicious-looking person and we knew straight away who they were talking about.

‘I told them it looked like he was doing laps of the lake and that he should be coming around shortly.’

He continued: ‘The police ordered him to put the sword down and then they confronted him. They had a chat with him for a couple of minutes and apparently the guy told them he was trying out a new outfit and he was walking around the lake to get used to the weight.

‘The armed police were good as gold and even had a picture with him afterwards before letting him go on his way.

‘I don’t know what the sword was made from but it looked real enough!

‘The outfit did look heavy – I’m not sure it was proper chainmail but it made a real tinny noise as he was walking past.’