A pensioner has been left ‘tortured’ and ‘traumatised’ after her two French bulldogs died of suspected heatstroke after allegedly being left in the back of a car by a pet-sitting company.

Retiree Steph Pendleton, 61, of Bridgend, South Wales, and her partner Steve, were horrified when four-year-olds Lila and Phab were found dead during last week’s heatwave.

Mother-of-two Steph had given her beloved dogs to the Pet Patrol Club for a weekend away with Steve – but returned after two nights to be told they had died.

The pet-sitting company reportedly told the couple the dogs had been left in a car unsupervised – and a vet later confirmed the dogs died of heatstroke on Sunday.

Steph said: ‘I’m tortured by what my girls went through and the death they had. 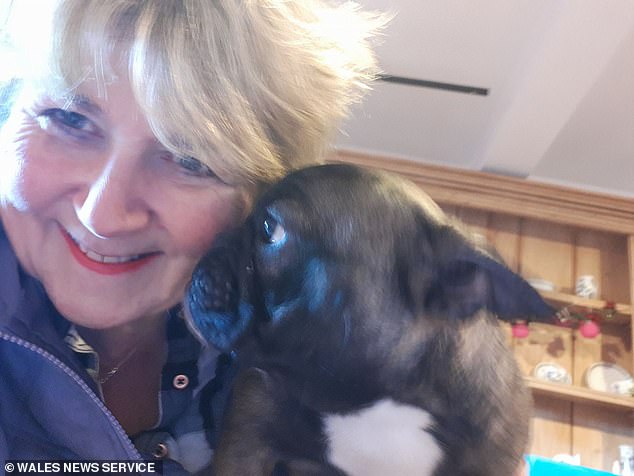 Mother-of-two Steph Pendleton, 61, of Bridgend, (pictured with Phab) and her partner Steve had given their beloved dogs to the Pet Patrol Club for their weekend away – but returned after two nights to be told that both Lila and Phab had died 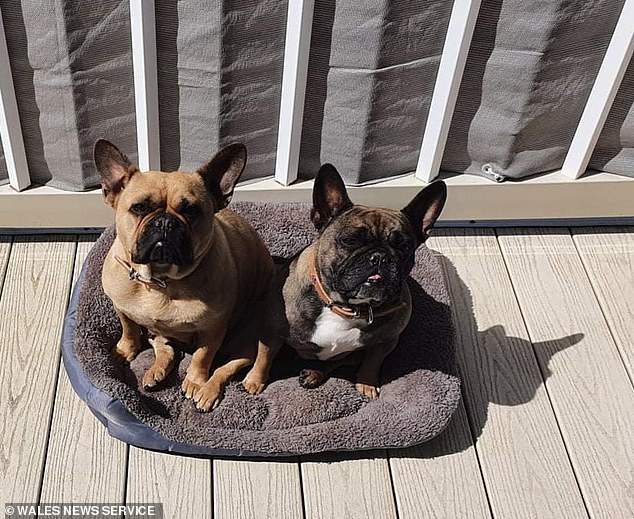 Steph her partner Steve, were horrified when four-year-olds Lila and Phab (pictured together) were found dead during last week’s heatwave

‘Those dogs have only ever known love. I can’t imagine. I think about them and how they were probably waiting for me to come and get them while trapped in that car.’

Steph and Steve said they had the dogs since they were just eight weeks old – her daughters Emma and Beth were particularly fond of them.

‘We’d never left them with anyone before, so I really made sure we prepared and tried our best to do our due diligence,’ Steph said.

‘We were going on a boating holiday to west Wales, just for the weekend – but I was worried the dogs wouldn’t be comfortable around the water.

‘So I found the Pet Patrol Club on Facebook and contacted them. We then had a meet and greet session the week before, so the dogs could get used to it.’

The couple claim the company sent pictures to the family the day before the dogs died to reassure them of their care.

Steph claims she was told by Pet Patrol Club that they had left the dogs in the back of a car unsupervised where they died. 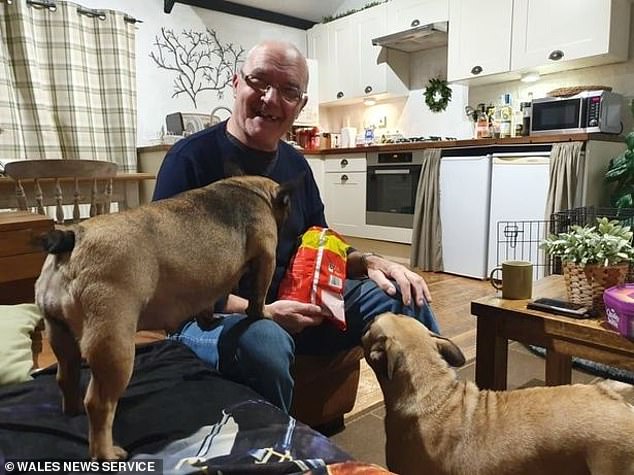 Steph and Steve (pictured with Lila and Phab) said they had the dogs since they were just eight weeks old, and that her daughters Emma and Beth were particularly fond of them 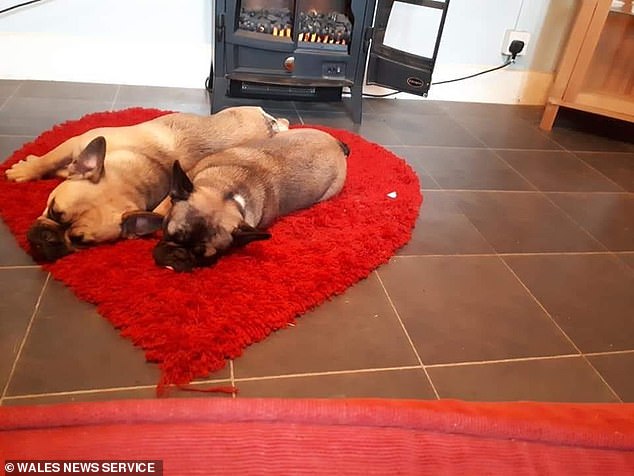 Retired company director Steph said: ‘We went home last Sunday evening and arranged for the dogs to be brought back to the house at 6pm.

‘At 6.05pm they arrived. We ran up to the car looking forward to seeing the dogs, but they told us to stop, and that the dogs had died.

‘I collapsed, I was distraught and I am still in shock. I can’t believe this has happened to me. I assumed there had been a road accident.

‘Thank goodness my partner was with me when I was told. He was brilliant, because as soon as I heard those words my mind went blank.’

Steph said they then travelled to a location to collect the dogs, and reported the tragedy to the RSPCA.

‘The one thing I take comfort from is that I was told how the dogs died,’ she said. 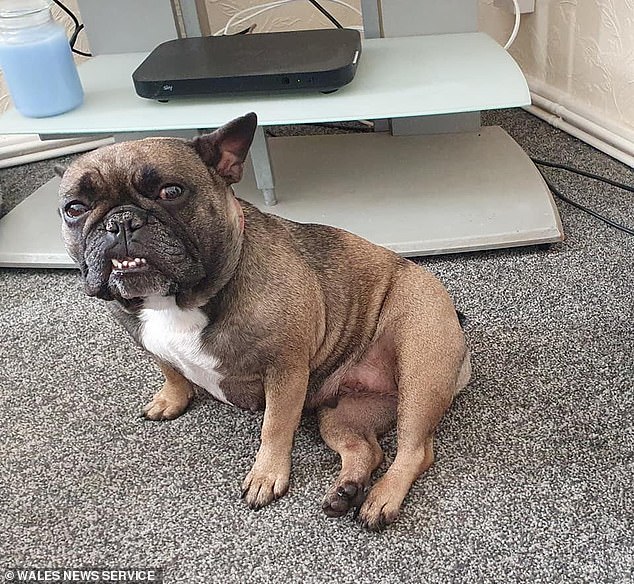 ‘But we’re extremely upset and traumatised – as are my friends and the equestrian and dog communities who have been wonderful. Without the help of the welfare agencies I wouldn’t be getting through this.

‘I was always out and about with my girls. My life has been blown apart.’

An RSPCA Cymru spokesman said: ‘The RSPCA cannot comment on individual cases for data protection reasons. However, we take all complaints of animal neglect made to us very seriously – and anyone wishing to make information available to us can always contact our emergency line on 0300 1234 999.

‘Put simply – a dog should never be left alone in a car on a warm day – and anyone who sees a dog in distress in a hot car should call 999.’

Pet Patrol Club, based at Cowbridge, Vale of Glamorgan, refused to comment when contacted.