The former South Australian Governor, Dame Roma Mitchell, whose brilliant career blazed a trail for modern women, will be given a state funeral in recognition of her outstanding life.

Dame Roma, 86, died just before noon yesterday after a short illness. She was in good health until a month ago when she sought treatment for back pain and was diagnosed with terminal bone cancer. 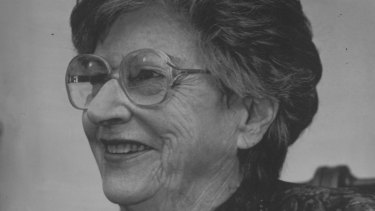 Only a fortnight ago she gave interviews from her hospital bed, saying she would consider any treatment her doctors recommended.

Her health deteriorated so rapidly the Governor-General, Sir William Deane, last week cancelled appointments and rushed to Adelaide for a bedside ceremony in which Dame Roma received her last award, Commander of the Royal Victorian Order.

The award, which was announced in the Queen’s New Year’s honors list, recognised Dame Roma’s services as Governor from 1991 until 1996.

Her death, honored in the city by the playing of the Last Post at Government House, was announced by the Premier, Mr John Olsen, who said she would be accorded a state funeral in recognition of her term as Governor and life as an outstanding leader. A date has not yet been set.

Mr Olsen’s was the first of a number of tributes that poured in, all commending a woman who became an exemplary role model through her strength and integrity.

“She was held in the highest esteem and affection,” Mr Olsen said. “Hers was an extraordinary life and one to be celebrated. She challenged conventions and … pioneered a new status quo.”

Dame Roma had planned to go to Canberra to receive her award from the Queen. After the bedside investiture last week Sir William Deane, a close friend, said Dame Roma was “gravely ill” and had slipped in and out of consciousness. 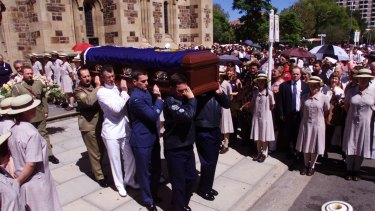 The funeral of Dame Roma Mitchell in AdelaideCredit:Bryan Charlton

A devout Catholic who was educated at Adelaide’s St Aloysius College, Dame Roma was in the care of her parish priest, Father Maurice Shinnick, in the days leading to her death. The Catholic Archbishop, the Most Reverend Leonard Faulkner, said Dame Roma’s life had been a source of hope for ordinary people.

“She radiated goodness and graciousness to all people, especially to those who were poor,” Archbishop Faulkner said. “She was a source of inspiration especially to women. But her words and actions also have and should endure as a role model to every person in public life.”

“`For Helen and me she was a close personal friend of whom we cherish many wonderful memories,” he said.

Born in Adelaide in 1913 and raised by her mother after her father died in France in World War I when she was four, Dame Roma occupied positions in public life that were unprecedented for a woman. After studying law she became South Australia’s first female Queen’s counsel, a breakthrough she looked back on with great affection because it was her first and “something you attain off your own bat”.

Her outstanding career with the judiciary led her in 1965 to become the first woman appointed to the bench of the SA Supreme Court. In 1972 she became the first female chancellor of a major university, the University of Adelaide, then went on to eclipse all previous firsts by in 1991 becoming the state Governor, the first female governor the nation had appointed.

By then she had become at least partly used to the publicity that every new milestone seemed to attract, although at first it had shocked her. In later life she told an interviewer: “I remember saying at the time that I hoped I lived long enough to see that such an appointment received no more publicity than the appointment of a man, and I think I’ve nearly done so.” 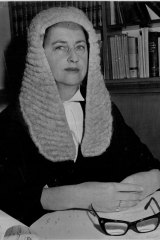 Calling herself a conservative feminist, she relied on a strategy of quiet persistence to overcome discrimination on the grounds of gender or race and after leaving the bench in 1981 became the founding chair of the Human Rights Commission.

In Government House she turned her back on excessive pomp, crossing town on foot in sneakers once a week to shop at Adelaide’s Central Market. After leaving public office she remained active, chairing a South Australian board on ageing and contributing to the debate on the republic.

South Australia’s Chief Justice John Doyle, who appeared before Dame Roma as a barrister, said it was not easy to imagine South Australia without Dame Roma.

“She always seemed to have been indestructible,” he said.

He said Dame Roma had risen to the top without the support of the women’s movement as it exists now. “She never, as it were, trumpeted her achievements, she just got on and did it,” he said.

Sir Anthony Mason, Chief Justice of the High Court between 1987 and 1995, said success did not fall in her lap. “I don’t think it was easy for her,” he said yesterday. “It would not have been easy for a woman of her generation, born in 1913, to achieve the success that she did.”

Dame Roma never married and shared her time between an apartment on East Terrace and a holiday house at Carrickalinga on Adelaide’s southern coast. — with AAP