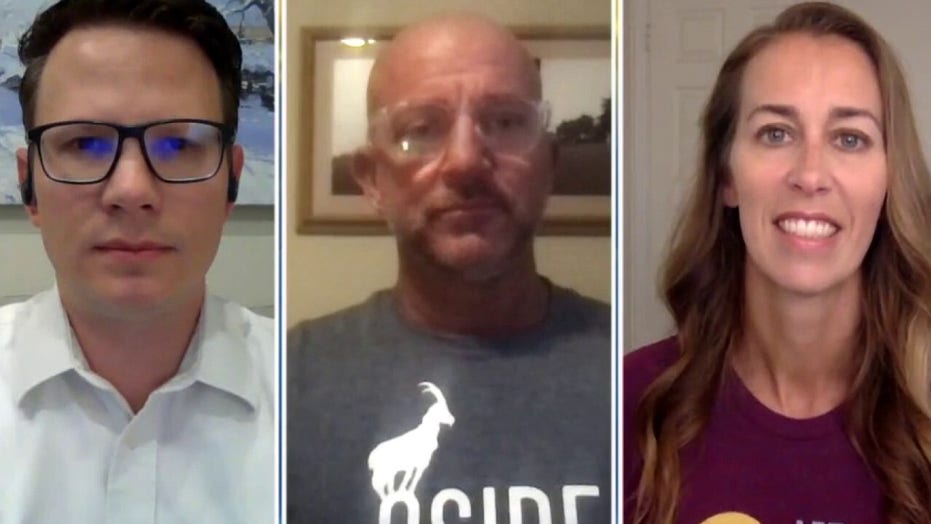 Frustrated California parents, who said they plan to sue the state over mask mandates in schools, explained on “Fox & Friends Weekend” on Sunday why they feel they need to take legal action.

“As parents, we’re seeing our kids suffering behind the masks and that’s why we can’t wait any longer to restore their smiles,” Sharon McKeeman, a mother of four who founded the group, said. “Let Them Breathe,” which, according to its website, promotes mask choice and an end to mask mandates.

She noted that the group has received the support from “thousands of parents that are advocating to state and local representatives.”

“We’re making resources readily available for parents,” she explained, adding that “we’ve had huge marches statewide, however, unfortunately we’ve seen that California is very slow to follow the science and do what is best for our children unless a judge makes them.”

McKeeman explained that that’s why her group partnered with another group called “Reopen California Schools,” created by Jonathan Zachreson, a father of three.

The group of parents in Northern California are teaming up with the group from Southern California that successfully sued Governor Gavin Newsom, Health Secretary Dr. Mark Ghaly and the California Department of Public Health to reopen schools, according to CBS13.

The media outlet added that the goal of the partnership is to relax school testing and quarantine requirements as well as ending school mask mandates.

“We’ve raised over $45,000 dollars together to make it possible to move forward with actually filing a lawsuit against the state of California to end mask mandates for all K through 12 students and address these issues of asymptomatic testing and close quarantine,” McKeeman told host Rachel Campos-Duffy.

Zachreson slammed Gov. Newsom on Sunday, calling him “a fake governor who has not listened to the science” during the coronavirus pandemic.

He said that parents don’t see the governor listening to the science and, therefore, “we feel that we have to take legal action.” 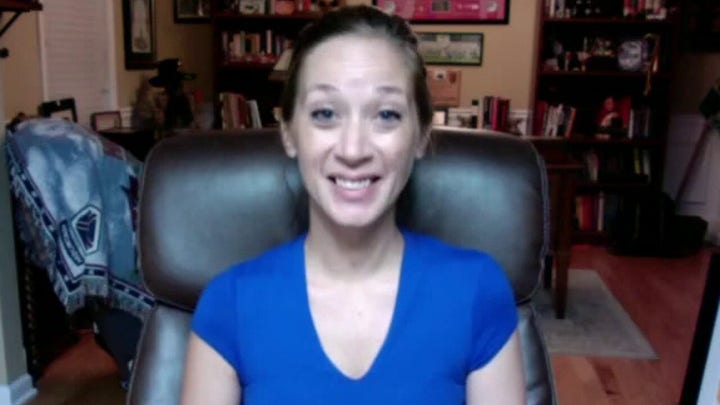 He stressed that currently, “we’re at a different stage of the pandemic.”

“Vaccines and natural immunity are all-time highs and we have data now that we haven’t had since last year,” Zachreson continued. “And so, we really need to live based on the policies of now, Summer 2021 and not fall of 2020.”

Jay Reed, a parent of two, pointed to the state constitution, arguing on Sunday that there are “diabolical opposing forces” as it pertains to quarantines.

He told “Fox & Friends Weekend” on Sunday that “there’s a lot of conflicting policies that happen.”

He explained that “You have [the] California Department of Public Health on one side and you have the state constitution on the other.”

“The state constitution requires that school districts provide in-person education to the greatest extent possible and then you have the public policy from California Department of Public Health that says if you come within close contact of someone that tested positive for COVID, you’re sent home and there’s no due process for that student, meaning that you can’t get a negative COVID test, you can’t provide an antibody test and as we saw in May when 15-year-old kids were allowed to get a vaccine, in some cases vaccines couldn’t get you back into school,” Reed went on to say. “So you’re sent home for 14 days, you can’t get back to school and if you imagine like a middle or a high schooler where you’re going from class to class, the proximity increases.”

Reed then said, “So one positive test could result in the quarantine of dozens of healthy kids and so that policy and the masking policy, they’re all just at odds with one another.”

Spokespeople for Gov. Newsom and the California Department of Health did not immediately respond to Fox News’ request for comment.