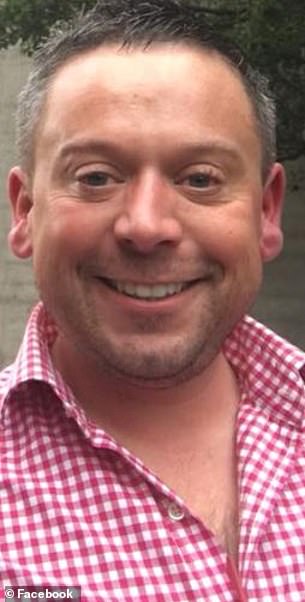 Peter Allen (pictured) has won a £175,000 payout after he was harassed by colleagues

A gay aerospace engineer has won a £175,000 payout after he was harassed by colleagues who sent homophobic emails when he came out at work.

Peter Allen, 41, was due to take over as general manager of Paradigm Precision’s UK Burnley site before things went awry.

He claims he was passed over for promotion and faced a string of homophobic incidents, including emails and ‘limp-wristed hand gestures’.

Mr Allen, who had originally enquired about adoption leave, left the company and decided to pursue legal action for harassment and unfair dismissal.

An employment tribunal last month ruled that Mr Allen had been ‘subject to harassment related to sexual orientation’ at the workplace. Judge Mark Leach claimed that Mr Allen was passed over for promotions ‘because he sought to take additional adoption leave’.

Speaking to Pink News, vindicated Mr Allen said: ‘I’d taken a leap of faith to come out at work, and all this horribleness was evolving in front of me.

‘It was almost as if my worst nightmares about coming out at work were happening.

‘I was in a whirlwind of torment. I was getting these emails that were inappropriate, there were post-it notes, all of these things were happening around this time.

‘I felt devastated, because [Paradigm Precision] weren’t backing me up’.

He continued: ‘A heterosexual couple thinking of starting a family would have just never have been in the same situation that I was.

‘I was forced to choose between whether we [he and his husband] become parents or whether I had a job, which is ultimately what it came down to.’