Cheers! Grade II-listed traditional pub that was turned into luxury four-bedroom house in award-winning conversion can be yours for £900,000

A Grade II listed former pub converted into an award-winning four-bedroom house has hit the market for £900,000.

The Princess of Wales pub in Little Abington, Cambridgeshire, was built in 1820 but closed in 1963.

Locals believe it was possibly named after Princess Alexandra of Wales, the wife of the future King Edward VII, before it then changed to the Prince of Wales.

The Grade II listed property won several awards for the latest conversion, making it a home fit for royalty. 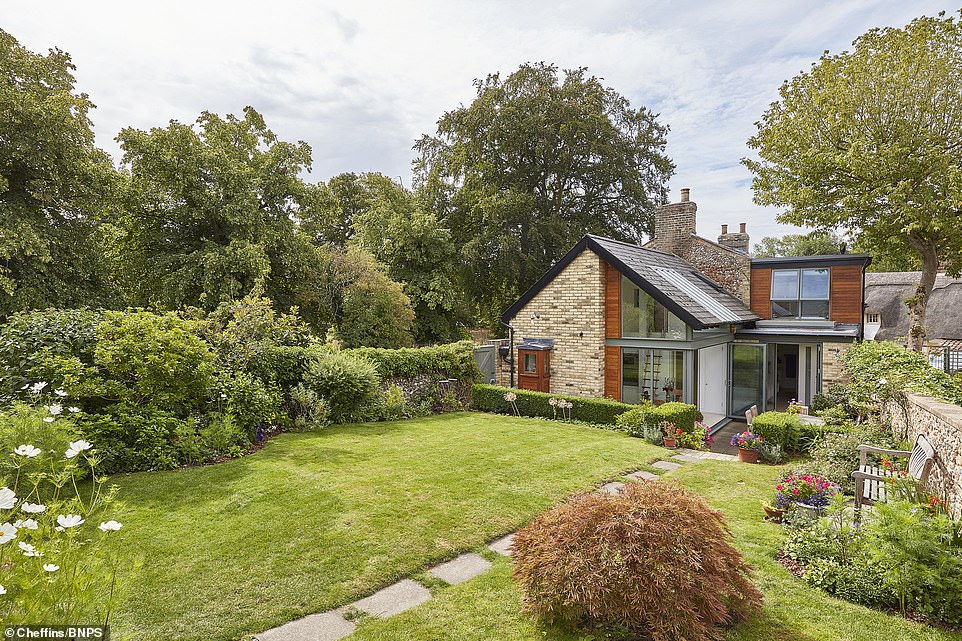 The former Princess of Wales pub served punters in the village of Little Abington, Cambridgeshire, for nearly 150 years, but is now a four-bedroom luxury home on the market for £895,000 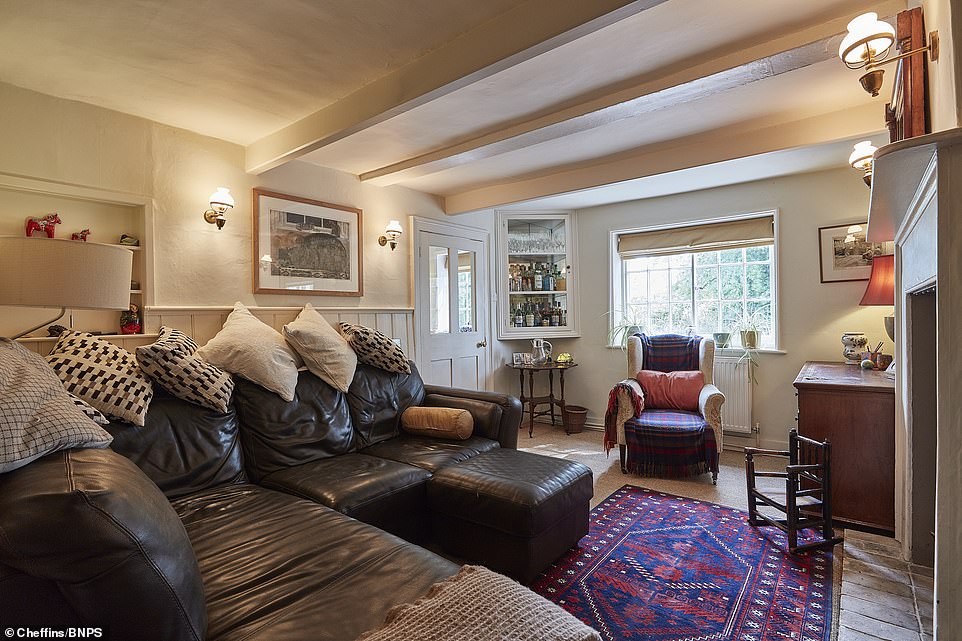 The former pub, which boasts its original fireplace, has won awards for its most recent conversion, which offers a master suite along with three other bedrooms and a family room 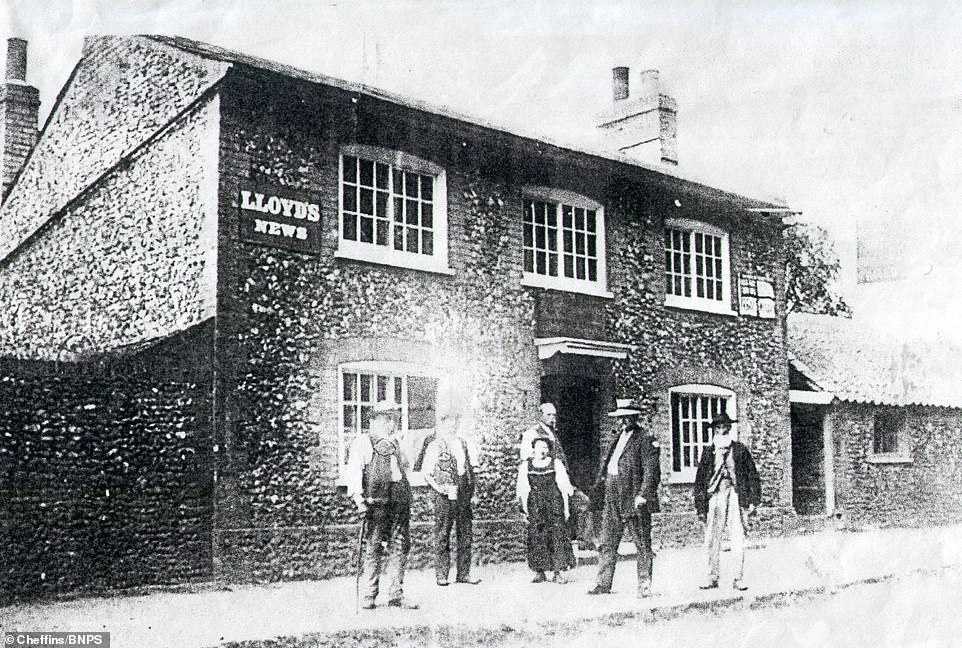 The history of the property stretches back to 1820, with the pub thought to be named after Princess Alexandra of Wales, the wife of the future King Edward VII

The conversion project won a RIBA Spirit of Ingenuity Heritage Award in 2004.

Outside, the original pub sign bracket now supports a lantern, while the sitting room also has the pub’s original fire surround and is half panelled.

A large trap-door leads down to the building’s original cellar and there is also a snug, a utility room and a boot room and cloakroom.

The cottage has a vaulted kitchen and steel ladder which leads up to a mezzanine level.

Upstairs, there is a master suite, three more bedrooms and a family bathroom.

Outside there is a private walled garden and a former cart store, which has been converted into a home office. 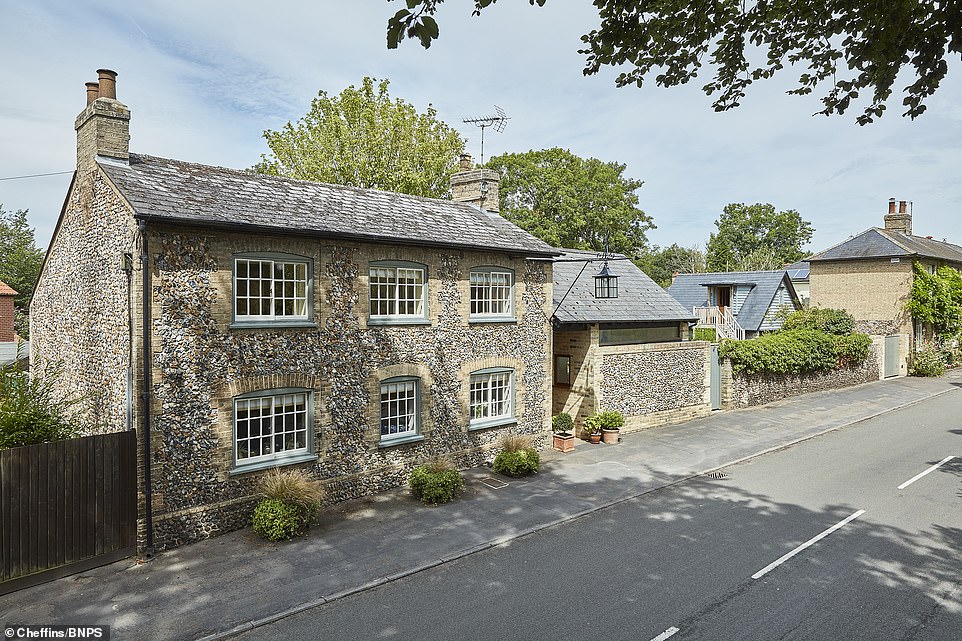 The entrance of the home is stepped back away from the main pavement along Little Abington’s High Street, with its former pub sign bracket now support a lantern 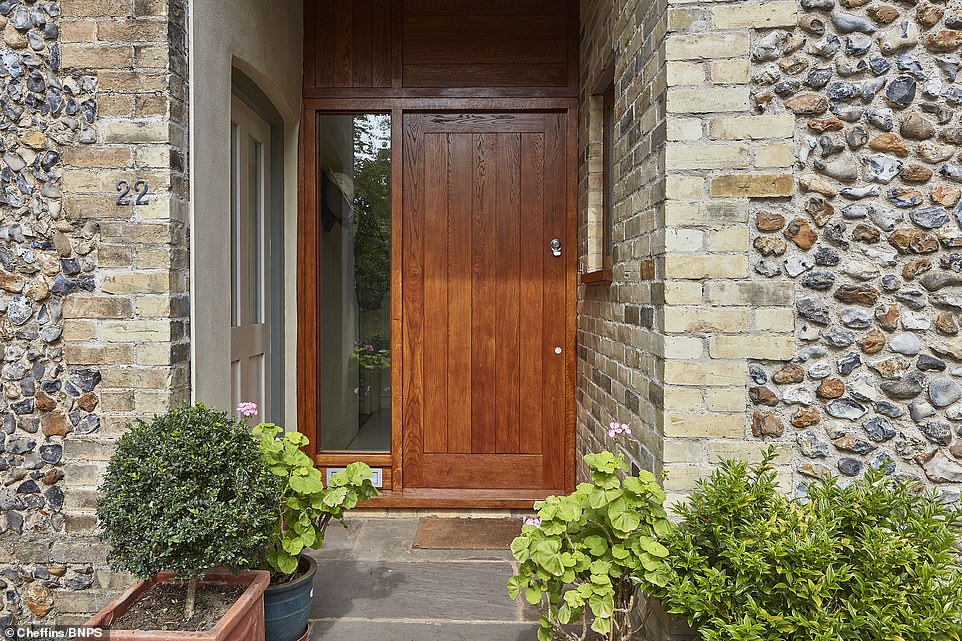 The four-bedroom house has gone on the market for £895,000 with local estate agents in Cambridgeshire, Cheffins 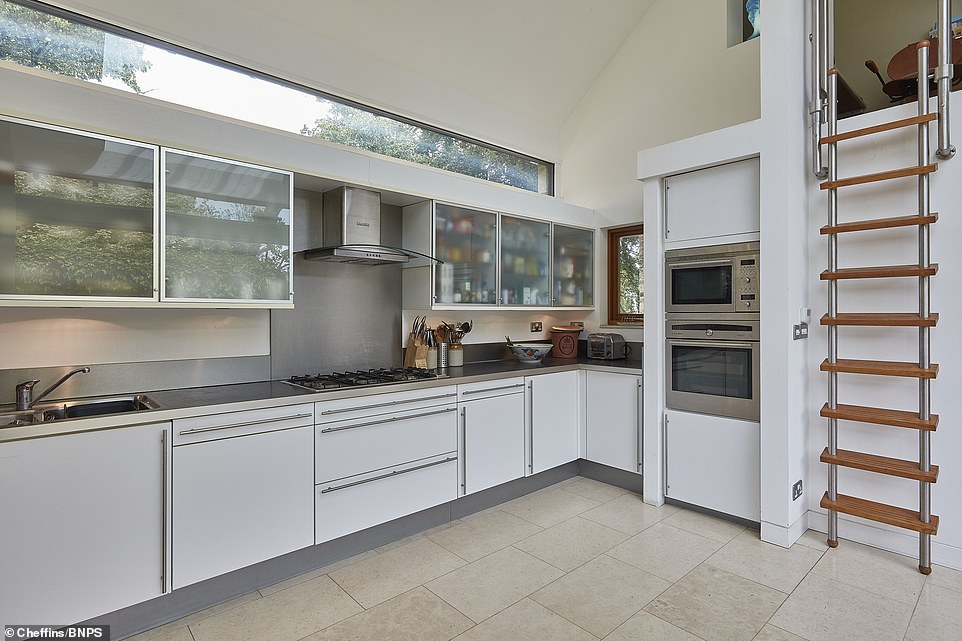 Large windows allow for plenty of light to fill the home’s vaulted kitchen, which has a steel ladder leading to a mezzanine level 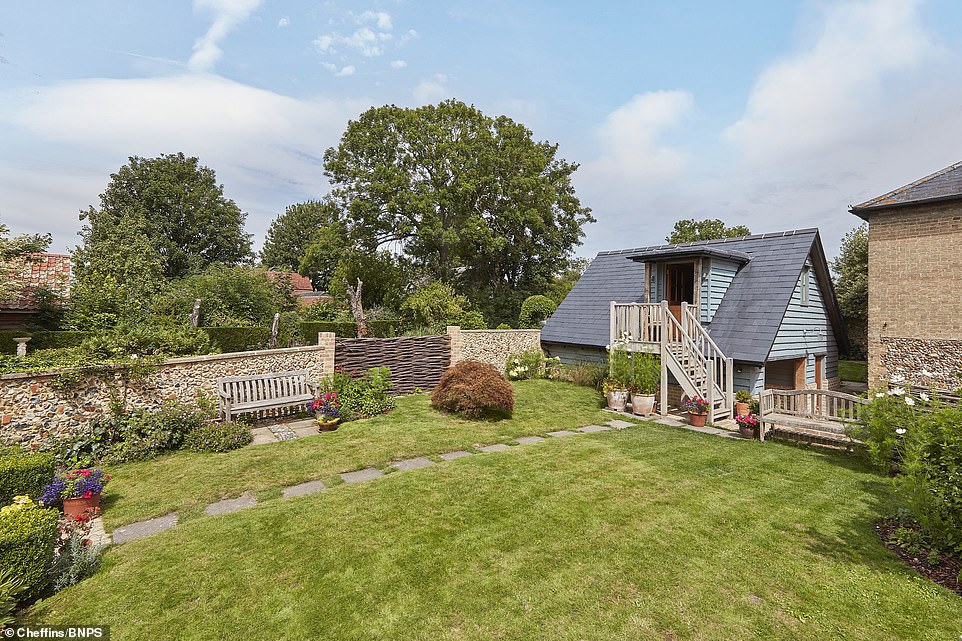 A building once used to store carts of passing visitors has been converted into a home office and private garage, with additional space for a workshop and storage, as originally intended 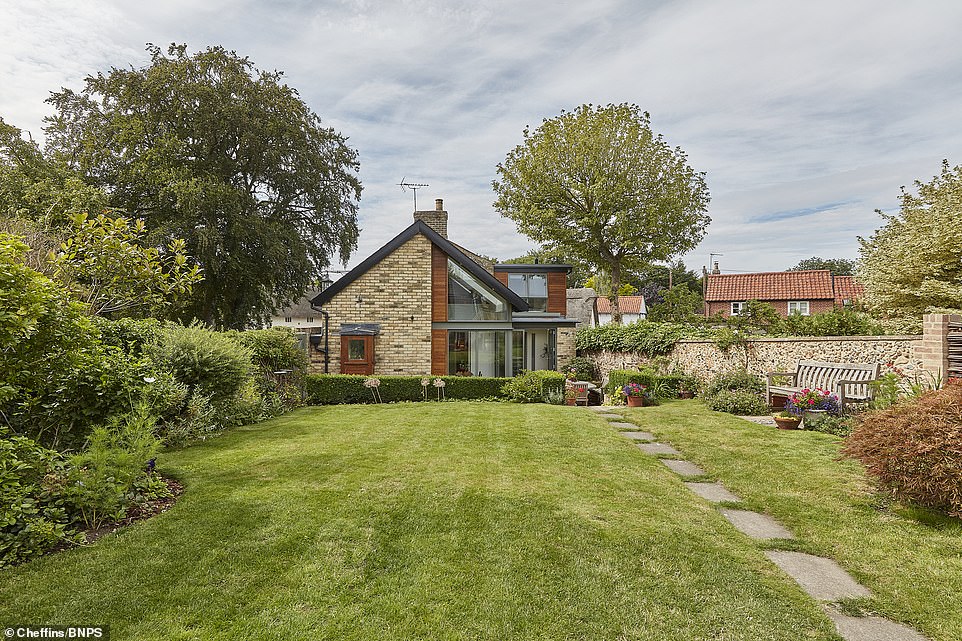 The walled garden offers an extra level of space and privacy to the historic home, set in the heart of Cambridgeshire village 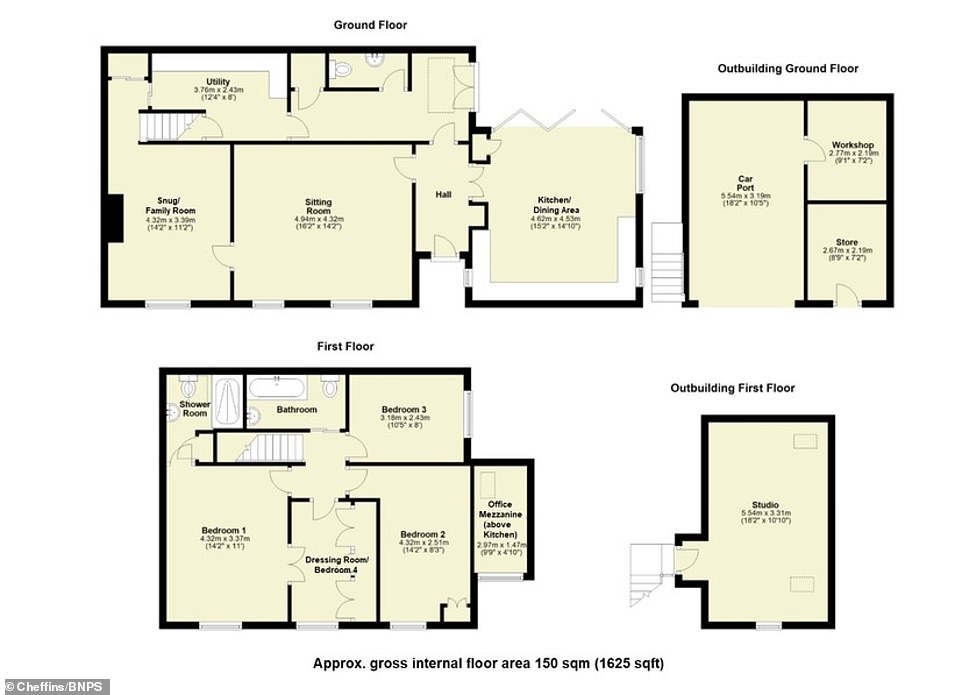 The sprawling home offers up to four bedrooms, one of which can also be used as a dressing room, while there is space for two private offices, a workshop and a sitting room 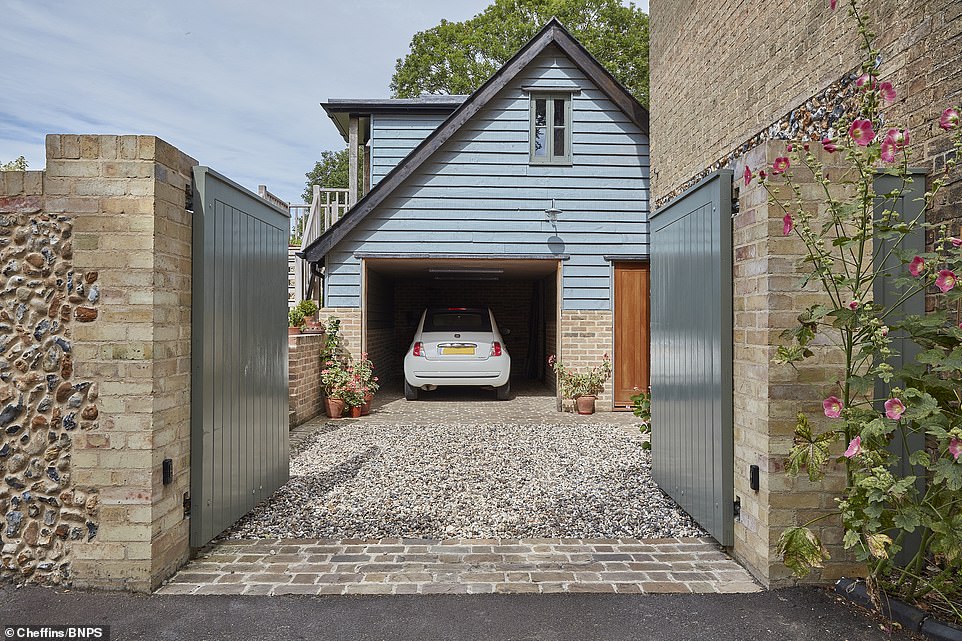 Automatic gates lead to a private garage at the rear of the property, with space above for a home office to be used for a buyer

Martyn Walshe, of Cheffins estate agents, who are selling the property, said: ‘It really is a stunning combination of old and new with everything you’d want, really.

‘It belongs to the architect who designed the extensions and who has lived there with his wife for several years before deciding to leave.

‘The family are going because he’s designed some brand-new houses which are going to be built in the village and has the desire to live in a new home that he’s designed himself.

‘The house would be ideal for a couple who were downsizing, it’s got all the accommodation you’d ever need as well as a very manageable garden.’

However, he also believes the property might suit a family who were escaping London or a lockdown in a city but who needed a home office. 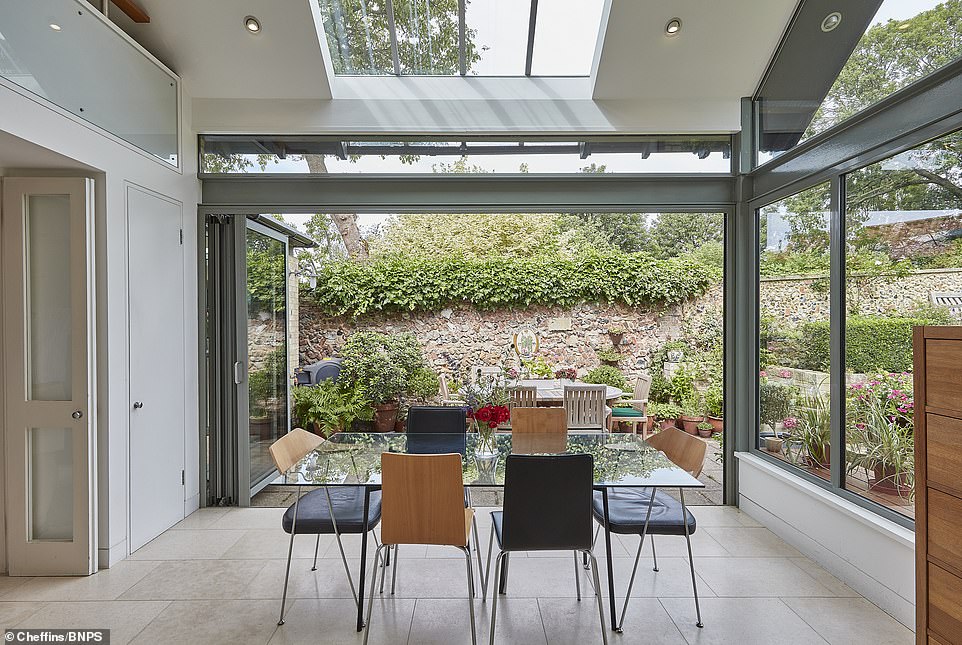 Kitchen doors open to the secluded garden at the rear of the Cambridgeshire home, with space for seating inside and out 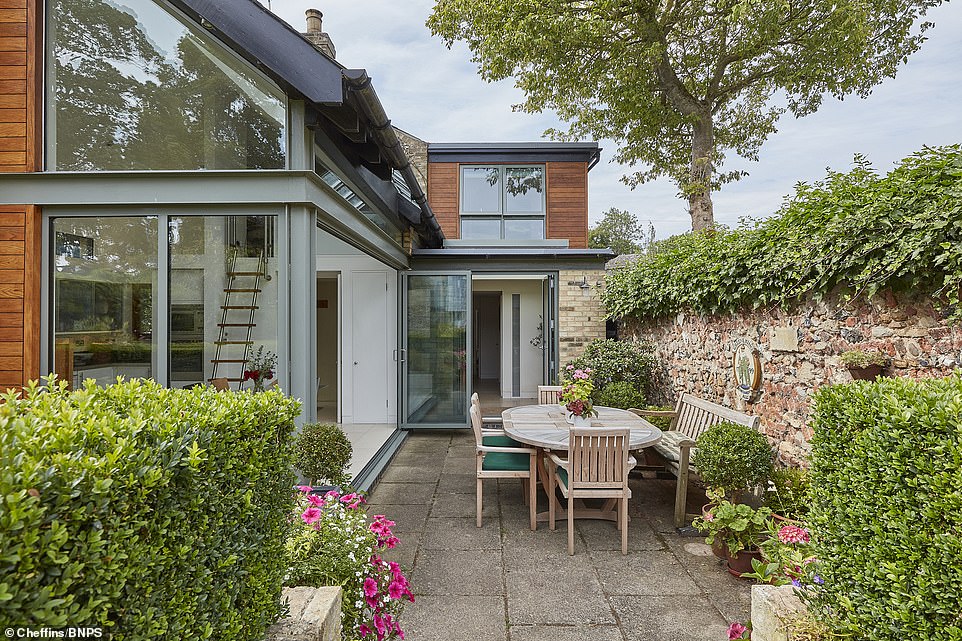 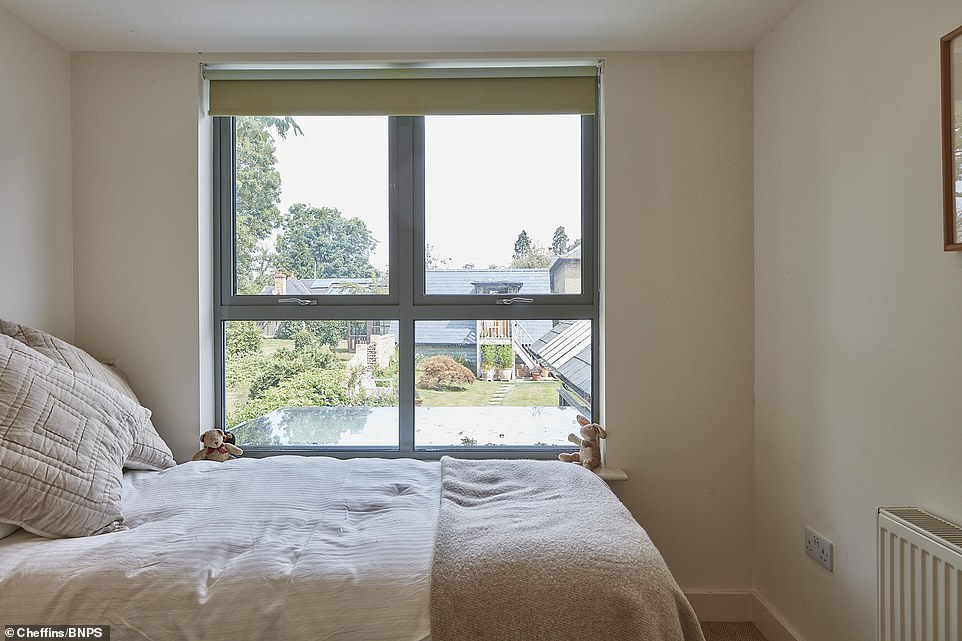 Bedrooms overlook the secluded lawn in the village of Little Abington, which dates back to the Bronze Age and has a population of around 1,300 people 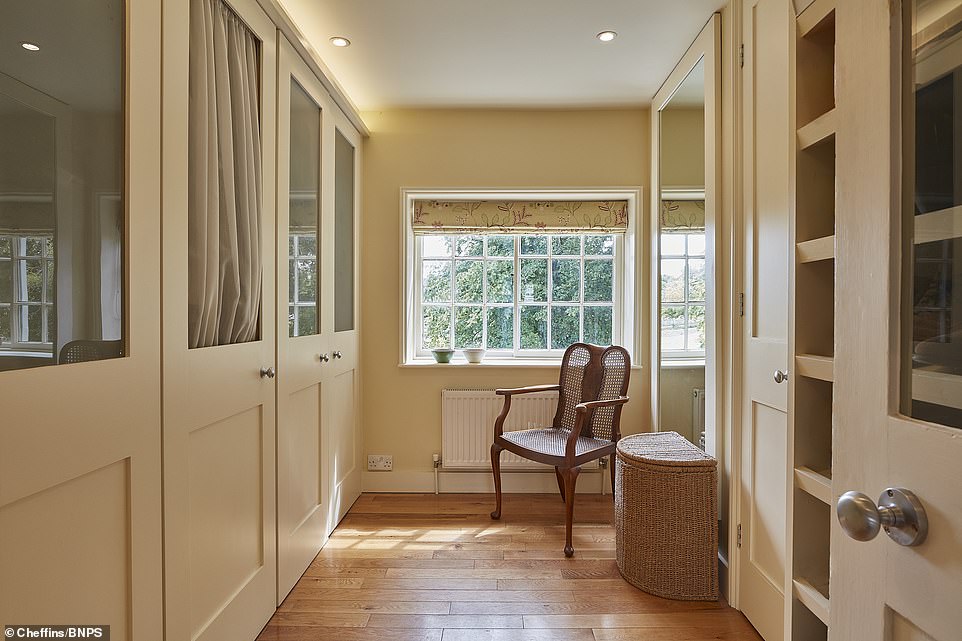 The home’s design allows for plenty of light to fill the property, which has stood for more than 200 years as of this year 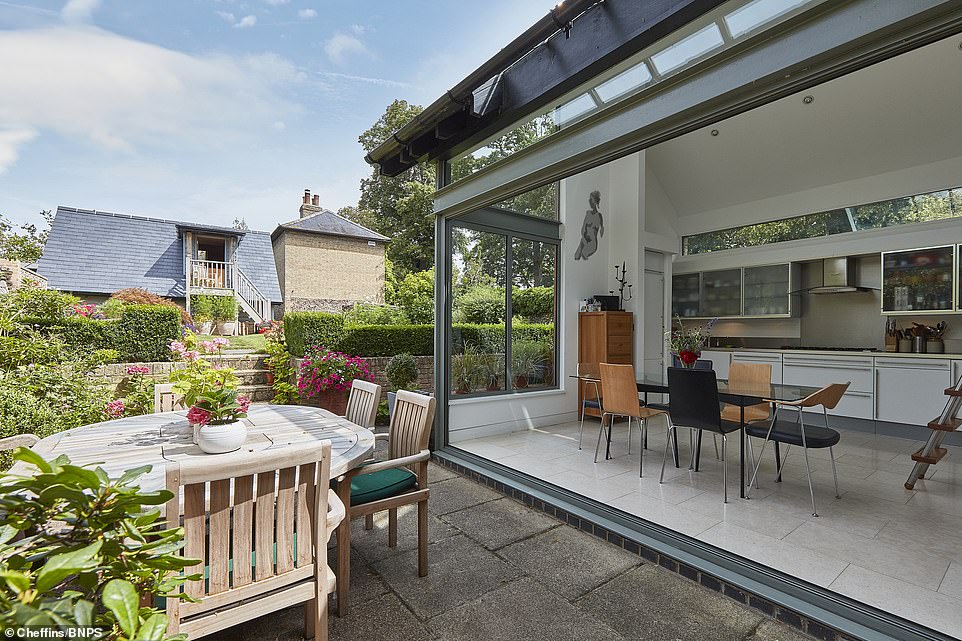 There is space for cooking and entertaining guests indoors and out, with a mezzanine available as a workspace above the kitchen, accessible by a small ladder