HILARIOUS footage shows the moment a drunk woman stumbles off the deck of a moored boat and into the water.

The incident reportedly occurred at a marina in California, and provoked howls of laughter from onlookers. 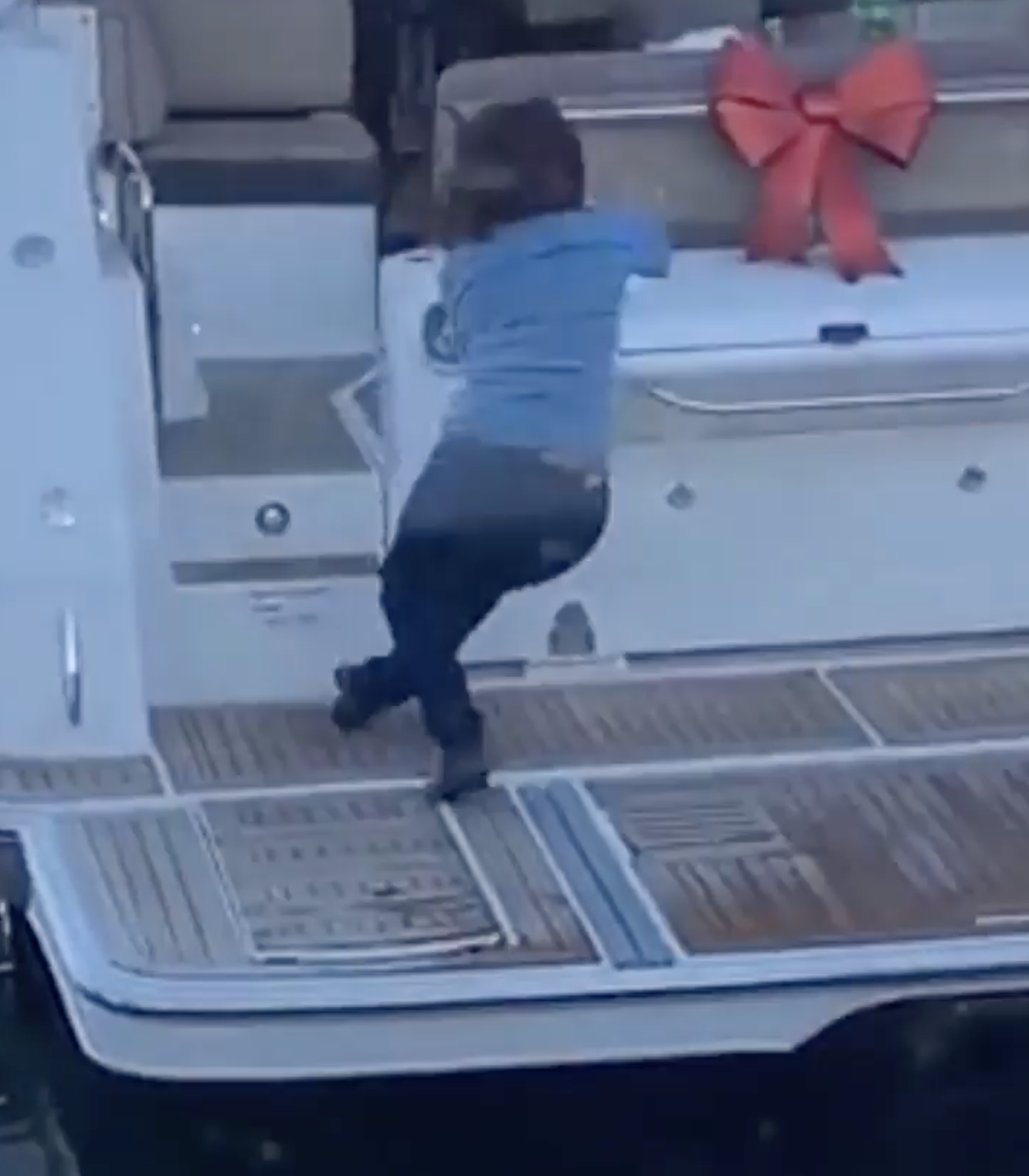 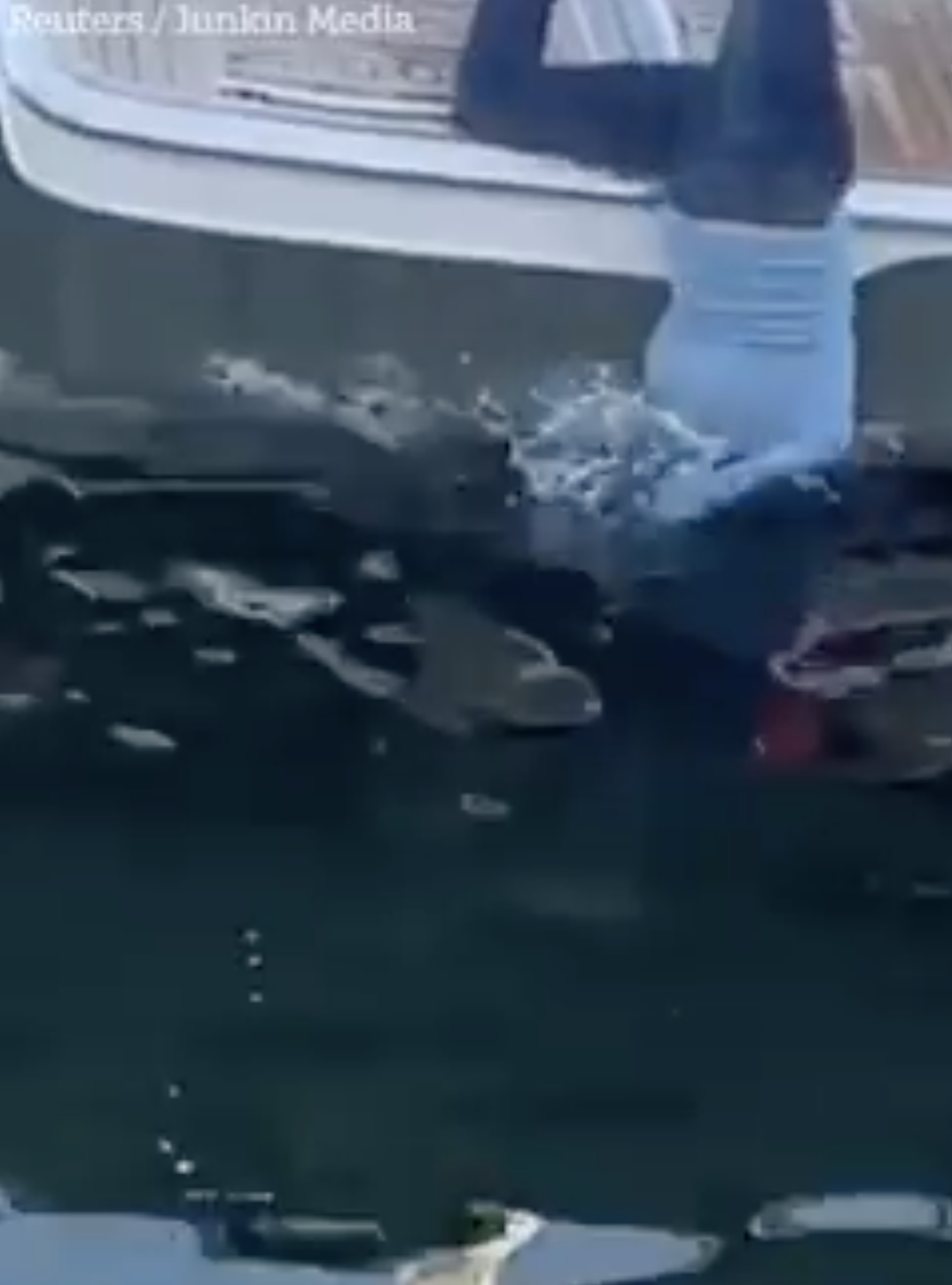 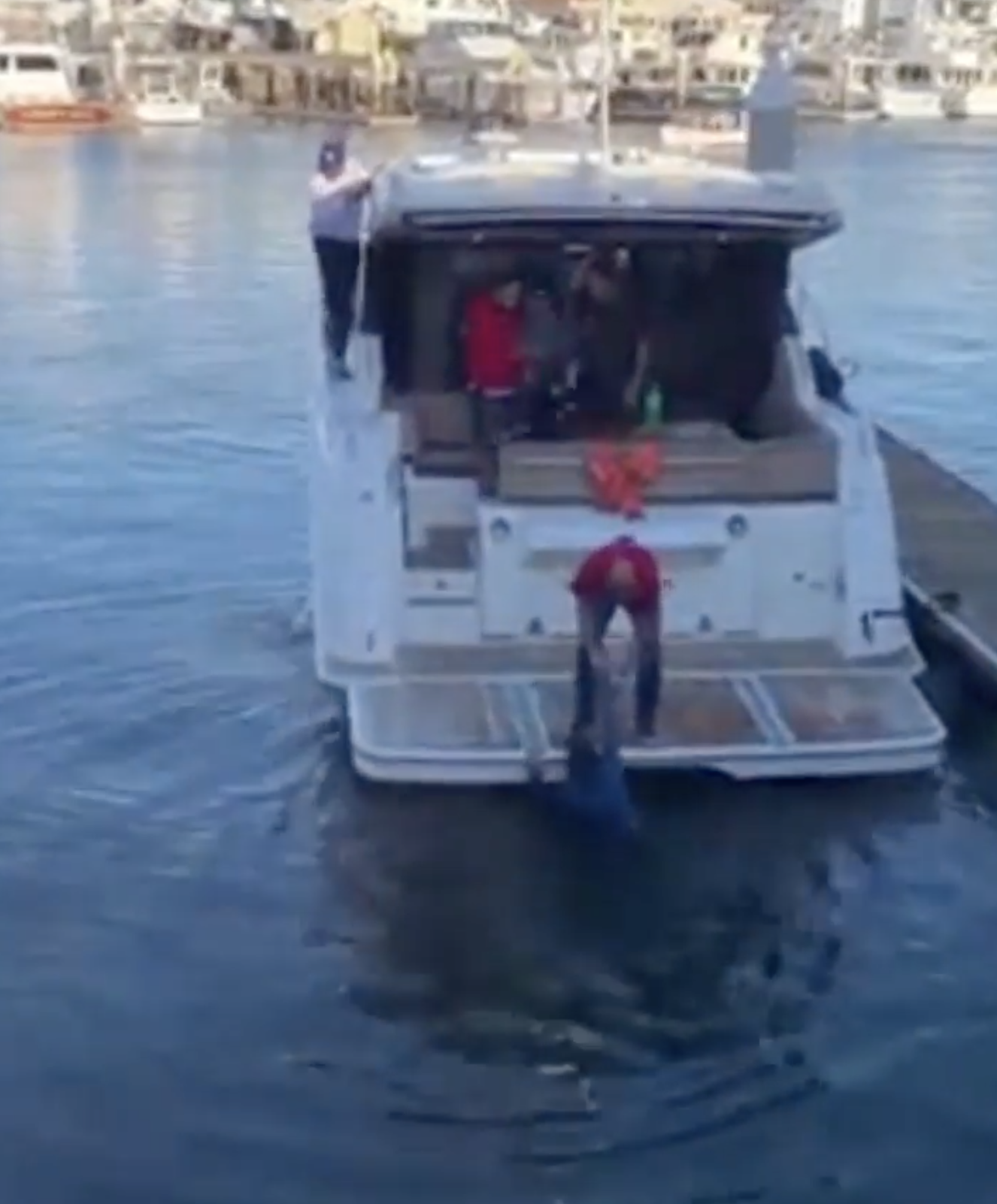 The opening of the footage shows the woman standing against a rail on a small yacht, holding onto a roof above her for balance.

Another woman behind the camera is heard saying: "Someone help her."

Another adds: "Somebody save her soul."

The woman then leans back and appears to be about to fall over the rail, but regains her balance and instead turns to walk down a small flight of stairs onto a deck at the back of the boat.

As she does, she misses the last step, and falls over onto the decking and lands on her back.

She again appears to have avoided falling overboard, but after a momentary pause slides headfirst off the back of the boat and into the water.

The women behind the camera are heard screaming, and shouting to the other people on the boat: "Your friend!"

One man is seen emerging from inside, and one of the women shouts: "Get her you idiot!"

Another man then steps onto the boat from the jetty to help the woman.

Once it's clear she is going to be rescued, the women behind the camera can be heard howling with laughter.

The woman is then pulled from the water by both arms and is sits drenched with her legs hanging over the side of the decking.

The footage was shared widely after being posted online.

One user wrote: "I bet she sobered up real fast."

"That was the most amazing slow motion fall ever," said another.

The woman's identity and the time the footage was shot are not known. 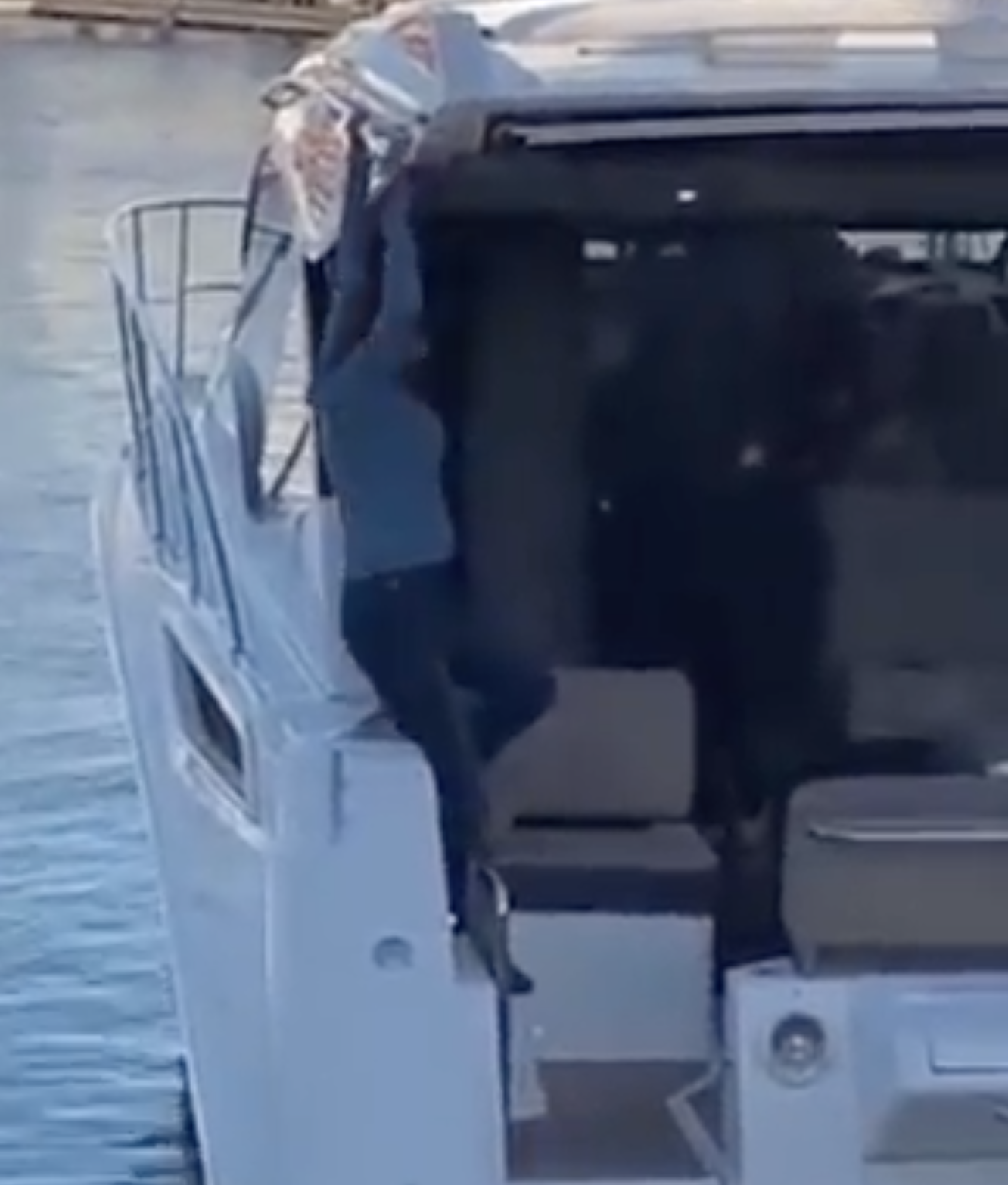