THIS is the horrifying moment a lorry driver ploughs into a stranded car as he checks Google Maps on his phone – leaving a woman with a broken spine.

Dash cam footage shows distracted driver Cary Gordon checking his phone as he drove along the A34 near Marcham in Oxfordshire. 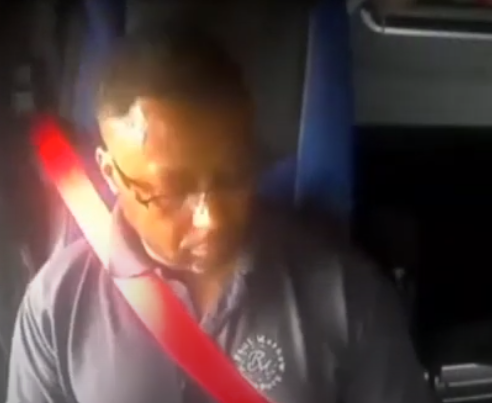 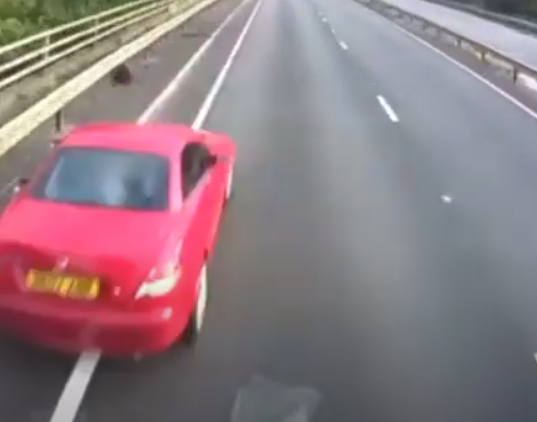 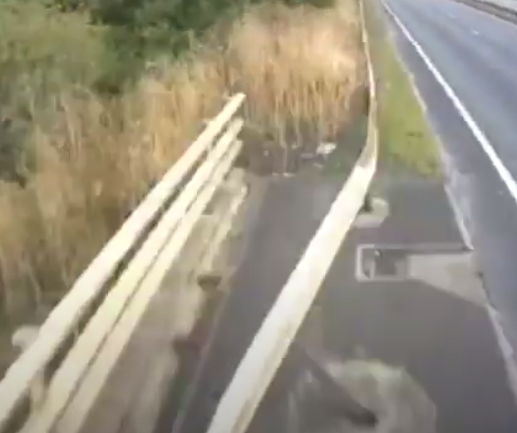 A red Mercedes is seen stranded on the side of the road seconds before Gordon's lorry hurtles into it.

The lorry thrashes beyond the car and hits the barriers at the side of the road, as trees break his speed.

Gordon, 58, from Worthing, was spared jail following the horror smash last year – eight years after he was convicted of causing death by careless driving in a separate crash.

He had already admitted to one count of dangerous driving.

At his sentencing hearing at Oxford Crown Court, prosecutor Kaj Scarsbrook said the crash took place on the A34 on August 5 last year.

Gordon was driving a HGV southbound along the A34 at around 6.30pm.

The driver of the red Mercedes (a hire car) had moved to the side of the road when her car broke down.

She had stopped near a bridge at Marcham where there was no hard shoulder and turned on her hazard lights.

She remained in the car as it was unsafe to get out.

Gordon approached from behind, checking Google Maps before smashing into her with "considerable force."

The woman was taken to hospital where she suffered a spinal fracture and other injuries.

Gordon was previously jailed in 2012 for causing death by careless driving, the court heard.

In mitigation Christopher Martin said his client – who had worked for Paul Mathew Transport – was a professional driver and was "very remorseful".

Gordon was sentenced to 14 months imprisonment, suspended for two years and must complete 150 hours of unpaid work, Oxford Mail reports.

He was disqualified from driving for two years and must pay £425 court costs and a victim surcharge.