A HUMAN smuggling boat packed with 18 illegal immigrants capsized off La Jolla beach in California this morning and sparked a rescue mission.

No one has yet been taken to hospital, according to a journalist on the scene. 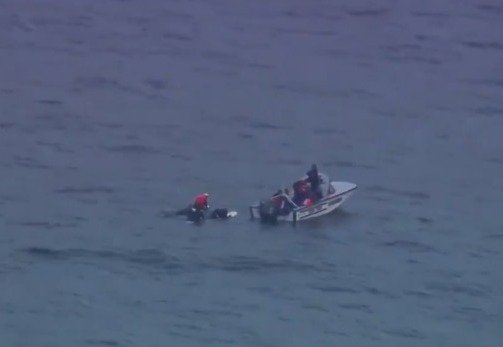 San Diego Lifeguard Chief Gartland said that there were approximately 15 to 18 people involved in the incident.

"We had a smuggling event this morning, we have coast guard on scene, customs and border control on scene," he said.

"They dropped people off in the water, then the vessel decided to come into the beach and capsized on the beach."

Gartland added that some of the travelers were wearing "flotation devices."

One person is reportedly in critical condition, according to a CBS8 reporter.