Policing the eco mob's road-blocking protests also saw some 6,651 Met officers and staff help to stifle the stunts between September 13 and November 20. 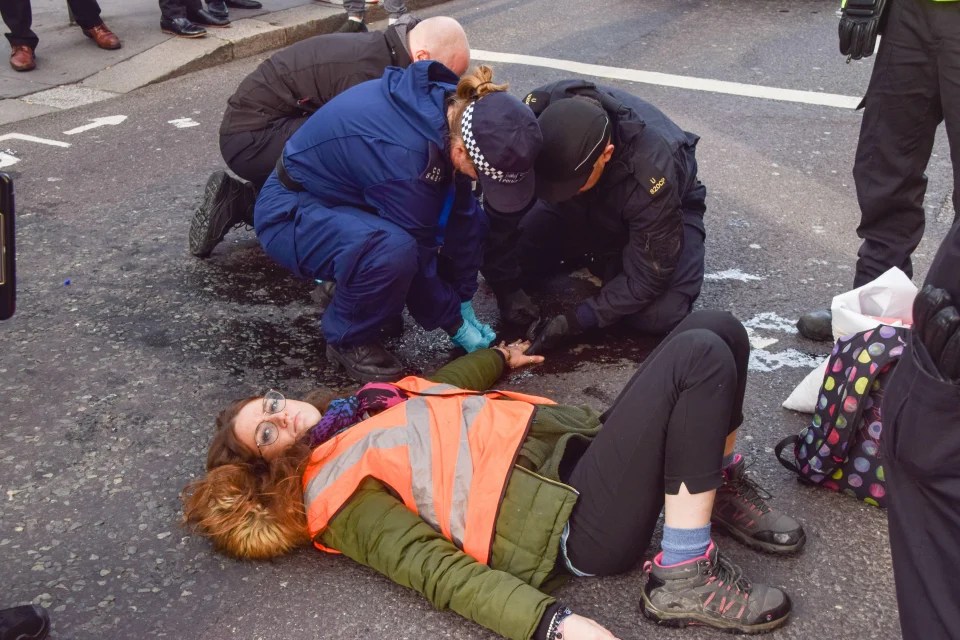 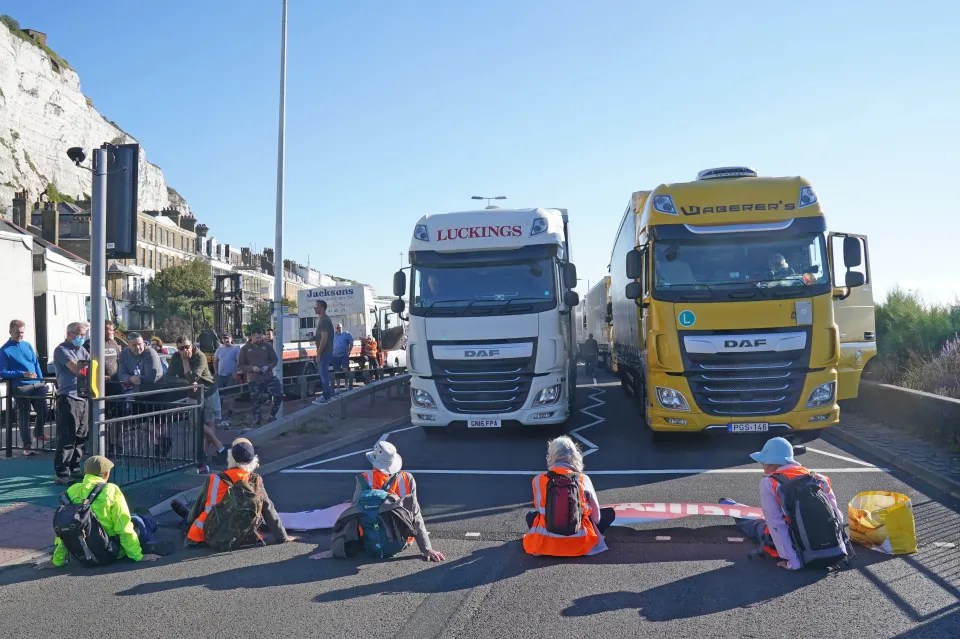 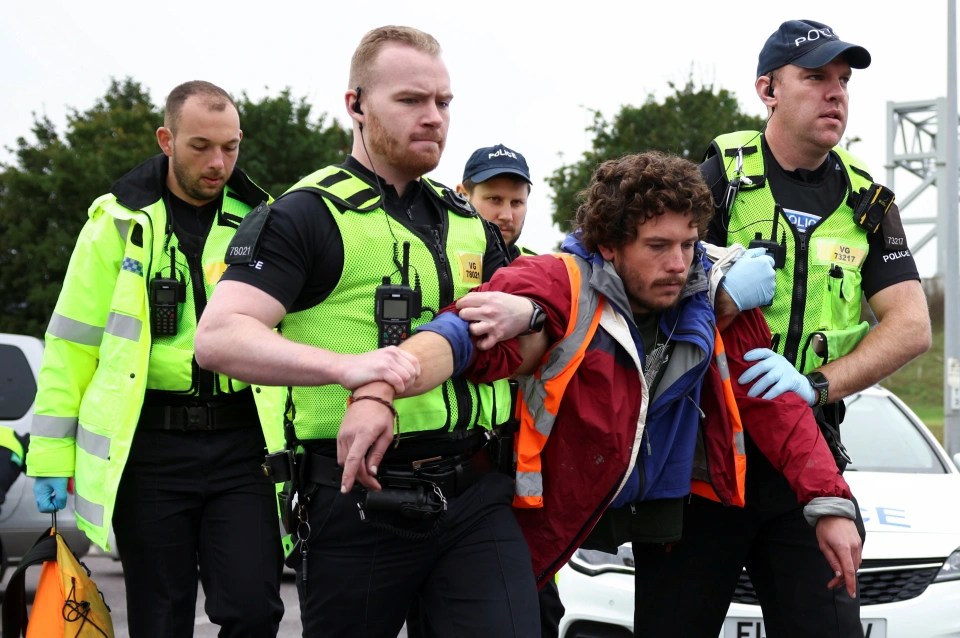 A whopping £3.1m was spent on Met Police staffing alone, while officials forked out a further £600,000 on deploying vehicles and £300,000 on overtime.

Four other forces provided figures totalling more than £300,000 but only included overtime bills, meaning the actual cost of policing protests in their areas was considerably higher.

Transport Secretary Grant Shapps said he was "appalled" by the enormous bill, which was disclosed by police forces in response to Freedom of Information requests.

Insulate Britain, an offshoot of Extinction Rebellion, wants the government to insulate all UK homes by 2030 to cut carbon emissions.

Activists often glued their hands to the road or each other to make it harder to remove them – and one even stuck their face to the tarmac.

The group frequently targeted the M25, the UK's busiest motorway, but also blocked roads in Manchester, Birmingham, London and the Port of Dover, Kent.

At one stage police officers were deployed at every junction of the M25 in an attempt to stop the group.

Tributes to 'amazing' young dad, 26, knifed to death at pub on Boxing Day

CHIP OFF THE OLD BECK

Mr Shapps said: "I am appalled at the amount of time and public money that's been spent policing the selfish actions of Insulate Britain.

"Not only did their guerrilla tactics wreak havoc on our roads and inflict misery to thousands of motorists, but they diverted our emergency services away from vital work, costing the UK taxpayer millions in the process."

Ken Marsh, chairman of the Metropolitan Police Federation, which represents rank and file officers, described the cost of policing the protests as "staggering".

He said: "Unfortunately we have to police what's put in front of us.

"It's disgusting that we're having to spend that sort of money on these protests."

Mr Marsh described responding to the demonstrations on 70mph motorways as "some of the most dangerous things my colleagues have had to do".

Police made hundreds of arrests, but many suspects returned to the roads just hours after being released from custody.

This led to Government-owned National Highways applying to the High Court for injunctions to ban protests on motorways and major A roads in England.

It cost just under £220,000 to obtain the first three injunctions with lawyers from National Highways, Government Legal Department (GLD) and DLA Piper (counsel engaged on behalf of GLD) advising on them.

Ten Insulate Britain supporters have been jailed for breaching the injunctions so far, with prison sentences ranging from two to six months.

Mr Shapps said: "We will continue to act against this lawless behaviour while the Government gets on with tackling climate change."

The Cabinet minister is working with Home Secretary Priti Patel to include clauses in the Police, Crime, Sentencing and Courts Bill aimed at ensuring there are tougher penalties for interfering with key infrastructure such as major roads.

Insulate Britain spokeswoman Tracey Mallaghan said the group would "much rather money was being spent on insulating homes and helping get people out of fuel poverty".

But she believes their actions have made home insulation "something people are talking about".

Asked why they blocked roads rather than conducted legal protests, she replied: "When we went to Parliament as Insulate Britain, that just didn't get the same amount of [media] coverage.

"It seems the only way we can get air time is by annoying enough ordinary people."

I am appalled at the amount of time and public money that's been spent policing the selfish actions of Insulate Britain.

She added: "I just can't look my children in the face and say 'this problem is too big, we're not going to do anything'.

"Our Government has proved time and time again they're not doing what is necessary for our children, for the future. So how can we stop?"

The group wanted to get the public on side but instead sparked fury.

Brits were left unable to get to work, take their children to school, drop their elderly relatives to hospital for cancer treatment, and even collect insulation materials.

One motorist got so fed up of the delays he squirted ink in the faces of the eco-zealots. 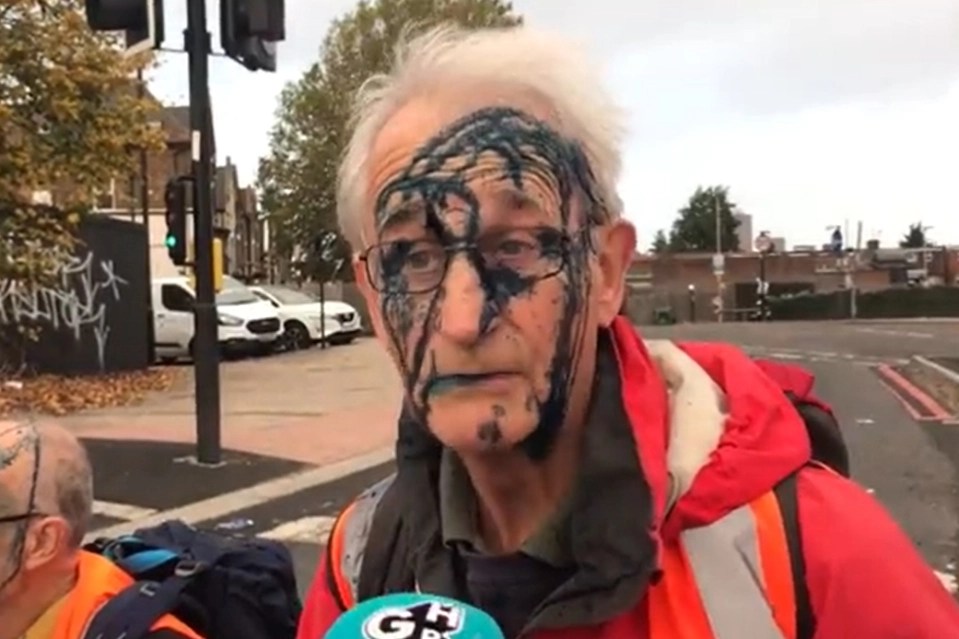 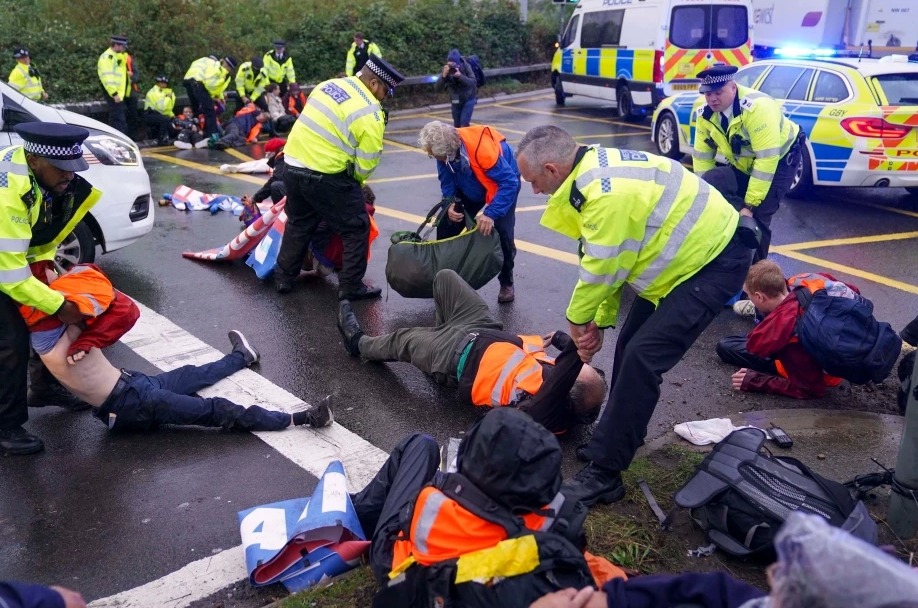 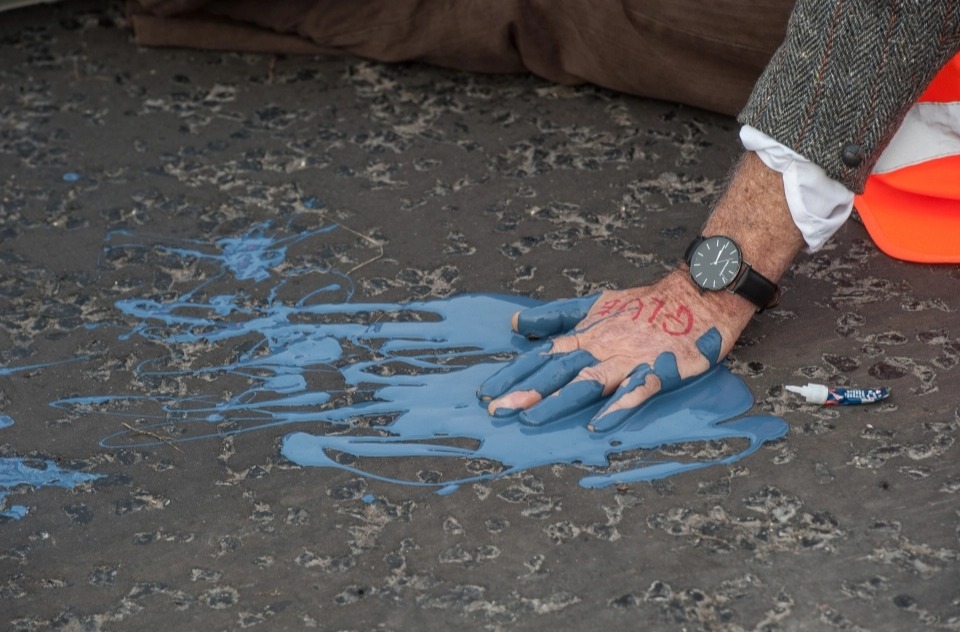 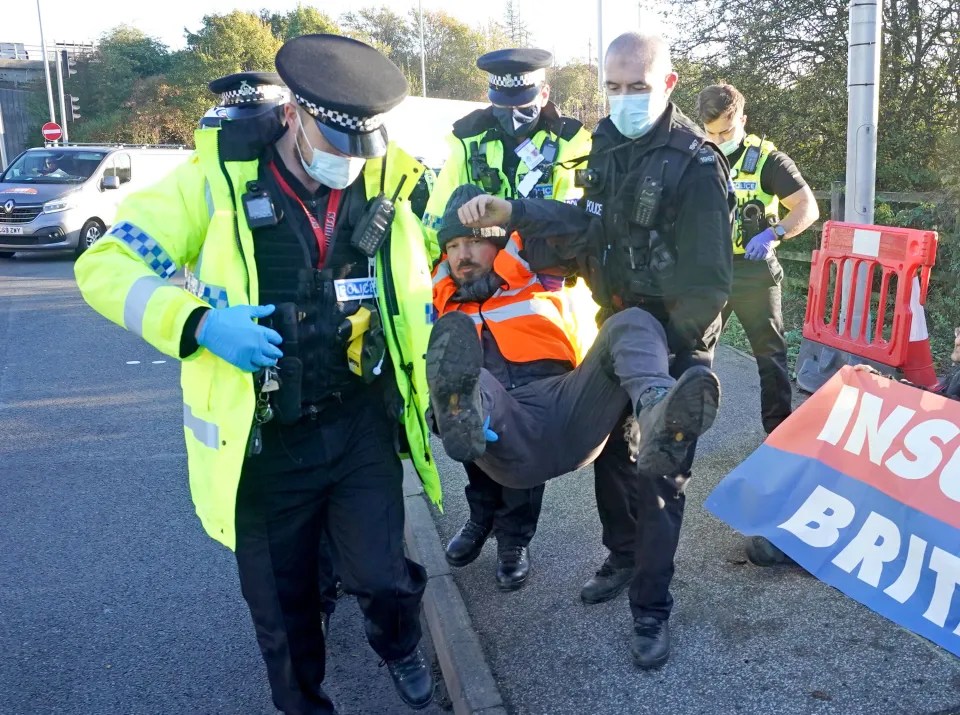 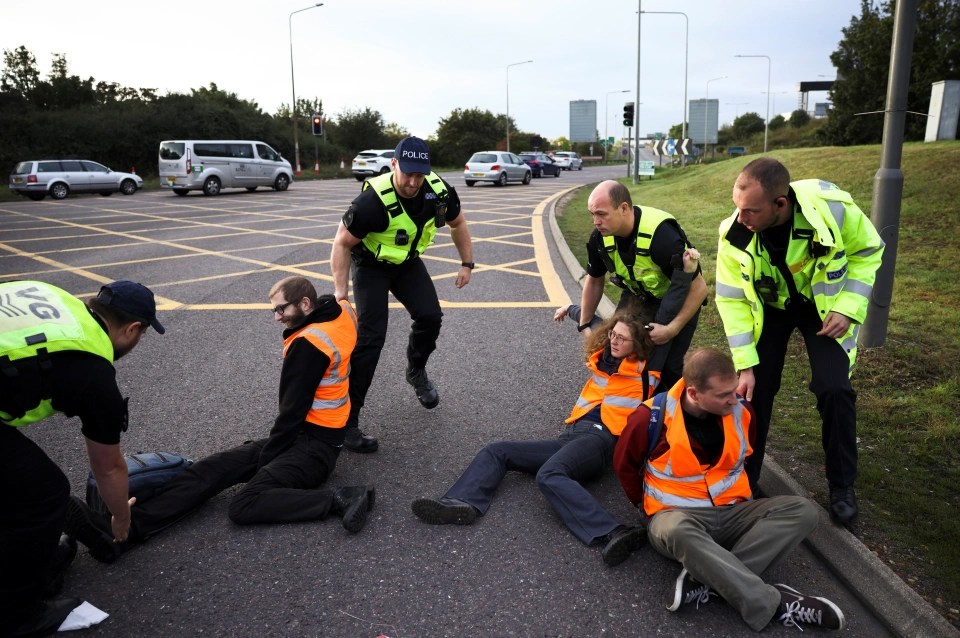 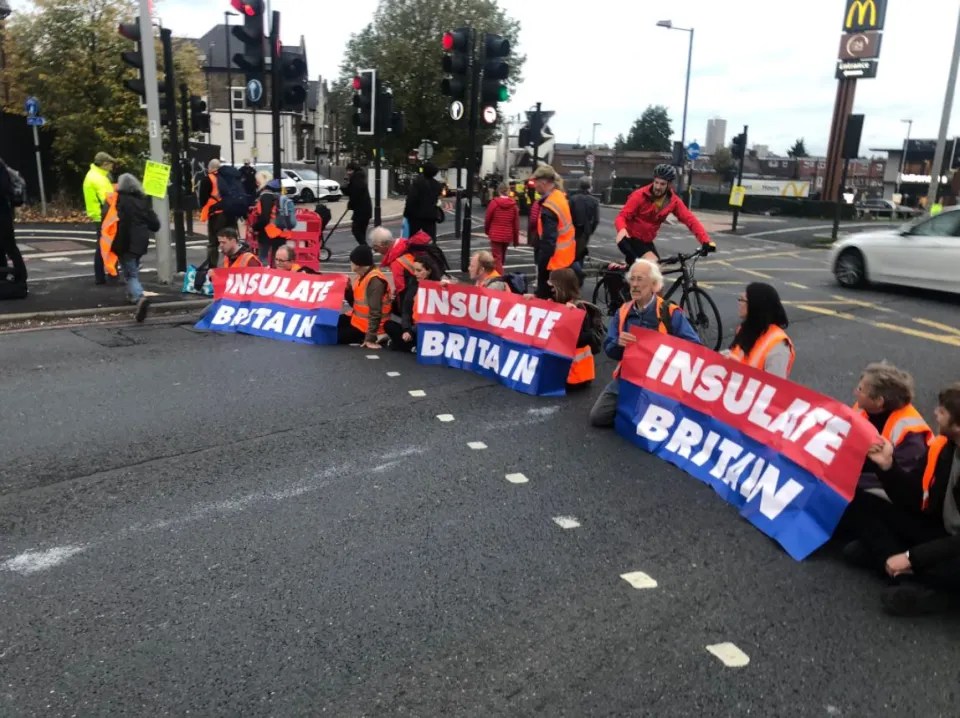 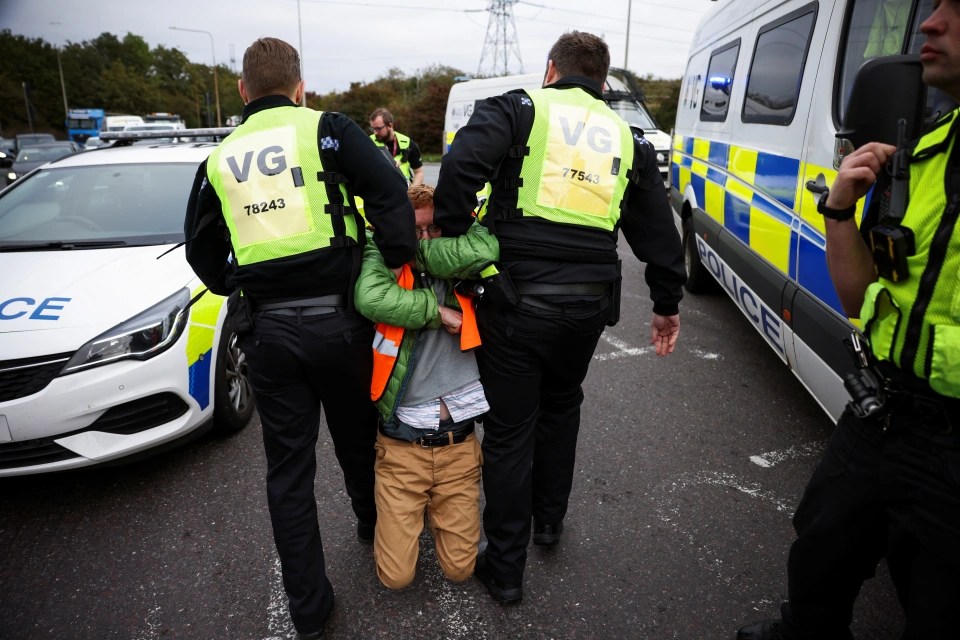