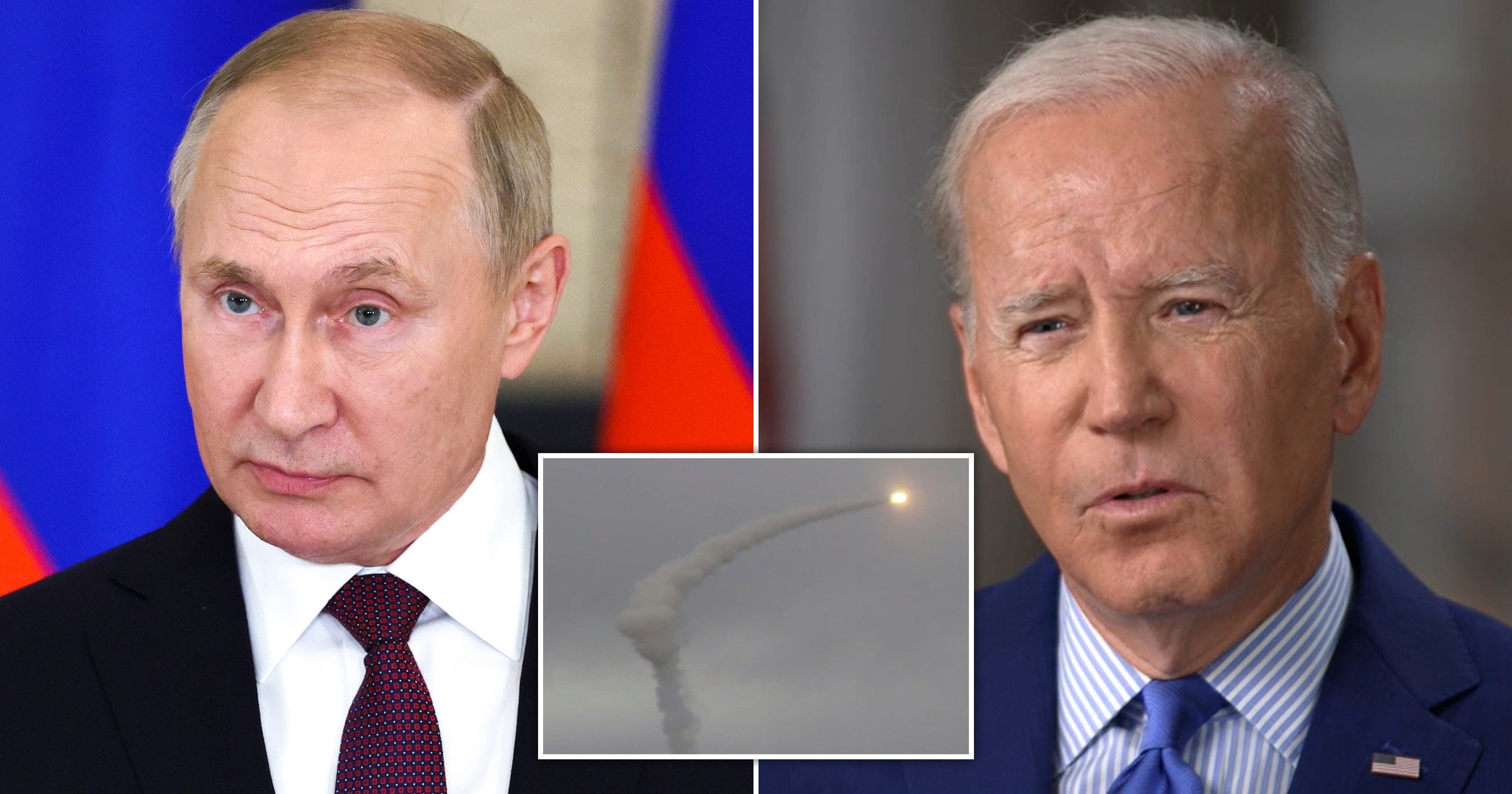 Joe Biden has implored Vladimir Putin not to use chemical or tactical nuclear weapons during his invasion of Ukraine.

The US President said doing so ‘would change the face of war unlike anything since World War II’.

During an interview in the White House, CBS’ 60 Minutes correspondent Scott Pelley said Putin was ‘becoming embarrassed and pushed into a corner’ following a sting of military defeats.

Asked what he would say to his Russian counterpart were he to consider deploying weapons of mass destruction, Mr Biden replied: ‘Don’t, don’t, don’t.’

He went on to warn that using such weapons would be ‘consequential’, saying: ‘They’ll become more of a pariah in the world than they ever have been.

‘And depending on the extent of what they do will determine what response would occur.’

Russian forces suffered a stunning reversal this month after Ukrainian troops clawed back more than 3,000 sq miles of territory in the northeastern Kharkiv region.

Putin’s perceived humiliation was driven home by the sight of Ukrainian President Volodymyr Zelensky greeting soldiers in the recently reclaimed city of Izyum.

The Russian president brushed off the lightning counter-offensive with a sinister smile on Friday.

Speaking after a summit of the Shanghai Cooperation Organisation in the Uzbek city of Samarkand, Putin said he was in no hurry in Ukraine.

He said: ‘The Kiev authorities announced that they have launched and are conducting an active counter-offensive operation.

Russia hit Ukrainian infrastructure in response – including a reservoir dam and electricity supplies – and Putin said those attacks could get worse.

He said: ‘Recently, the Russian armed forces have inflicted a couple of sensitive blows. Let’s assume they’re a warning.

‘If the situation continues to develop like this, then the response will be more serious.’

Asked if what he calls the ‘special military operation’ needed correction, he said: ‘The plan is not subject to adjustment.

‘The General Staff considers one thing important, another thing secondary – but the main task remains unchanged, and it is being implemented.

‘The main goal is the liberation of the entire territory of Donbas.’