JOHN le Carré's thrillers are some of the greatest spy stories ever told – but they're nothing compared to his real-life biography.

The master novelist passed away aged 89 in Cornwall from pneumonia on Saturday after a short illness – the end of a truly remarkable life in British intelligence, Cold War espionage, and worldwide celebrity. 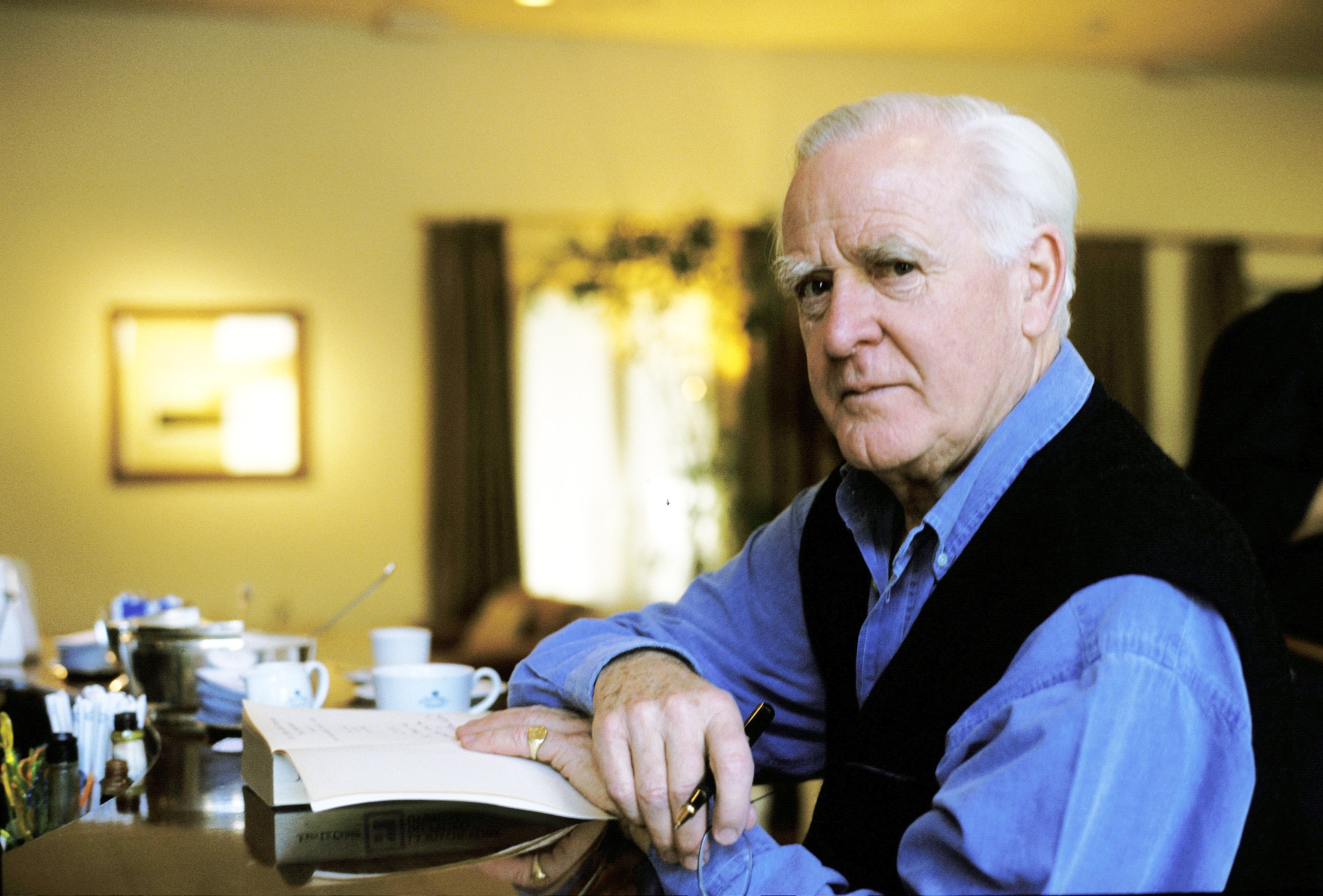 Le Carré, real name David Cornwell, was thrust into a secretive world from an early age as the son of a conman who had links with the Kray gangster family.

And his extraordinary literary career only began after he was betrayed in one of the most infamous spying scandals of the twentieth century.

John le Carré was an undisputed giant of English literature

But he had a wealth of experience to go on after hunting Soviet agents with MI5 at Oxford before being sent overseas with MI6 at the height of the Cold War.

"He defined the Cold War era and fearlessly spoke truth to power in the decades that followed."

'I became a little spy'

Long before David was interrogating undercover operatives, he was introduced to the world of secret lives through his father, Ronnie.

David was born in Poole, Dorset, in 1931 – his mother abandoned the family when he was young, with David not meeting her again until he was 21, leaving Ronnie to raise the family. 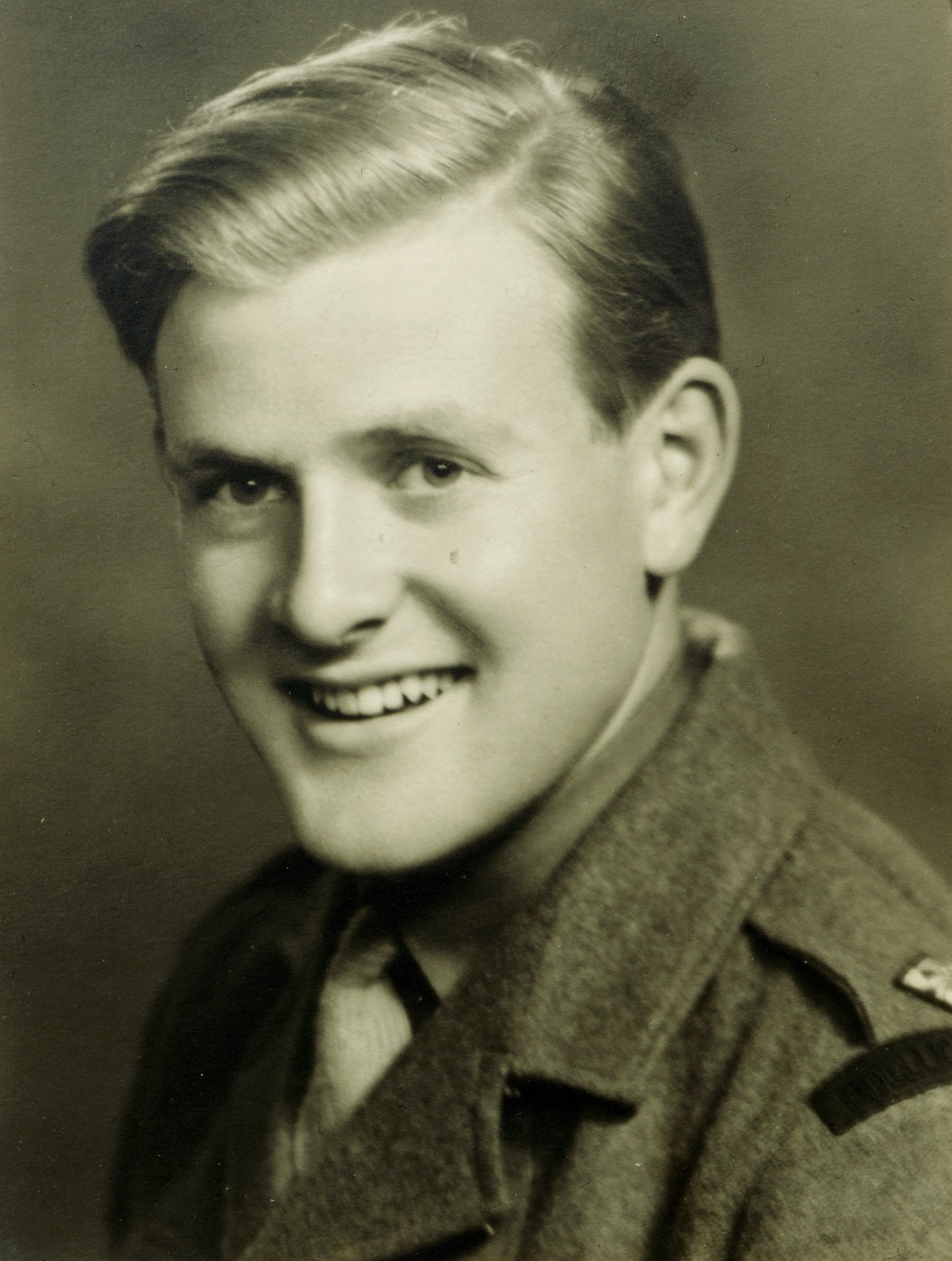 Ronnie was a notorious conman and womaniser who spent time imprisoned in different parts of the world for his shady financial schemes which included forgery and fraud.

And Ronnie would even use David and his other kids to help in his lies to keep out of trouble.

“I became a little spy,” David said, The Times reports.

"You either spied on him or for him.” 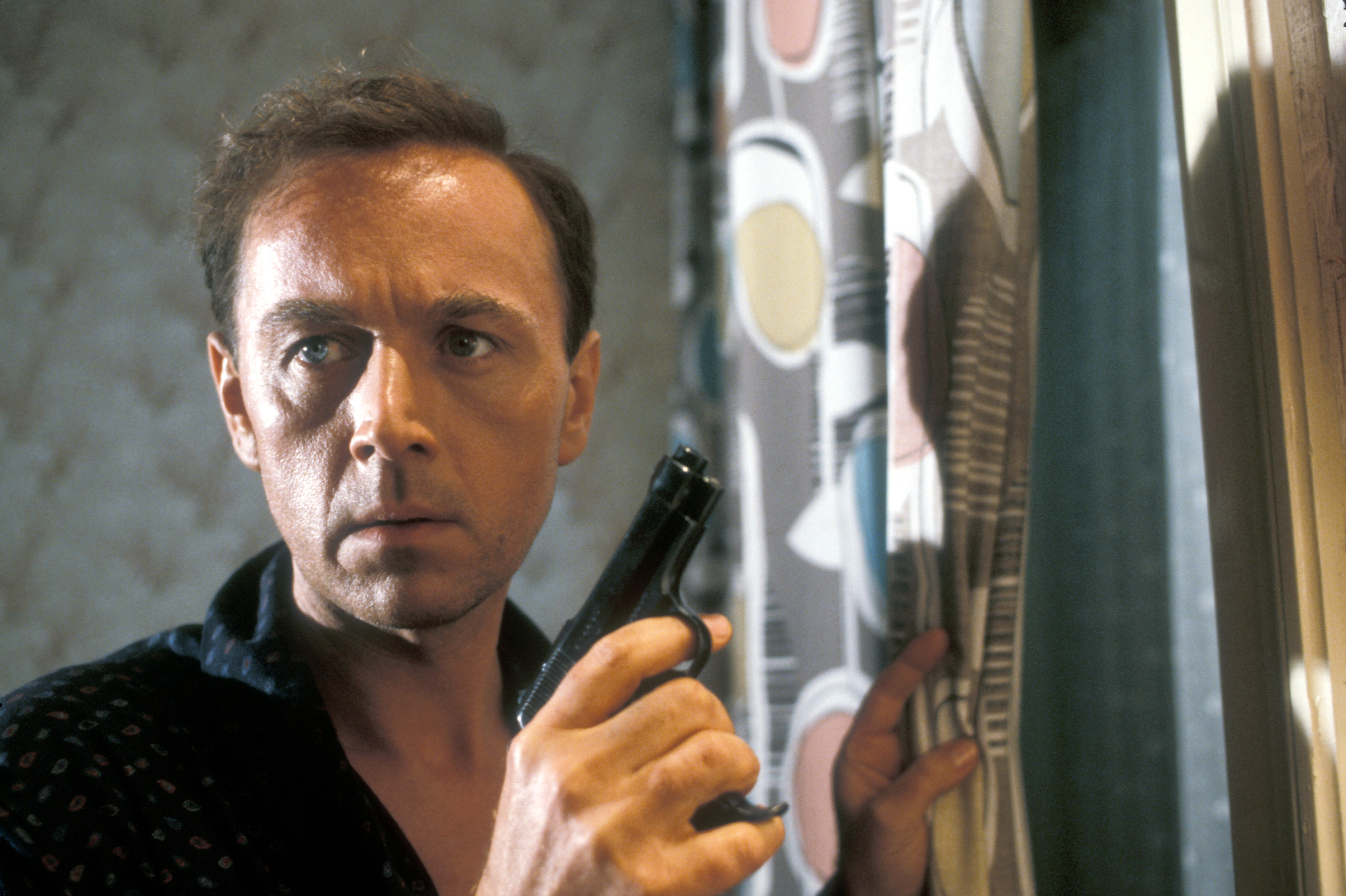 Ronnie, who passed away in 1975, shamelessly even sometimes pretended to be his son once David became a famous writer, and he was known to have kept some interesting associates.

"When my half sister Charlotte was playing in a film about a notorious gangland family in East London called the Kray brothers, she consulted the eldest brother, Charlie, in order to collect material for the part," David wrote in the New Yorker.

"Over a nice cup of tea, Charlie Kray dug out the family photo album, and there was Ronnie with an arm round the two younger brothers."

It wasn't long before David was entering his own shadowy world of secrets and cover stories.

He left school at 16 and travelled to Bern University in Switzerland to study foreign languages and just two years later, in 1950, he joined the Intelligence Corps of the British Army. 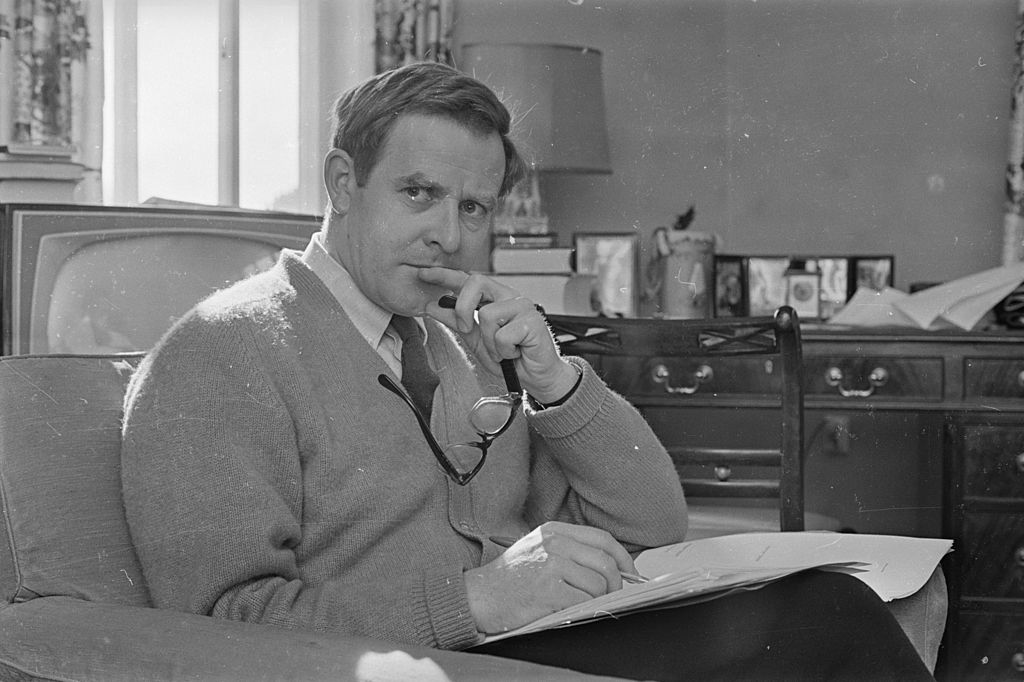 Stationed in Austria, he worked with agents crossing the Iron Curtain into Eastern Europe and interrogated escapees from the east.

He returned to the UK in 1952 to study modern languages at Lincoln College, Oxford, which allowed him to go on to teach French and German at Eton for a couple of years.

But even while at Oxford, he worked with MI5 by joining radical left-wing groups in a bid to identify Soviet spies.

It was a formative experience which, after leaving Eton after two years, led him to join MI5 as a full-time agent in 1958. 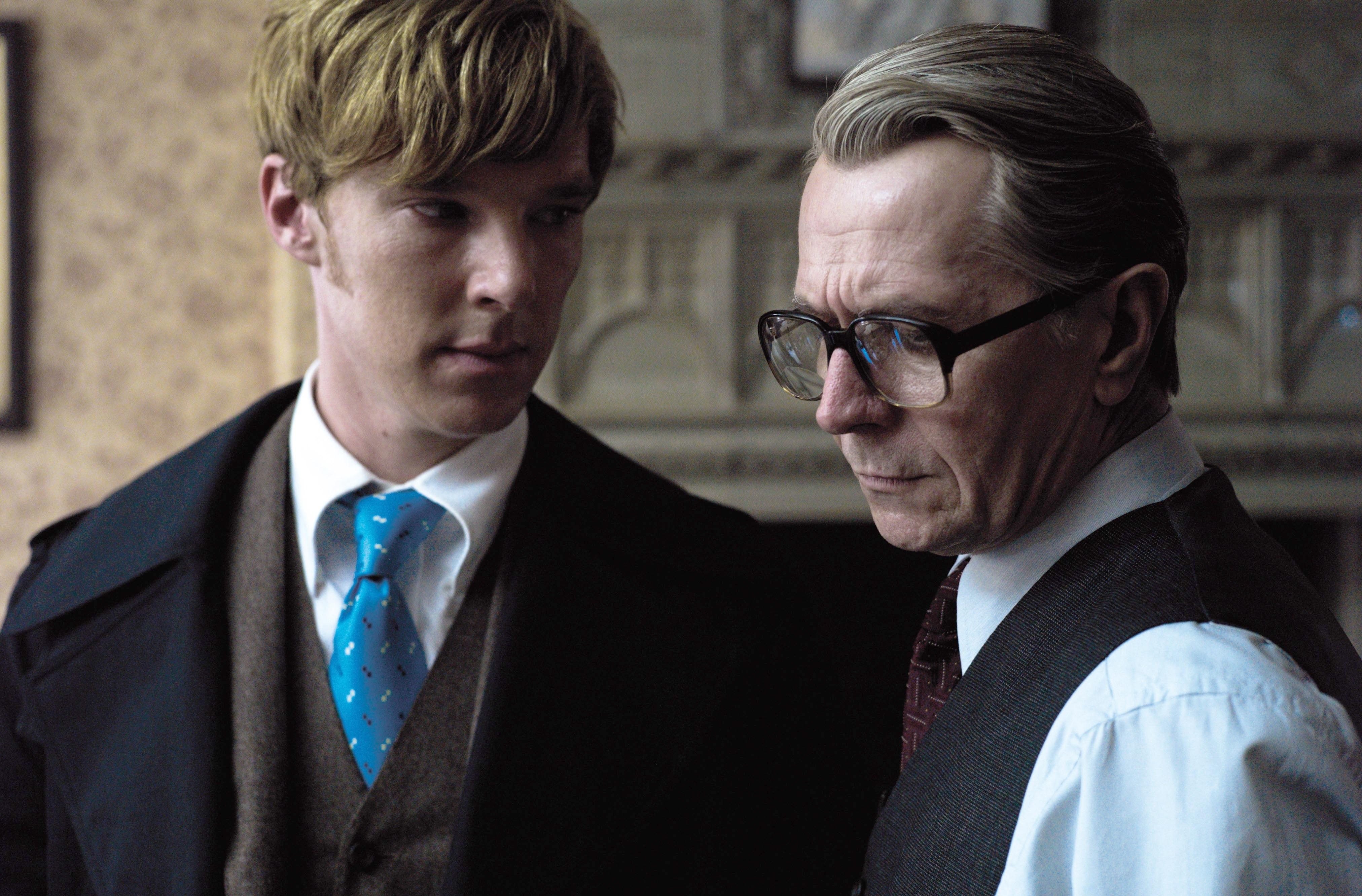 And in 1960, David transferred to MI6, the foreign intelligence service, where he was sent to Germany posing as a diplomat.

But his espionage career was cut short by the exposure of Kim Philby, a British intelligence officer, as a double-agent for the Soviet Union.

Philby was thought to have been the most successful of the Cambridge Spy Ring in giving information to the Russians, and his scandalous identification as a traitor sent shockwaves through the British intelligence community.

With undercover agents across Europe compromised by Philby's leaks, David left work as an intelligence officer to write full time in 1964.

Another motivating factor in his departure from spying was the success of his third novel, The Spy Who Came in from the Cold (1963).

Written while still working in intelligence, it became an international best-seller and was thought by some critics to be a fictionalised retelling of real events. 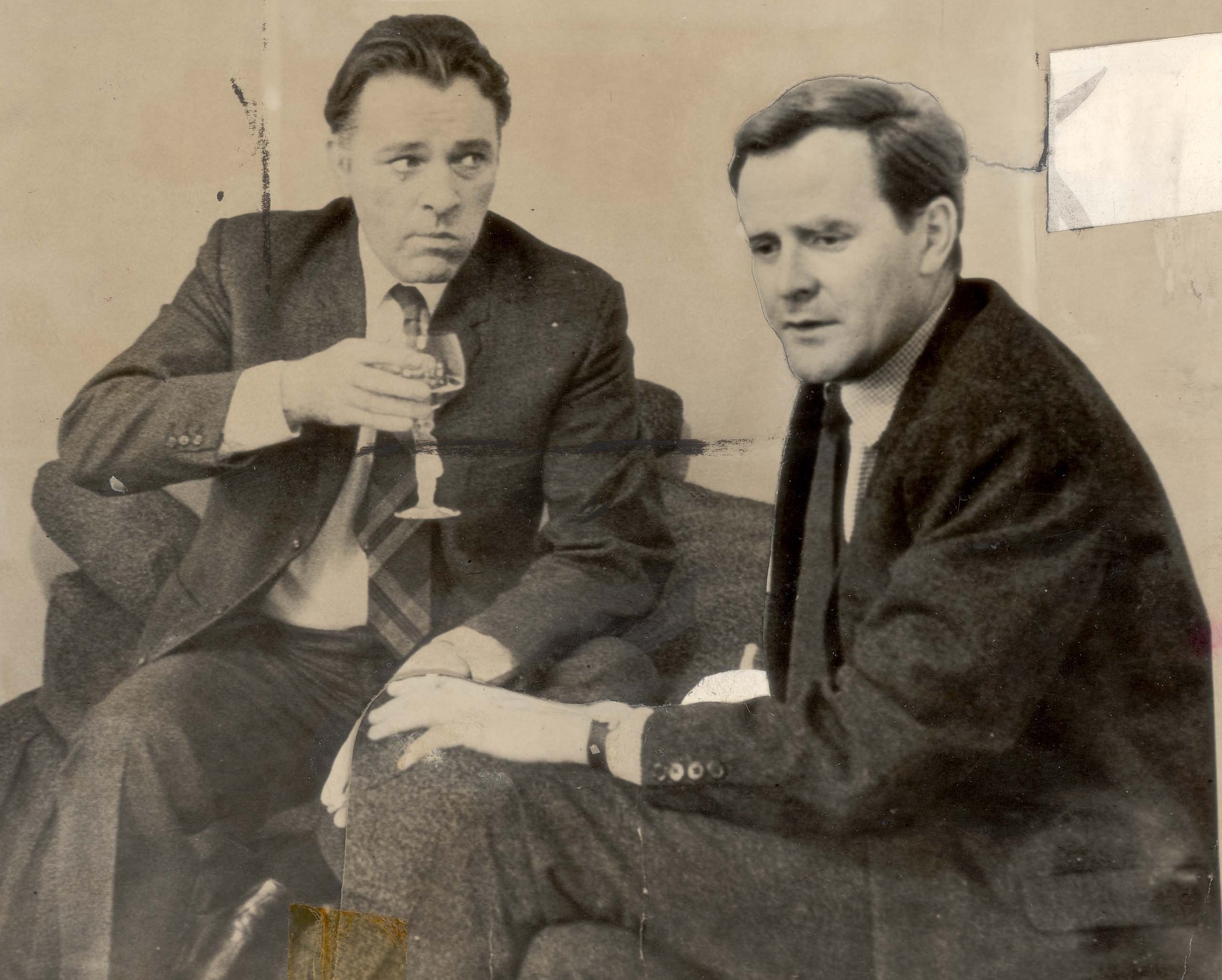 But David insisted it was completely made up – otherwise it would never have been published.

The book was turned into a hit film in 1966 starring Richard Burton, the first of many successful screen adaptations of David's work which would eventually include The Night Manager, The Constant Gardener, and Tinker Tailor Soldier Spy.

Although he was careful never to give away real intelligence secrets in his writing, some of David's former colleagues thought of him as a traitor for his negative portrayal of the Service in his books.

And they weren't the only people displeased with his literary career. 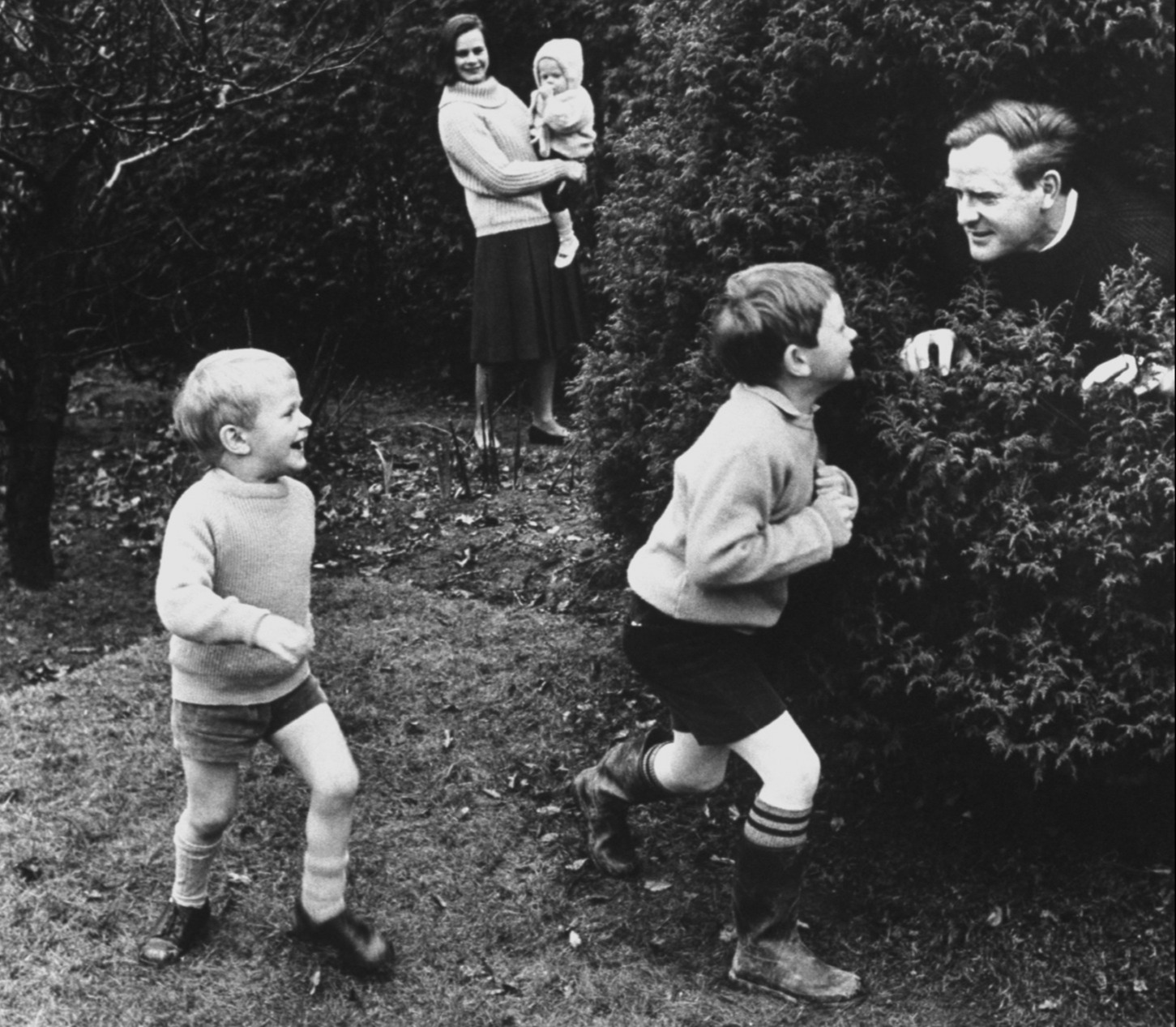 He'd married Alison Sharp while at Oxford and they had three sons together, but she became resentful of how much time and attention he gave to his new career as a writer.

They divorced in 1971 and, the following year, he married Jane Eustice, a secretary who worked in his publisher's office, going on to have a son together.

"I've had an untidy love life," he once said, "and am now settled," The Guardian reports.

While his novels may have been unpopular with British intelligence officers and Alison, they became extremely well-read around the world – including in the KGB, who made them required reading for new recruits. 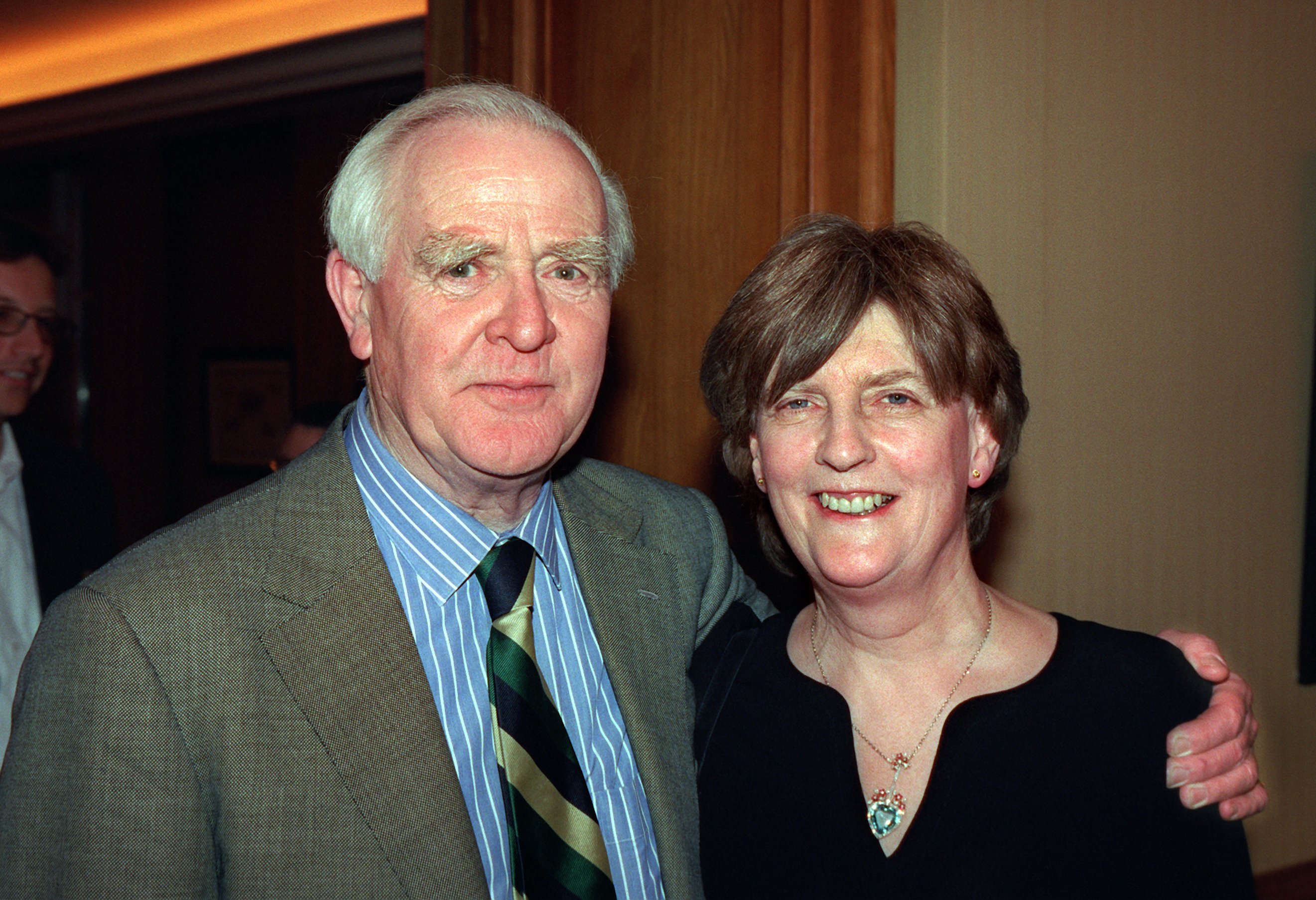 'We will not see his likes again'

In the decades since his second marriage, he lived a famously reclusive life, writing his books in a house at Land's End overlooking the sea.

“I live on a Cornish cliff and hate cities," he said of his need for solitude, The Telegraph reports. "I write and walk and swim and drink.” 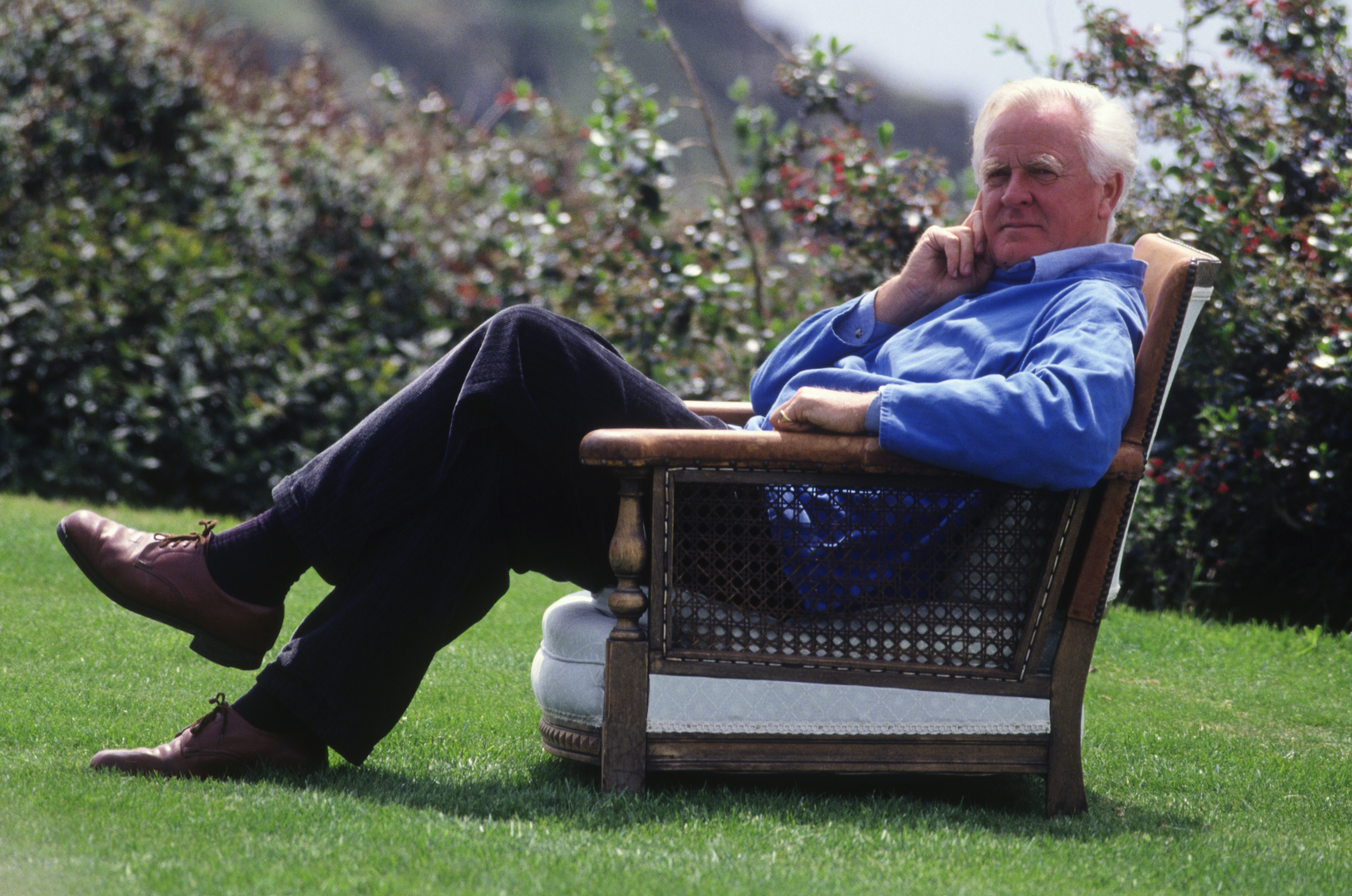 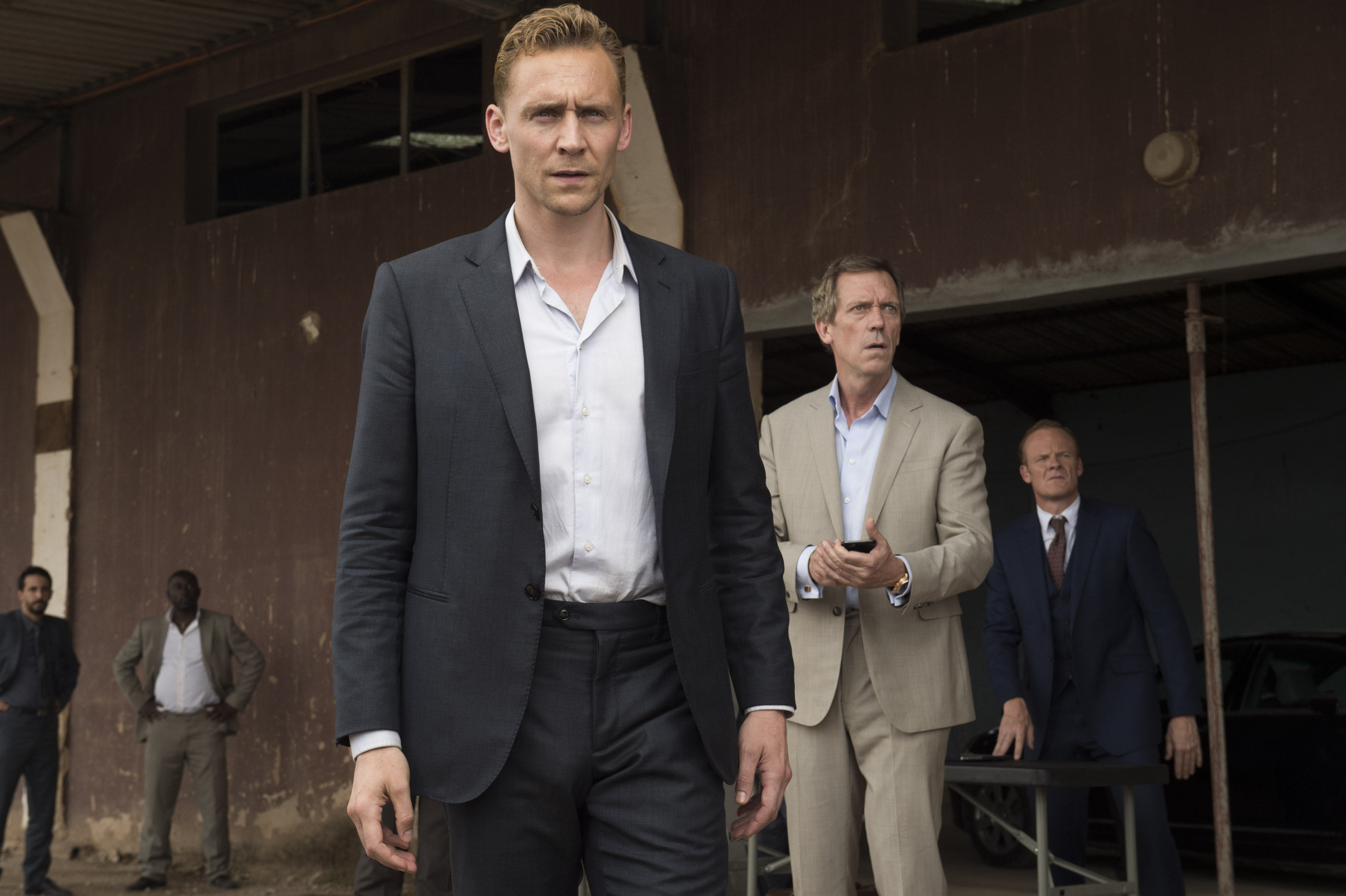 His agent, Jonny Geller, publicly shared the news of David's death from pneumonia on Sunday, expressing sympathy for his wife and four sons.

"His work was read and loved all over the world for six decades," Geller wrote of David's astonishing career.

He added: "I represented David for almost 15 years.

"I have lost a mentor, an inspiration and most importantly, a friend.

"We will not see his likes again."