KATE Middleton showed her adventurous side this afternoon as she visited Holocaust survivors at an adventure centre.

The Duchess of Cambridge visited the Air Cadet’s Windermere adventure training centre in the Lake District after it’s £2million makeover. 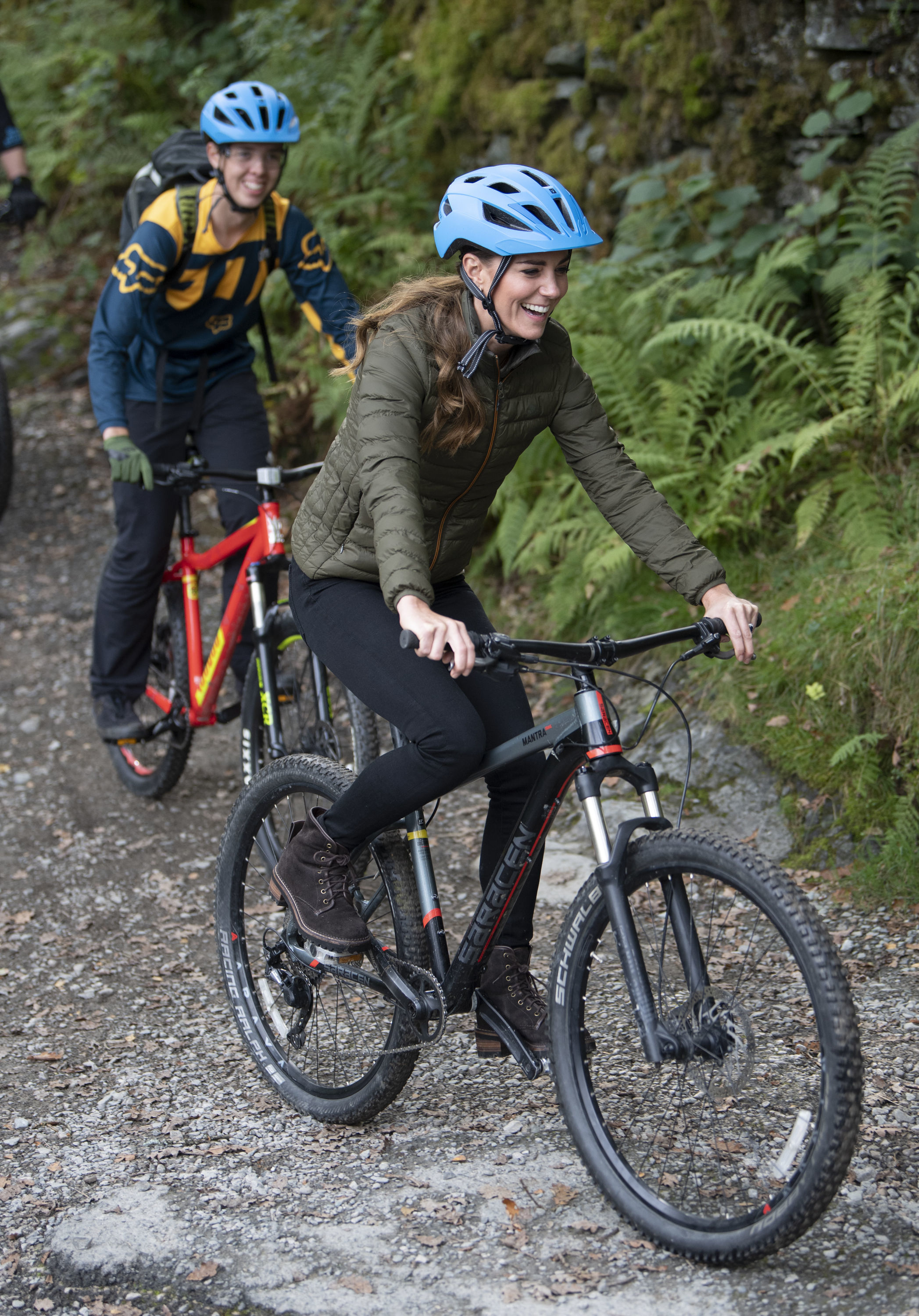 The Duchess jumped aboard a bike and raced along some country paths with members of the Air Cadets.

Kate, 39, looked in her element as she spoke to the staff and youngsters of the centre.

She donned a hard hat and safety equipment before switching her outfit to travel in the steam launched boat the Osprey from Wray Castle.

Katewas taken on the boat trip accompanied by two of the Windermere Children, who were part of a group of 300 children who survived the Holocaust.

They travelled to the Lake District in 1945 after escaping Nazi Germany, and went with the Duchess on her lake journey.

The Duchess, dressed in a grey check blazer and black walking boots, chatted with the boat’s crew as she stepped aboard.

She will get off the boat at the Windermere Jetty Museum, and will meet relatives of Holocaust survivors who will speak about the time their loved ones spent in Cumbria.

Her visit also marks the reopening of the Air Cadet’s centre, as she is an honorary air commandant.

Kate also got stuck in with the more adventurous activities, and tried her hand at abseiling.

Speaking about her experience, the Duchess wrote on Twitter: "Following the atrocities experienced in the concentration camps in 1945, a group of 300 child Holocaust survivors came here, to the Lake District, to heal from the trauma of their childhood experiences.

"This group of children were called the 'Windermere Children'. I wanted to be able to meet some of the survivors Ike & Arek in person to hear their stories; about how they went on to create their own companies, write a book & to this day, still sneak in the odd round of golf.

"It was so powerful to hear how their time in the Lakes enjoying outdoor recreation, sport and art therapy, allowed them to be able to begin to rebuild their lives and eventually, their families here in the UK." 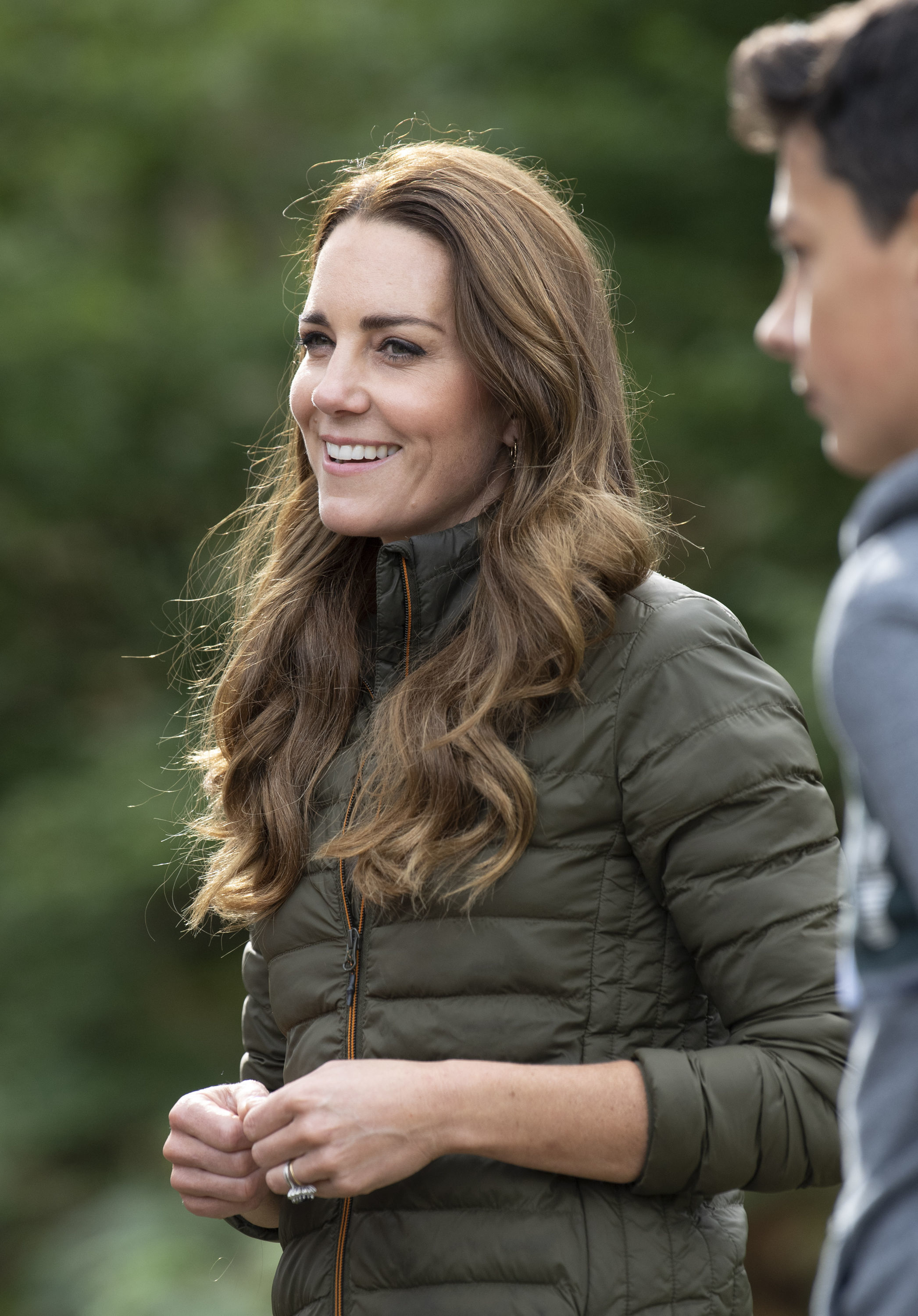 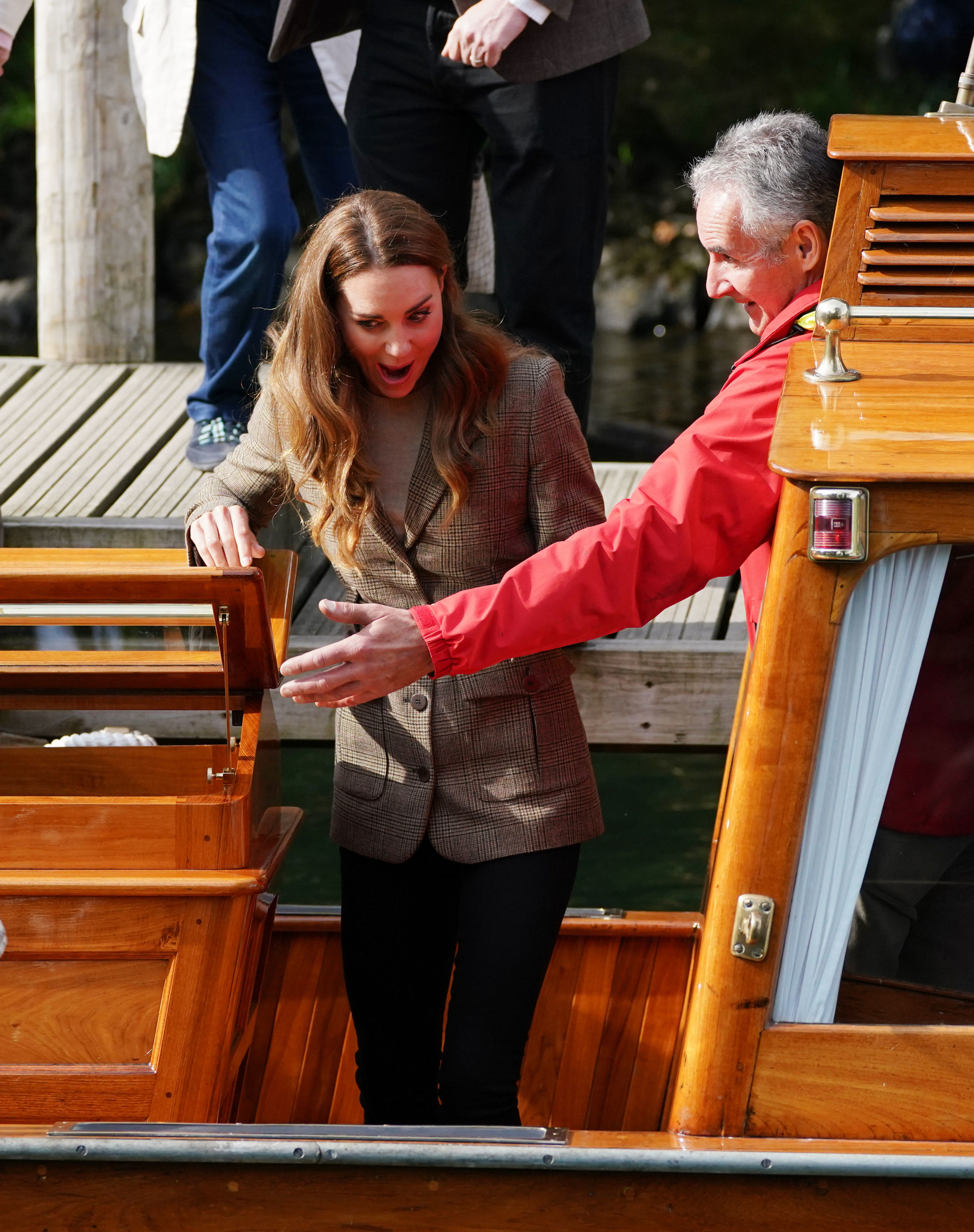 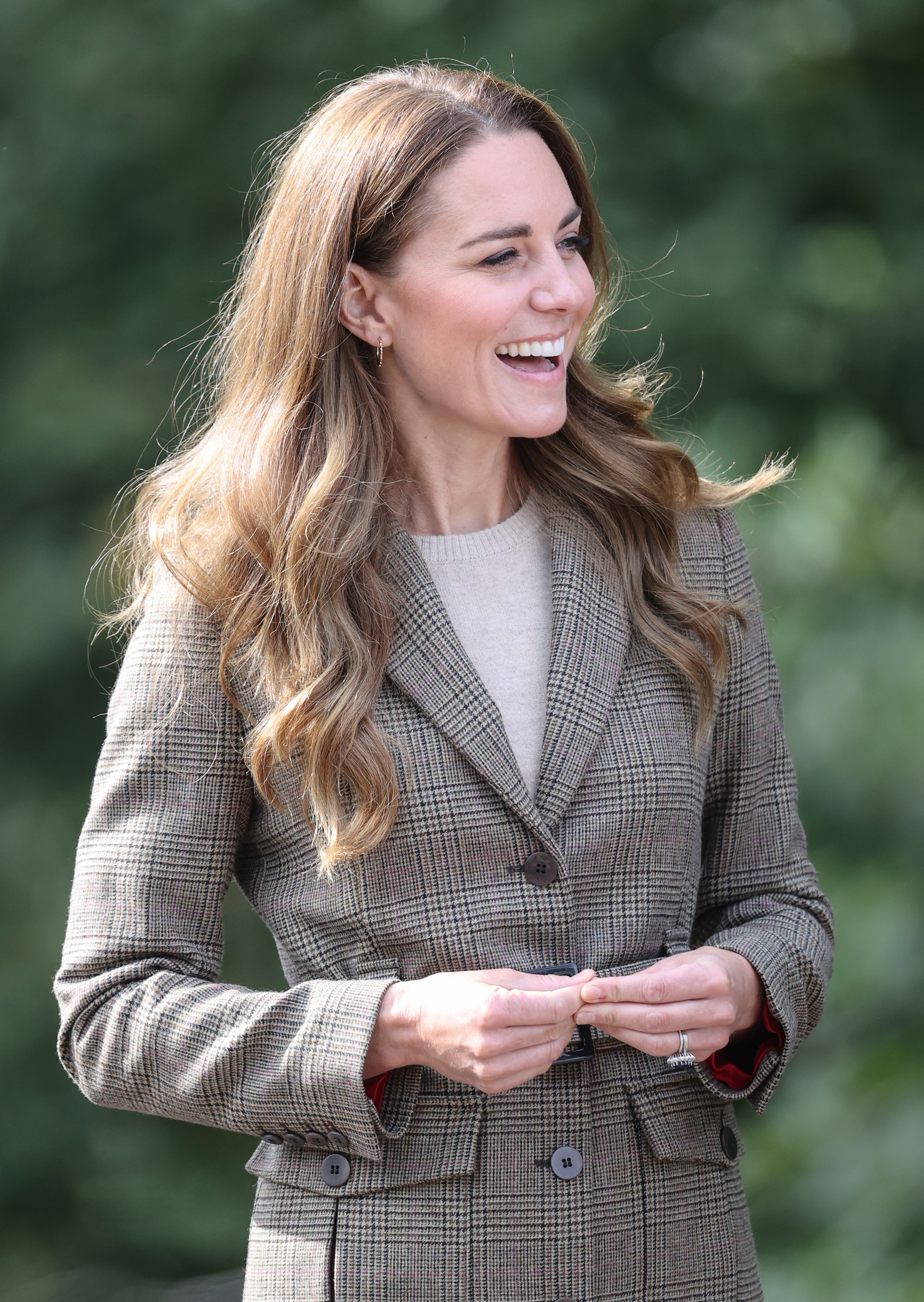 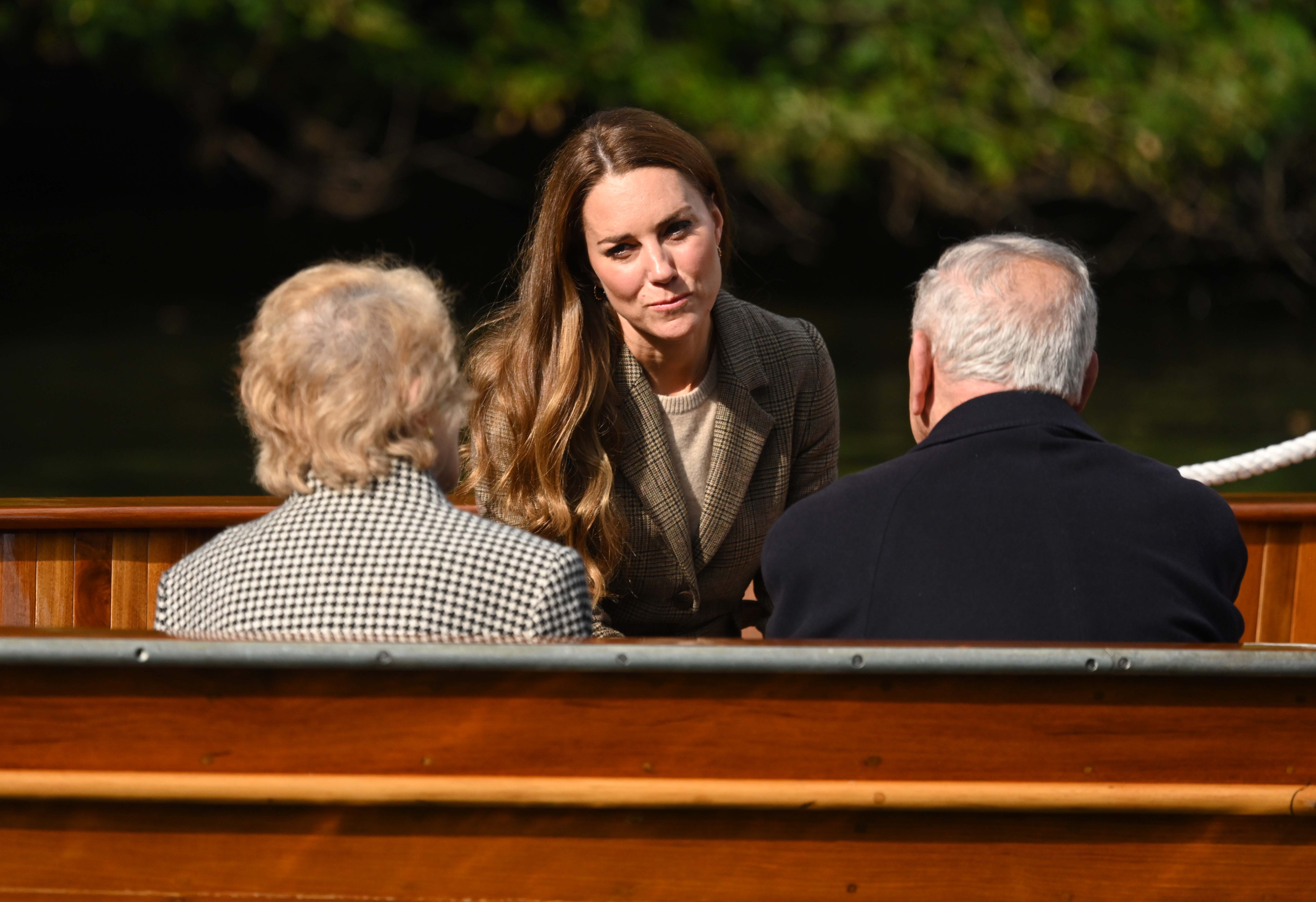