The incident took place on an icy morning on the A623 at Tideswell, Derbyshire, on Saturday January 9, with two adults and a child inside the car at the time of the crash.

Thankfully no one was badly injured despite the dramatic roll that left the grey Audi standing on its front end on the roadside. 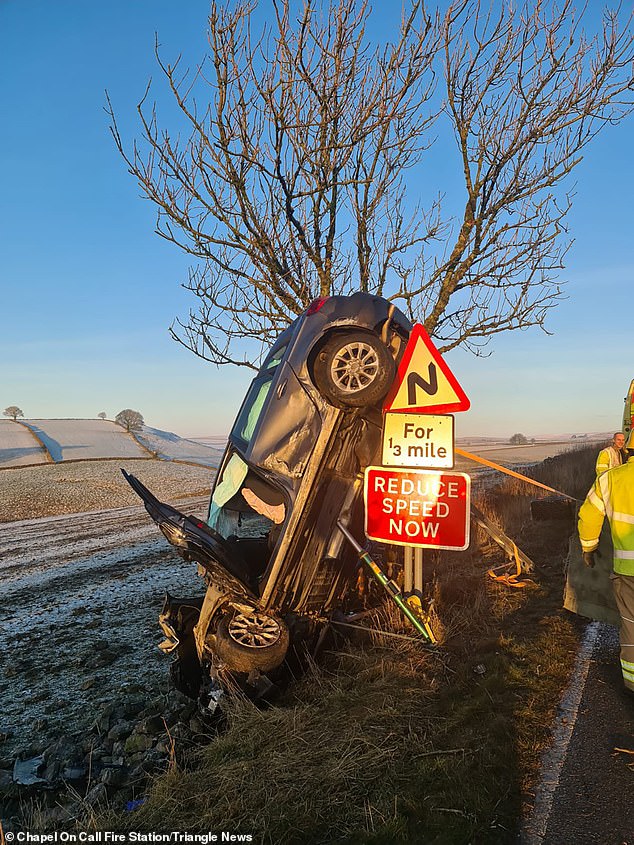 A driver and two passengers, one a child, had a lucky escape after their car ended up vertical after ironically smashing into a ‘Reduce Speed Now’ sign at Tideswell, Derbyshire, Saturday

The motorist and the two passengers were saved by the fire service after being trapped in the upended car.

Derbyshire Constabulary’s Rural Crime Team tweeted: ‘Please be careful these winter mornings. Fortunately, no-one was badly hurt here on the A623 near Tideswell.

Firemen from the nearby Chapel On Call Fire Station said: ‘We were called to a one vehicle road traffic collision on A623 Tideswell. 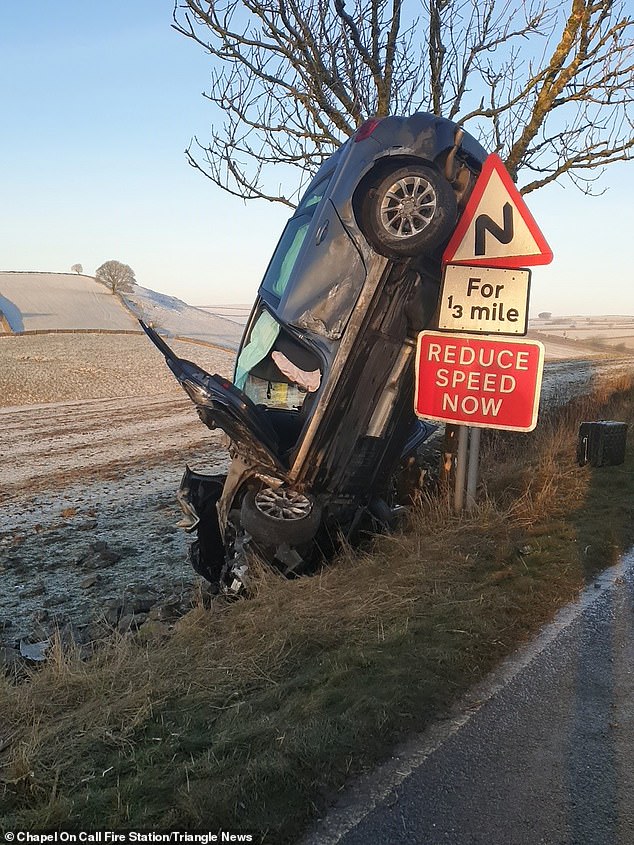 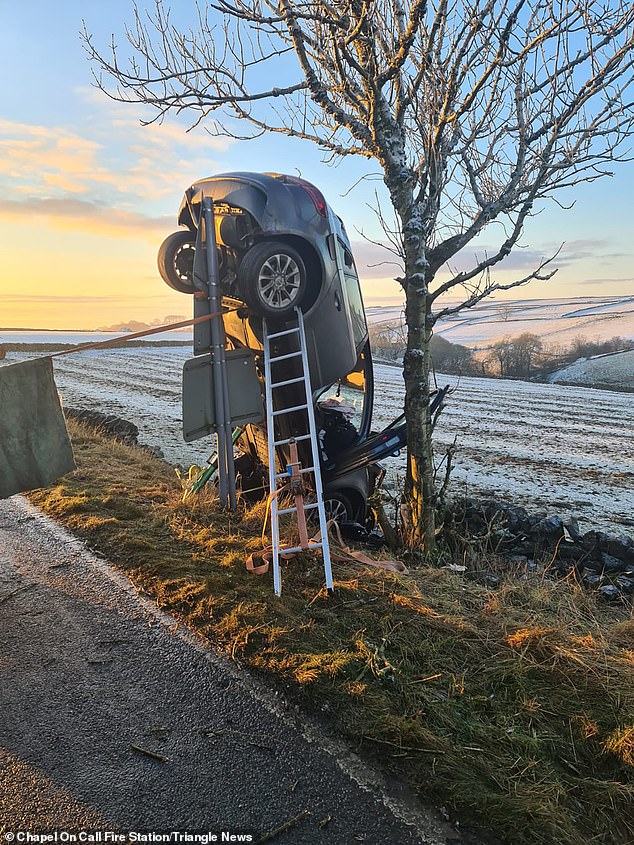 A ladder is seen propped up under the wheel of the car, after fire and rescue teams saved the occupants

Locals took to social media to question the ‘parking’, with one user writing ‘How??’.

Ed Round said: ‘I’ve often said “There’s a story behind every sign” but I wasn’t expecting it to be so literal.’

Locals took to social media to question the ‘parking’, with one user writing ‘How??’

Wayne Jones joked: ‘You need to move that sign down the road a bit.’

One local said: ‘The irony’, with Les Twigg adding: ‘To be fair, the driver did reduce speed, exactly as requested.’

Derbyshire RPU Bikers tweeted: ‘Whoever installed that sign, I want them for some garage foundations.’