The man accused of killing his fiancee’s nine-year-old daughter, Charlise Mutten, has been charged by NSW Police with further offences, including the possession of guns and child abuse material.

In January, Justin Stein, 31, was charged with murdering Charlise. They had been staying with family at Mr Stein’s family property in the Blue Mountains before she was reported missing on Friday, January 14. 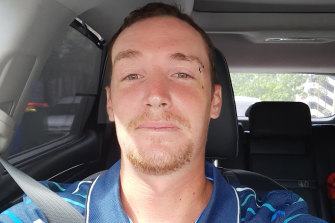 Police allege Mr Stein killed Charlise and dumped her body in a barrel near the Colo River after he allegedly attempted to take the schoolgirl’s body out in a boat and dispose of it, only for him to be unable to start the vessel.

Using CCTV, investigators tracked Stein’s journey from inner Sydney to the location her body was found on Tuesday, January 18.

Police say on February 3 they conducted a search of the Mount Wilson property and the surrounding bushland and found two firearms and ammunition. The items were seized and underwent forensic examination.

On Thursday, police visited Silverwater prison, arrested him and charged him with the additional offences as part of their investigations into the alleged murder.

He has also been charged with two counts of possessing child abuse material for unrelated matters.

Stein is due to appear before Penrith Local Court on Friday.