A MAN has died following a horrific collision with a car in South London.

Cops were called to Battersea Bridge Road shortly after 6pm this evening following reports that a vehicle had hit a pedestrian. 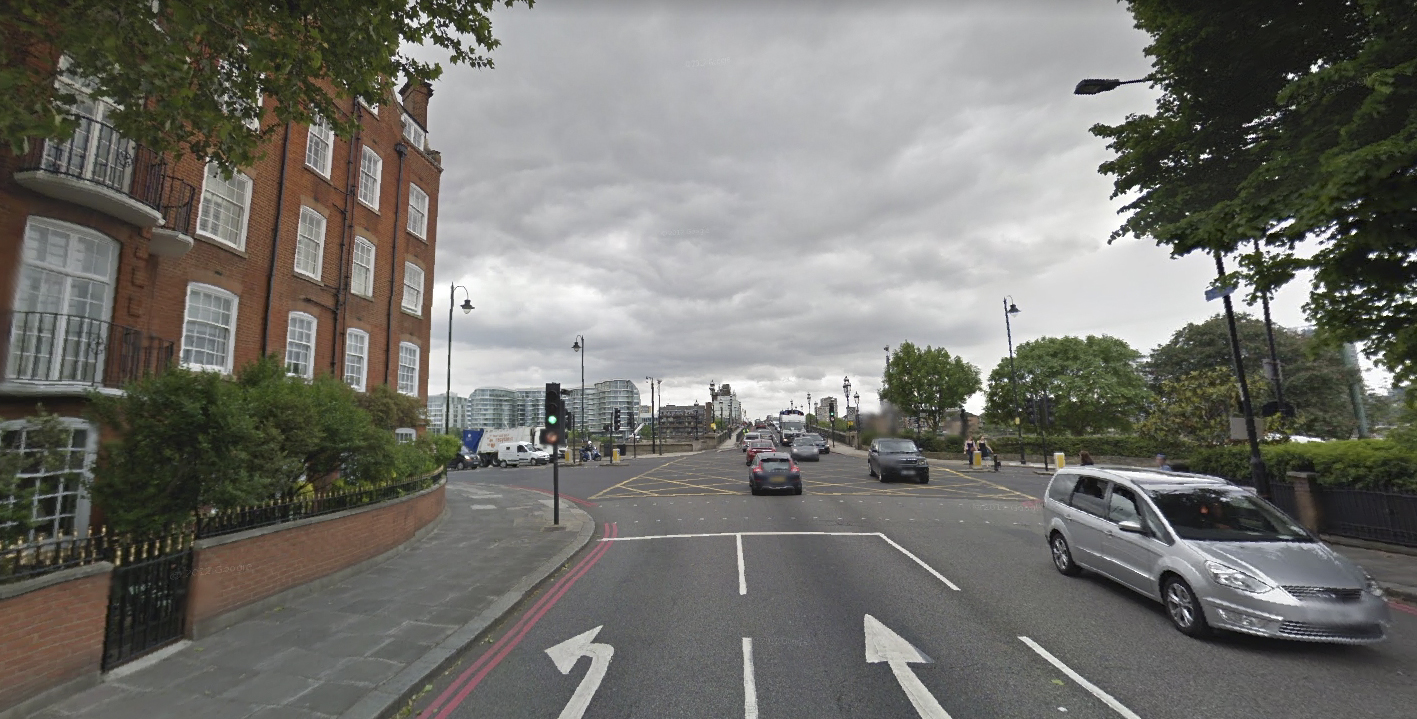 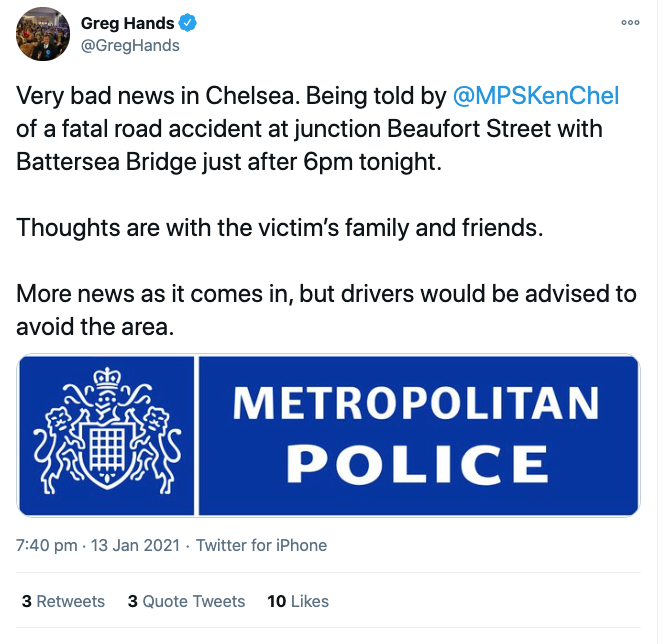 Officers raced to the scene along with paramedics from London Ambulance Service (LAS), but the pedestrian could not be saved.

Enquiries are ongoing to trace next of kin.

A cordon is in place and the road has been closed in both directions.

The driver of the car stopped at the scene and is helping police with their enquiries.

He wrote: "Very bad news in Chelsea. Being told by @MPSKenChel of a fatal road accident at junction Beaufort Street with Battersea Bridge just after 6pm tonight.

"Thoughts are with the victim’s family and friends.

"More news as it comes in, but drivers would be advised to avoid the area."